Our installation is inspired from the meaning of Nan yang; derived from the Southern Sea. We want to develop awareness on the school’s heritage by making reference to the origin of the school’s name, represented by a form that is both fluid and dynamic; combining private and public spaces in a seamless transition in a single installation to encourage people in NTU to interact with the installation in both personal and shared ways.

Returning to concept 1 (lighter form) in week 5, we continued to explore the mass and void in a fluid structure to be placed in a natural space within NTU.

From feedbacks received in week 6, we would like to move away from the form of a moebius loop and return to the ribbon form that open and moves. Also, we have decided to subtract any straight folds and corners so as to avoid interrupting the fluid motion of the sculptural installation. We would also like to adopt using different materials/ different construction techniques to reinforce the utilitarian aspects of the installation without compromising on the emotional aesthetics that the sculptural form exude.

To give ourselves a better understanding of how to construct the fluid form and integrate different materials into its construction, we draw inspiration from a few existing architecture, installation and furniture works. 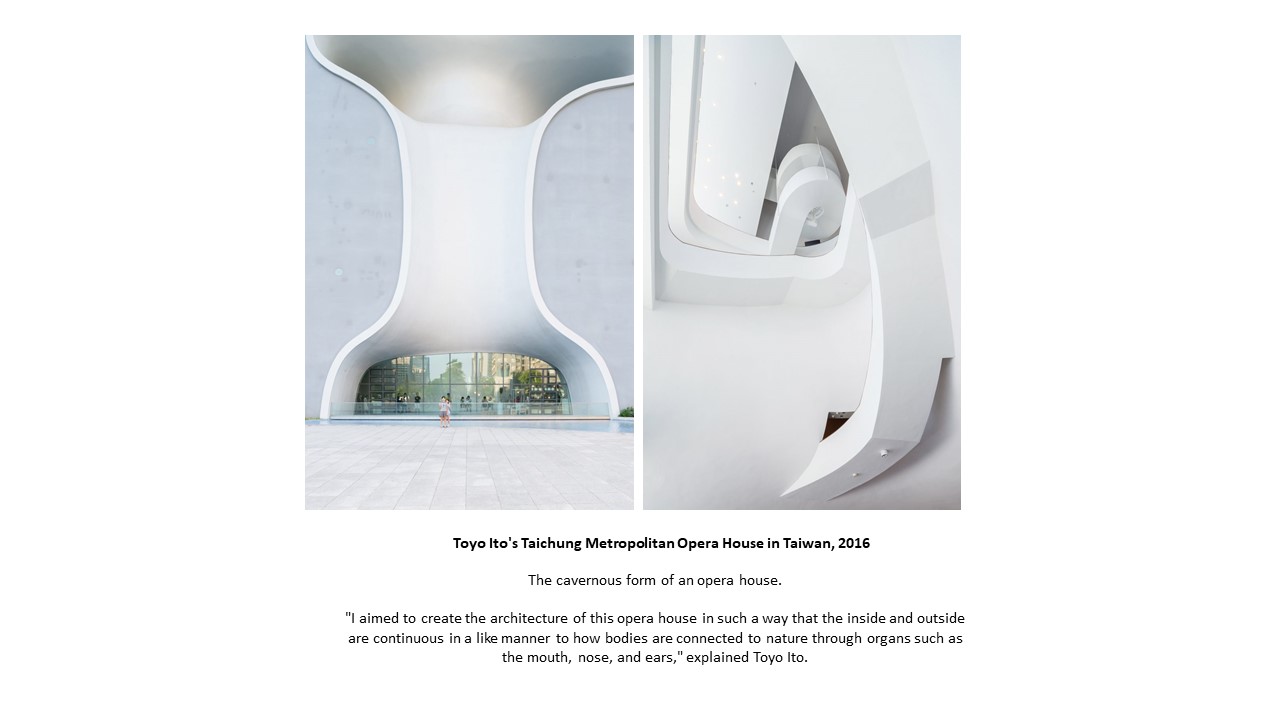 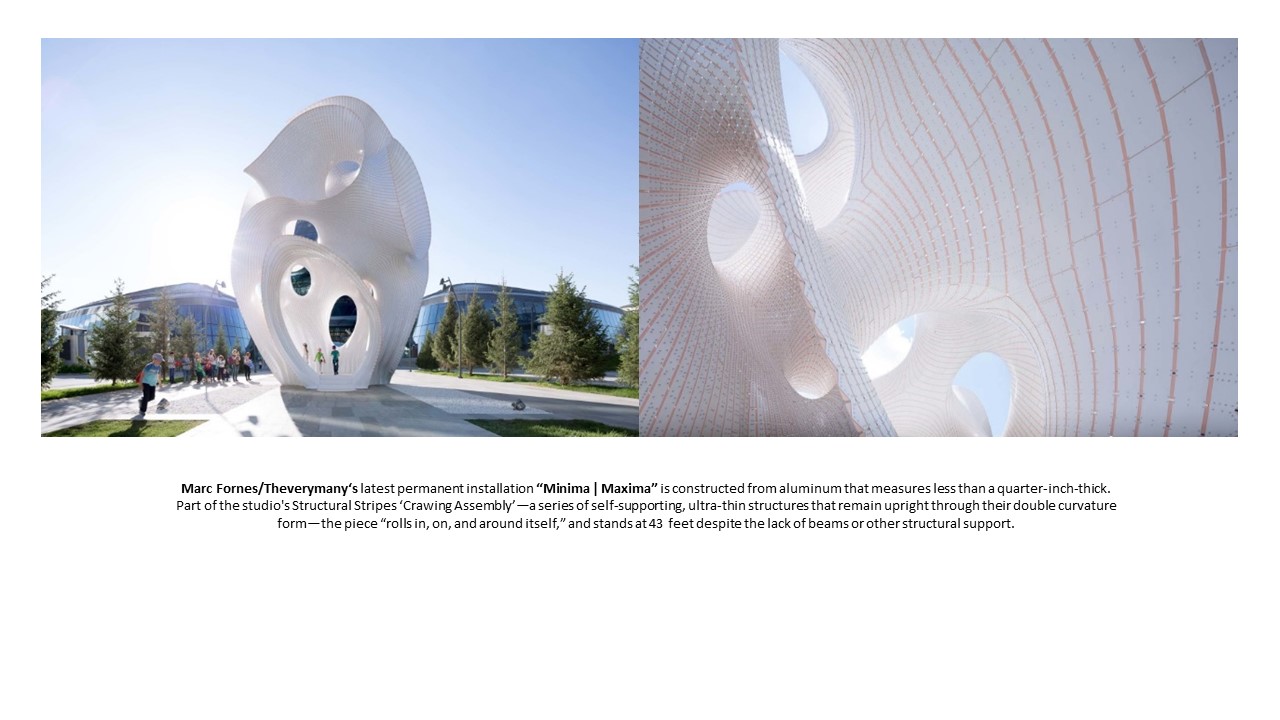 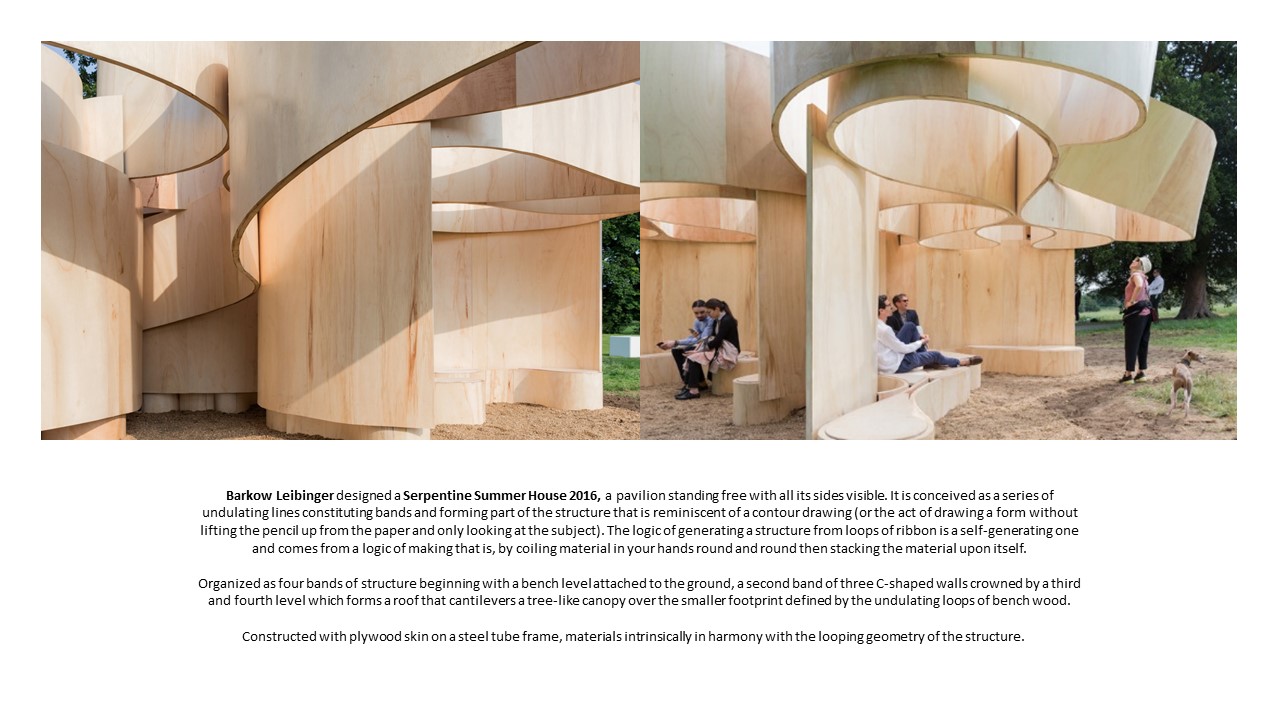 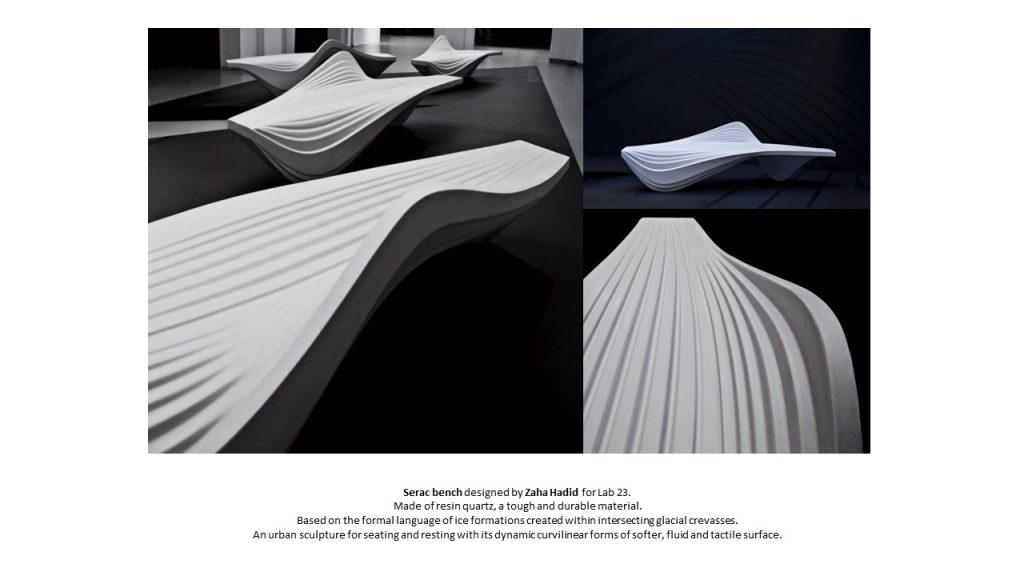 Incorporation (translating the meaning of fluidity into sculptural forms)

Making reference to the Seville roof, we developed the ribbon form that begins as an open roof, intended to be constructed in a similar way to the Seville roof, that curves into a closer space (material becomes denser with closed grids to eventually taper and join with the ground).

As a development to the ribbon form, we research on fluid forms by looking at Toyo Ito’s Taichung Metropolitan Opera House, Barkow Leibinger’s Serpentine Summer House 2016 and Zaha Hadid’s Serac Bench. We extended and folded one edge of the curvilinear plane to create a more organic form that incorporates utilitarian considerations for the sculpture to serve both functions as a private and public space.

For the construction of the foam model, we thought of making reference to Marc Fornes/Theverymany‘s installation “Minima | Maxima” with the use of aluminium modules or joining wooden plates together in a similar fashion to create the curved surfaces.

To emphasize on the personal space within the sculpture, we choose to seamlessly integrate the gridded structure from earlier development into the later development to serve as an open shelter without interrupting the fluidity of the form.

By representing the roof with the uniform gridded form, we want to reinforce the personal space within the installation and encourage our audience in the space to engage in visual meditation with the gridded shadow and its illuminated square voids casted upon him by the natural light. We hope that the user can focus on his consciousness as he meditates in the circular void sheltered by the square grids to achieve inner peace.

In a more symbolic explanation, the square provides well established boundary lines whilst the circle defines area. While the boundary lines of the square gives the user the feeling of security, its sharp edges and corners is observed by people outside the space as a delimitation, a sign that tells them not to go beyond the lines.

We would like to research in detail to find out which materials and construction methods work best to bring out the fluidity of the form.