The location that I was tasked to make a zine on is “Changi”. When I hear the name “Changi”, I think of ghosts and all things haunted due to the countless ghost stories that have been fed to me. Thus, I wanted my zine to have a creepy/scary theme.

To start, I decided on the colours of the zine. I wanted the zine to not look too “busy” in terms of colours hence I decided on only three colours: red, black and white. I chose red as the dominant colour as it is found in most horror films/images. Red holds connotations of death/blood and danger. It is also linked to a sense of fear which is what I would like to invoke in this zine. Black and white are also incorporated in the zine upon learning that black and white actually represent death/mourning in different cultures. They also stimulate the eyes and excite senses which keeps the zine interesting. These colours would thus enhance and intensify the “fear factor” in the zine.

I was inspired by the colours of these popular horror movie posters where you can see red, black and white heavily used:

In the zine, I think I would lay unique “ghosts” around on the different landmarks of Changi such as the prison, beach and hospital which are more famous for ghost sightings. As I have presented, these areas are ridden with deaths having been a place of war and massacres.

Inspired by these artworks, I think I am going to go for a crowded look in the zine where the drawings are close to one another and perhaps big/vary in size.

While looking for inspiration on Pinterest, I chanced upon two artists who I think I would like to emulate their styles in this project: Koryl purposely disfigures the human figures in her drawings. I liked the idea of drawing what are human beings but not exactly. She would pull/connect different parts of the face or body and even add additional parts which makes the figures disproportionate. I want the “ghosts” in my zine to still be identifiable as a human being despite looking distorted and quirky as in Koryl’s drawings. 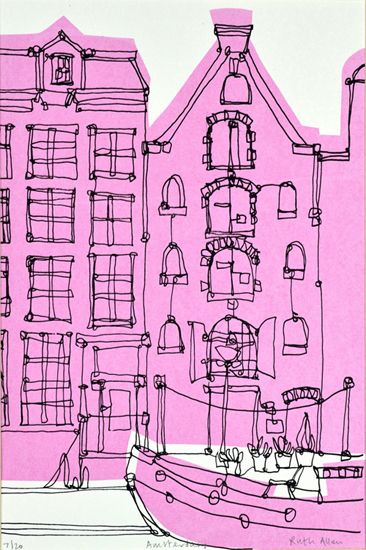 I like her sketchy style of drawing. It looks so quick and simple yet very eye-catching. Mostly, she uses a single colour on the buildings and does not fill them in fully. In fact, she colours out of the lines. Maybe I will emulate her style in my drawing of the different buildings.

And here’s my really ugly and rushed first sketches. I swear it gets better in my next post (I hope). 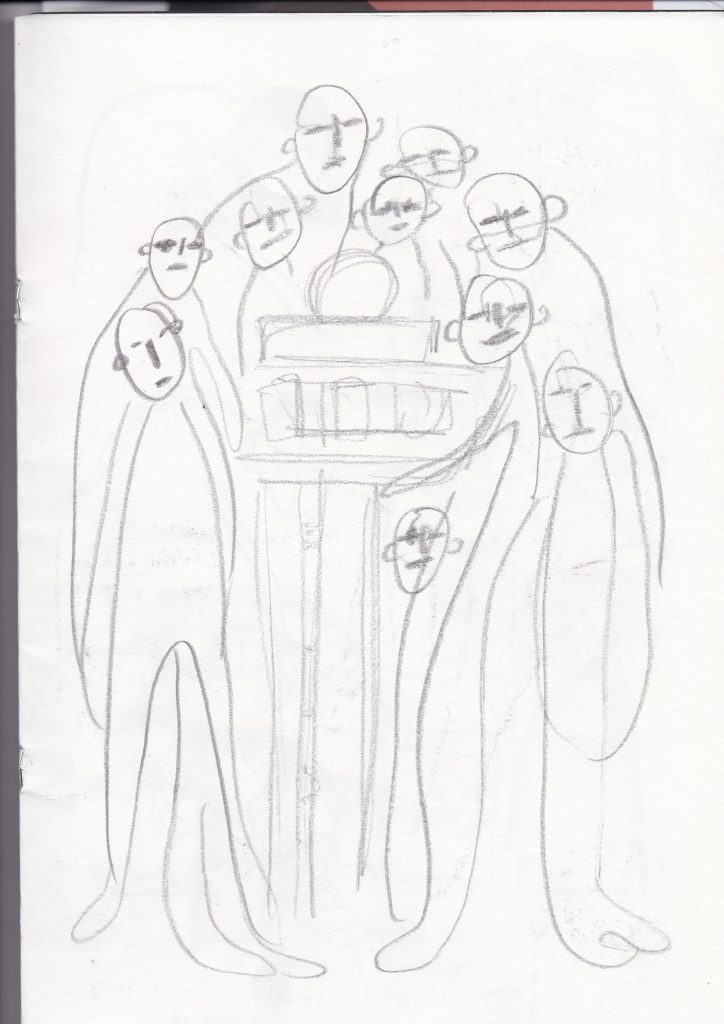 I begin figuring out the placements of the figures and buildings in the sketches below. 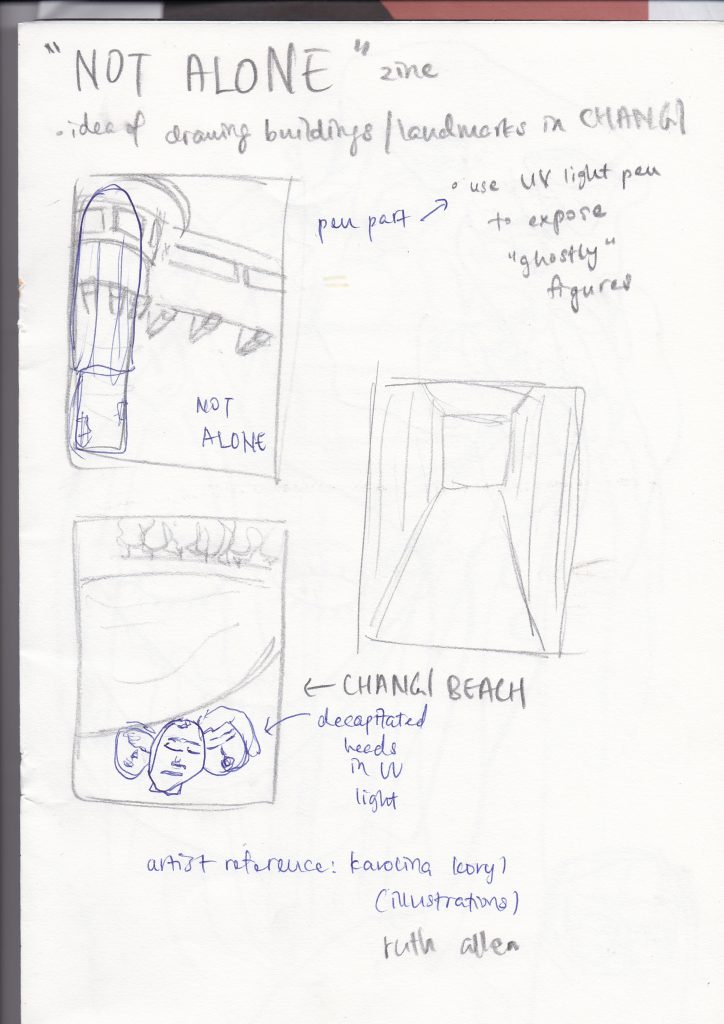 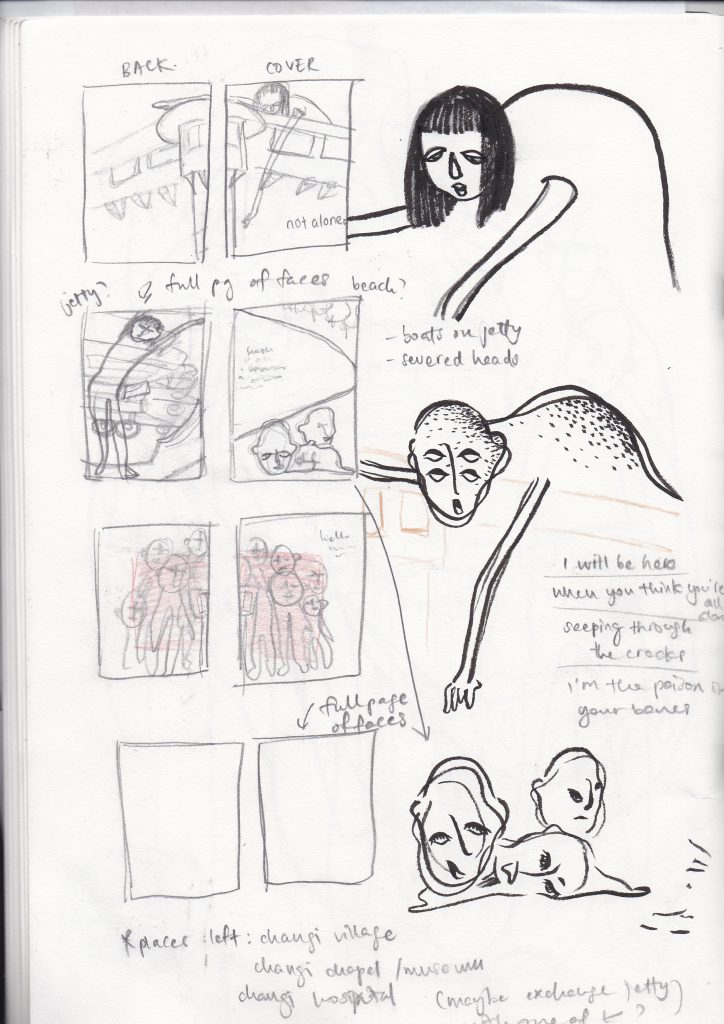 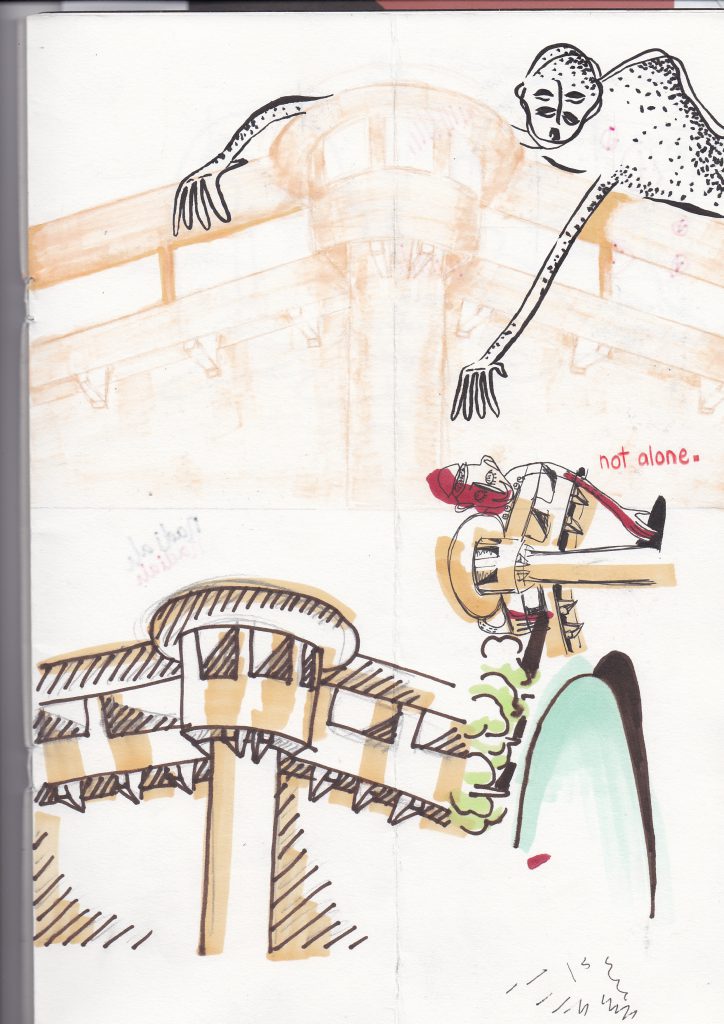 Check out my process post to see me make my ideas come alive!

One thought on “Locale – RESEARCH”