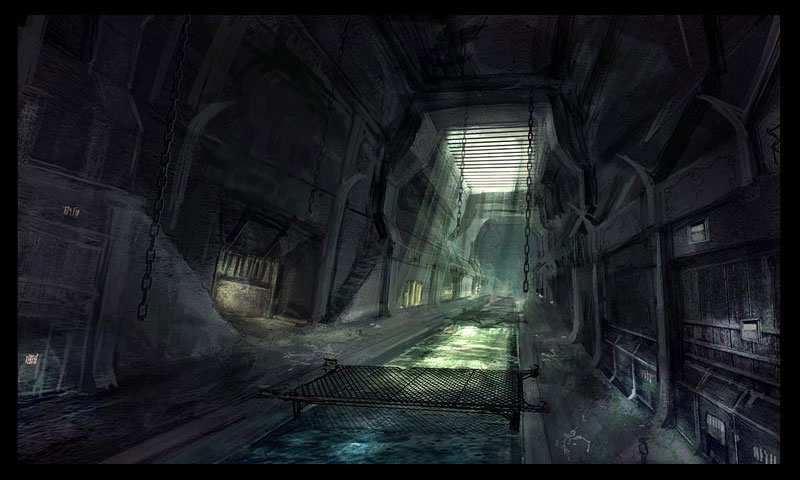 Narrative: Man runs away from a mysterious enemy during a rainy night. He manages to hide in an underground sewers. As things are seemingly calmer, he then removes a wound from his flesh painfully and tries to make contact via his communication device but it fails. Suddenly, something menacing approaches from a distance. He loads his gun and awaits in fear… 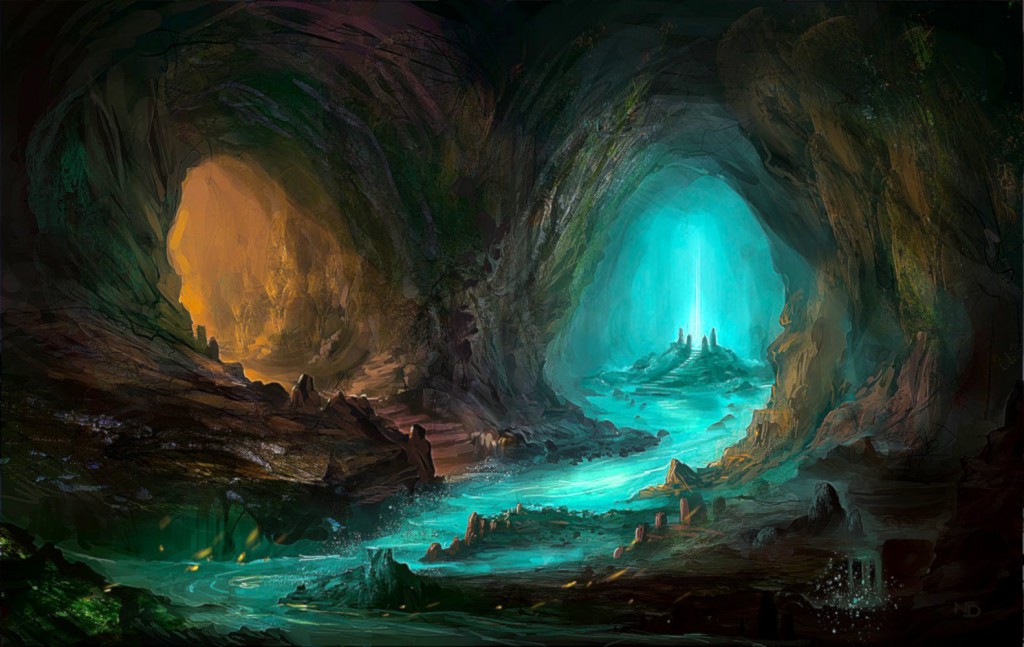 Narrative: Breaking down a cave wall with magic, a group walks inside, treading carefully. The sound of creatures lurking in the dark echoes the area. Soon, they get ambushed and fight the vicious beasts with weapons and magic. 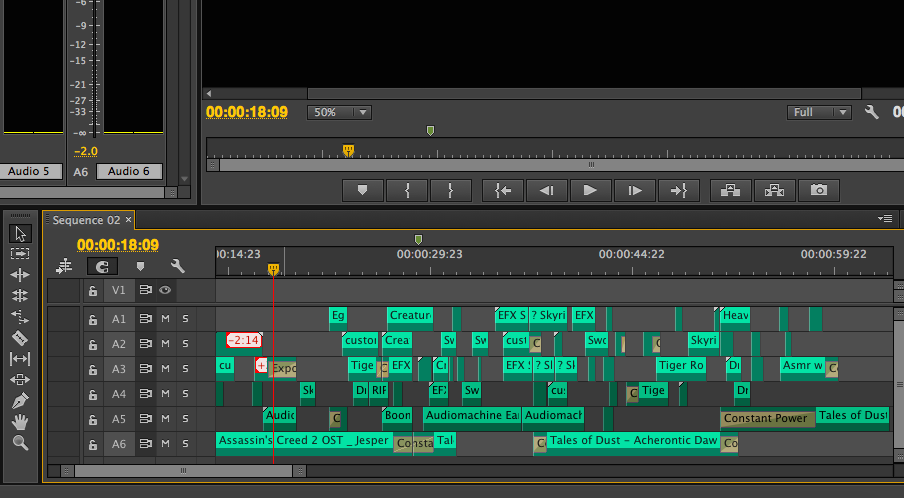 Panning: To suggest positioning of character/object and movement

Music: Cueing sounds with the music was imperative to create the intended feeling, e.g. when the music rises in tension, the scene is expected to take for a more intense turn and thus the sound effects have to suggest that as well

Volume – Background and Foreground: I suggested depth in the sound in terms of softer background noises and louder sounds to show the distance.

Volume – Emphasis: To emphasise certain scenes, I would increase the volume either abruptly (via Touch) or gradually (via Latch) for build up.

Sound mastering: Overall, toggling the volume of the different sounds was important to create a balanced master mix. Even if some sounds were meant to be louder, I made sure that no particular sound was jarringly loud and all sounds would flow for a cinematic and professional feel.

I experimented with various sounds through Audacity. I recorded some of creature sounds and loud thuds. Here’s a video of the process of editing of sounds to get intended effect.

I mainly looked like survival horror elements from games and films (e.g. The Hunger Games, The Maze Runner) whereby the character is helpless, fearful for something unknown that is to come. The element of suspense would be stronger through the music and sound effects (e.g. ominous sound from a distance) to imply fear.

Prologue scene of a game, ‘Metal Gear Solid V: The Phantom Pain’, where protagonist wakes up in a hospital that soon turns into a bloody massacre. Sound design is done very well to show immense feeling of helplessness and weakness, along with fear for life.

Suspenseful scene in ‘War of the Worlds’, a Steven Spielberg sci-fi movie where the characters are hiding away from a terrific robot in the basement. Sound design like heavy breathing, light steps and doom suspense music are all used to make the viewers fear for the characters.

Fantasy epic films often make use of music to emphasise certain scenes. Lord of the Rings is the example I will highlight.

A scene whereby the characters walk into a cave and discover enemies hiding in the cave (orcs and cave troll), then proceeds to fight them. It can be seen how the music score is timed very nicely with the sound effects for dramatisation.

Another reference I used was fantasy game trailers, in which this is ‘The Elder Scrolls Online’, because of the great sound design and particularly even with the lack of dialogue. With no speech, the emphasis was purely on the sound effects and music to tell a story.