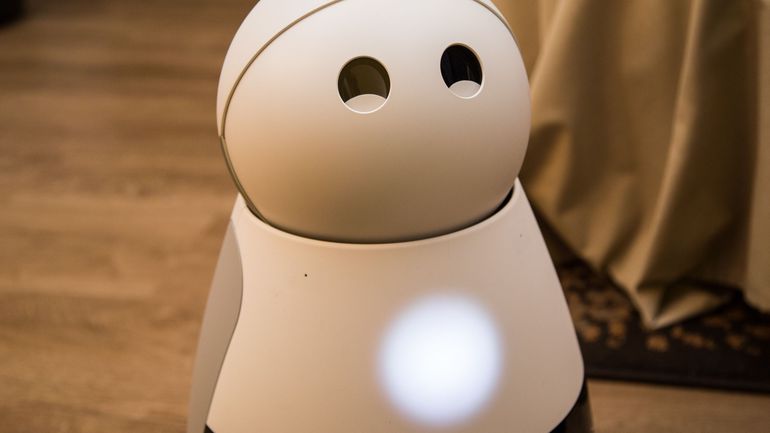 Meet Kuri, the Home Robot also marketed as a robot nanny that serves both as a security camera and entertainment companion to the children in the house.

Smart Homes are increasingly popular, with a great consumer demand for smart devices from smart TVs, home appliances and now, smart robot helpers. The development of Kuri is a huge step forward in the relatively new field of smart home technology. Friendly robot helpers used to only be a fantasy, existing only in movies like Baymax in Big Hero 6. However, now it is turning into reality with the invention of Kuri. Designed like a Pixar character, Kuri takes on an adorable appearance and will be easily endeared by family members. Its appearance is not its only selling point, but it has many smart features as well – it functions as a security camera, virtual assistant, companion and mobile entertainment device. It is constantly updated with new technology with the existence of a mobile app to install updates.

Kuri was designed with natural interaction in mind. By its physical appearance representing a likable Pixar movie character, people will feel more comfortable with it. Moreover, its behaviour is designed to be very affectionate and calming as well – the way its head tilts to look at its owner, the ability for it to “blink”, the adorable body shape, the way it moves, its inviting gestures and sounds – all of these choices are to make the owner feel at ease.

Kuri is an intelligent robot with features of a security camera, virtual assistant, companion and mobile entertainment device. As an crossover as a companion and entertainment device, Kuri can read to the child a bedtime story, or it can play podcasts or play games with the owner. It can also take photos for the family, in which this camera acts as surveillance if no one is at home. Its intelligence is demonstrated through its ability to adapt and respond smartly – it has sensors to recognize components in the house thus it will not bump into obstacles, plus it has voice recognition to recognize/respond to the owner. Lastly, the existence of a companion iOS/Android app allows Kuri to be customizable, also allowing its firmware to be kept updated.

It even has its own quirks – it is able to capture candid moments of family members when it deems fit, plus it can dance along to the music that the members play as well.

Video on the Making of Kuri, along with its features

Camera behind its “eyes” – Serves as a security camera, but also a HD-camera that performs well under low-light conditions

Mapping sensors – Allows the robot to navigate around the house seamlessly, generating a map recognition of the house and recognizing the obstacles in its path

Four-directional microphone – With voice recognition and sensor to react to strange noises at home, or the owner’s voice

Rotary Motors – Used to generate gestures but more importantly, the wheels at the base of the robot enables it to travel around the house, plus it is suited for many kinds of floor from carpet to gravel.

Processors – It has processors to adapt to voice recognition

Pros- As mentioned from above, Kuri has many fascinating features, breaking boundaries as a smart appliance. It is one of the world’s first robot helper, functioning beyond a utility tool but also a companion. There are many pros in this devices.

Cons- This technology is however still rather new, there are definitely bound to have moments where the robot react in a non-ideal manner- but this is difficult to gauge as the product has not been launched officially.

Also, Kuri is unable to do any physical work. Ability to perform physical household work is a huge plus factor to have.

Cost is definitely a factor that deters consumers, in which price competitiveness only improves when technology becomes more developed.

Kuri can have a healthcare system, adapted from Apple fitness apps e.g. remind 5-a-day meall plan, users can key in their nutrition/exercise plan and Kuri can serve as reminder or checker. It could cater towards to elderly/children of the home too e.g. alarm reminder for medicine, serving medicine to elderly.

The next huge step for Kuri could potentially be developing its ability to perform physical household tasks.

Overall, this is a wonderful device with many potential development that could allow it to break more boundaries in smart homes.

In this game, there will be 2 players in each round (1 V 1). Each player will wear a belt that contains a gyro sensor, and will hold a remote that contains Gyro+Accelerator Sensor.

The belt will detect the player’s rotation aka spinning, in which it translates to the up/down movement of the paddle. At the same time, the paddle’s tilt position is randomized. Thus, the player have to use the physical remote to counter-balance the tilt position. 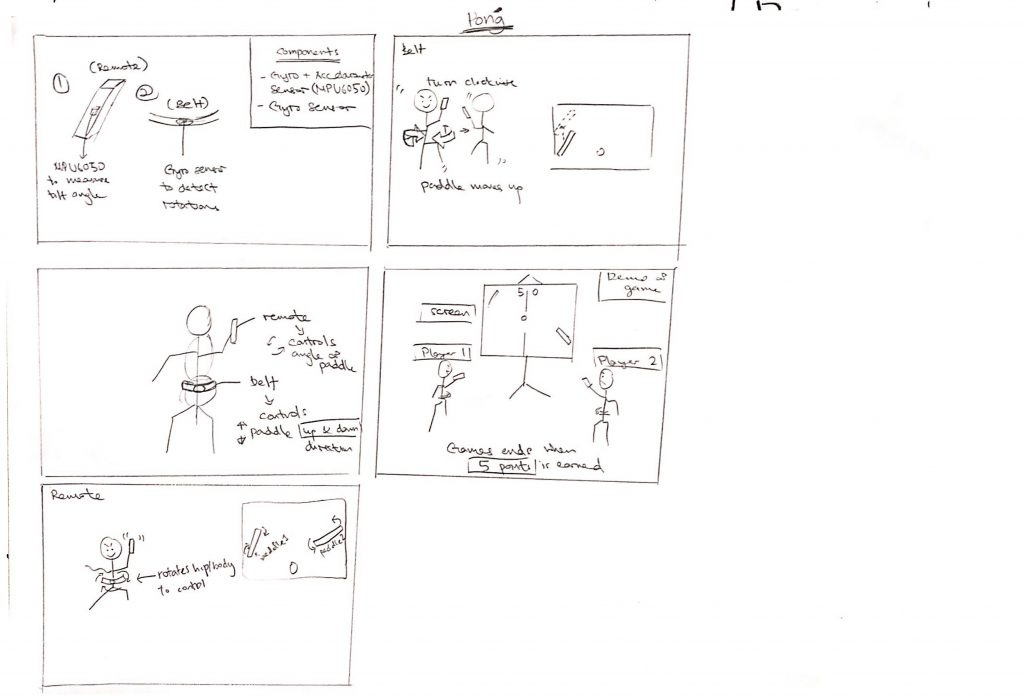 Storyboard of our ideation 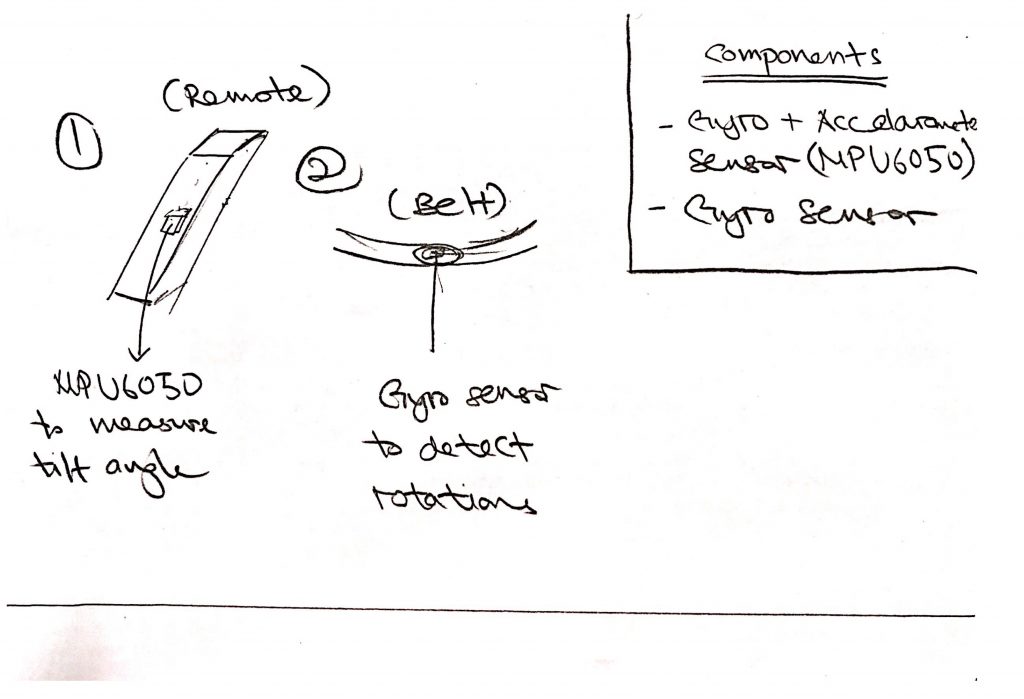 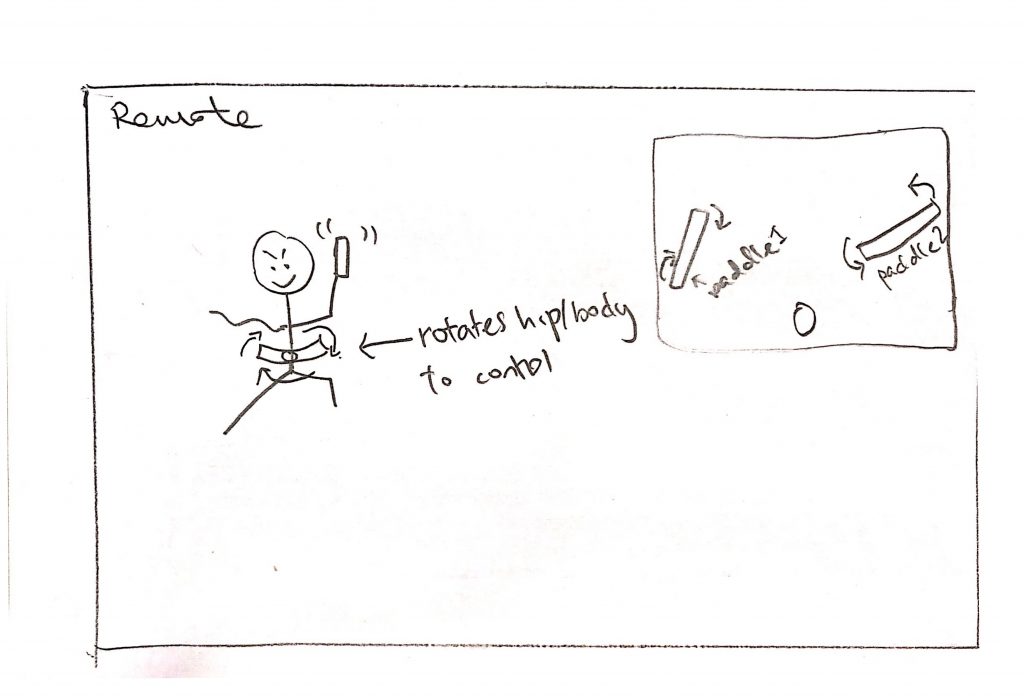 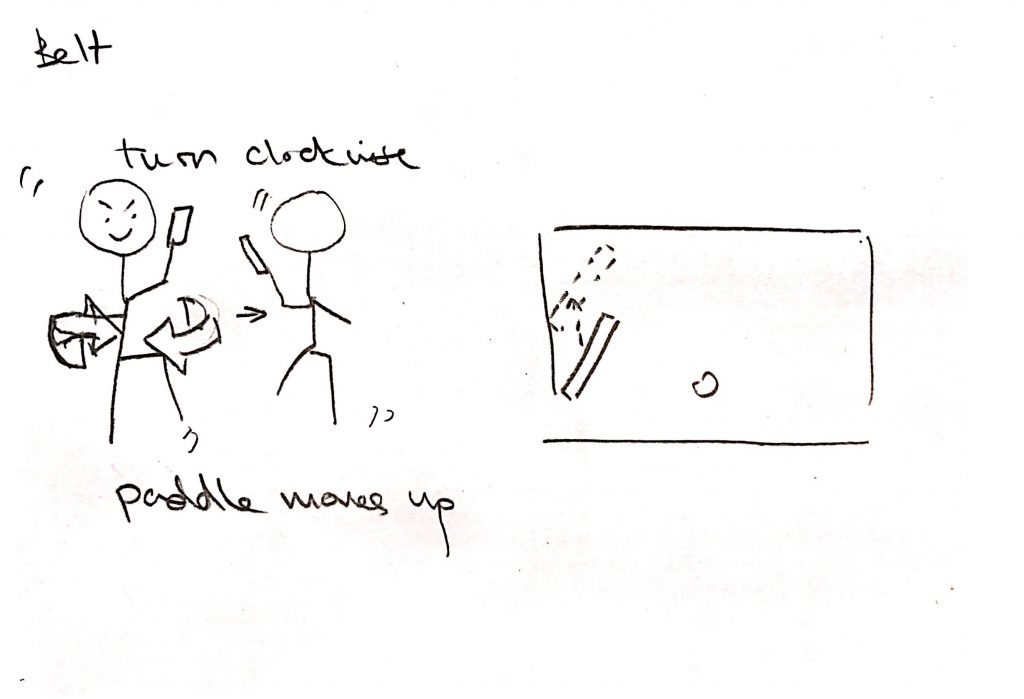 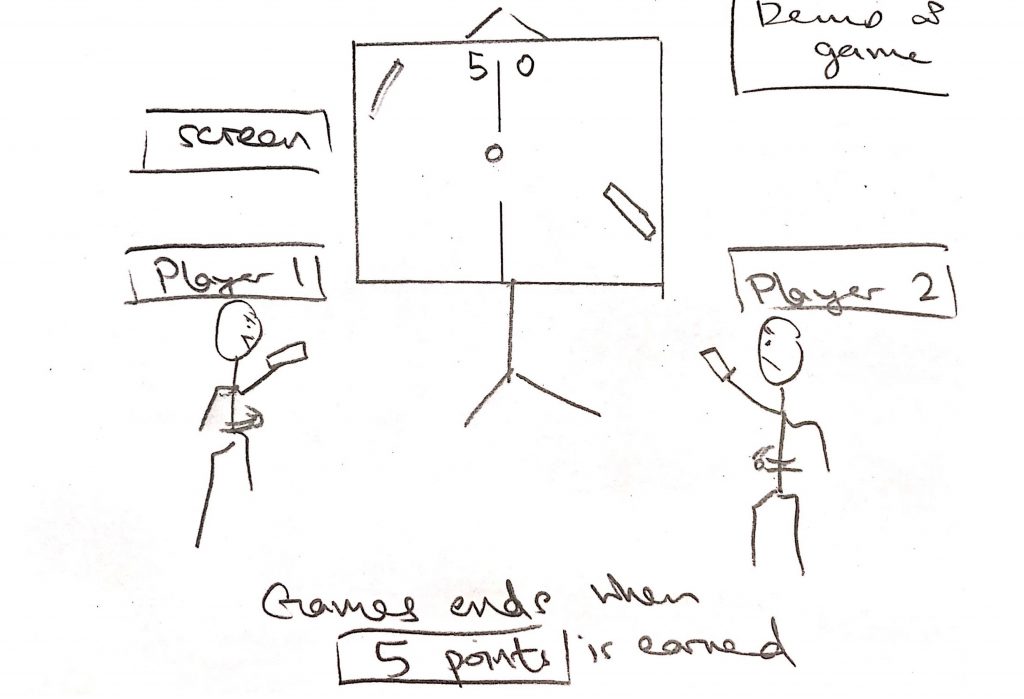