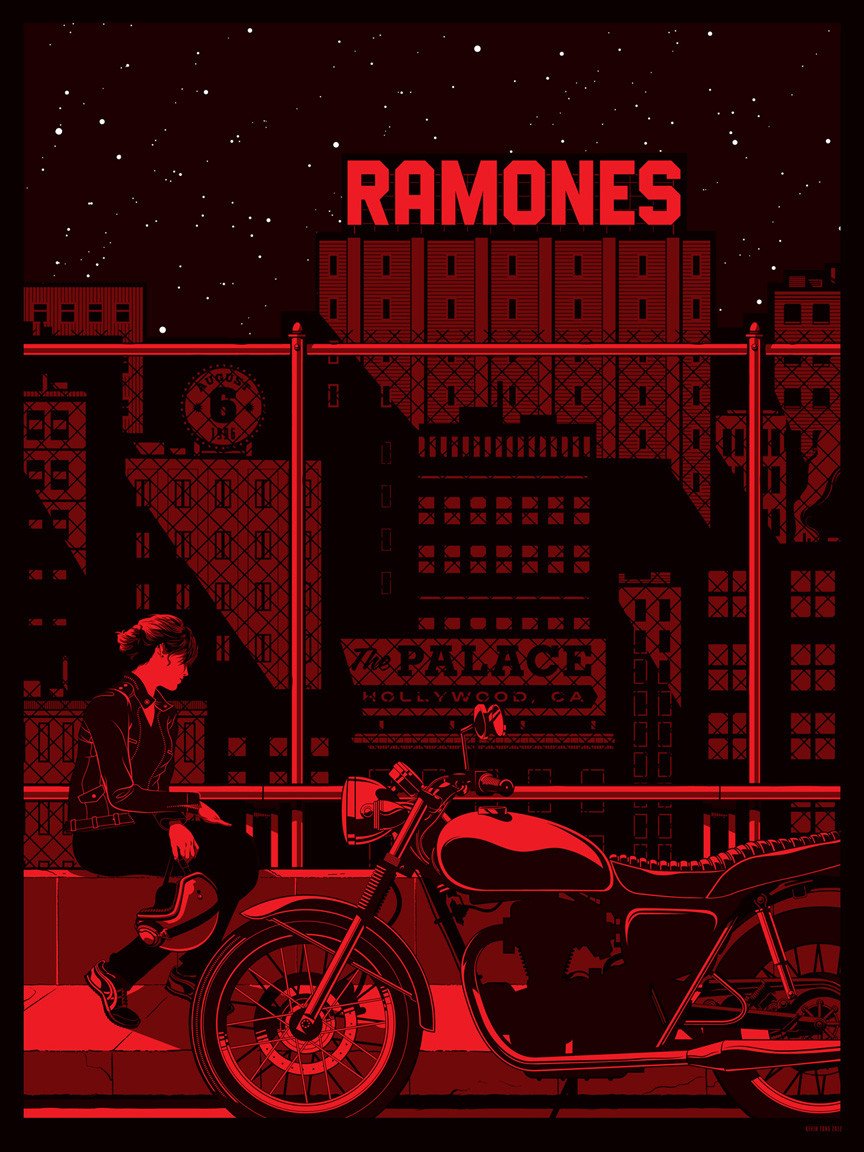 In my free time, I enjoy looking at the works of professional illustrators, graphic designers, and filmmakers from different corners of the world. For this project especially, I kept finding new sources of inspiration for colour as well as style and technique.

Kevin Tong is a Texas-based illustrator who has been practising the craft since 2005.

MC Wolfman, or Dan Betro, is a New York-based illustrator.

My process involved brainstorming for a concept, planning for the art direction and style (and at the same time looking to reference artists for inspiration), gathering content through asking friends for personality traits, and experimenting with colour palettes. 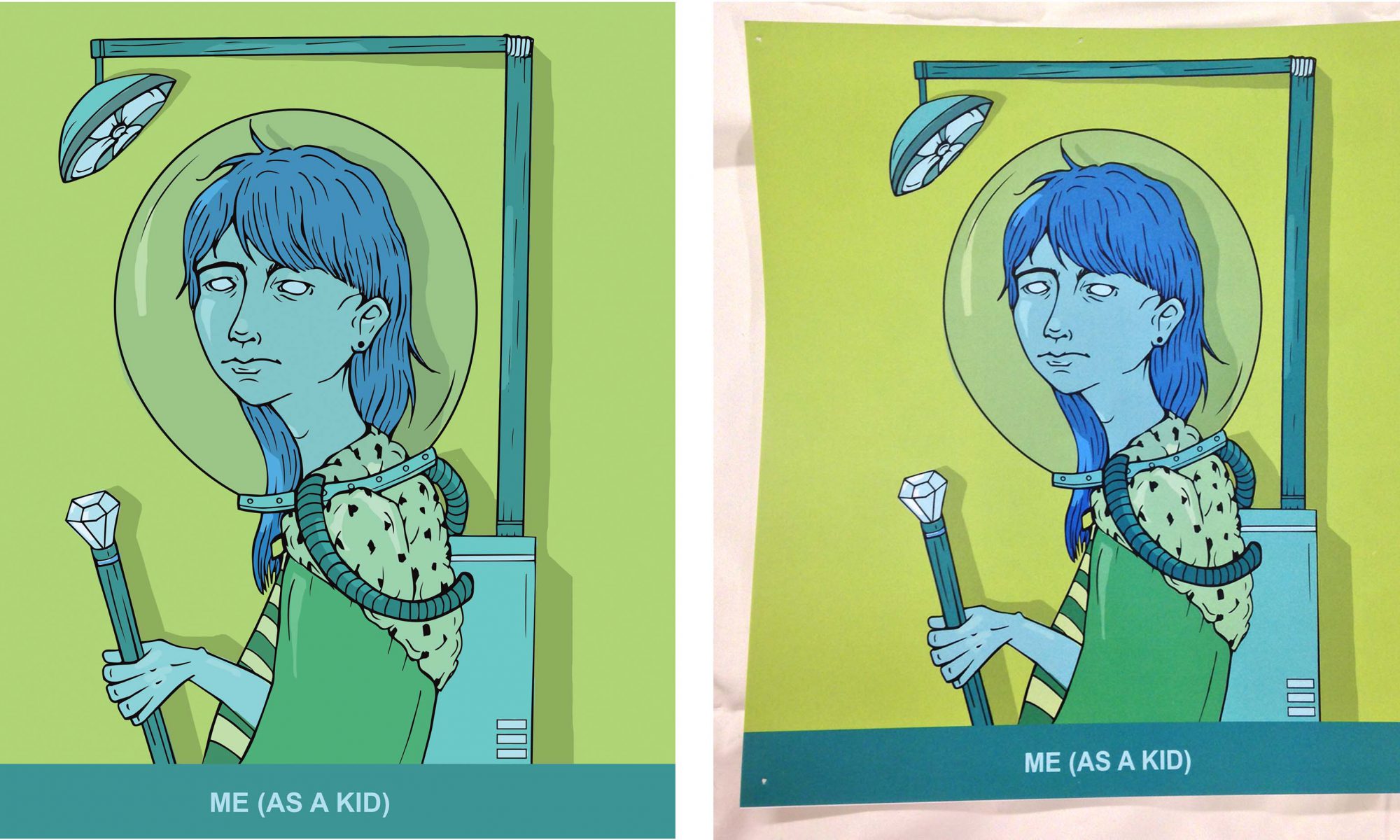 For our final 2D project, we were tasked to apply our knowledge of colour properties to create equations with panels that represented ourselves in different scenarios.

The concept I decided to base my panels on is portraying personality traits during significant stages in my life, as well as how they change during scenarios most prominent during that particular stage. Therefore, I approached friends I hung out with most often during those stages and asked them to describe my personality. I then drew self-portraits that embodied a combination of those traits given to me as well as my personal interpretations of myself, followed by pairing them with particular and the following outcomes.

To establish a better sense of continuity, and to make the panels more interesting to look at, I decided to follow a movie-inspired layout where the self-portraits are done and laid out in such a way that they resemble photographs to be submitted for casting calls, the settings resembling movie sets (complete with film equipment and dramatic lighting), and the outcomes as movie posters of different genres.

In terms of style and colour, I was inspired by some of my favourite illustrators on Instagram, namely lumps_uk, mc_wolfman, dirtyrobot, and Robin Eisenberg. Inspired by their line work, attention to detail, interesting subject matter, and vibrant colours, I wanted my works to emulate that as well. I therefore aimed to create panels that relied on symbols and colours to convey the intended message and mood, and at the same time, embodied a sense of awkwardness and humour to add a layer of vibrancy and fun.

Since I was planning to head in the comic book-style of illustration with heavy outlines and focus on details, I thought that a bright and vibrant colour palette would only be fitting. The colours used are also selected based on how filmmakers use particular colours to convey a certain mood or personality.

The first equation was meant to depict my childhood. The content displayed in the three panels shows my personality as a child, followed by settings that depict the events most significant during that period of my life, followed by how my personality changed according to said event.

The setting of this equation is meant to depict a birthday party, but set up in a style of a movie set. Looking back on my childhood, significant memories that stand out usually revolve around birthday parties and how there would always be something that usually goes wrong – like at my 8th birthday party, when one of my friends cried because she lost her sock, and another cried because a hairbrush got stuck in her hair (this was my fault), and how I completely forgot to find one of my friends during a game of hide-and-seek and left her while I went to play video games. It was also during such events that I was always tense as I had to socialise with others, and I did not want to do that at all.

Based on colour psychology, it is said that filmmakers tend to use yellow to portray a sense of uneasiness. I therefore used yellow as a base as I thought it was the most appropriate colour to portray a happy event (i.e. birthday parties) as something that is tense and uneasy for me, as a child.

The last panel follows the layout of a typical comedy poster; the background is empty and the main characters are usually posed in some kind of comical and cheesy position. As an awkward child forced to interact with others in social settings, it usually ends up with something funny and cringe-worthy happening; hence, I thought a comedy-style movie poster would be apt.

Based on Joy’s suggestions, I used a triadic colour palette (blue-green, yellow, and orange-red) to make it vibrant and eye-catching. I thought the colours worked well with the concept of it being comedic as comedy-style movie posters tend to use bright colours and are typically eye-catching.

The second equation follows the adolescent stage of my life, and revolves around the concept of myself in Secondary school.

Similar to Panel 1 in the first equation, I consulted friends I hung out with a lot in Secondary school about my personality. The following traits and their respective symbols are based on a mixture of others’ interpretations as well as my own.

I chose a complementary colour palette for this panel, mainly because of the colour psychology associated with purple and orange. Filmmakers are said to use purple to represent arrogance whilst orange is used to represent humour. Vibrant shades (high chroma) of purple and orange were then used to complement the style of heavy outlines, while varied tones of purple and orange were used to create shadows (muted tones) and highlights, as well as to reflect objects of different values (e.g. the difference between the pinafore and the hand).

The second panel depicts a school hall decorated for a prom, within the context of a movie set. A significant event during my Secondary school days was prom after ‘O’ Levels where we had subpar food and a peculiar emcee. I used a monochromatic colour palette of pink shades, based on the idea of filmmakers usually using the colour pink to represent innocence and sweetness. I thought using pink, but with darker tones would represent the concept well because of the idea of representing sweet memories with a darker undertone.

The last panel is meant to depict a poster for an Indie, coming-of-age movie. Using desaturated colour palettes and minimal colours usually present in Indie-style movie posters, I hoped to recreate that in this last panel using an analogous colour palette with shades of pink and purple. Similarly, the tones of pink and purple were varied to create highlights and shadows.

The third equation depicts myself currently, and the content mainly revolves around how I feel about entering the workforce.

For my first panel, I wanted to reflect the adjectives used to describe my personality by my friends in ADM and my ex-coworkers. The personality traits and associated symbols are:

For this panel, I wanted to use a complementary colour palette (pink, a varied shade of red, and green). Similar to the previous panels, I chose pink as a base colour because of its association with sweetness. Additionally, using brighter shades of pink against more desaturated tones of green helps draw focus to the objects and making the composition more visually-appealing and not too jarring.

The second panel in this equation is meant to depict a bar in the context of a movie set. Using an analogous colour palette of shades of blue and green, I tried to vary the saturation levels of the colours to differentiate it from earlier panels. I also found using more saturated tones of blue and green helped in conveying a more sinister and tense feeling, as well as portraying it as an alien-like environment. I felt this helped in conveying the concept better, where working in new places always made me feel tense and always feels very foreign.

The final panel uses an analogous colour palette with shades of blue, green, and purple. Similar to the previous panel, I wanted to create a more tense and alien-like mood, conveying the same feelings as horror movie posters normally would. By using high chroma shades as highlights with low value and desaturated shades, it helped in conveying the ‘sinister’ and foreboding kind of mood.

The final equation portrays the future and what I hope to be.

This panel’s self-portrait is based on what I’d hope to be in the future. I hoped to represent the idea of a personality being formed through some ribbons forming a face with a mass of pink goop.

I used an analogous colour palette of yellow, pink (varied shade of red), and orange. I chose these colours primarily because of wanting to experiment with other colours as well as seeing which are best fit for representing excitement and joy. The bright and warm shades helped in better conveying the message of how I am looking forward to the future.

The second panel portrays a laboratory dressed up like a movie set, a common setting in sci-fi movies. Using a monochromatic colour palette of desaturated yellow with a heavier focus on darker tones helped in establishing the overall mysterious mood.

The final panel is meant to recreate a Sci-fi movie poster in a non-existent place. I wanted to show that I was looking forward to the future by showing myself waiting on the side of the road for something.