Sousveillance is defined as the ‘recording of an activity by a participant in the activity’. The participant would typically be wearing a ‘small wearable’ or ‘portable personal technologies’, utilising a range of monitoring methods (e.g. visual and audio surveillance). It also involves both ‘hierarchal sousveillance’ as well as ‘personal sousveillance’ (eye-level, human-centred recording of personal experience), and both processes would typically interchange.  using sousveillance for multimedia purposes allows for ‘effortless capture, processing, storage, recall, and transmission of an activity by a participant in that activity’.

Sousveillance is also said to usually involve ‘community-based recording from first person perspectives’, ‘without necessarily involving any specific political agenda’. Inverse-surveillance, on the other hand, is a form of sousveillance that is commonly ‘directed at, or used to collect data to analyse or study, surveillance or its proponents’.

An example of the use of sousveillance involves wearable cameras by police officers.

Referred to as ‘body cameras’, these tools encompass the use of video streaming and recording in an archive to monitor the interactions of police officers with criminals and civilians. Despite the reduction in complaints against officers and in the use of violence by officers, there is still the issue of breach of privacy.

As these body cameras are turned on almost every second, there have been doubts raised about special victim cases where if a camera is shone in front of a victim, he/she may not feel comfortable in sharing information they know.

After finding more about sousveillance in our society today, I feel that it can be a step in the right direction in the field of technology. It can serve as an efficient method in monitoring situations, especially in the area of law enforcement. With suitable equipment in capturing video and audio footage, not only does it uphold the behaviours of law-enforces, but it also can serve as evidence should situations go awry.

On the other hand, with the establishment and widespread use of video-sharing platforms, the integrity of sousveillance can be compromised. With the already existent issue of the breach of privacy, the action of unfiltered raw footage of a controversial subject reaching different ends of the earth has the ability to amplify this problem. This could then lead to the increase in radicalism, and creating a ‘dangerous dependence on private platforms’. 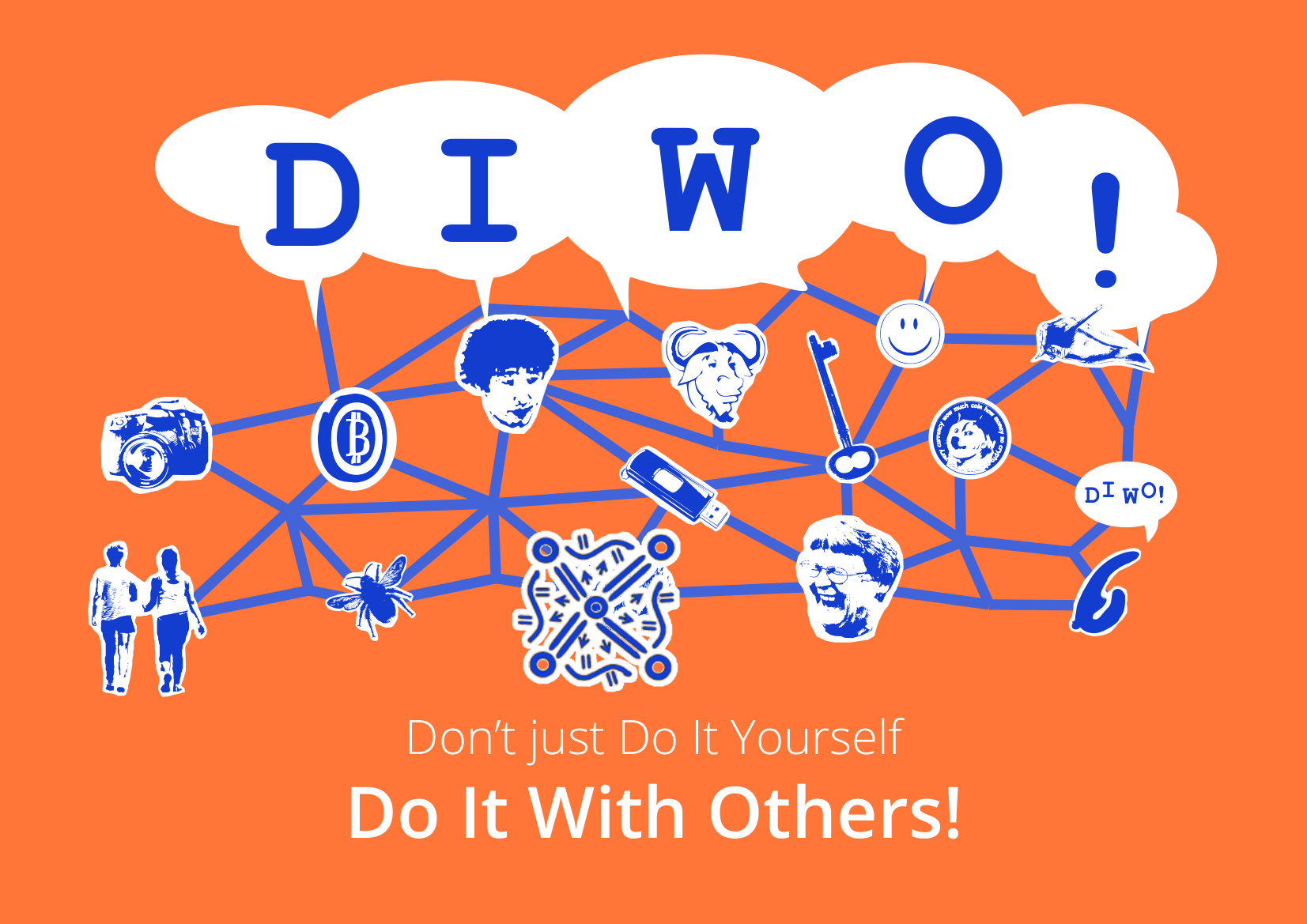 Write a 400-word essay discussing the concept of DIWO as explored in the essay, the Furtherfield Website, and Marc Garrett’s lecture.

The term, Do It With Others (DIWO), is centred on the idea of co-creation, it emphasises ‘co-produced’ and ‘networked’ initiatives as opposed to ‘top-down initiations’. It can also be defined as a ‘collaboration platform’ for like-minded people to ‘collaboratively work on a task, project, or any other service’. It is also a platform that allows for collaboration between a vast range of sources, creating new ‘hybrid’ experiences. DIWO also emphasises on process rather than outcome, ‘forming relationally aware peer enactments’. Ironically, it is also because of its own innovative nature that DIWO is not as widely-accepted; it is perceived as ‘complex’ and ‘too fast’ for some of the industry’s main stakeholders to catch up with.

The article also discusses using technology as a necessary tool for survival and innovation, especially for artists. Being equipped with knowledge and skills in technology is beneficial especially in the creative industry as it provides artists with an advantage in a field of ‘creative capitalism’; with these skills, they can produce ‘new’ and ‘exciting’ works. Furthermore, in the case of ‘open networks’ brought about by Media Art and technology, it allows for practitioners to have a ‘deeper understanding’ of the medium and how to ‘creatively’ ‘exploit it’. As a result, practitioners across different fields are able to interact and collaborate with peer critique and ‘shared ownership of ideas’, all with a ‘variant of creative expressions’.

DIWO is also regarded as a cutting-edge, versatile, and ‘socially informed’ initiative able to loosen up traditional infrastructural ties and frameworks. Not only does it provide a platform for collaborations between different artists and mediums, but it also exists within ‘mainstream culture’ and ‘networked shadows’, catering to the needs of a wide demographic. By practising DIWO, we can therefore, push the boundaries of creation, where we are encouraged to ‘changing the defaults’, thereby ‘changing the rules’ and opening up more possibilities.

Personally, I feel that DIWO is a beneficial platform for us, especially as art students. With a space dedicated to the idea of ‘openness’, where we are encouraged to share ideas and knowledge across a vast range of mediums with like-minded people, and where there are materials and tools ‘open to all’, available for re-editing and redistribution, not only does it make learning experiences more convenient and easily accessible, but it also serves as an outlet of inspiration. With a wider access to newer technologies, we gain new knowledge as well as adopt new methods and ideas in further developing our projects, making way for more innovative works in future. 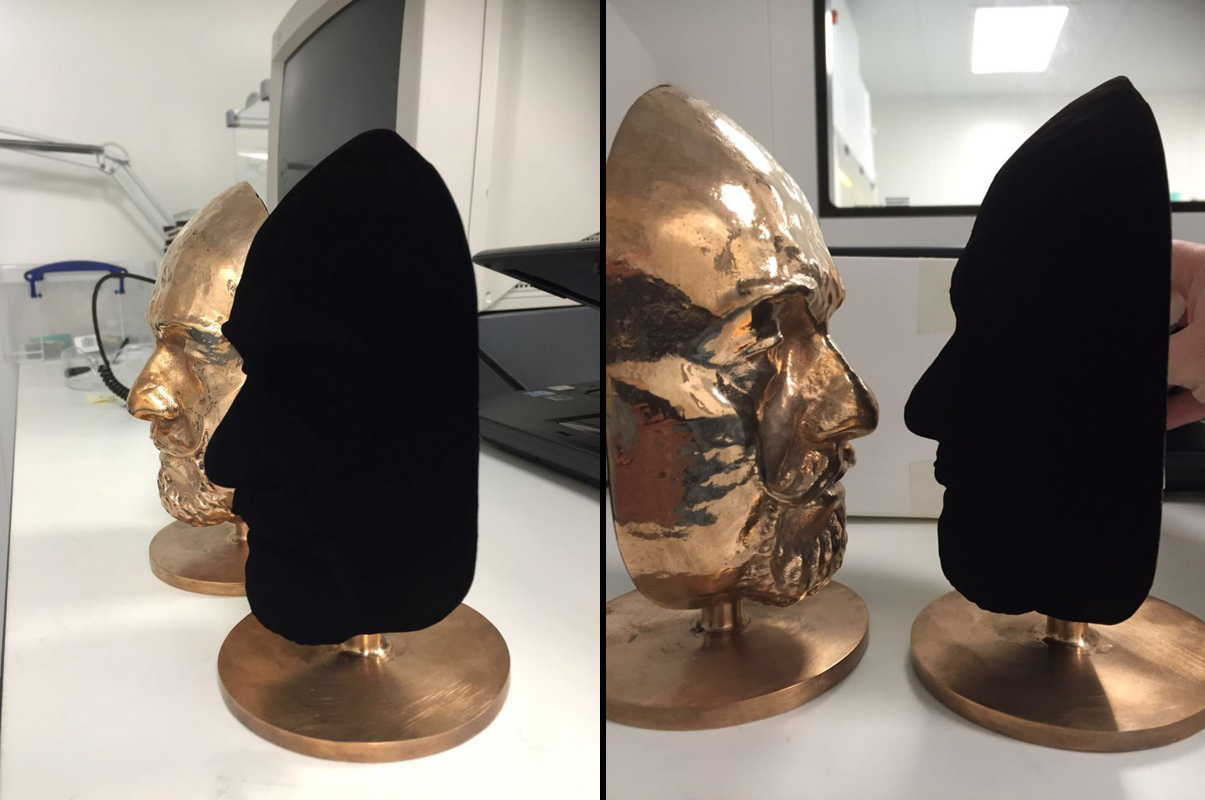 The term ‘open source’ is defined as ‘something people can modify and share’ because of its publicly-accessible design. Open source culture, in this day and age, involves projects, products, and initiatives that embody principles of ‘open exchange, collaborative participation, rapid prototyping, transparency, meritocracy’, and ‘community-oriented development’, thereby challenging the ‘proprietary model of cultural and technological production’.

Despite its contentiousness in the modern age, open source remains ‘all the rage’. In the late 1990s, a team of hackers built a free software programme, ‘an operating-system kernel that would allow an array of [programmes] to work in coordination’, creating Linux. Sparking interest and participation, the open source phenomenon grew and had roots in ‘powerful’ and established’ companies such as IBM (its Linux operating systems), and in the source codes of publications such as The Economist and Forbes. However, in recent years, the ”open source’ model of creativity and commerce’ are starting to reveal ‘serious faults’ in the copyright system.

The ‘peer-to-peer social interaction’ in open source culture – unlike the ‘traditional proprietary’ mode of creation – most importantly, allows for redistribution and sharing of tools and techniques. In ‘traditional proprietary’, it allows for innovators and their companies to grow, creating ‘remarkable success and wealth’, at the limitations of ‘communal creation, revision, criticism, and adaptability’, generating an ‘unhealthy cultural and social condition’. Open source, on the other hand, encourages ‘ideologies that privilege openness and nonmonetary reward systems’ and rids the limit on the acquisition and customisation of tools, perhaps allowing for future improvements on software (similar to the case of Richard Stallman). Additionally, open source need not rely on markets nor ‘managerial hierarchies’ to ‘organise production’.

In conclusion, the open source model of ‘peer production, sharing, revision, and peer review’ is beneficial in encouraging creativity, especially for groups that hold little to no power or influence in the modern global economy.

(2) Open Source Initiative. (2012). History of the OSI. Retrieved from https://opensource.org/history

(3) Open Source. (n.d.). What is open source?. Retrieved from https://opensource.com/resources/what-open-source