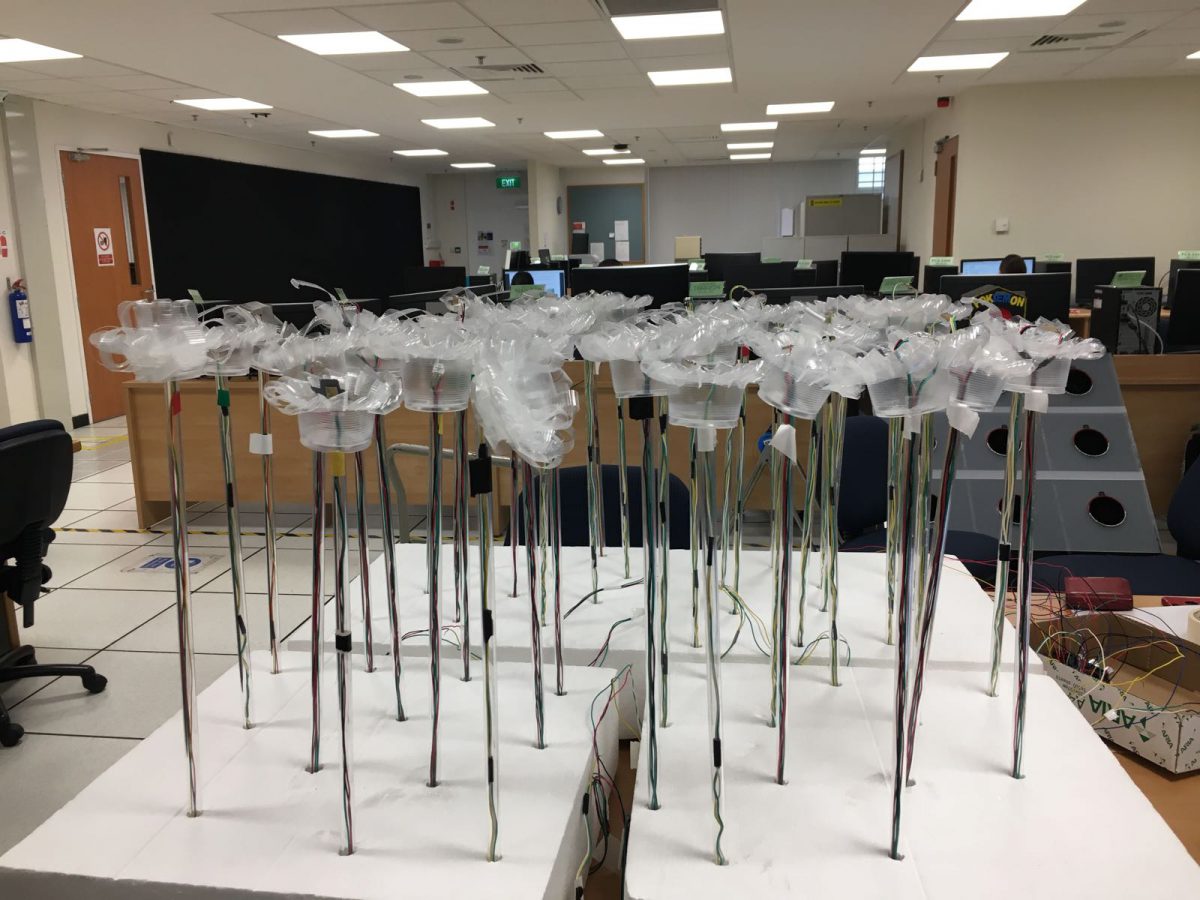 Before sending the form board to IEM side we also has done the marking and drilled the holes for the flowers base. The following are the plans for size of the form board for the two cluster of flowers . 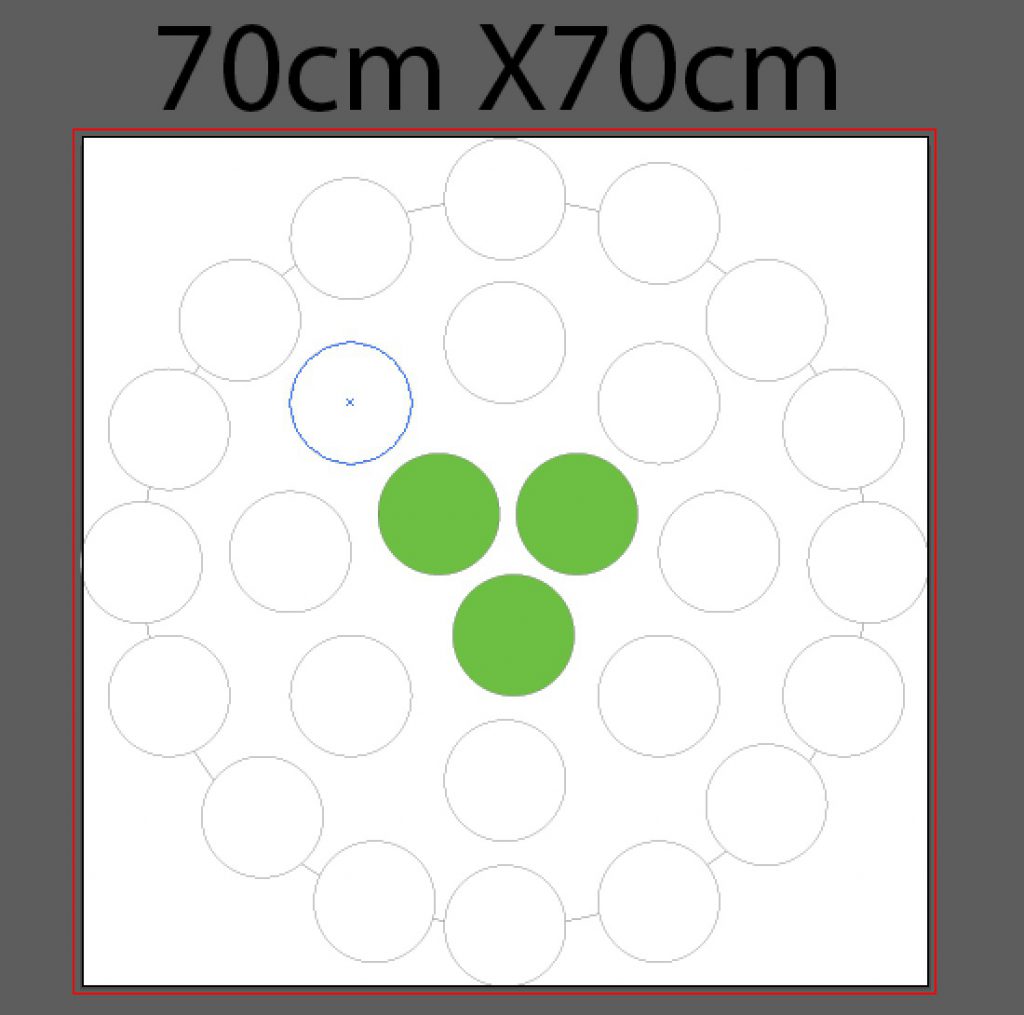 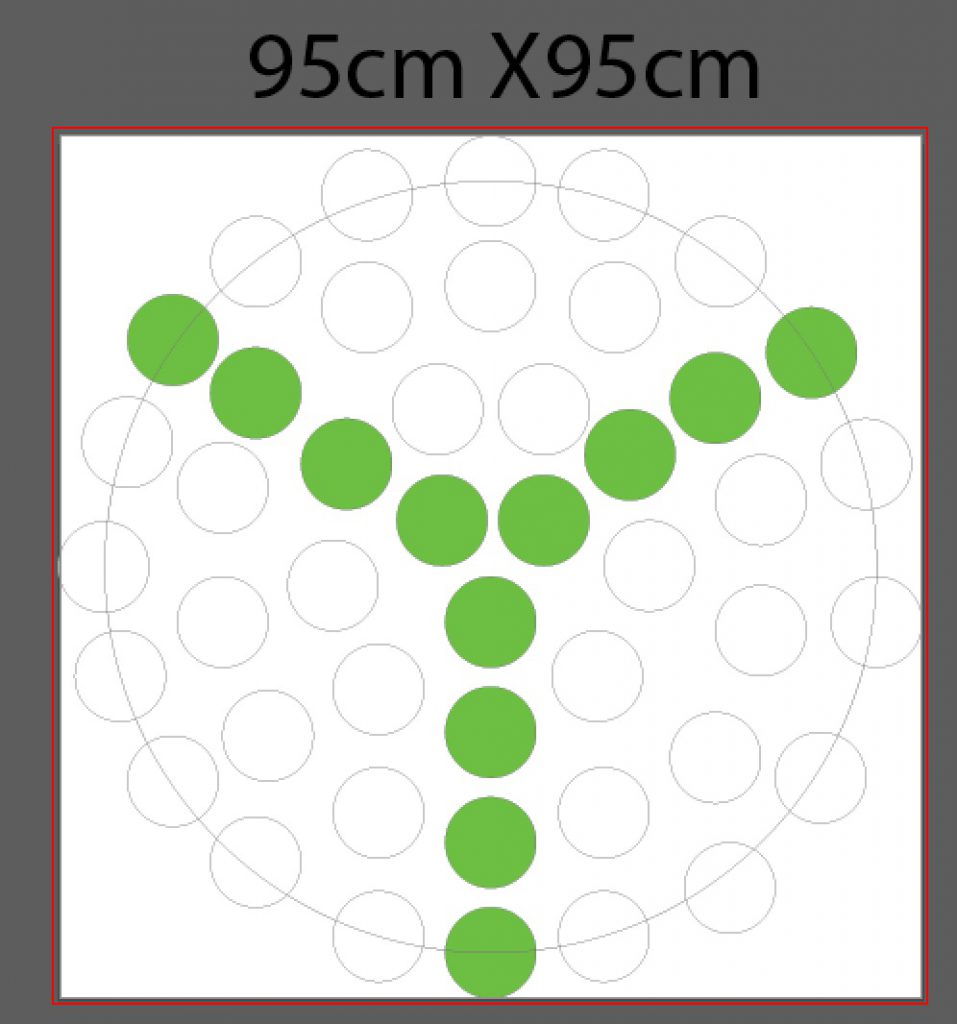 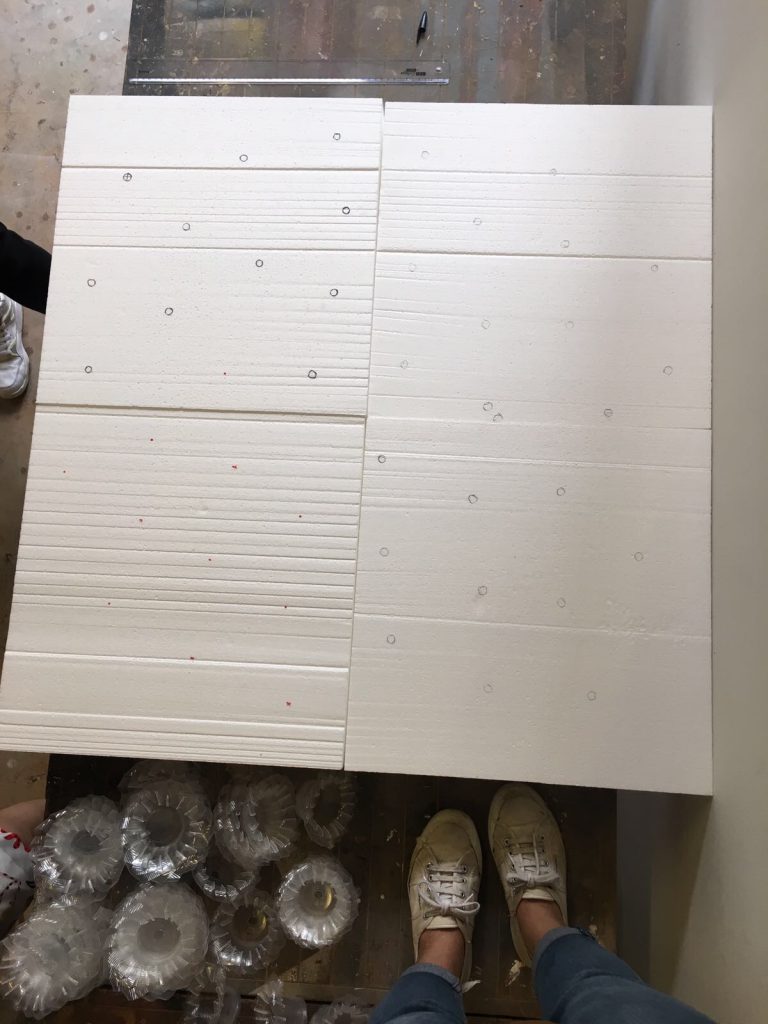 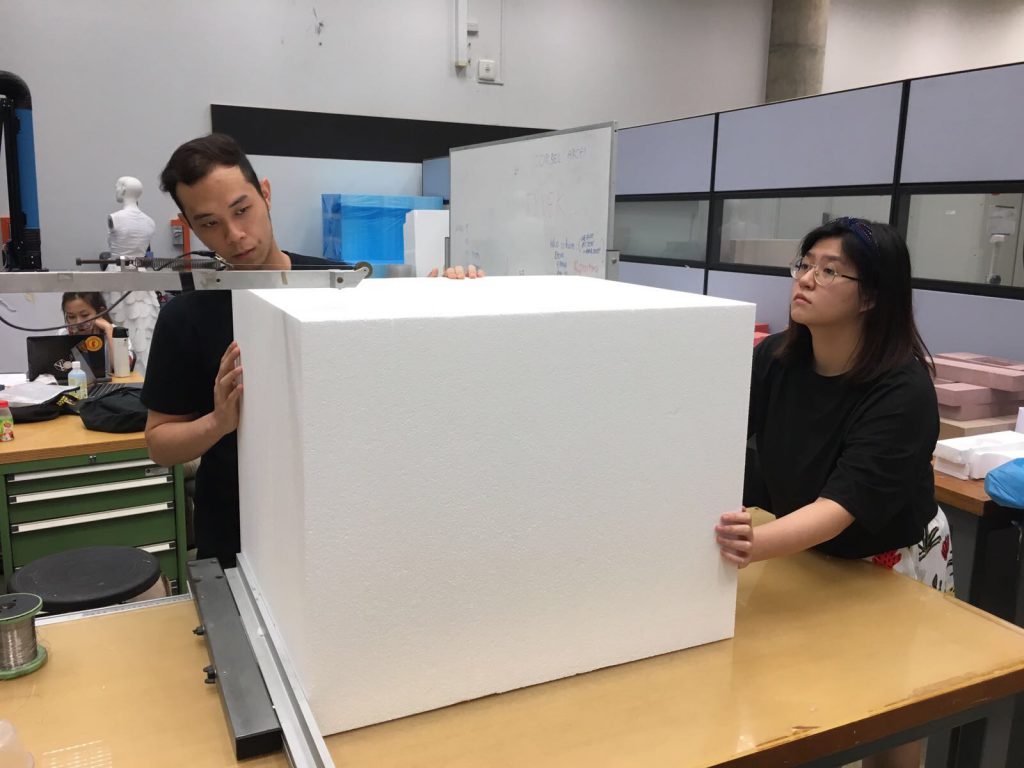 Our current progress is IEM students has completed the wiring for the first cluster, but we found out there is still some problem in the technical side. 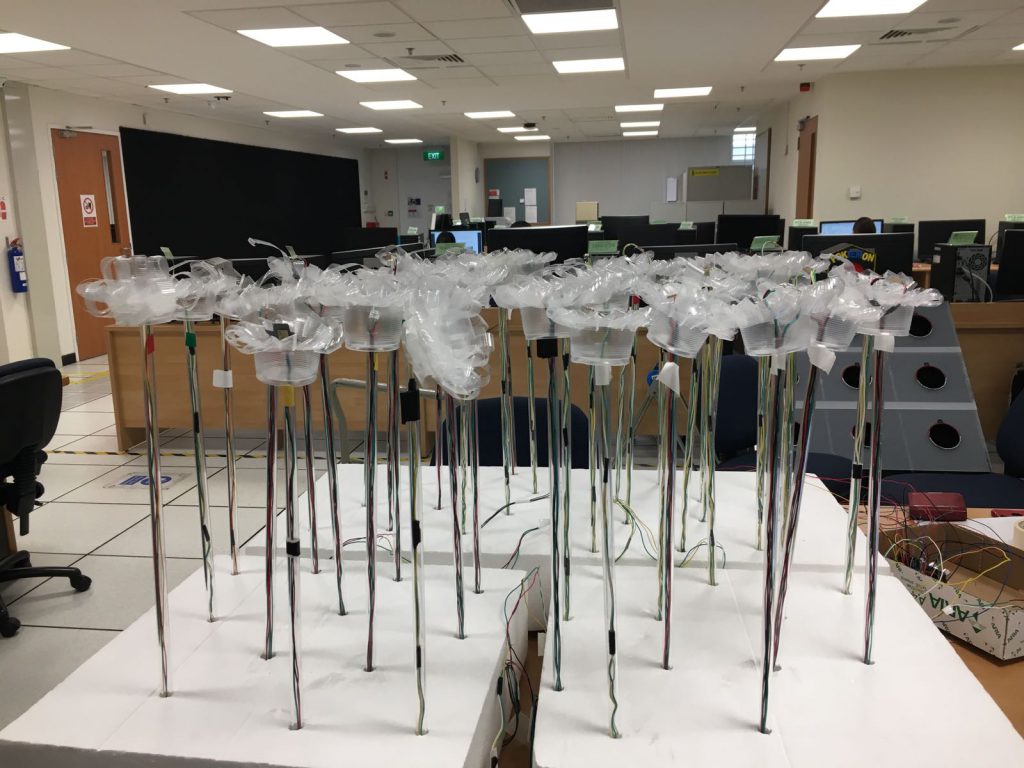 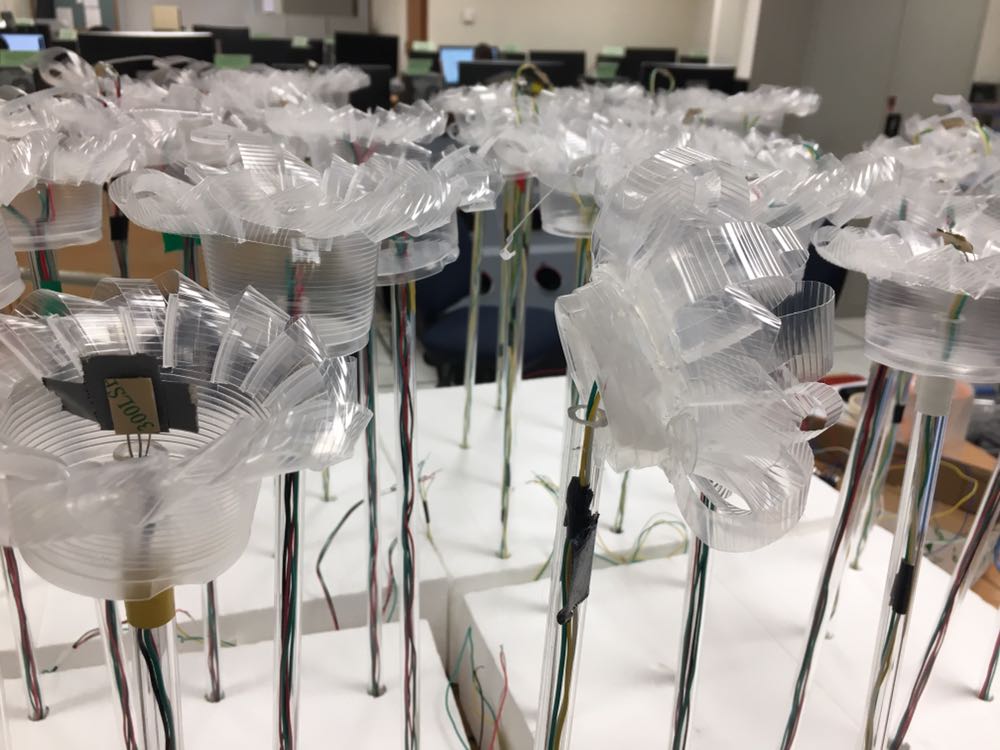 Following are the issues that we need them to improve on:
– add in the “Default” light pattern
– fix the sensors on the installation (we’ve marked out the area to fix it at)
– program the sensors in a way that when one of it is triggered then 1 ripple will occur, when both triggered then 2 ripples will occur.
– speed up the ripple

Some of the wires are too protruding that we might need to readjust the wire and pull it down a little more in order to fit the top portion of the flowers. 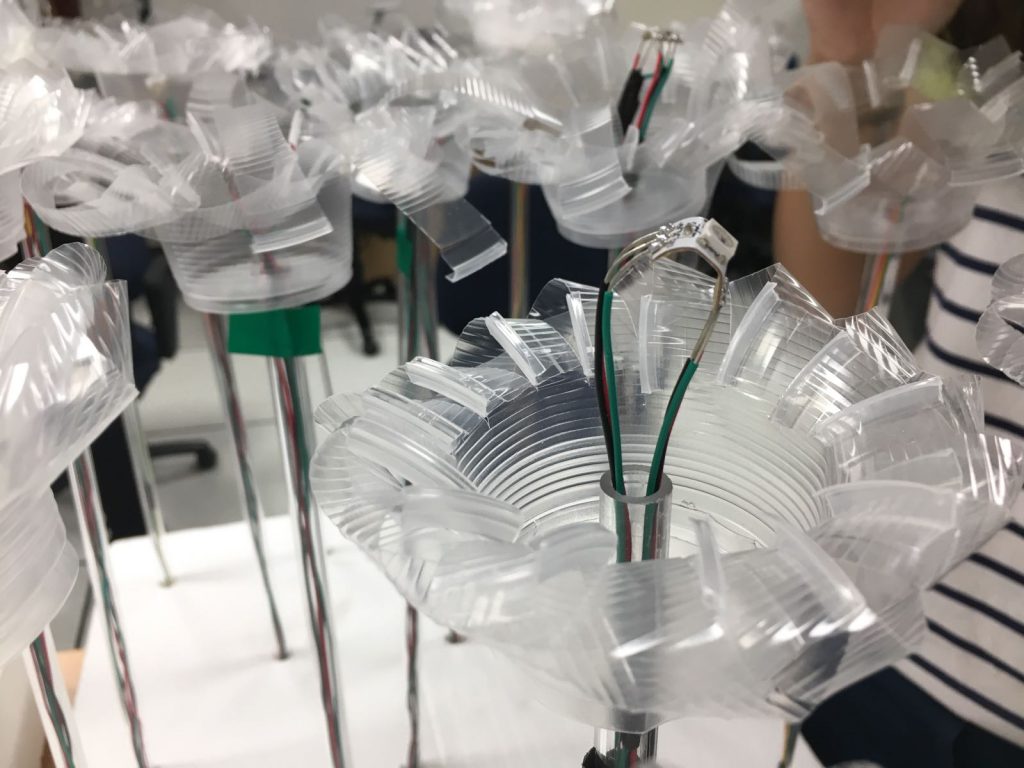 After discussing with our ADM team, we decide to focus on one cluster instead. We will be concentrating on rendering instead due to our emerging timeline for both ADM and IEM teams. The main effect will be shown through rendering while body storming part would be lesser. We will be filming the body storming after next week.