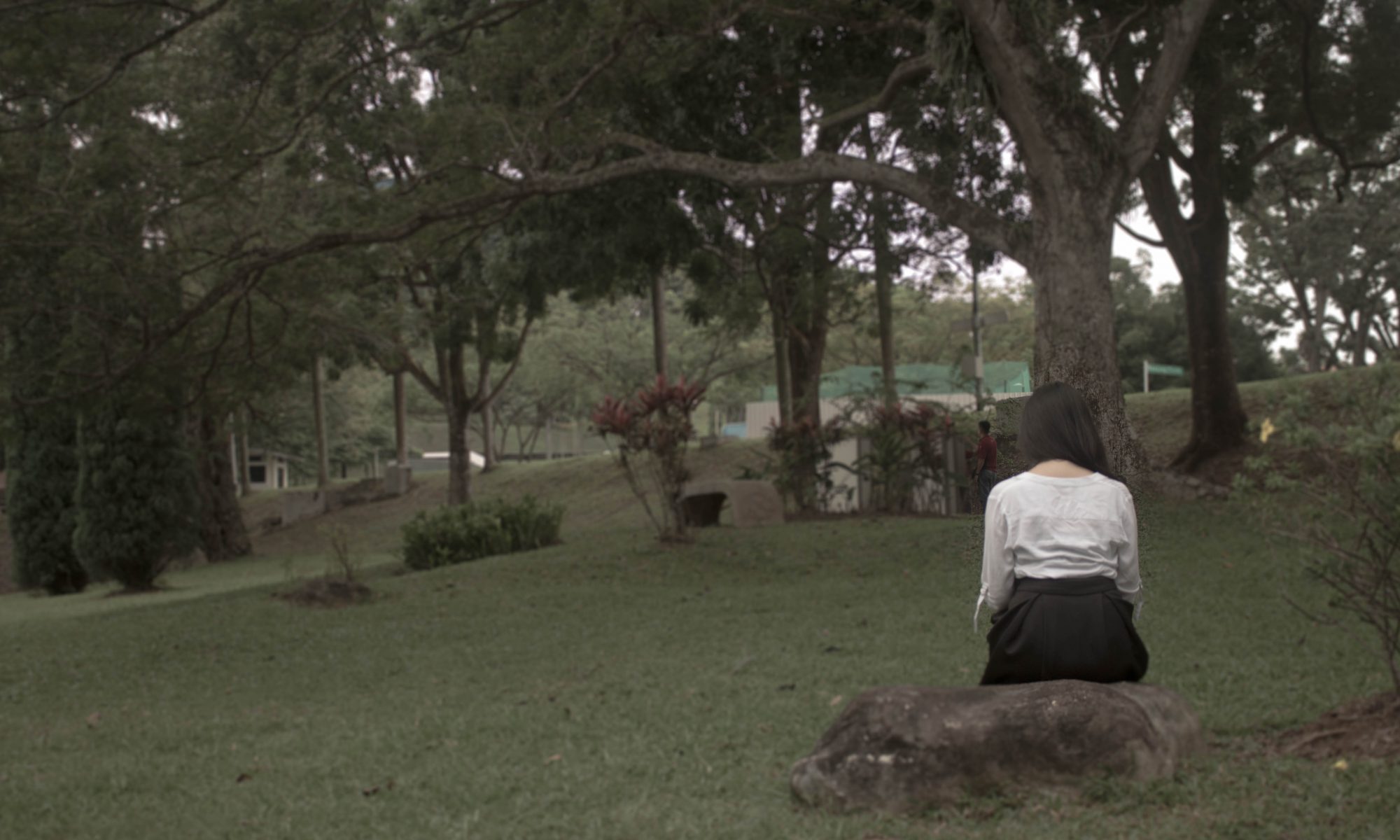 There is two task to this assignment. For the first task, we had to be in a group of maximum 4 person. We are to reinvent a history for someone whom we had lost touch. As for second task, it is a individual project. We had to make use of images shots that we took as a group to create a photo story with sound. 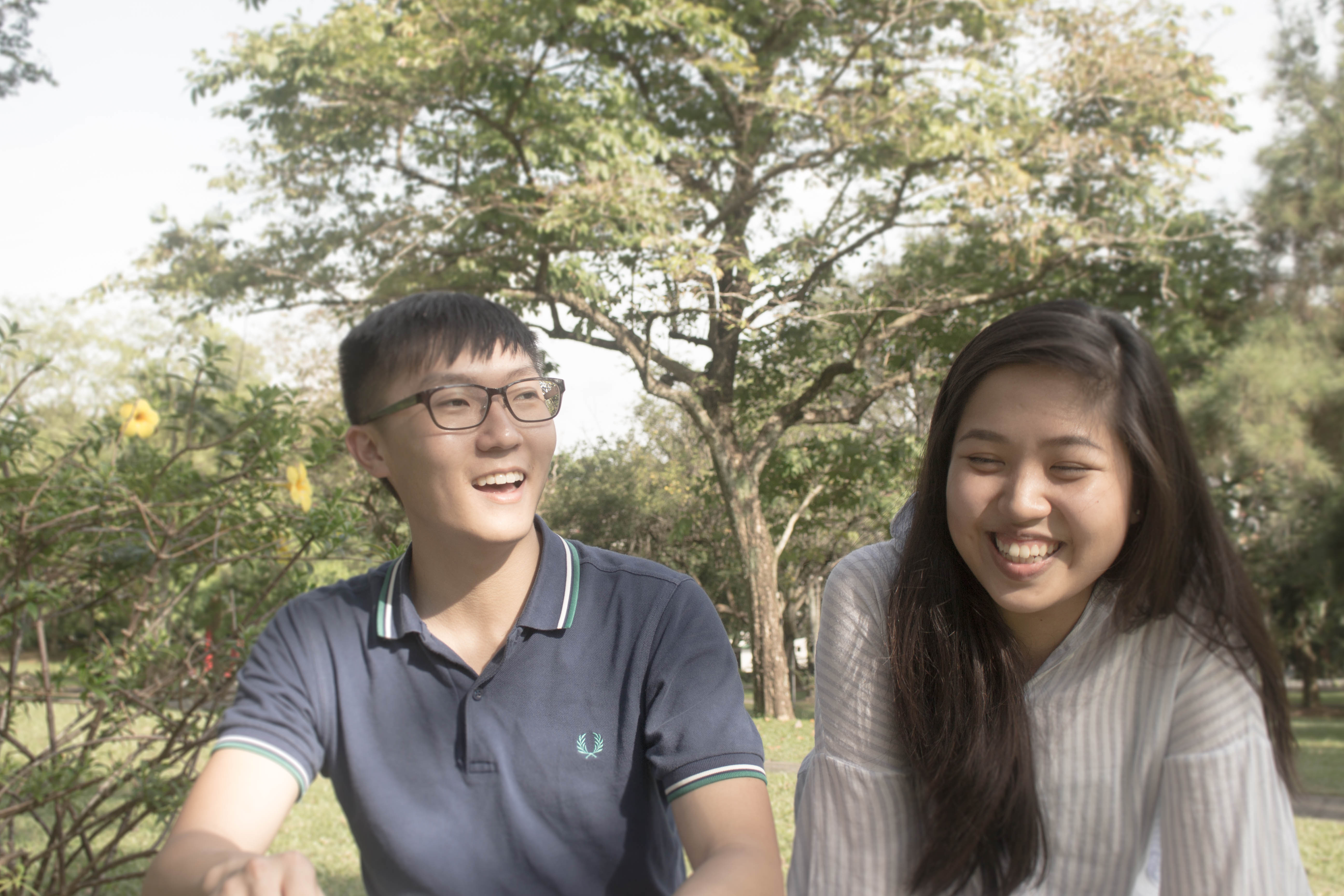 Our plot is about a girl and boy who are childhood friends since young. They communicate thru letters and would always meet at the park nearby, where all their memories are formed. However, over the years, the boy had to leave to go overseas. The girl anticipate for him letters, but she never ever receive them. Over the years, the girl moved on and have her own family. Then she receive a letter by the boy. She then realised the boy left her, not because he had to go overseas but he will suffering from illness and he doesn’t want her to suffer with him.

While editing the images, we realised we had many missing images and scenes, therefore we had to change our story. We felt that the first shoot was lack of planning. We had many disconnections and the images do not bring out the emotions we are trying to convey. We didn’t use a tripod, so the images were some what not from the same angle.

Therefore our group agreed to reshoot.

The second time we shoot, we followed the story board closely. I felt that having a storyboard really helps a lot. It helps us plan and organise the story better.

Thankfully, the second time we shoot it turn out better. We had our things planned out. We went to various locations and had our props ready. Since this story is about childhood friends growing up together, we had to take the attire and surrounding into consideration too. We also confirm all the camera angle and lighting so that we will not face the same problem. We use a lot of wide angle shot to show what is happening at the surrounding. Then we zoom in into the subject, this is to show the emotions and main element in the photo.

We also made used of what we learn in class. Like the different perspectives and rule of thirds.

I got my inspiration from the film Memento. Memento is presented as two different sequences of scenes. A series of black and white to represent the past and a series of colour sequences to show the present.

PRESENT – PAST – BACK TO PRESENT

The story starts and ends at the same location. I tried using two different colour schemes in my plot. Saturated colours for the present and desaturated colours for the past. It starts with the girl recalling back to the past, where they form all their memories together. The park is a place that connects them together. They always appear together at the park, however at the last scene it shows the girl sitting there alone. I want to show the loneliess and that the guy had left. I also made use of the leaf dropping scene to show that the boy had left. I also make use of black screens and fading effects between 2 different locations/ scenes to show the flash back memories and to show the passing of time.

I had no idea what sound to use. I went youtube to watch some still photo story to get inspirations.

0.12-0.30 I tried to add in the sound of ceiling fan and echo sound effect to show that she is a very small space. The sound is soft and not over powering. Then I use diegetic sound, for example the sound when the boy in sliding the letter into her house.

0.32-1.16 This is where all the happy memories are formed. There happier and lively environmental sound, such as birds chirping, wind and children playing. I also recorded the closing and opening of tin. At 1.16sec it ends with a loud bang. It is to show that the tin is being buried and to show that something bad is about the happen.

1.19- 1.33 This is where the boy left. The use go low pitch sound for the background, this is to create a tension and anticipation of what is happening next.

1.36-1.41 Instead of showing the man walking into the lift, I used a black screen with sound of the lift door opening. Like without even seeing whats going on. By the sound of it, we know where the boy is.

1.41-2.53 After the boy left her, I reduce the background sound, it is to create the loneliness effect and I only force a few sound to create the tension.

2.53-3.03 I use back the same background sound as the first scene to show that is a continuous of the first scene. However, I add the low pitch sound to create the mood of how the girl is feeling.

3.03-3.22  When she finally know the reason why the guy left, the sound of the background sound slowly fades away and become silent. It is to show peacefulness.

I realised how difficult it was when I was editing the sound and images. It is really difficult to find the right sound to represent the mood I am trying to convey.  End up I had to record some of the sounds. Such as the opening and closing of biscuit tin.

It was also the first time I tried using Lightroom and iMovie. I had no idea how and what to do. I ended up learning from youtube videos. I learn how to adjust the settings.

Overall, it is a good learning experience. I am pretty satisfy. I never thought I will be able to do it. Although it is not perfect, but I tried 😀