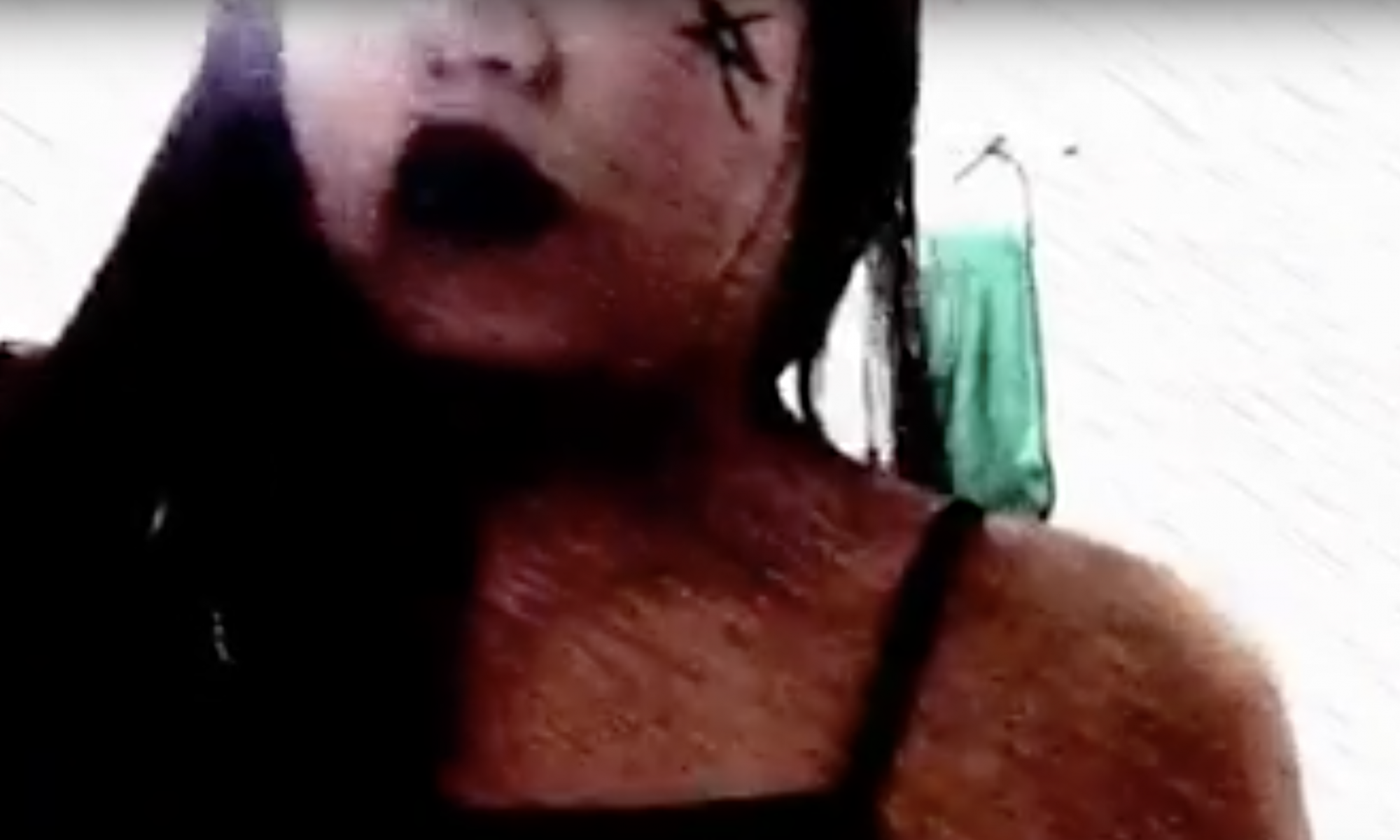 For micro project 7, we were asked to mimic an artist’s persona, I knew who I wanted to be. Plaaastic!

Plaaastic is a Vietnamese artist who is famous because of how she portray herself on social media. She has depression and is a victim of bullying.

All her images show her persona. Her with black lips and not smiling. Most of her images of Instagram are gothic and sad photos. Because of her personality, all her images bring out the meaning behind it.

Certain spaces provokes the a person’s alter ego.  Personally, I feel most comfortable at home and that is where my secondary personality appears.

This video selfie helps to alter my identity because it gives me the opportunity to portray myself in a way that is different from my true self. People always see me as a happy and cheerful person. However, this video shows a totally opposite of who I really am. The used of filters and makeup which helps to blur out the real and virtual, which conceal my real identity. If I were to show this video to a person, they might not be able to recognise the character. 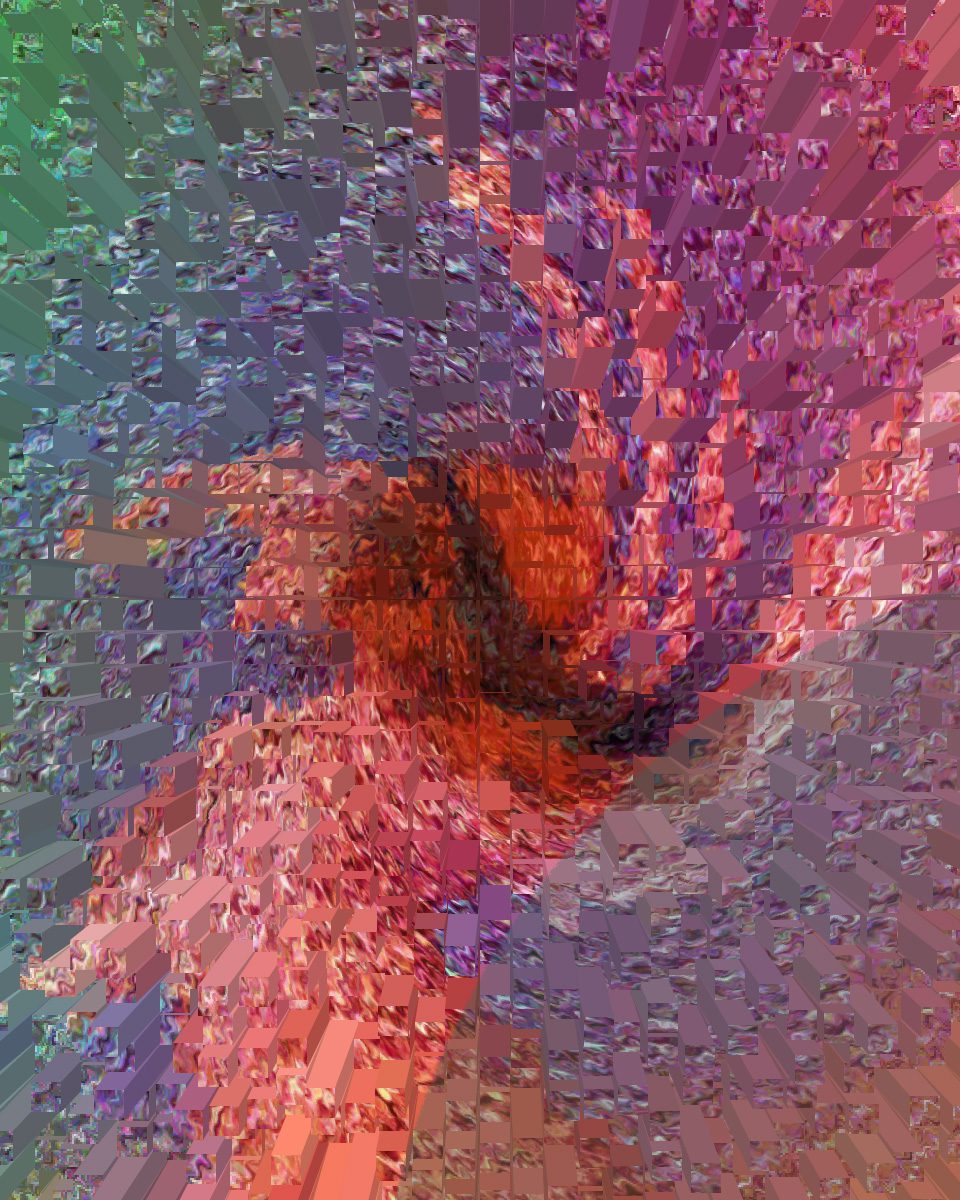 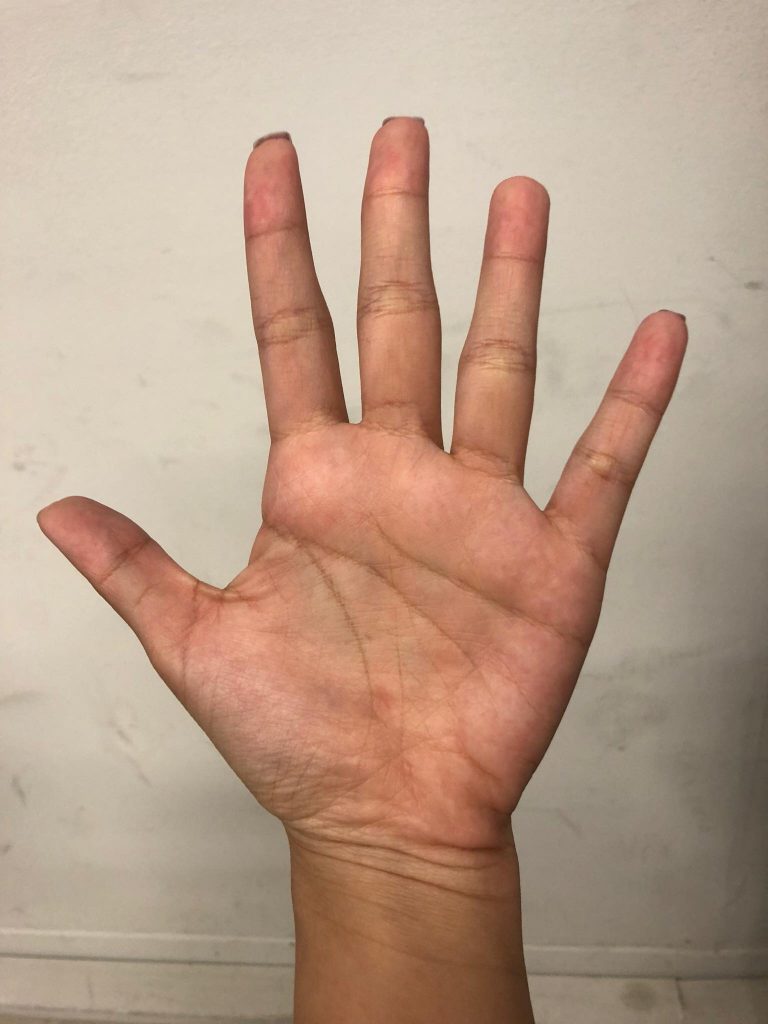 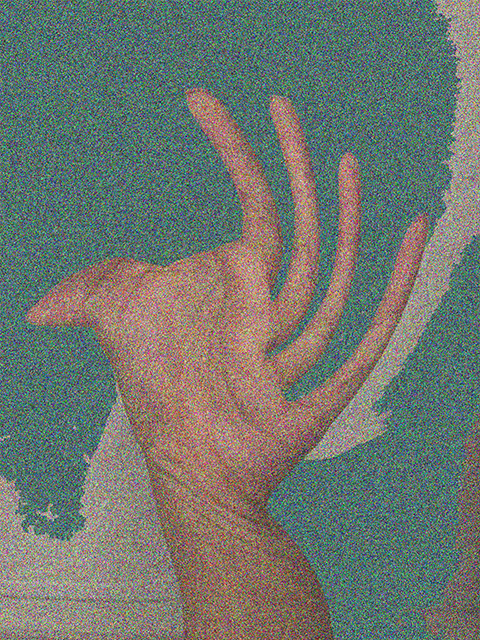 First Edit:
I glitch it with photoshop to increase the noise level of the image. I also tried to distort my hand by swirling the image. 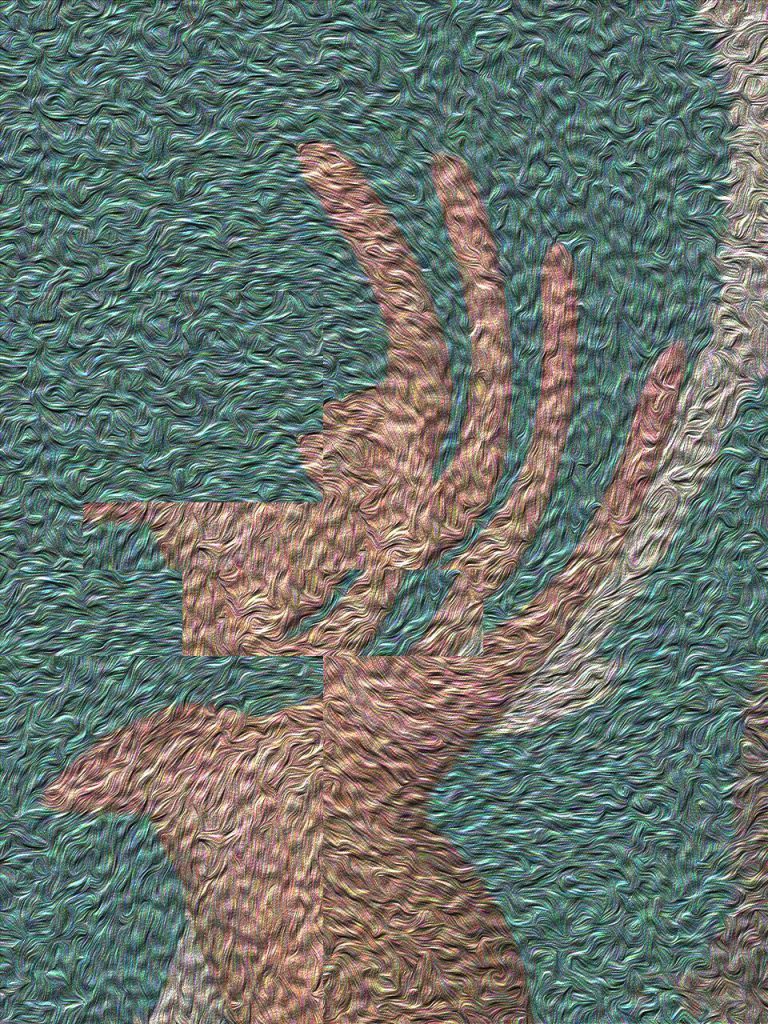 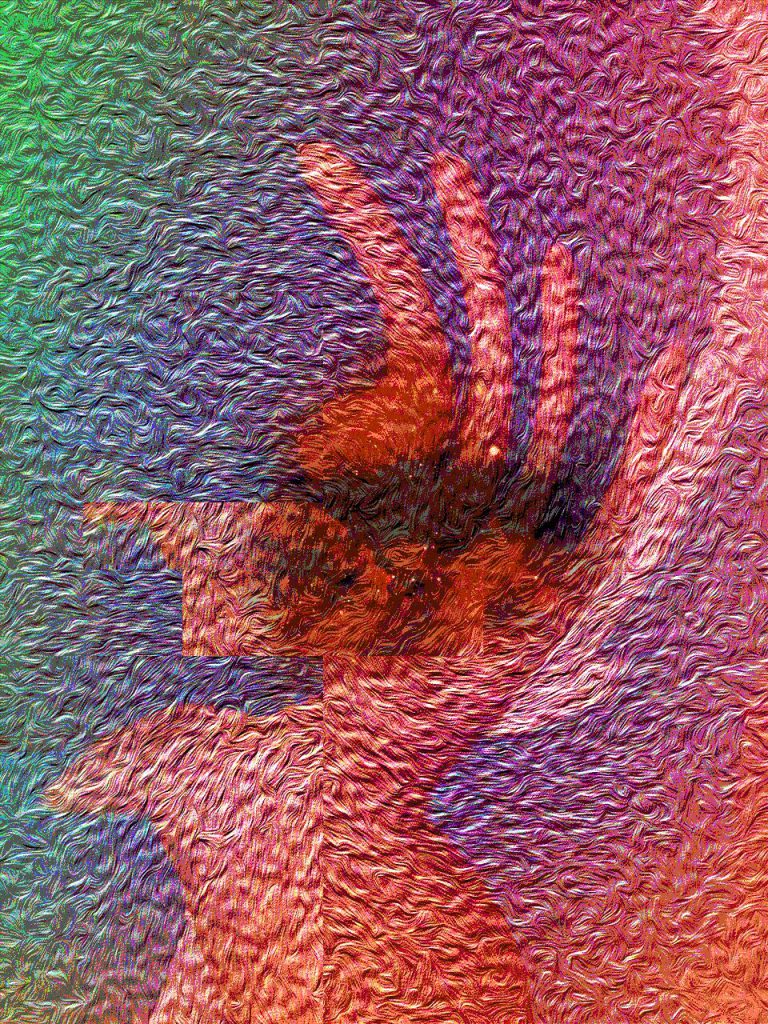 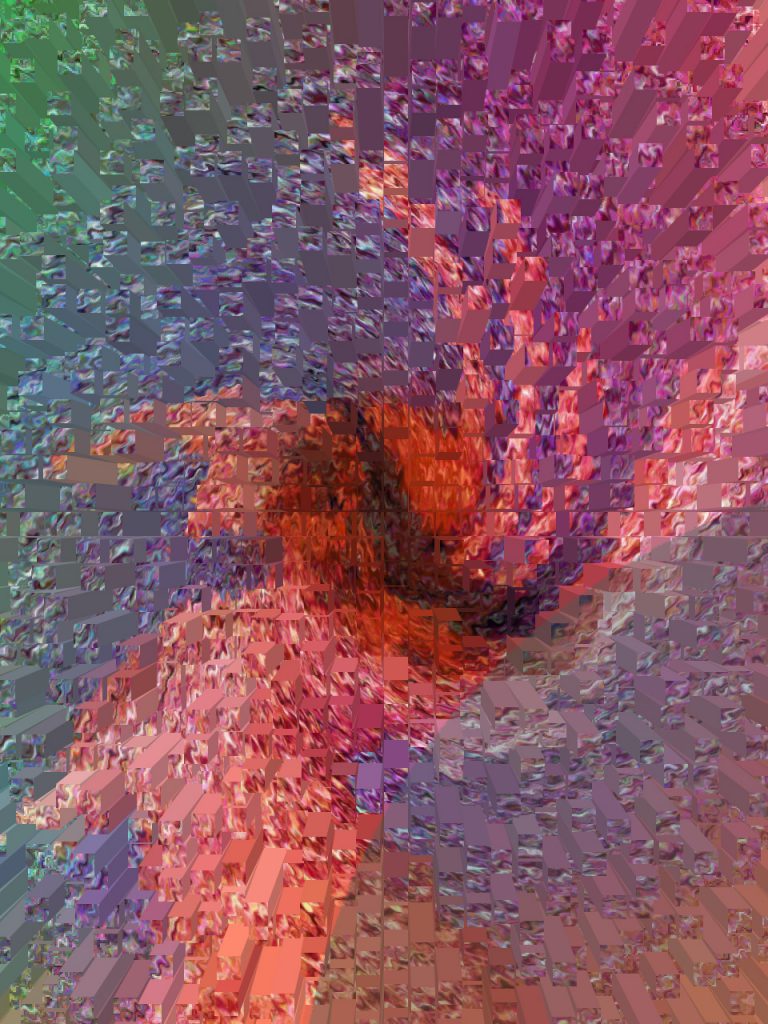 There are no rules or boundaries, we are allowed to edit the photos however we want to. Each of us have a different style and we have no control as of what the next person will be doing.

At the end of the transformation, I could barely recognise my hand. It looks more like a distorted chicken. I felt that this project is similar to our DIWO assignment as it is a artwork made by the 3 of us. Which prompted us to realise this effort was truly collaborative.

The objective of this project was to make use of the third space to create an interactive artwork. To me, a third space to me refers to the ability to connect to people in the space regardless of the location. For instance, connection over a phone call, or Skype.

For our third space micro- project, Kai Ting and I took advantage of the split screen to create a symmetry drawing.

We initially had the idea of playing tick tac toe. However, we realised that we were unable to create a symmetrical template for the game hence we scrapped off that idea.

Kai Ting and I started the activity in different rooms seperately. However, we faced some technical issue with our connection therefore we had to troubleshoot it by moving to the same room while sitting at two different ends.

Besides, we tried to make our idea more interactive by introducing an activity where both parties had to create a drawing to mirror each other. In order to match each other drawing to create a perfect symmetrical shape, each party has to pay close attention and follow each other closely.

The poor internet connection was a major obstacle. Due to that, we had trouble coordinating as it was lagging. Another difficulties we had was the time constraint as we had to come up with an idea within the 30mins. As a result we were unable to practice our concept fully.

Overall, we felt that this activity was a good learning experience for us to understand the concept of the third space and how it works. The third space is important as it serves as a platform for people to connect with one another.