The online symposium was held on 29st-31st March. I attended the first and third day of symposium. I got to witness how far art has grew over the years with technology. 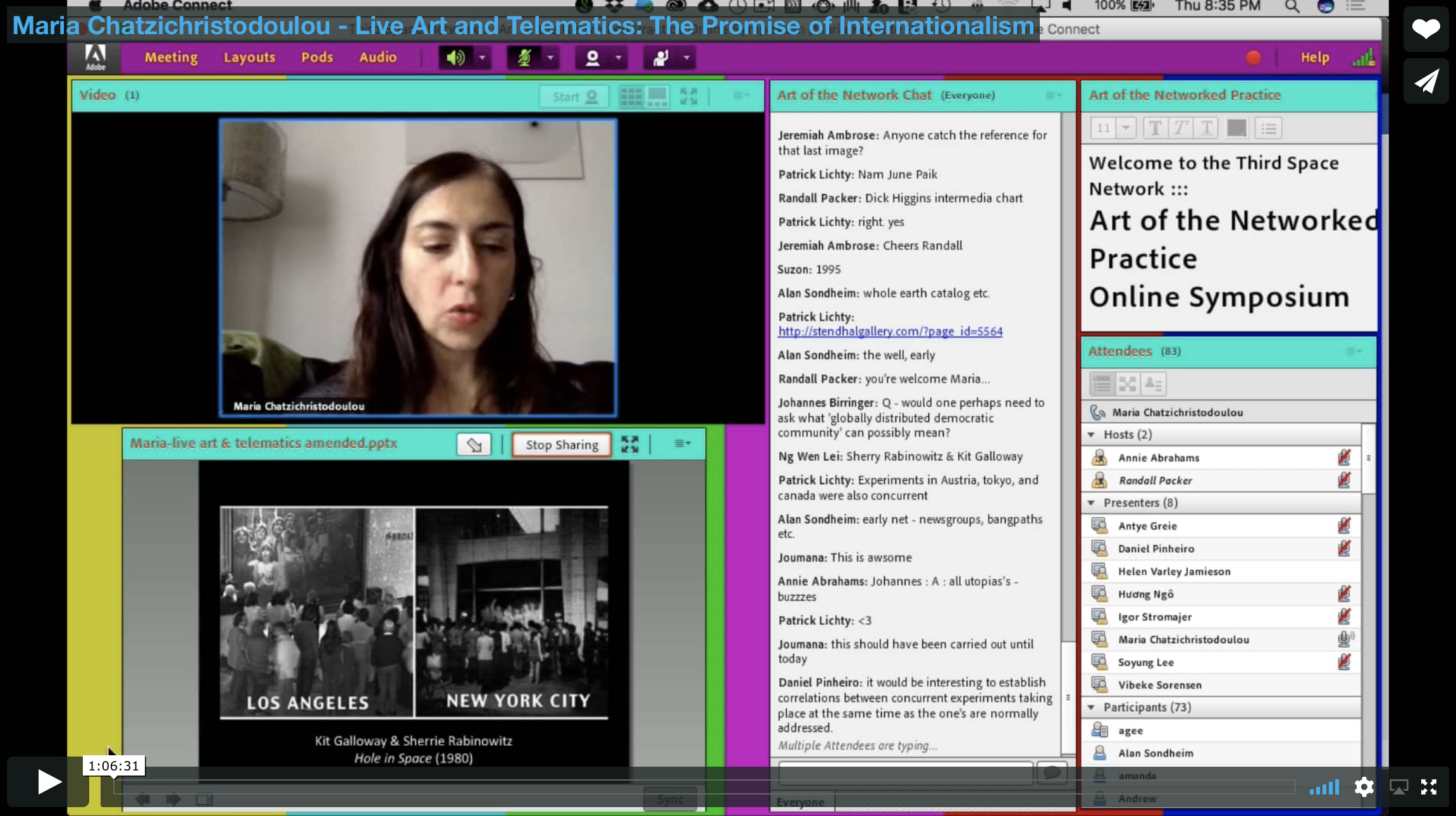 Maria Chatzichristodoulou started off by talking about the telematics art. She provided a clear key definitions of what telematic and interactive performances is. She mentioned ” It transform the screen into a live encounter, in the sense it joins the space of the live performance and the audience, making them co-performers.” She talked about how the social have grown over the years into a global democratic culture, where artist from different location come together to create a art/performance via the internet. Which challenges the traditional linear way of creating a piece of art.

After Maria Chatzichristodoulou’s keynote,  Annie Abrahams expanded on that idea and collaborated with 5 other people to put up a live performance. Her collaborators come from different countries, where they connected through Third Space using Adobe Connect on that day itself.

When they first started this performance, I do not understand anything. I thought there was a lag/ hang when all 6 of them closes there eyes and no sound was produced. After a while, I realised that the performance shows Annie Abraham’s way of creating third space where her co- performers and herself come together. 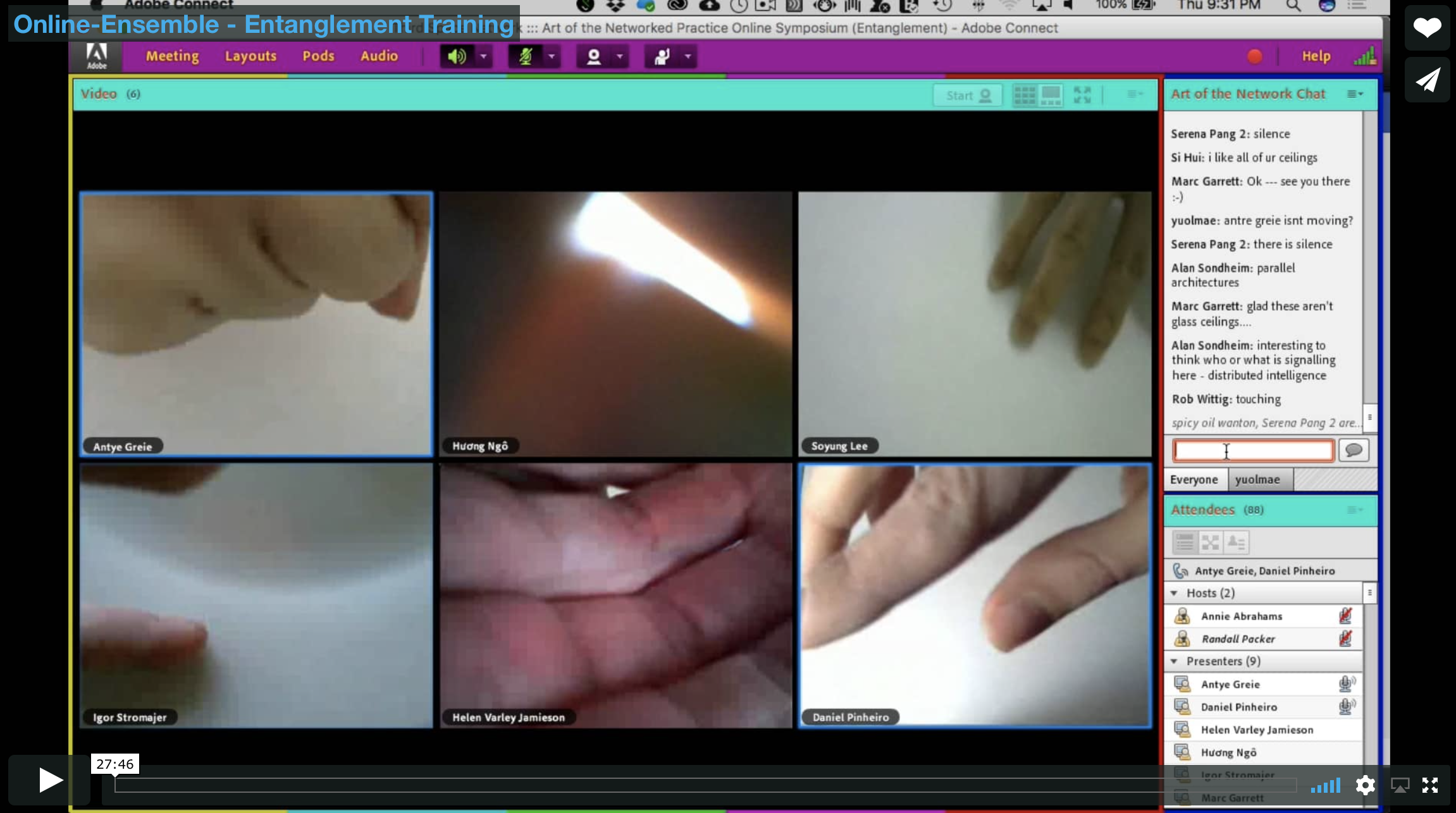 In the online performance, lagging was observed. They have to accept the disruption and make do with the imperfection. I felt that it was tough for them to create a live performance in third space, as they could not control these unforeseen circumstances. There is only one chance, they could not redo or restart it, therefore had to embraced the glitches and lagging. And there was a point of time where the Annie Abrahams microphone was not working, she cannot hear any sound.

This performance needed collaboration and compromise. Which emphasised the concept of DIWO and Third Space. Where many artists come together to complete an artwork. 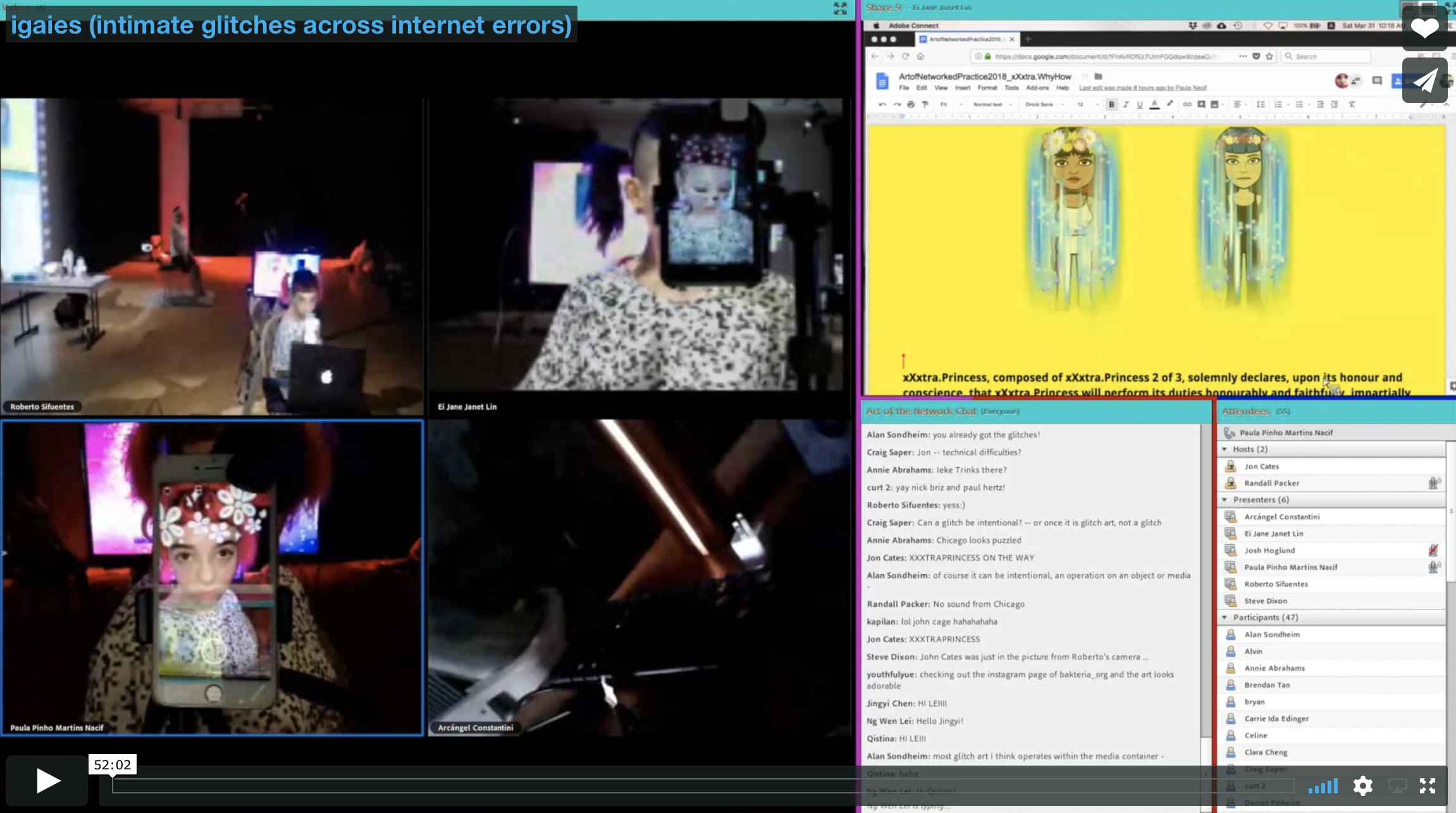 The live performances started off with 2 princesses with filters over their faces. This performance reminds me of our video selfie assignment, where we have to create an alter ego. I thought this performance bring across the message of our digital identities.  How a person conceals her identity, and how she wants the society to view her. 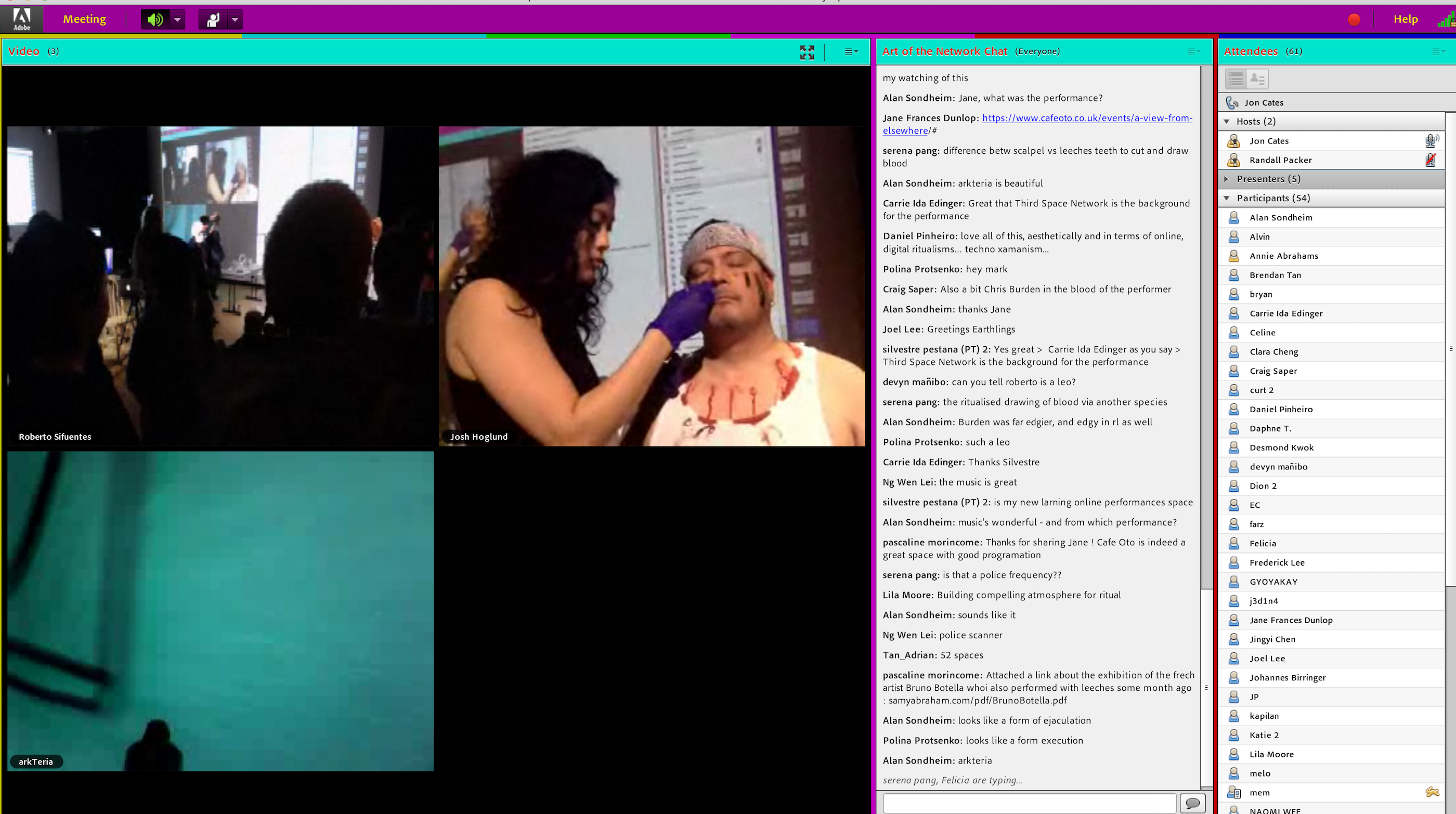 After that, the performance moved on to Roberto Sifuentes. He is seen with leeches on his body and face. I felt that this performance stood out the most. There were blood flowing down, yet he remain motionless. His performances involved ceding total artistic and physical control. he remain motionless the  the lady had the freedom to place the leeches at where ever she’s wants to. who  I thought it will be more interesting if the placing of leeches is open to the audience.

I felt that the performance by Roberto Sifuentes is similar to Yoko Ono’s Cut piece. Where the audience had the control to cut off as much cloths as the wish too.

In my opinion, I felt that the symposium could be more interactive if the audiences could participate in the performance, eg. the leech or maybe even asking the internet audience where to place the leech. Because we do not know if Roberto Sifuentes is in cahoots with his assistant.