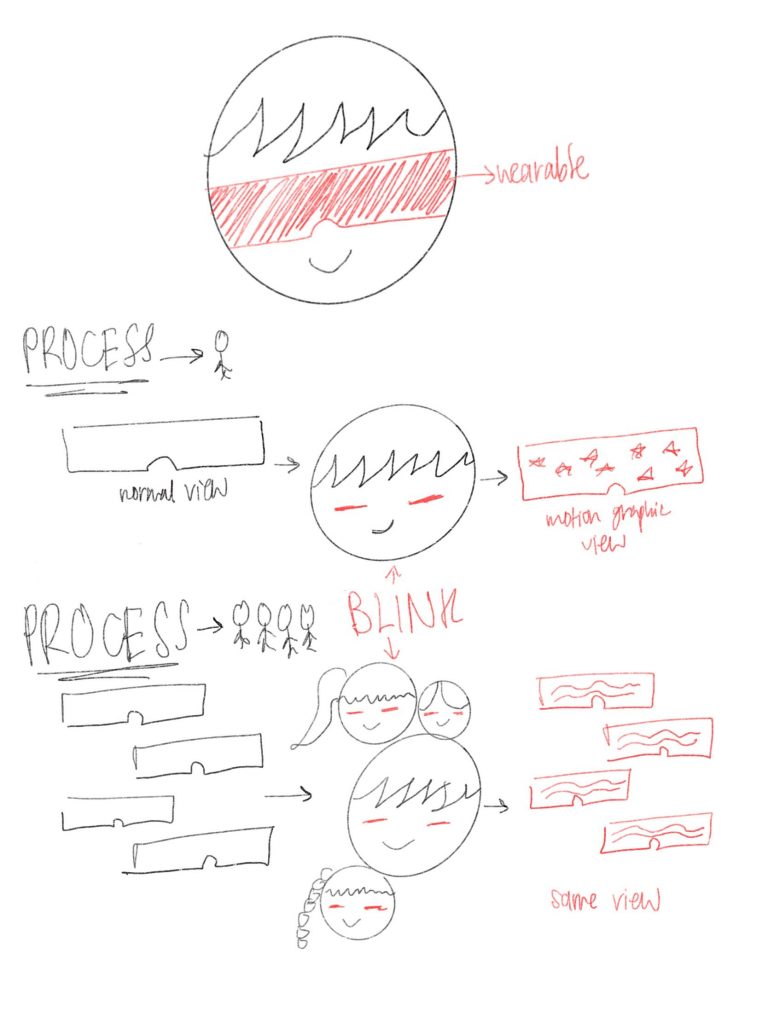 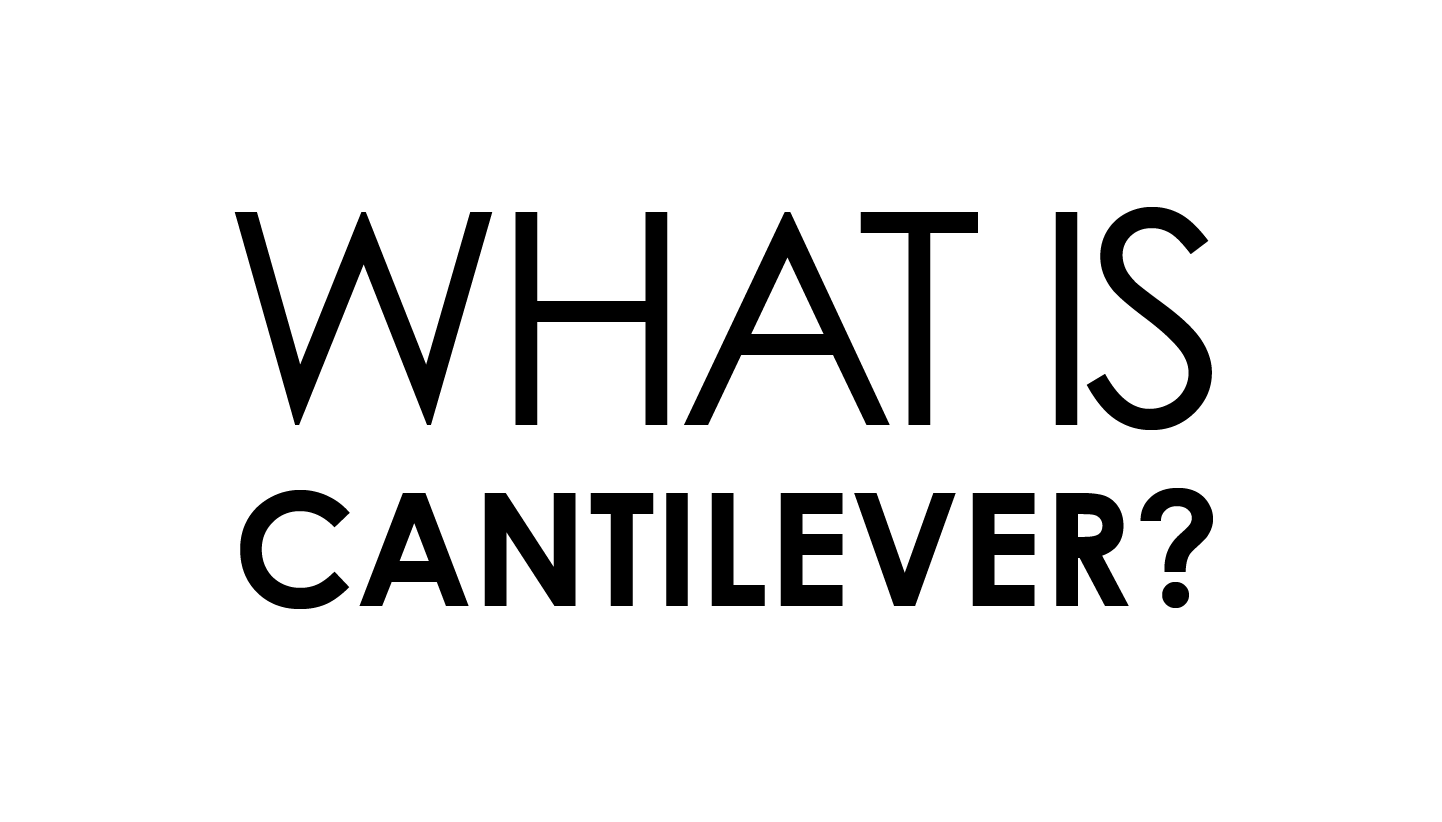 The word that I received was Cantilever. At first, I didn’t know the meaning of cantilever, so I had to googled it.

Definition of Cantilever: a long projecting beam or grinder fixed at only one end, used in bridge construction. 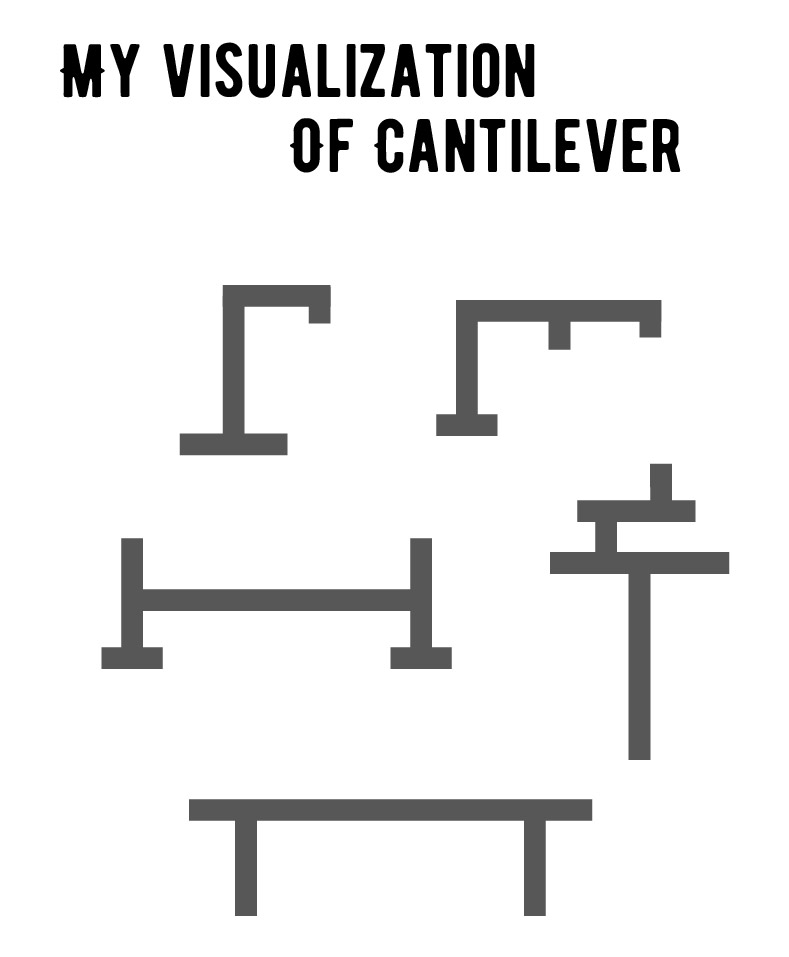 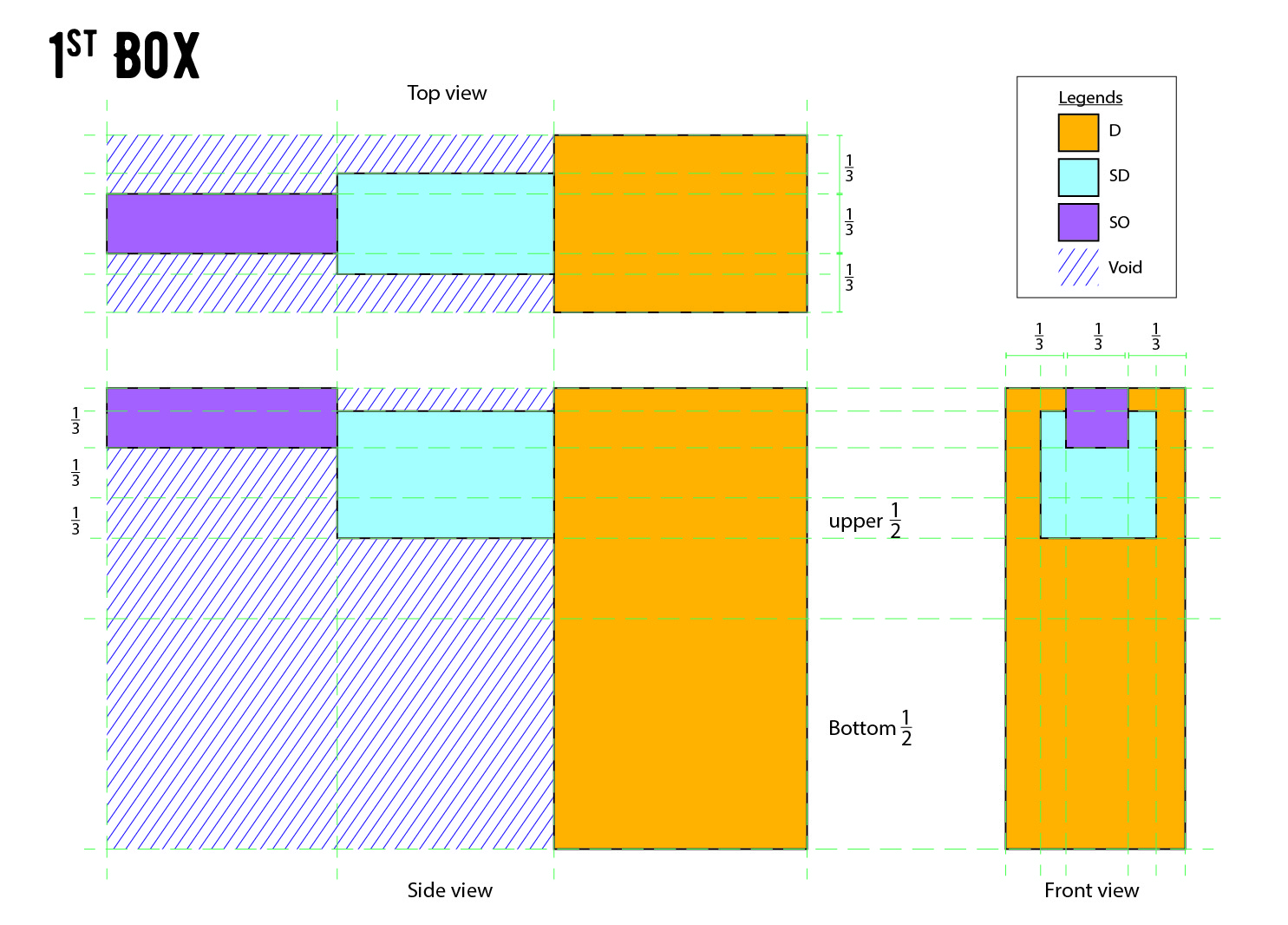 Feedback given about my first box:

2. Try to make SO more obvious 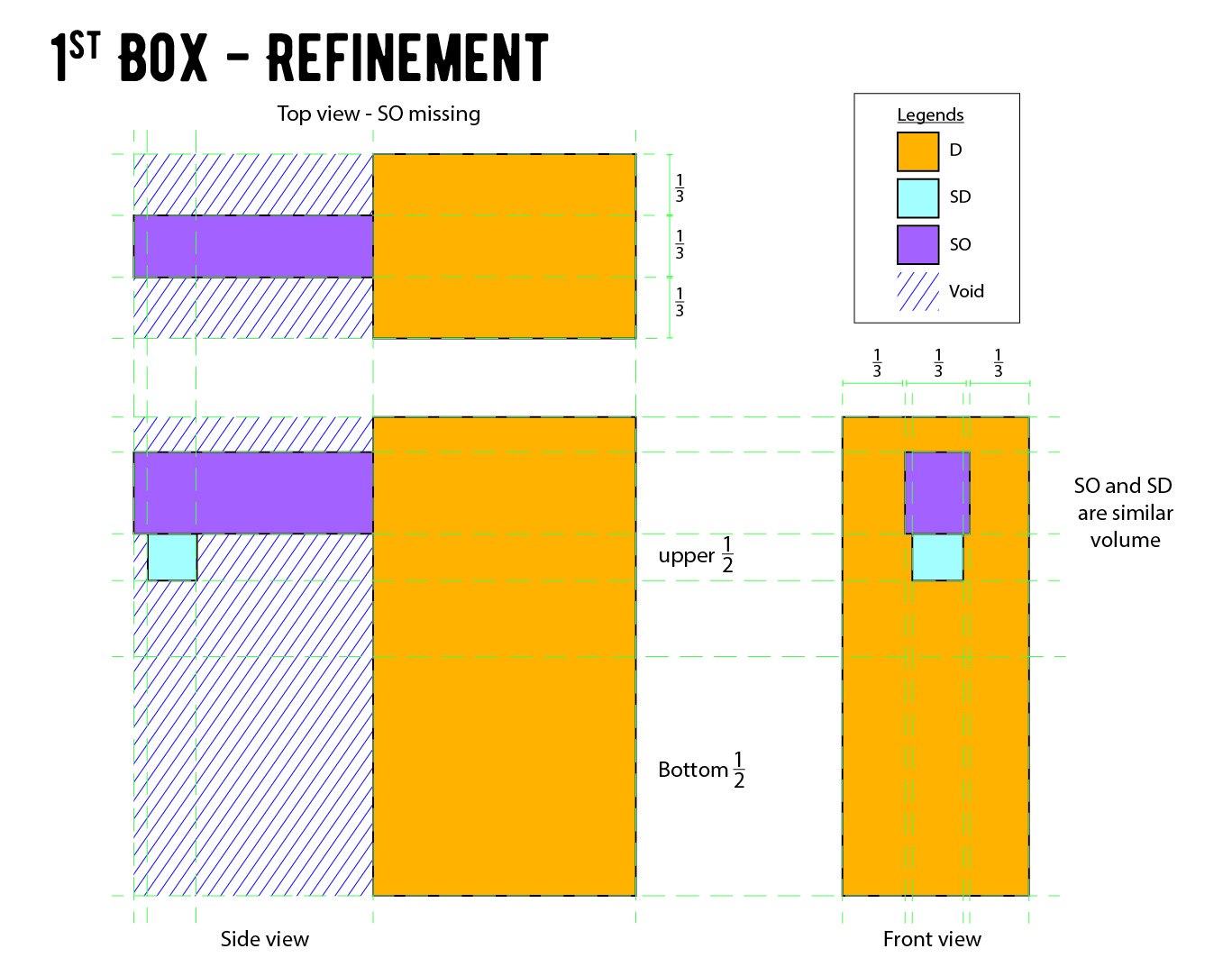 The first box refinement was done at home, I just removed a box and add in SO. The meaning behind it is still the same – direct and simplified meaning of cantilever.

After much exploration and experimenting, I wanted to come up with something that has more dimension using the rule of third. So I keep trying and trying until I get something that I am please with, within the time I have in class, which is the image shown below. 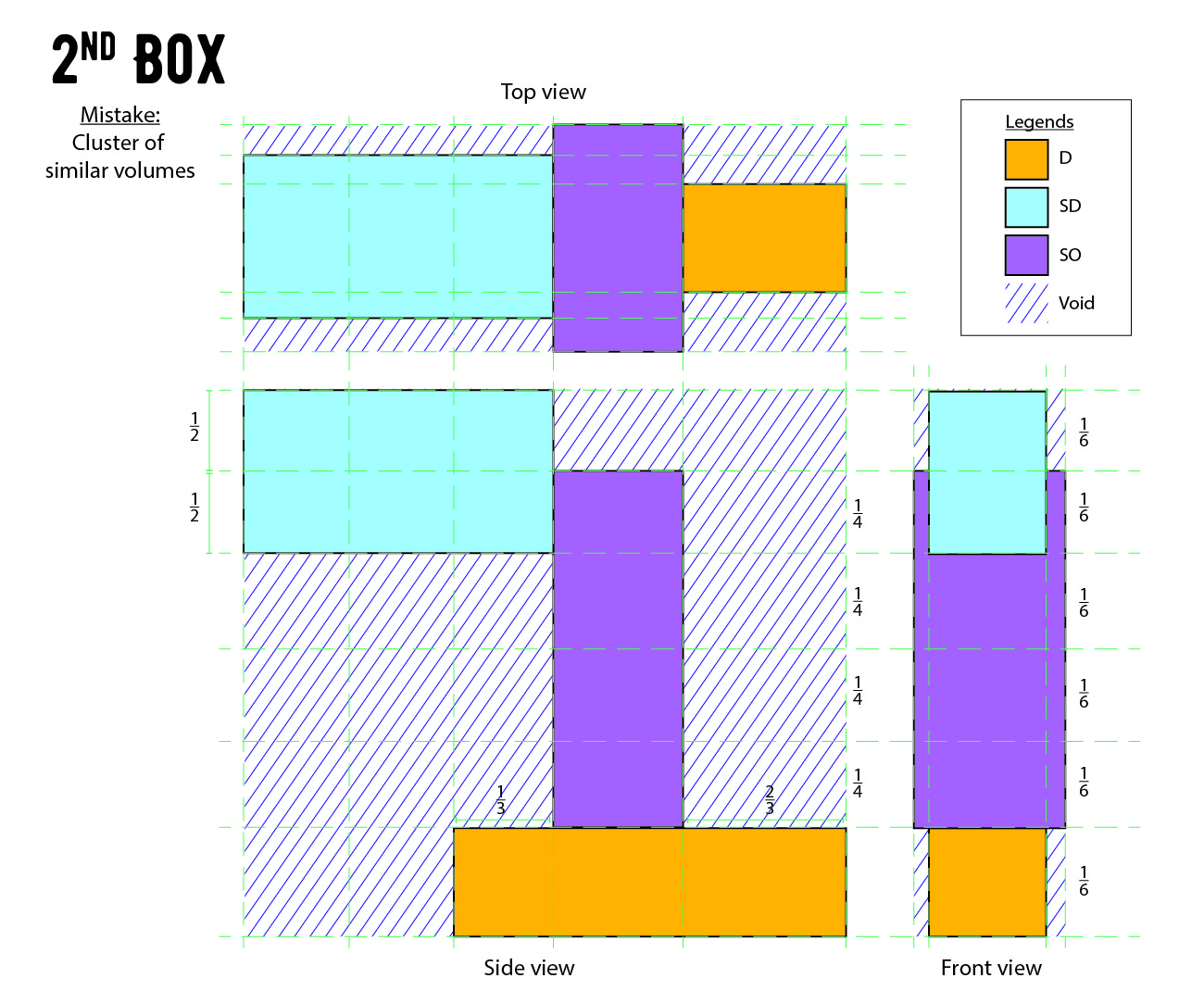 However, the biggest mistakes that I made was using boxes that had similar cluster. So I went home and did some refinement. 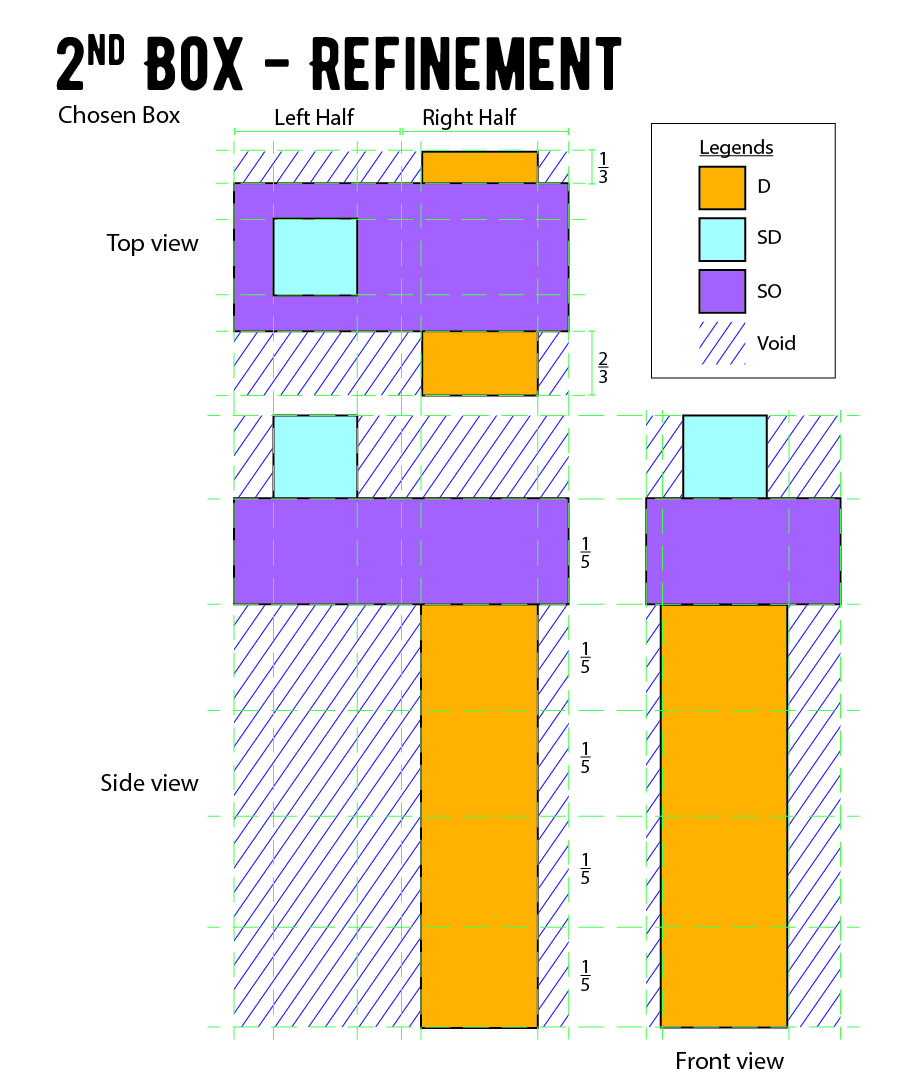 When I was doing the refinement for this box, I get annoyed that the boxes are not proportional. It just makes me feel like cutting the boxes or adding length to some boxes so that I can use the rule of third. But it’s ok, since we are going to use foam. *thumbs up*

Another challenge was all sided had to have the same  D, SD and SO. This was the most tricky part as I had to keep turning and turning the whole boxes.

The last challenge was the x-axis has to be perpendicular to each other, which I had to keep trying, changing the boxes and putting the boxes in different position.