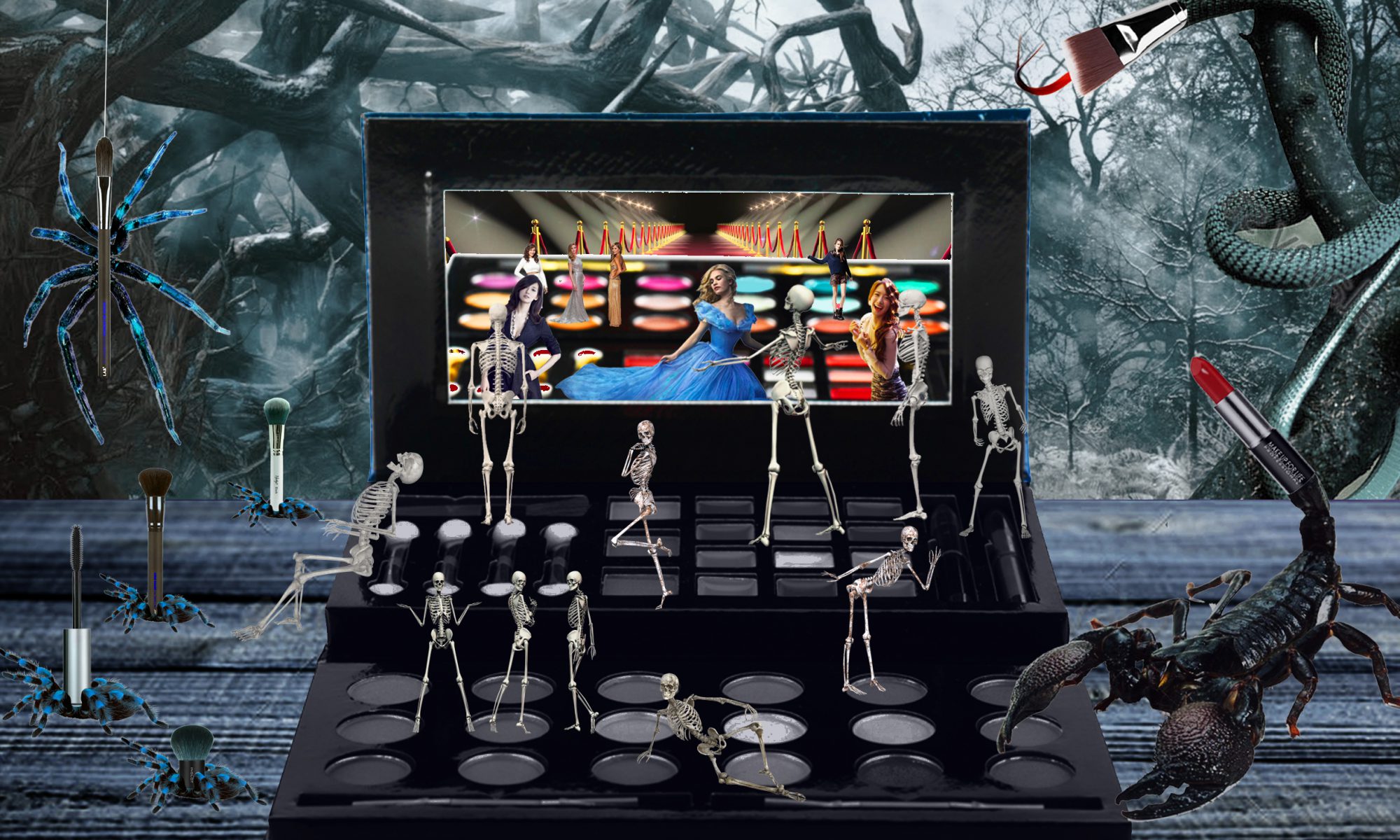 Hello! I realise I have no updates for 4D at all (since Joel didn’t require us to upload anything to OSS so far) so here’s just some stuff for personal record :)

For project 1, we had to create 3 original digital artworks based on the theme Strange New World. By manipulating visual images, three artworks containing landscape, figure and object (one each) have to be created, be it by addition, subtraction, and/or substitution.

For this project, I started out having two very vivid images of people standing on lamp posts as well as people squatting on lily pads intently gazing at something. These images were just random, but when I started to properly brainstorm for an overarching theme for my works, these images somehow fitted seamlessly with what I had in mind, which was an exploration of human traits that corrupt and dictate our actions.

This work endeavours to explore the human condition. Man, by nature, is inherently self-interested. We have never been spared the company of our puppeteers – our greed, ignorance, and vanity – who subconsciously dictate our actions, permeate our thoughts, and blind our visions. All around us, we see a parasitical manifestation of egotism. In midst of our furious pursuit to feed our already inflated sense of self, we ironically become more and more detached with ourselves. At the end of the day, behind all that grandiose façade, do we know who we truly are? Do we dare to bare our soul to ourselves? Greed, ignorance, and vanity – to which do we own our conscience? 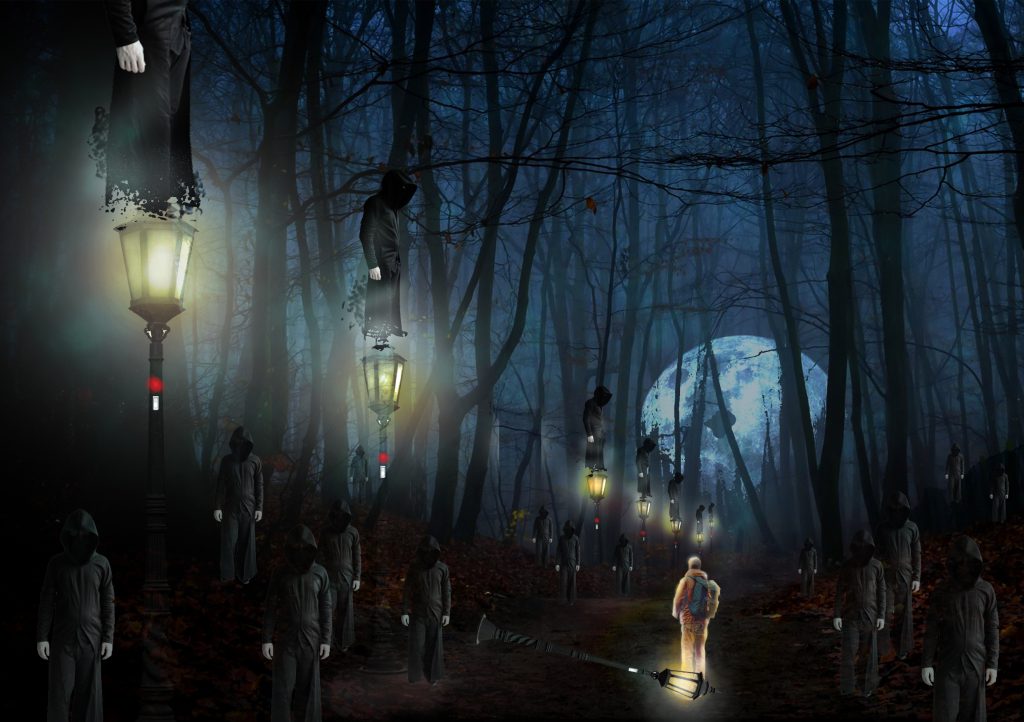 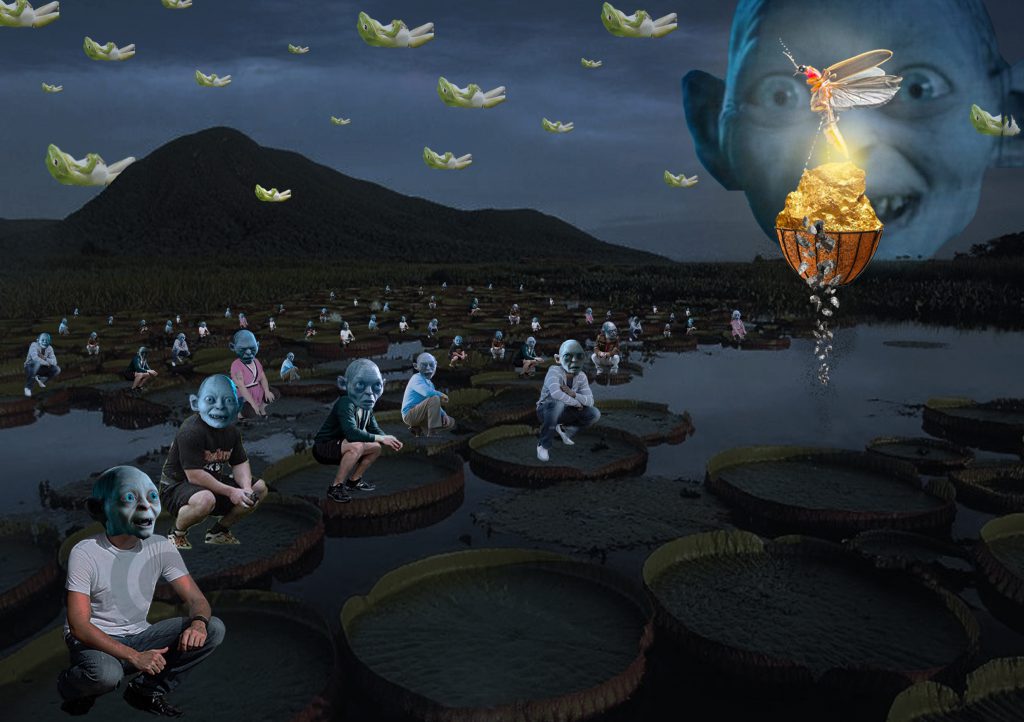 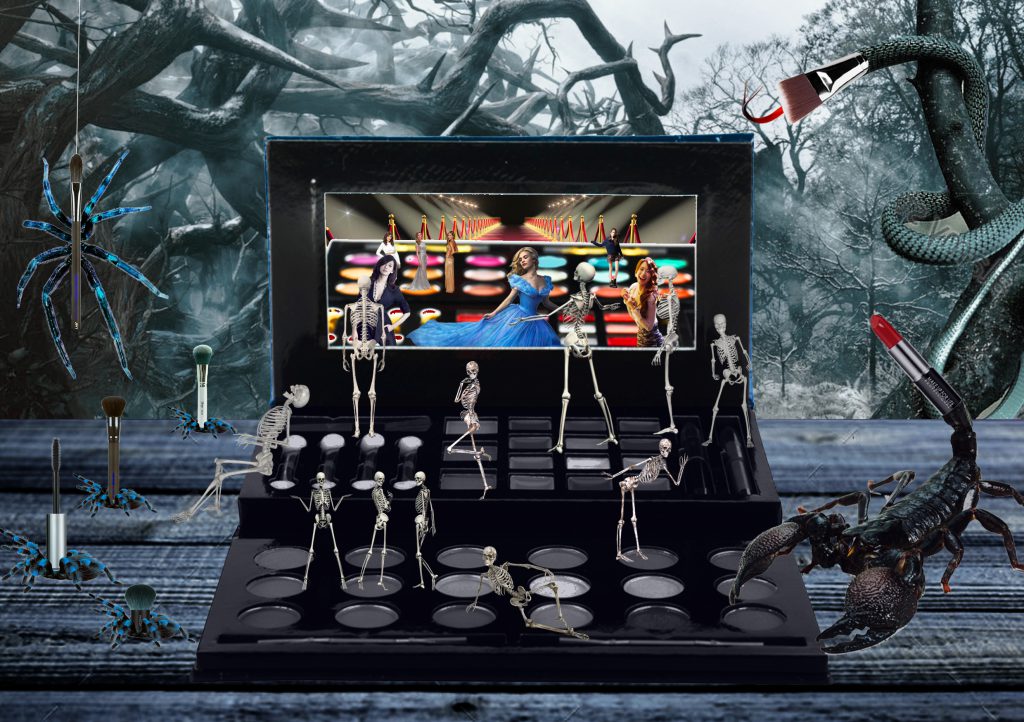 These 3 artworks are arranged in sequence of its creation, which explains why the first looks so much more amateurish than the last.

Overall, I really enjoyed the process of creation in this project: you start with a vague idea and walk the journey with it, curiously observing how your idea develops and how inspirations jump at you at the most unexpected moments. In aspects of semiotics, it was interesting to actually seriously consider why you use a certain element; what does it represent in this context; how can I use a certain symbol to my advantage; and how does the symbols changes the interpretation of my work. As a non-frequent user of digital media, working with digital images was a fresh experience – there are a lot of things that can be manipulated in digital media but not in traditional. For example, I can be a lot more adventurous in digital media because the actions are reversible, and thus I am empowered to be vastly more experimental :)