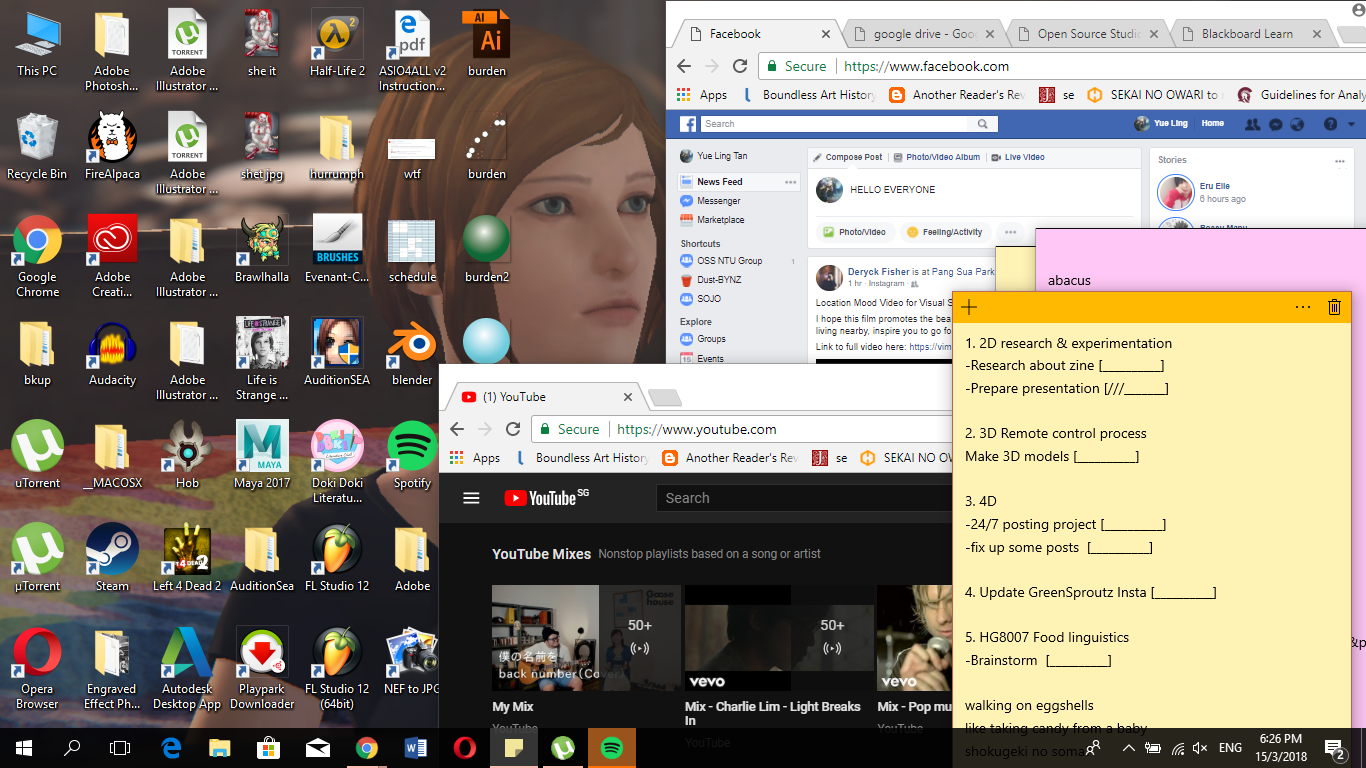 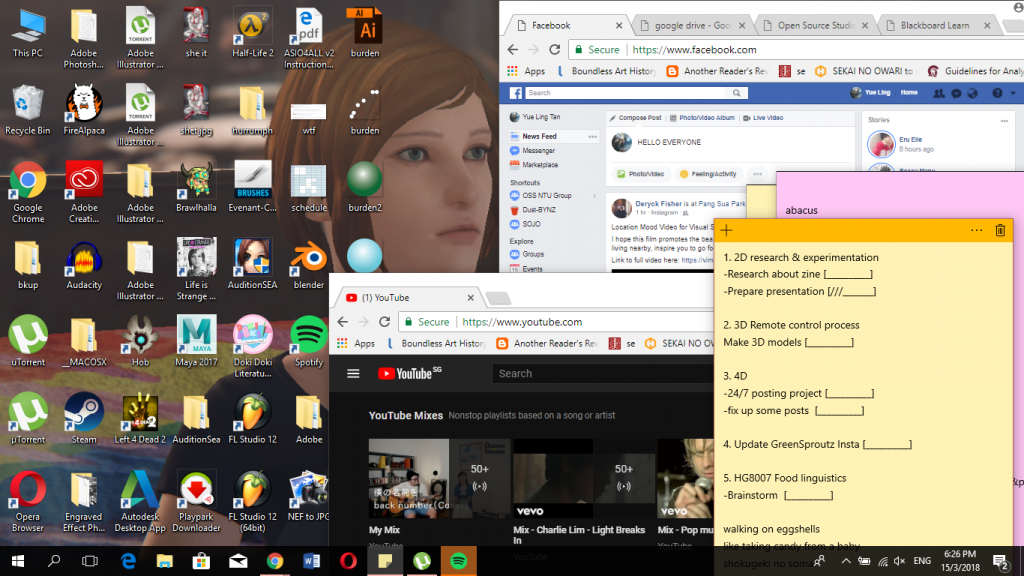 My desktop is as cluttered as my brain is. (so is my room)

I have a lot of junk files and applications that I don’t even frequently use stored on the left of my screen. It’s like an organised mess, you know?

My to-do list are always open in my notes.

Facebook is always there for distraction and there are various tabs open for school.

The background is from one of the only few computer games I own called Life is Strange and I really love the game :DDD 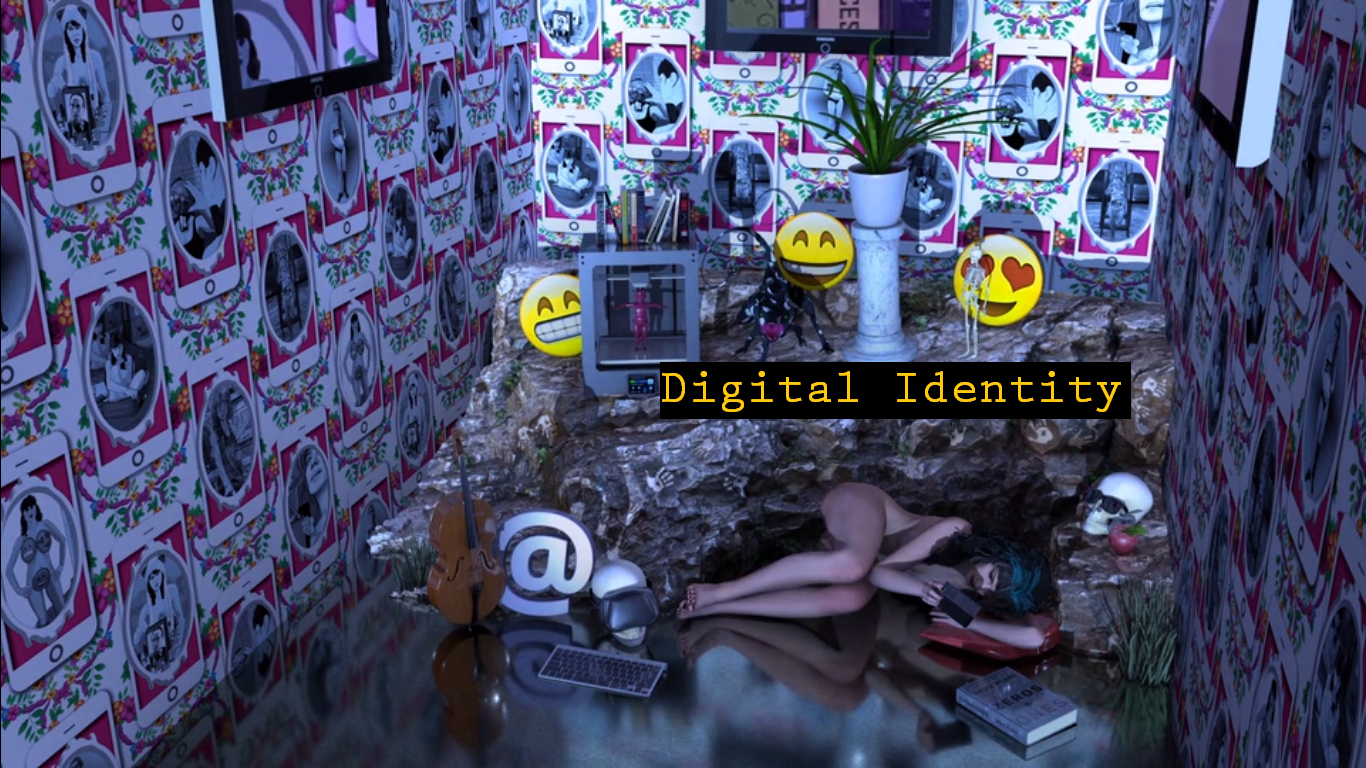 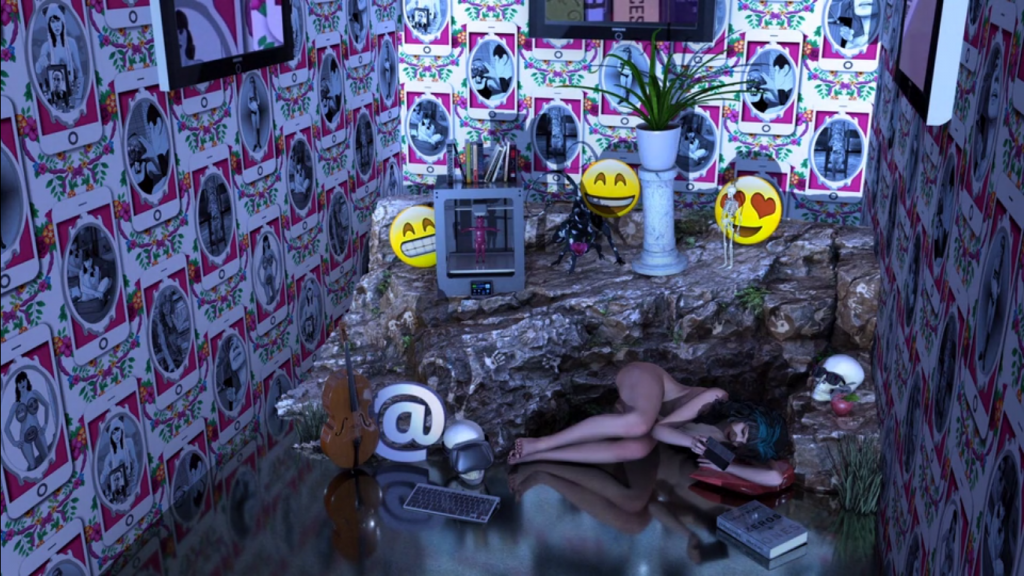 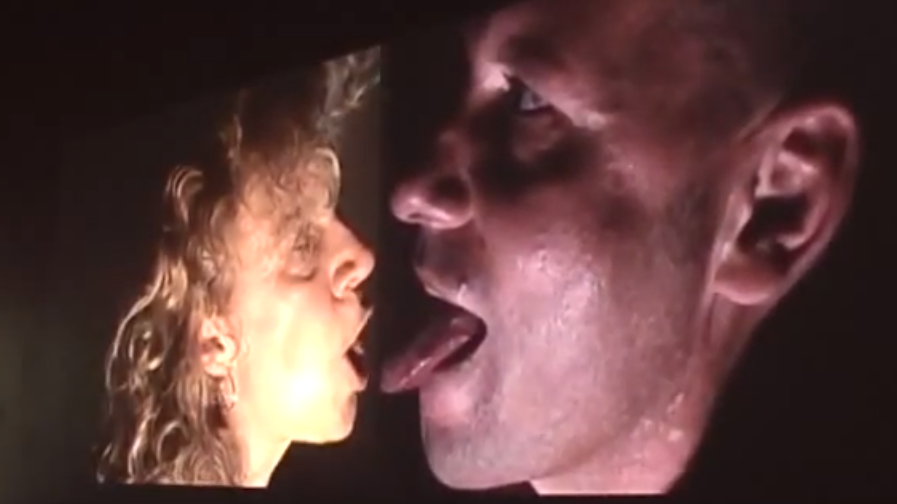