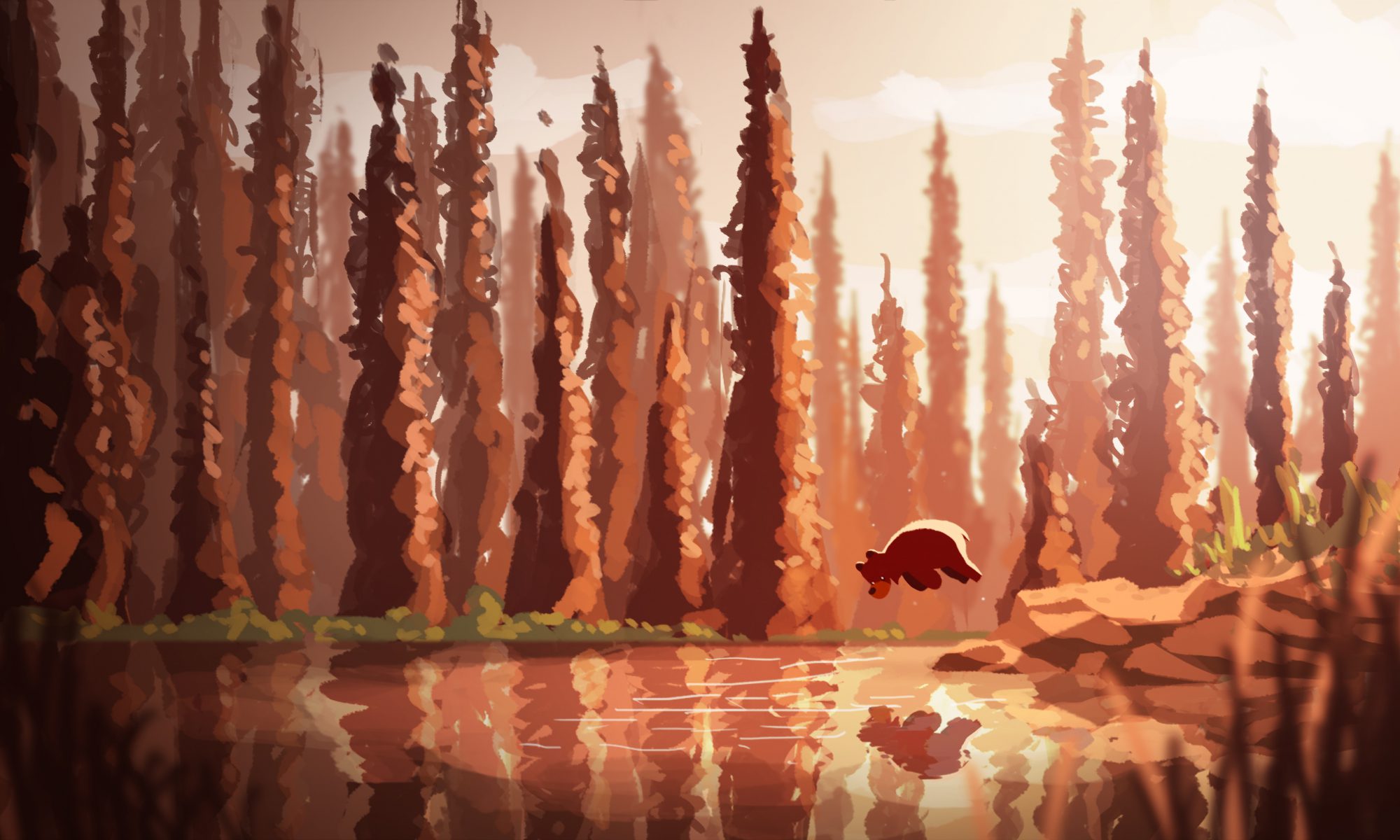 For this assignment, we were tasked to create a series of images that would evoke or express various emotions.

I have created a series of four images which depicts the emotions of happiness, surprise, sadness, and fear. The series revolves around a bear and his interaction with different environments, each evoking a different emotion  to the viewer based on colours and lighting.

For Happiness, I picked a sunset, autumn-like colour scheme of warm orange. I wanted to evoke a sense of tranquility along with happiness; the bear jumping into a calm lake in a seemingly peaceful forest.

For Surprise, I wanted to express this emotion by introducing specks of light in a dark environment. A field of fireflies in the dark creates a sense of wonder and mesmerisation.

For Sadness, two things came to mind, dull muted colours and rain. Rim light was included to  add some brightness to the otherwise dull image and to separate the various elements from the background. Rain was added to give the illustration a more gloomy feel.

For Fear, I initially pictured the bear alone in a dark forest, but I thought that if there was another bear which had been shot dead in the scene, it would evoke a stronger sense of fear for the bear. Rim light was very important to distinguish the characters and trees as I wanted minimal light in this scene to evoke this emotion. A dutch tilt was also incorporated to create a sense of uneasiness in the scene.

I started by sketching out thumbnails of different compositions for the various emotions. I then blocked out the values in grayscale. After which, I experimented with a few colour schemes and selected the one that best portrayed the particular emotion.

The final step was to add a subtle filter of light to enhance the image, creating the glow from the light sources.

For my research, I looked at the concept art of various animation films, as well as a book called The Colour of Pixar, which contains scenes from various Pixar movies catalogued by colour. I also referenced Pascal Campion’s style of illustrating, his use of colours and the way he uses lighting to enhance his illustrations.