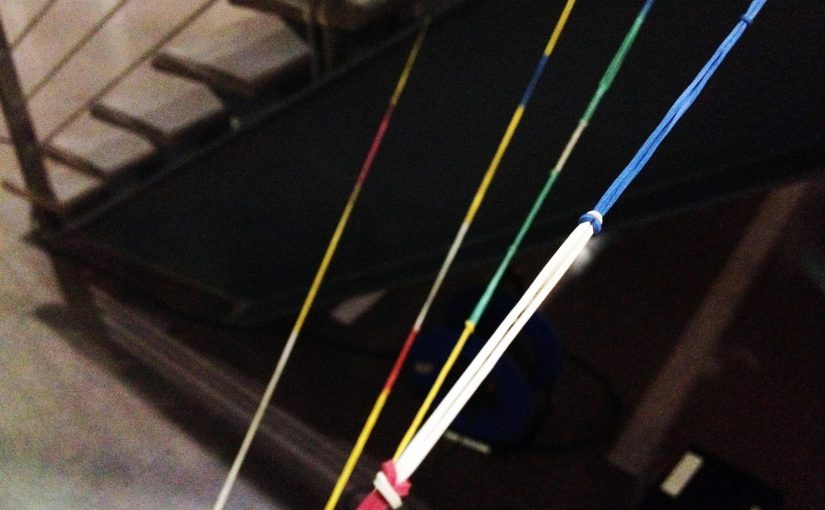 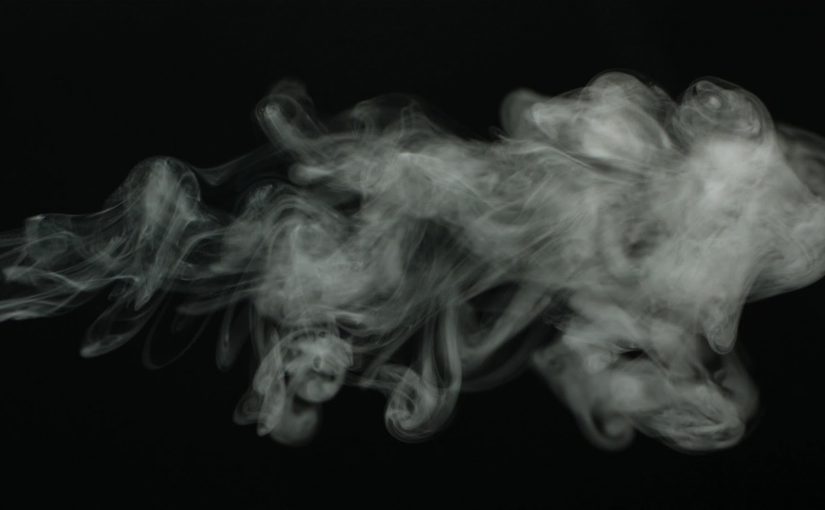 Overview
Walking on air (woa) is an interactive installation that allows visitors to trace their own paths in a smoke-filled environment, and experience being above the clouds.

Concept: Creating an otherworldly experience, an experimental space where the body becomes the instrument. Individual bodies are disregarded, and instead become part of the bigger picture.

Functionality: In woa, a smoke generator will create a foggy atmosphere in the room, and the projector will continually project a wavy line into the smoke at a height slightly above the calf. When light is projected into smoke, a smokey, surreal form independent to the initial wavy line is created. This creates the illusion of clouds forming, and walking above or on clouds. When there is movement, a motion camera tracks the movement and a light trail formed by the movement (eg walking) is immediately projected at the location where movement is detected. Where movement overlaps or take longer to move, the light trail becomes brighter. Over time, the light trail will dissipate (with the dissipating effect) and fade away, resuming the original sight

Colour for the light beam would be restricted to only white, to reduce visual distraction and to preserve an ethereal feel. Music notes would similarly adopt a

Technicalities: MaxMsp would be used for motion tracking, and also as a sound synthesiser.

Aim: For woa, I wish to achieve an ethereal feel bordering on minimalism, and going back to the basic, rudimentary elements. The visuals and surroundings are kept sparse, and available elements kept strictly little. However, I want to imbue a slight element of play, to make interaction engaging and open to all age groups. It is hoped that visitors leave the installation entranced, as though they had just visited an alternate world. At the same time, a slight element of bodily displacement would be created, with the visitor, having an extremely wide movement range but without a set moving path within this changing, unfamiliar environment.

Inspired by Anthony McCall’s You and I, Horizontal, ideally, my installation would also bring across a simple sensation using the most basic instruments.

Interaction: Walking, running in the path of the light, backtracking, circulating

1.You and I, Horizontal II (Anthony McCall)

The usage of the smoke and light beams originated from this work. However, I would like to push it further and make it more interactive with accompanying sounds.

I would like woa to adopt a similar premise – immersive, playful, yet simple. Perhaps I could analyse the movements and behaviour of visitors who took part in the installation and predict how they would behave in mine.

Penique productions changes the space by blowing up a balloon and wrapping all the items in the surroundings with rubber. Here, they have changed the space visually. 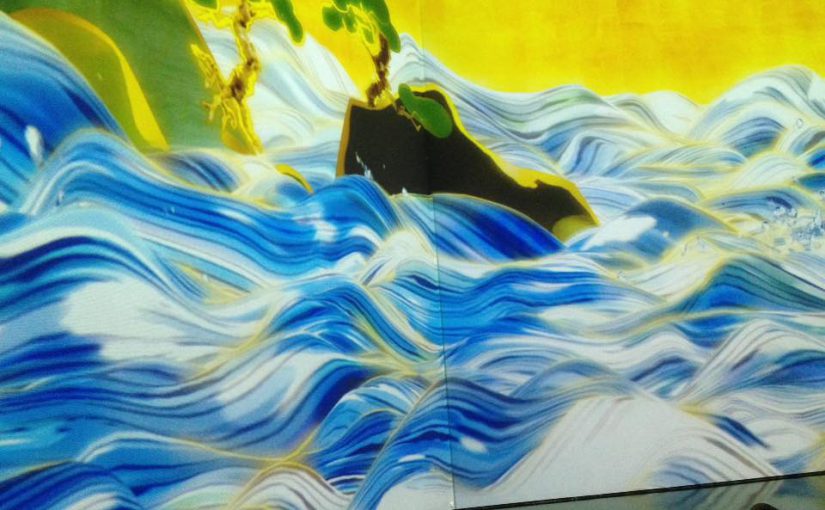 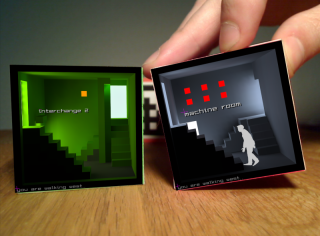 levelHead is a spatial memory game by Julian Oliver. 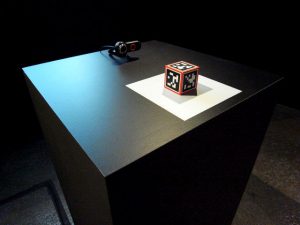 levelHead uses a hand-held solid-plastic cube as its only interface. On-screen, it appears each face of the cube contains a little room, each of which are logically connected by doors.

The visual output is captured via a camera, and later overlaid onto the printed, checked. After which, the entire image (background and computerised overlaid graphics) and then projected onto a different, larger screen. 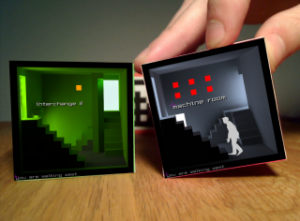 In one of these rooms is a character. By tilting the cube the player directs this character from room to room in an effort to find the exit.

Some doors lead nowhere and will send the character back to the room they started in, a trick designed to challenge the player’s spatial memory. Which doors belong to which rooms?

There are three cubes (levels) in total, each of which are connected by a single door. Players have the goal of moving the character from room to room, cube to cube in an attempt to find the final exit door of all three cubes. If this door is found the character will appear to leave the cube, walk across the table surface and vanish.. The game then begins again.
Source 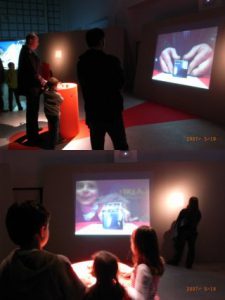 It is a very interesting idea, that a simple object can be transformed into a device, without the object itself having any technical aspect. Rather, the object, or in this case the device, acts more of a medium on which a screen-based projection is overlaid on. The blend between the physical object and the projection here is seamless, and feels intuitive enough for the user. Personally, it is a very clever and simple idea.

From the documentation video, I noticed that the projections were a little too small for the eye to look at, but in subsequent installations, a larger screen was used to circumvent this limitation. In addition, I found the concept of this art to be very relevant to the medium – the physical space of imaginary and unseen architecture (through a digital world), realised through physical muscle memory and brain memory, reflects how modern day memory formation is created, through artificial computerised means, yet still reliant on ‘traditional’ techniques. 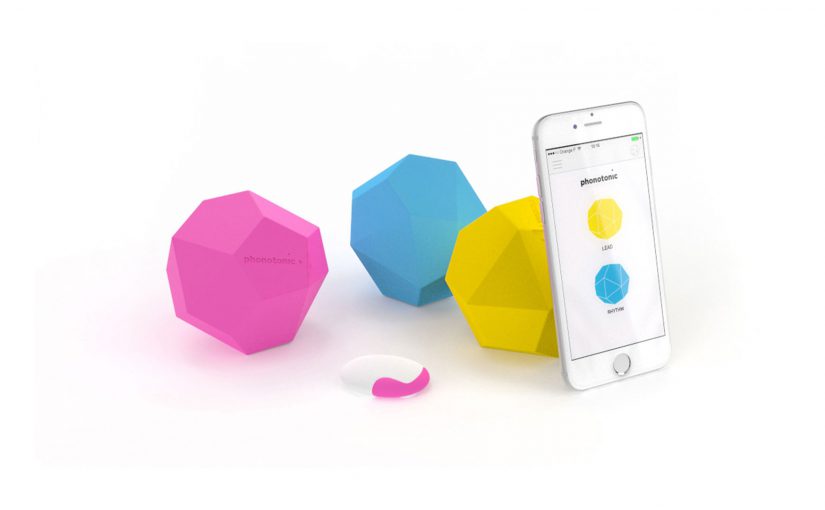 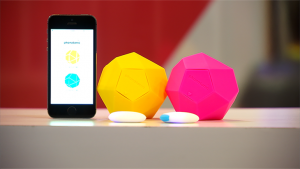 Phonotonic is a smart object and an app that changes motion into music, blending the physical and musical world together. By shaking the Phonotonic, corresponding musical beats, melody or sound effect will be blasted through external speakers. Different musical instruments can also be changed, by using an accompanying Phonotonic application 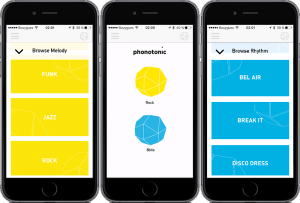 The Phonotonic sensor can also be removed, and placed onto other surfaces eg. parts of the body. Dance moves, or other motion, could thus activate more unique music playing. One can also opt to combine two or more Phonotonics, for a richer orchestra.

Personal thoughts:
It could be really useful for teaching music to children, or for therapy sessions. It’s compact size, along with its simple design, makes it easy for anyone to use it. However, the free movement required to play music with it has its con – the music played is hard to standardise should the same tune be required to be replayed.

See it in action:
(Duo Mode) 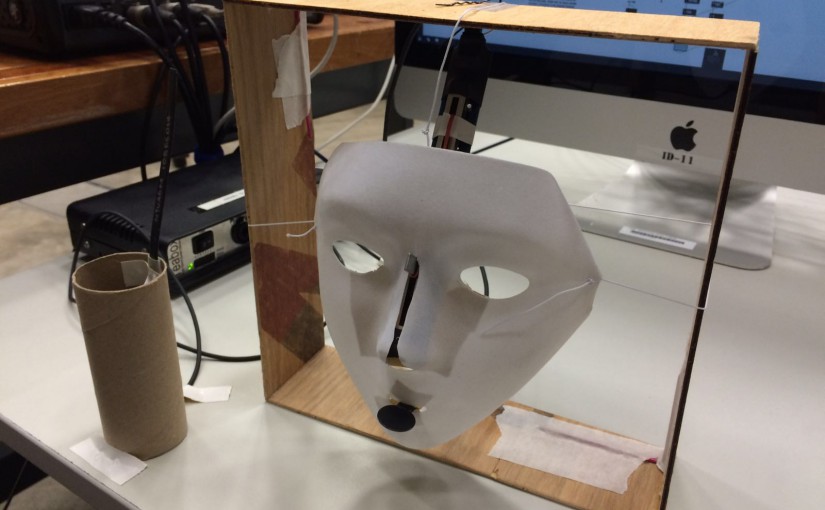 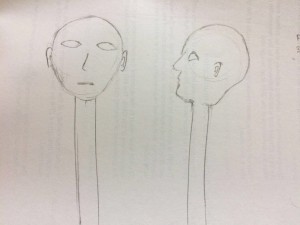 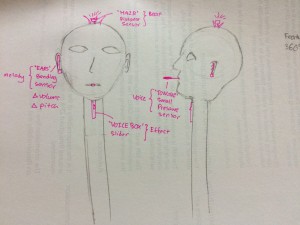 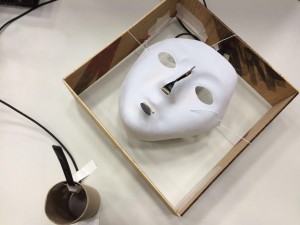 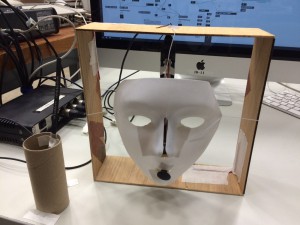 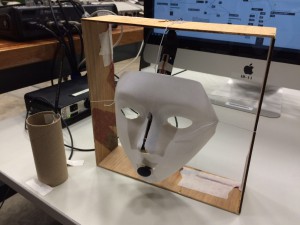