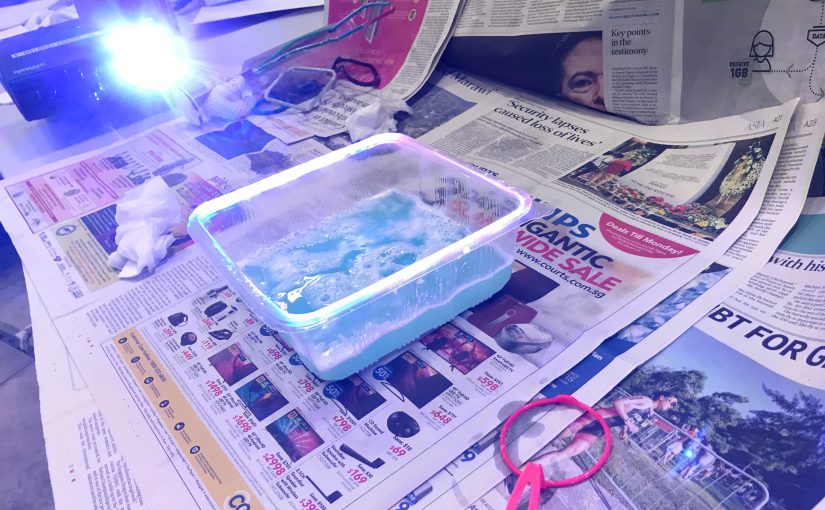 Waterwheel and Bubbles
As I wrote earlier, I wanted to include the reflections off the bubbles into my installation. Since I wanted the reflections to come many at a time, I decided upon a circular repetitive mechanism, much like the spokes of the water wheel.

Supposedly, there will be a mechanised clockwork arm to repeatedly turn the bubble wand, and reflections would be created and reflected onto the surrounding space.

I tried making wands of different sizes uses pipe cleaners, to play around with the reflected outcome. However, I clearly did not think it through properly; the largest wand couldn’t sit properly into the soapy trough.

Reflections
Clearly, most if not all of my ‘prototypes’ or experiments did not work out well at all. As such, I went to purchase a proper bubble machine from the stock racks. We’ll see how it goes in future post updates.