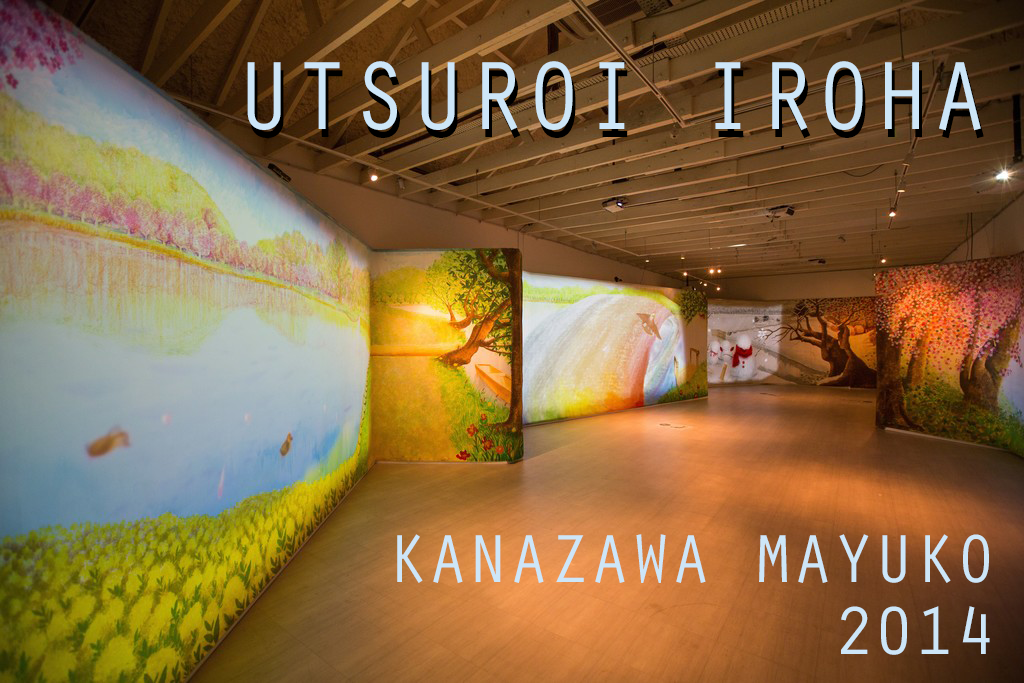 For my hyperessay, I chose Kanazawa Mayuko, a Japanese artist whom works were recently exhibited at Singapore Arts Museum’s (SAM) Imaginarium 2018 – Into the space of time. I selected her artwork which was recently exhibited at SAM, Utsuroi Iroha. Utsuroi Iroha is an artwork of seasons and time which invites their audience to participate and be a part of the artwork. Her work is relevant to our previous studies of multimedia concepts and paradigms, but I will be focusing on the topic – Interactivity in my Hyperessay.

Utsuroi Iroha is interactive in the manner that the audience stands at a marked spot and does a certain action. From that action, the visual display changes, alongside incorporating the audience itself inside the display. Image recognition sensors weaves the audience into the artwork. Below is a video that I took of my friend when we went to visit the exhibit.

Based on Norbert Wiener’s, “Cybernetics in History”, Utsuroi Iroha ties in with the concepts and forms mentioned about interactivity. In cybernetics, specifics acts of communication and transfer of information between the observer and the machine are being looked at. The principles of cybernetics are applied in Utsuroi Iroha, as the act of communication is via actions and touch, and the information is being transferred when the audience sends a message to the image recognition sensor and it responds back by changing the visuals seen on screen.

Based on Roy Ascott’s “Behavioural Art and the Cybernetic Vision”, he mentioned the concept of behavioural art – which draws its characteristics of flux, change, indeterminancy from the confluence of cybernetics and new interactive forms. Utsuroi Iroha is behavioural in nature, as they are responsive to the audience, not fixed, and will change from moment to moment. The audience is no longer passive, but is a protagonist who can help determine or shape the outcome of a work. Feedback is negotiated between the audience and the machine, and is integral to the relationship. In the situation of Utsuroi Iraha, this concept is carried out, where the audience help deteremine the outcome of the work by having their image being placed on the artwork. This varies as every audience do not do the same action or have the same outlook.

A huge reference of artists’ work we learnt in class with regards to Interactivity is Robert Rauschenberg’s Soundings. The end product of his artwork varies as there are always different vocal sounds being transmitted and it affects the lights activated. It was through his interactive media work where the audience starts to take on a more interactive role rather than being a passive recipient.

Soundings is similar to Utsuroi Iroha in a manner that audience plays an interactive role in the interactive media work, and the work varies according to the audience. However, a difference is that Soundings is better shown when a group of audience is present, but if a single person is there, it works fine too. But, Utsuroi Iroha does not have the capacity for a large group, and the maximum audience per seasonal timepiece is 4. Any more than that, the image recognition sensor will be unable to detect. Furthermore, Soundings enables audience to be positioned anywhere near the work, but Utsuroi Iroha needs the audience to be positioned at a marked spot for the convenience of the image recognition sensor. Therefore, both artworks are similar in concept of interactivity but when it comes to execution, there are differences.

Similar artworks many Singaporeans are familiar with are works from TeamLab. Also from Japan, they are famous for interactive art with the usage of technology, and are exhibited on many museums and festivals within Singapore. A recent work that I visited from TeamLab is an exhibit they have at National Museum of Singapore, whereby sensors are being placed to sense audience’s movements and the work reacting to it in a unique manner.

(jump to 1:19 to see the Utsuroi Iroha exhibition at SAM),
credits to Amee on Youtube, https://youtu.be/gfzkokWcrRk

Utsuroi Iroha relied a lot on software technology where she played with motion graphics and having hardware (imagery sensors) be placed to detect images and concurrently, placing it in her artwork. There is a huge combination of art and technology used, and without technology, the work will not be able to work successfully and just turn out passive.

Kanazawa Mayuko’s Utsuroi Iroha did not demonstrate much collaboration as most of her work deals with technology, and is not performance art, but interactive art. The closest collaboration she has is with engineers and technicians on the technological aspect. However, there is collaboration within her targeted audience, as if there is no human interaction, the artwork is pretty empty, as the main focus only appears when human interaction is present.

In conclusion, Kanazawa Mayuko’s Utsuroi Iroha is a successful interactive media art with a strong concept of interactivity. It is a good combination of art and technology and with the evolution of new media, interactive artwork will create an even longer history as more artists are coming up with ideas to combine art and technology.

Imaginarium 2018 – Into The Space of Time: Explorations In Contemporary Art At Singapore Art Museum