For this exercise, we were made to visual an incident whereby we fell asleep in a train and waking up to a whole different universe, filled with creatures we have created from our own ideas.

I have chosen the theme “Phobias” for this exercise. 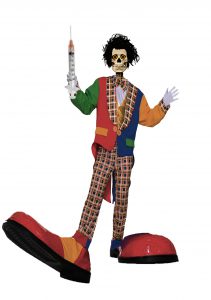 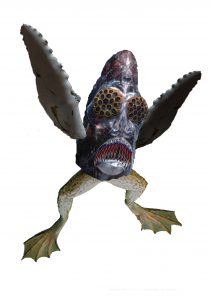 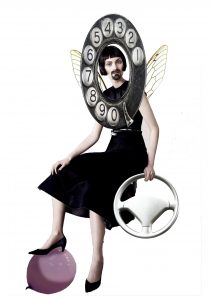 My idea of the characters are something that would totally freak you out when you have just woken up. Lack of sleep (fatigue) can cause hallucinations especially when you are both physically and mentally tired. People who have hallucinations tend to see their worst fears/phobias. Cause let’s face it, nobody has ever had such happy hallucinations.

I googled for a list of phobias that has ever existed around the world and I was shocked to know that basic-everyday things we see/use are considered “phobias” to other people. Some of the examples are beards, telephone dials, balloons, drivings etc. I combined the ideas into 3 different characters. With the clown being the scariest and the man-lady being the least. I’ve asked around a lot and it’s not a surprise to know that a lot of people hate clowns. They’re just creepy. On to the next lower level, I used a deep sea creature, merging together lotus flowers as eyes. I have a horrible fear of both deep sea and trypophobia (fear of holes). Lastly, I’ve merged together phobias which are not know to most of us. Things from our everyday lives (yes, that includes the lady too). All in all, the merging part was fun as I get to unleash my inner creativity to create one of the freakiest/scariest characters ever. I can’t imagine that clown chasing me. Would’ve probably dropped dead by then.

Had a hard time googling the images… Not because it was hard to find but because I’m googling images of my own fears. Staring at it for a few hours straight really caused my hair on the back of my neck to stand. In addition, I can try to link the 3 characters together and form a story because as of now, the 3 of them seems totally separated and are just characters on its own. Even the colours are not even. Some are brightly coloured whereas some are of a monotonous colour.

Hannah Hoch is an artist who highly supports women’s right of being equal with men. She spreads positive feminism through the work of art and raising awareness to the world (especially Germany) that women are on the same level as men when it comes to worldly affairs. 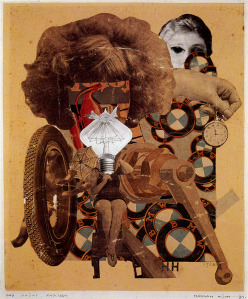 I find this piece of artwork to be very appealing and mesmerizing as it depicts an image of women being surrounded by technology and car parts. This shows the power and control women have with technical issues regardless of identity or gender. The colors used has a very warm tone and an old ragged texture. However, the artist has created the main attraction of the  piece to be the light bulb on the woman’s head, shining very brightly and looking new. This shows that even in the olden days, women are already intelligent in mechanical work and are shining as bright as ever up till today. 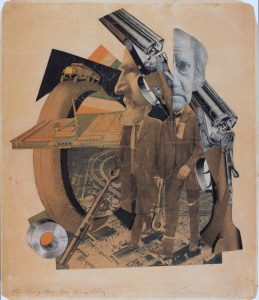 Hannah Hoch has a similar style for each of her work as most of them are of political messages that she was trying to spread across.  In this piece,  there’s an image of 2 men, whose heads are bigger than their body.  From this, it feels like their ego/pride in their head are bigger and they crave for power.  A shotgun can also been seen in the background which shows a sign of war and violence.  In my opinion, I feel that this piece shows that power were highly yearned for in the past and are gained through violence and killing.