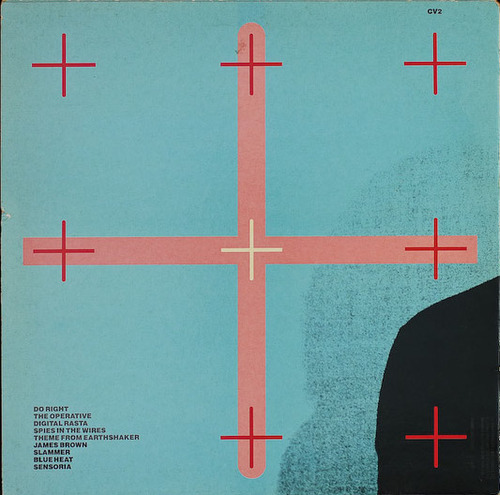 Neville Brody is an English graphic designer, typographer, and art director. He is most recognised for his rejection for commercialisation in his graphic styles, with his unique designs becoming the ‘much-imitated models for magazines, advertising and consumer-oriented graphics of the eighties’, as well as his highly innovative ideas on incorporating and combining typefaces into design.

Often referred to as a ‘star typographer’, Brody has designed a number of very well-known typefaces.

In addition to being an alumnus of the London College of Printing and Hornsey College of Art, Brody is most known for his work on The Face magazine, Arena magazine, and designing record covers for artists such as Cabaret Voltaire and Depeche Mode. His ‘pioneering spirit in the area of typography’ can be seen in FUSE, and starting studios such as The Studio and Research Studios.

Brody’s more prominent works include his contributions to the British music scene, and his experimentations with a new visual language in magazines, comprising mainly of a mixture of visual and architectural elements. This has led him to firmly establish his reputation as one of the world’s leading graphic designers.

Brody was one of the founding members of FontShop, designing a number of typefaces for them. He was also responsible for instigating the FUSE project (an influential fusion between magazine, and graphics and typeface design), and the founder of the FontFont typeface library.

He has also designed a range of his own typefaces, the most recognisable being the Blur font.

After researching more into Neville Brody’s works, I was inspired by the amount of contributions he gave to the graphic design field, as well as his “pioneering spirit” in changing how popular culture was perceived in the 80s.