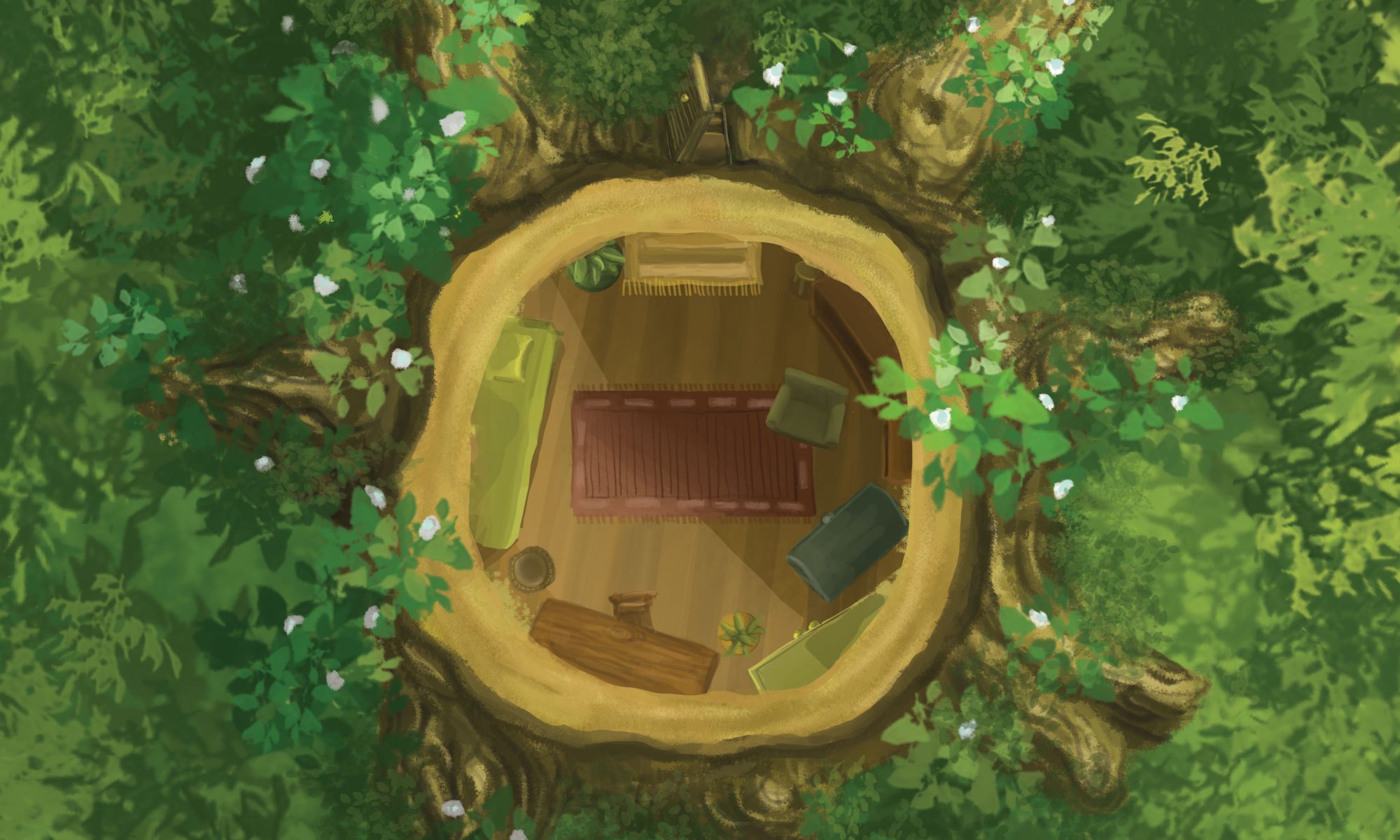 For this project, we were tasked to create our own movie campaign.

A tree spirit is displaced when his home — an mighty oak tree — was felled by humans. A moving adventure awaits him as he leaves his beloved home in search for a new shelter.

This story is inspired by a Thai belief that spirits inhibit trees, and that a ‘spirit house’ has to be built for the spirits when their trees are cut down. When I came across this fact, it prompted me to wonder what will happen if the spirit house isn’t built and the spirits have to search for their new homes.

Keeping in mind the fact “spirits” can be easily associated with ghost stories or haunted movies, I deliberately steered away from inducing such an effect by adopting bright and vibrant colours. As I intended the film to be of a fantasy and adventure genre that is suitable for kids to watch, I wanted the poster to convey a light-hearted mood while provokes curiosity. At the same time, with themes like deforestation in the movie, I was heading towards the exploration of environmentalism in the movie.

My main source of inspiration and colour study was Studio Ghibli films, in particular The Secret World of Arrietty. Studio Ghibli is renown for their visually-stunning images of nature and greenery. Their choice of colours and style are very much aligned with what I had in mind. 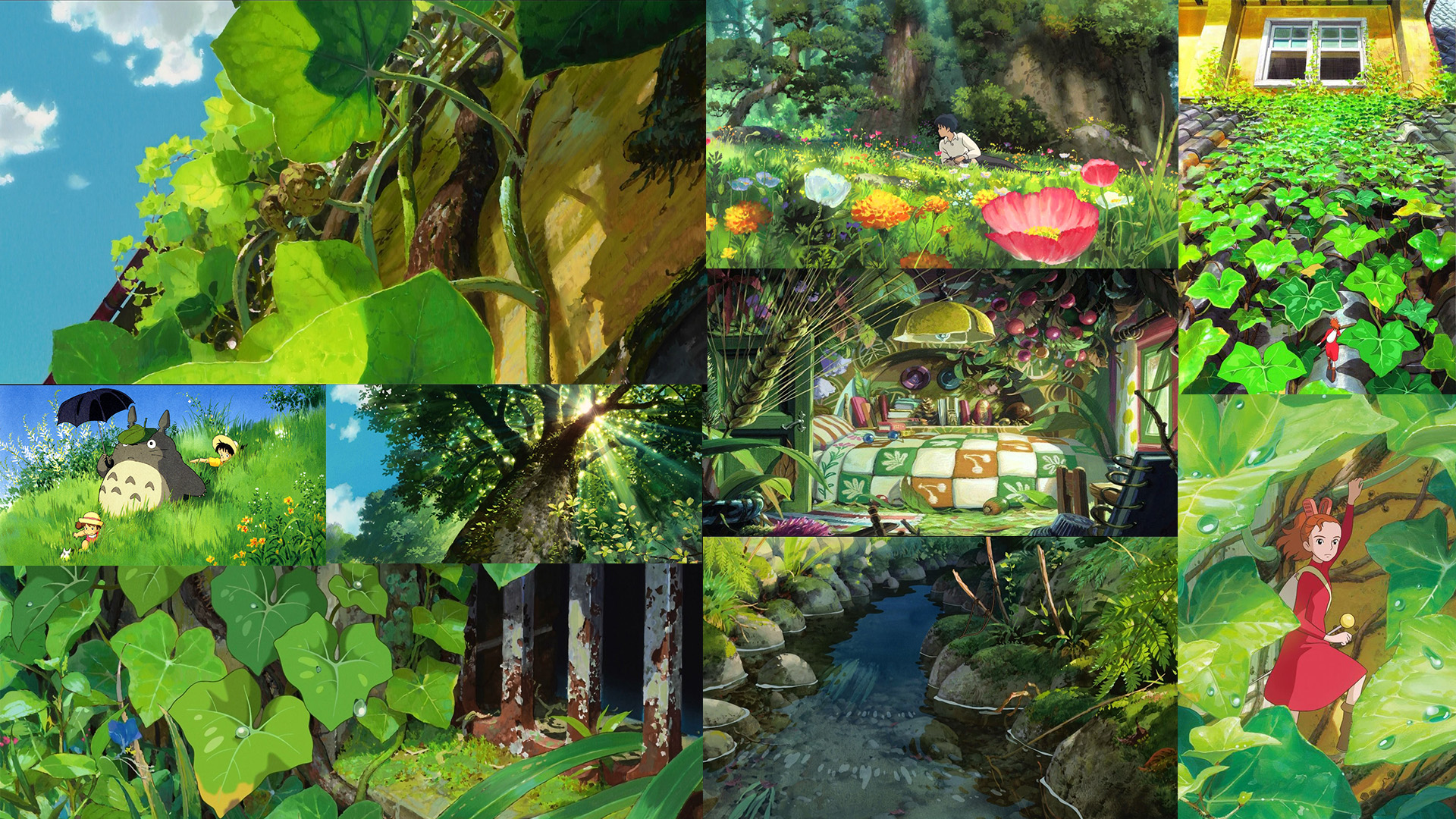 I did several sketches to brainstorm the design of the poster. Initially, I wanted to use the main character, i.e. the tree spirit, as the central focus and display it prominently on the movie poster. I tried several compositions that show that the spirit is miserable that is tree is cut down/ resolutely leaving its home to find a new place. 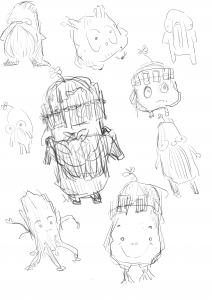 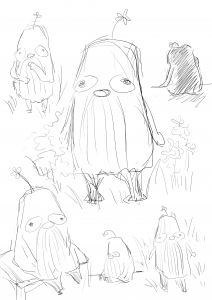 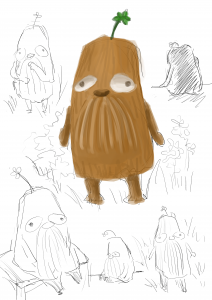 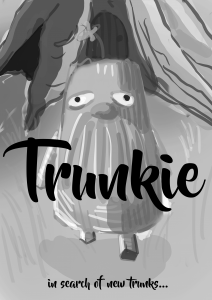 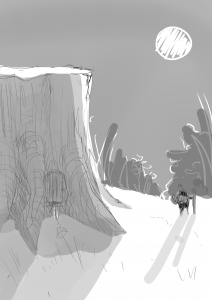 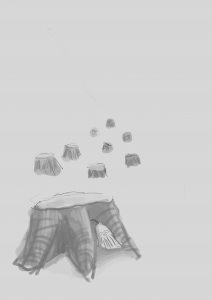 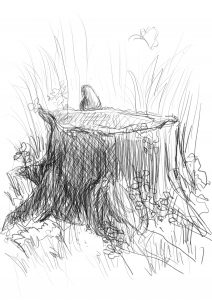 Upon further development, I decided to use the sketch below — a top view of the tree stump after the tree was cut off. No character can be seen here; the spirit has left already. I thought that this composition works the best because: firstly it sparks curiosity about why there is a house in the tree stump, secondly who lives in it, and thirdly where is the being that lived in it. 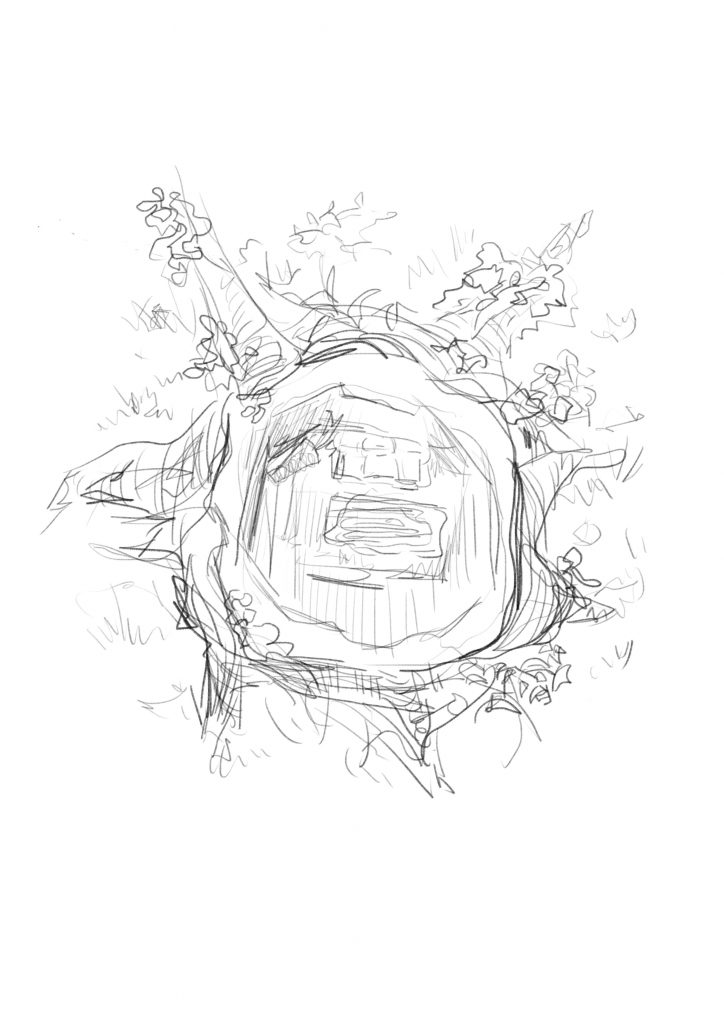 I used a central composition of the stump to draw attention to it immediately so that viewers will notice the layout of a house inside the stump. I flooded the sides with foliage and greenery instead of more complicated designs to emphasise the stump further. The greenery also heavily hints at themes of environmentalism in the movie.

The choice of typography is more quirky and cartoony to further express the light-hearted mood and to appeal to younger audience.

A small open door is added to the tree stump to suggest that someone has left the place. The layout of the house and furnitures are still to evoke a sense of stifledness and calmness — that the departure is quietly and seriously pondered over. 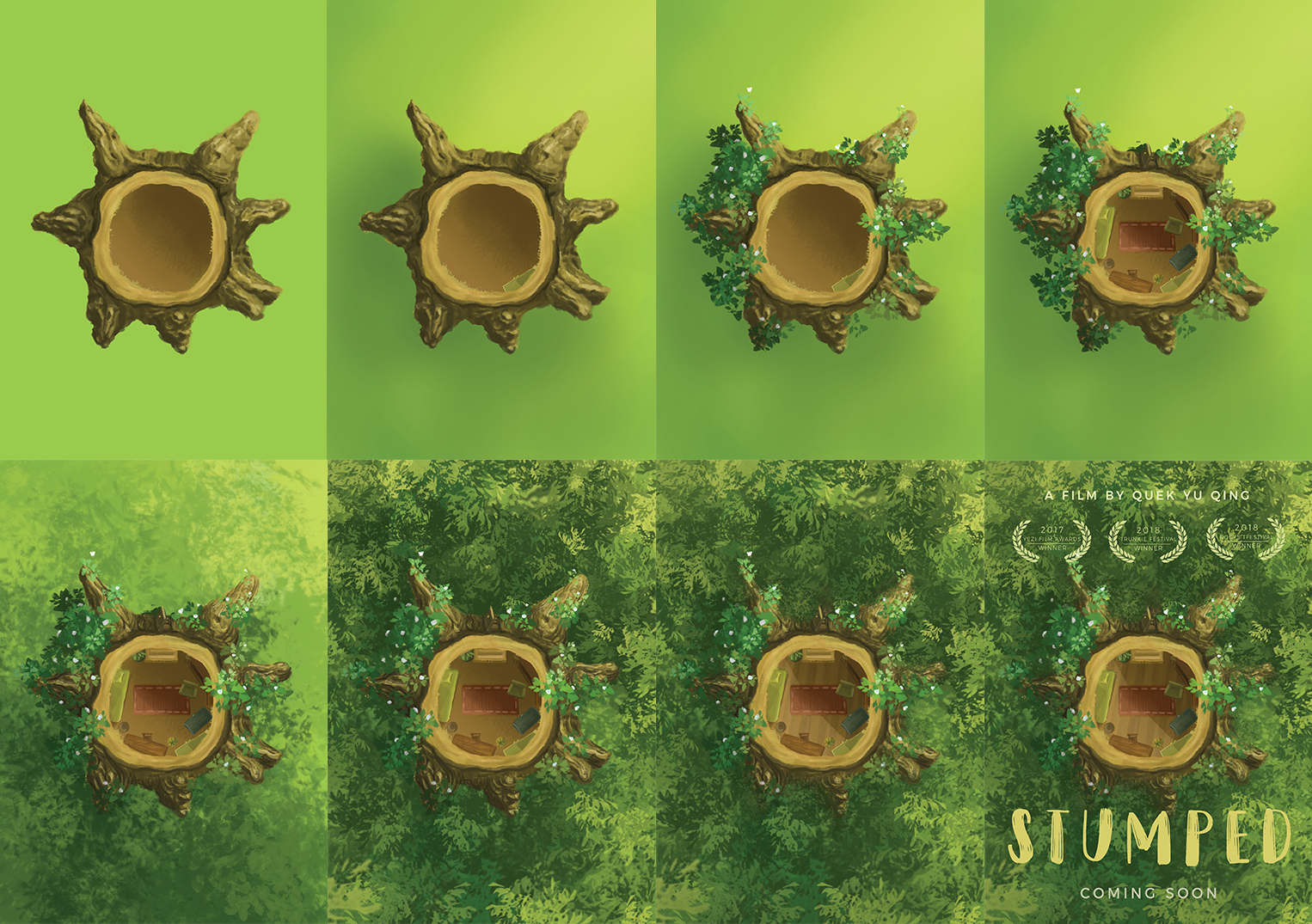 I titled my film “Stumped”, both as a wordplay on the tree stump and as a symbolisation of the spirit’s bafflement and confusion after his house was destroyed. 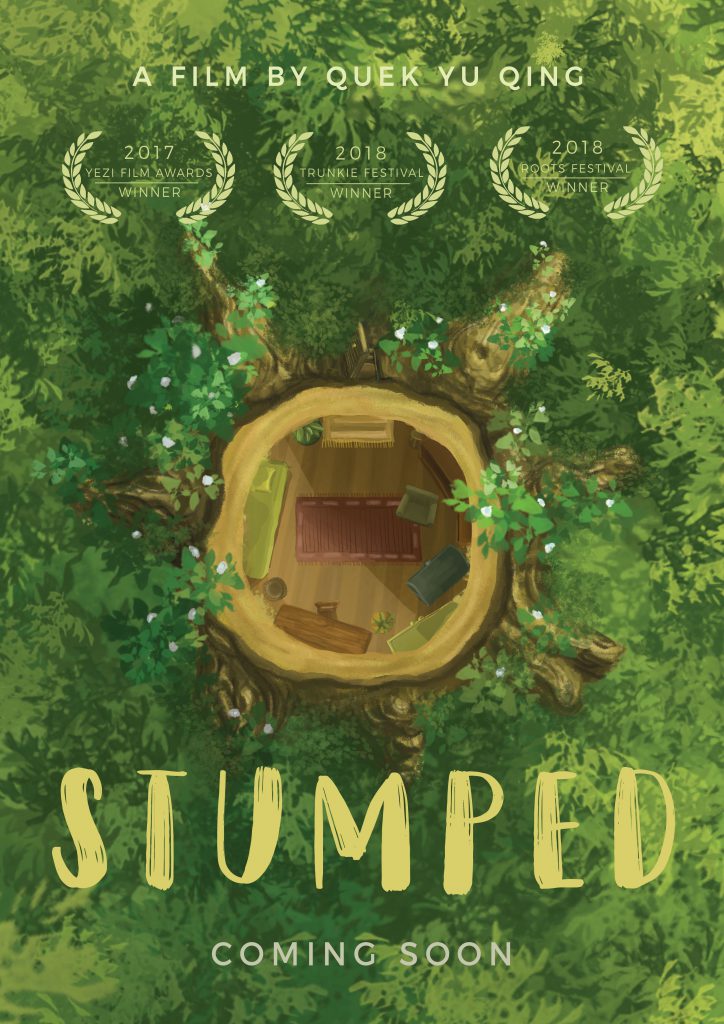 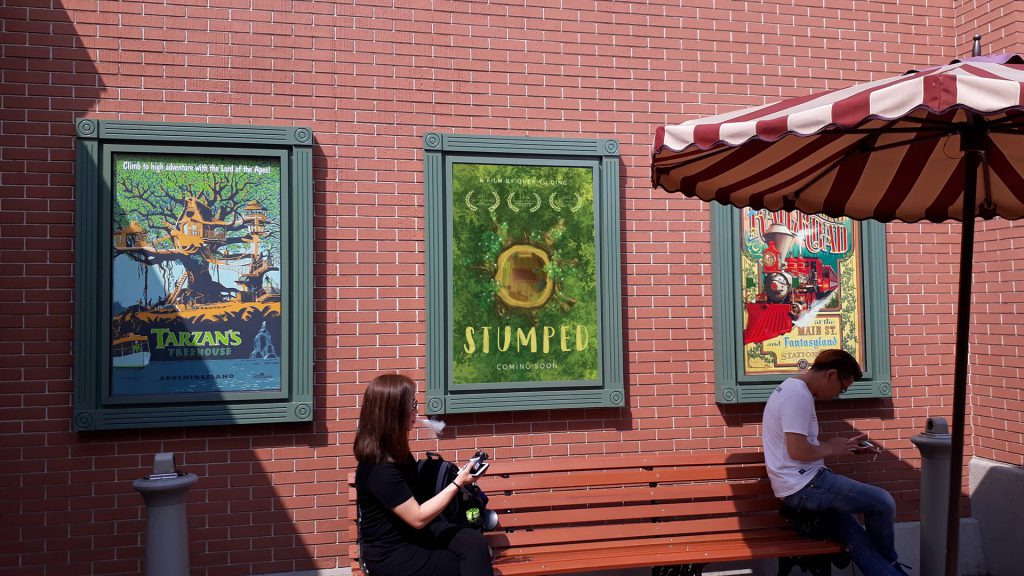 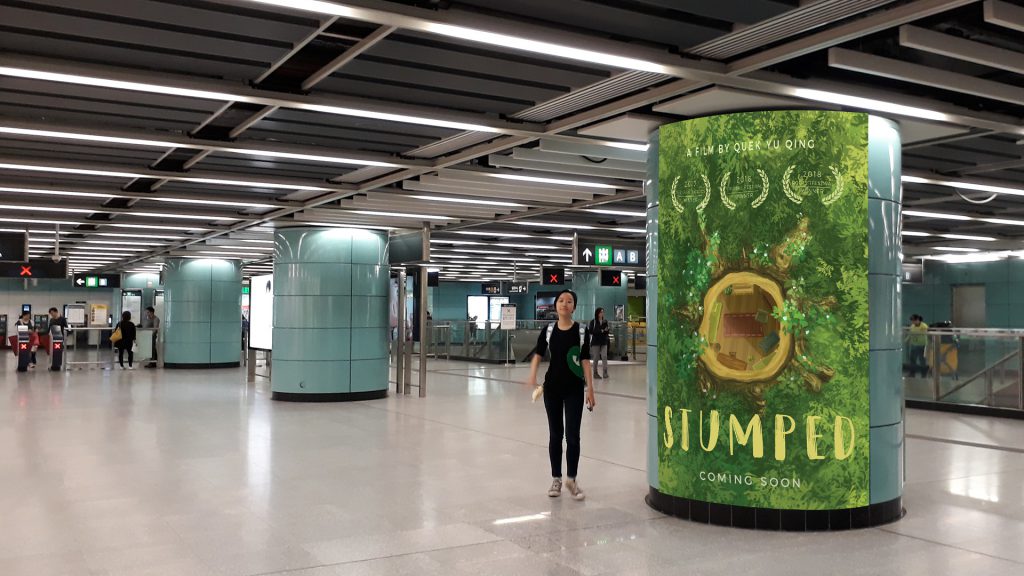 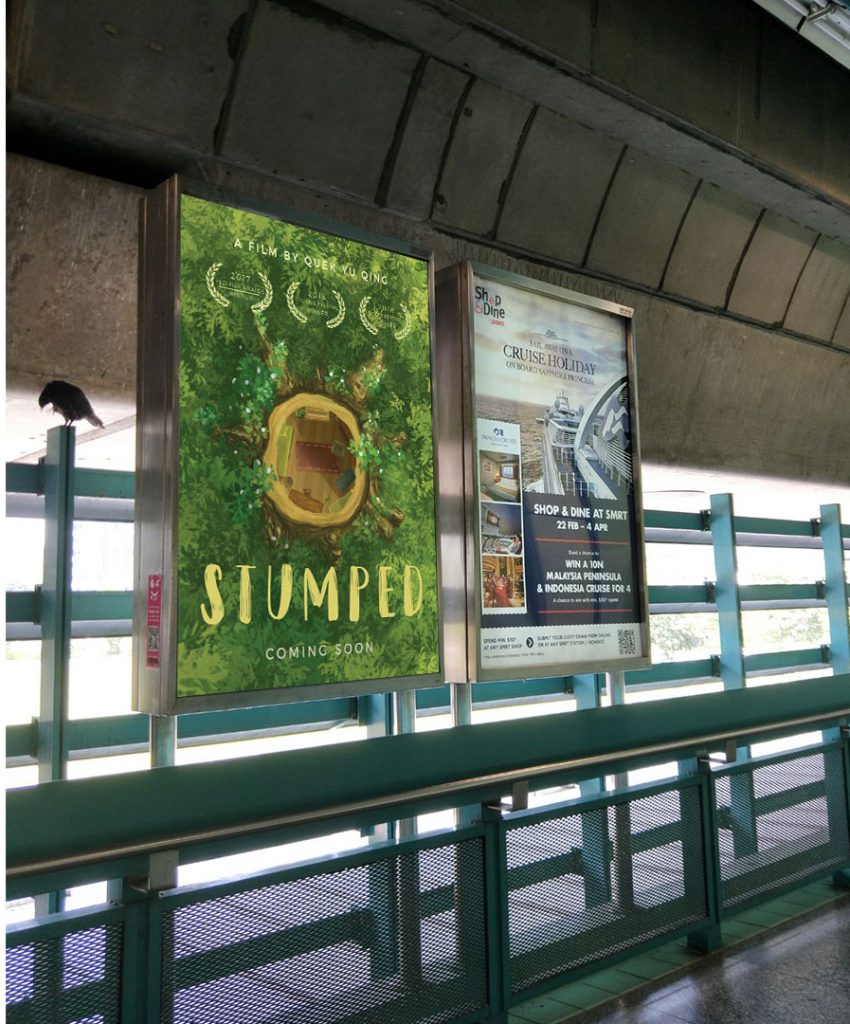 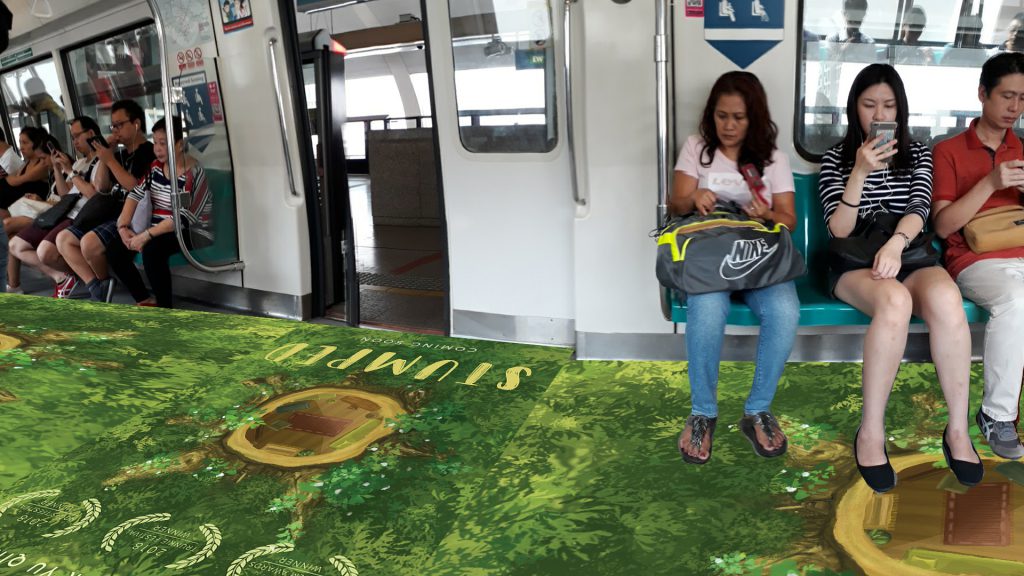 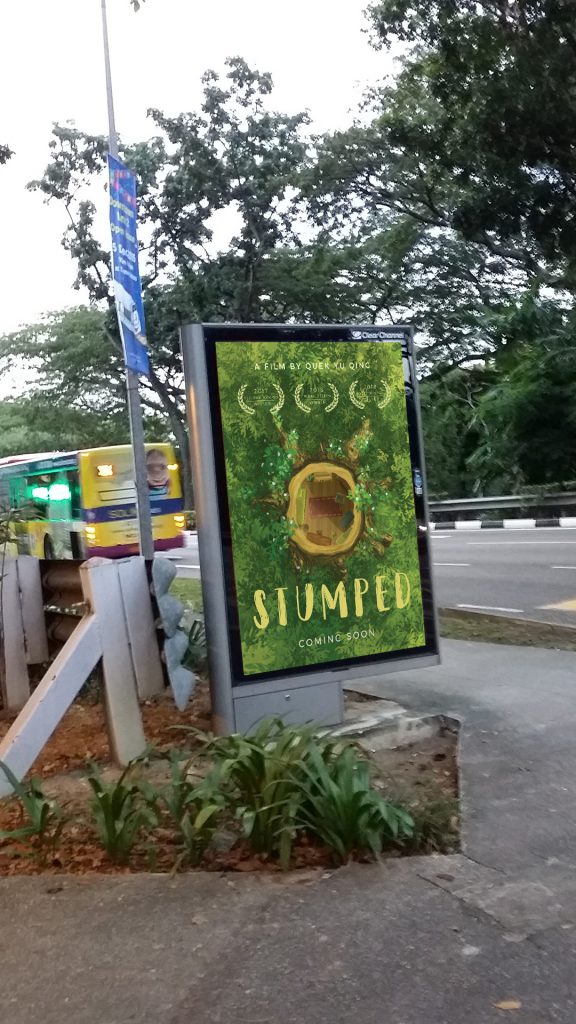