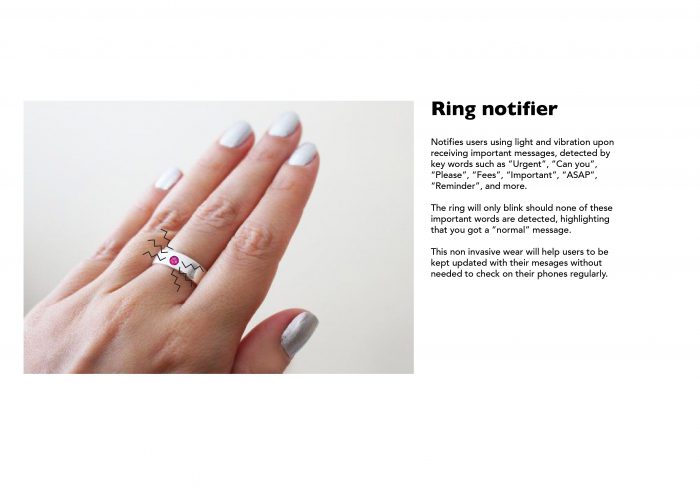 Together with Birdgel, our initial idea was to create a simple SMS notifier that vibrates and lights up according to the importance level of the message received. To integrate it fully into our everyday lives, we wanted to use a rhinestone gem that can be pasted onto your fingernail, most often utilised as a form of nail art. 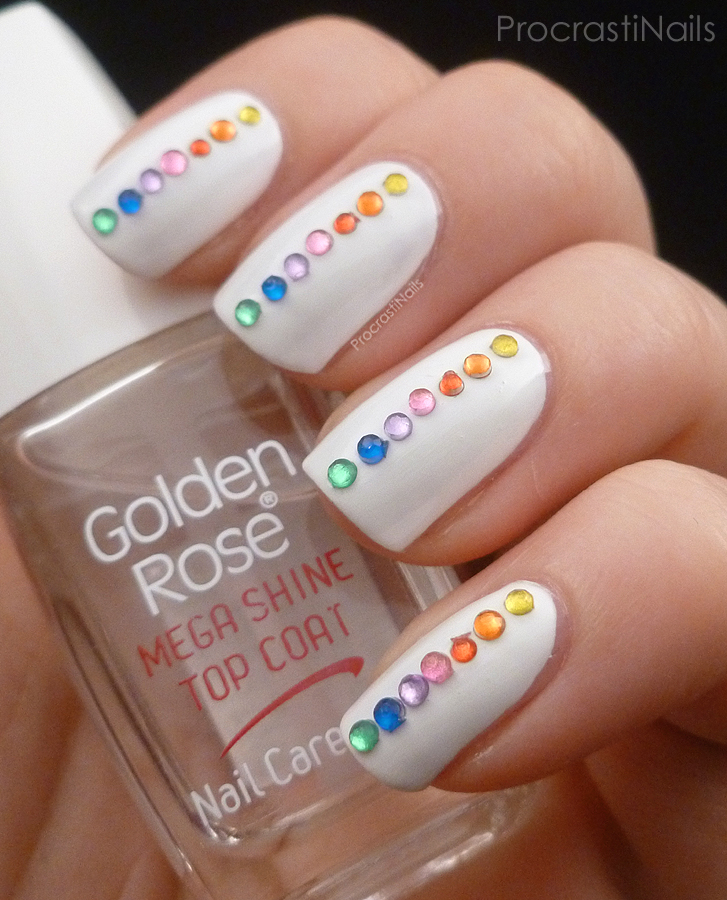 An example of the rhinestone gem that lights up and vibrates

However, we decided to change it to a ring instead! 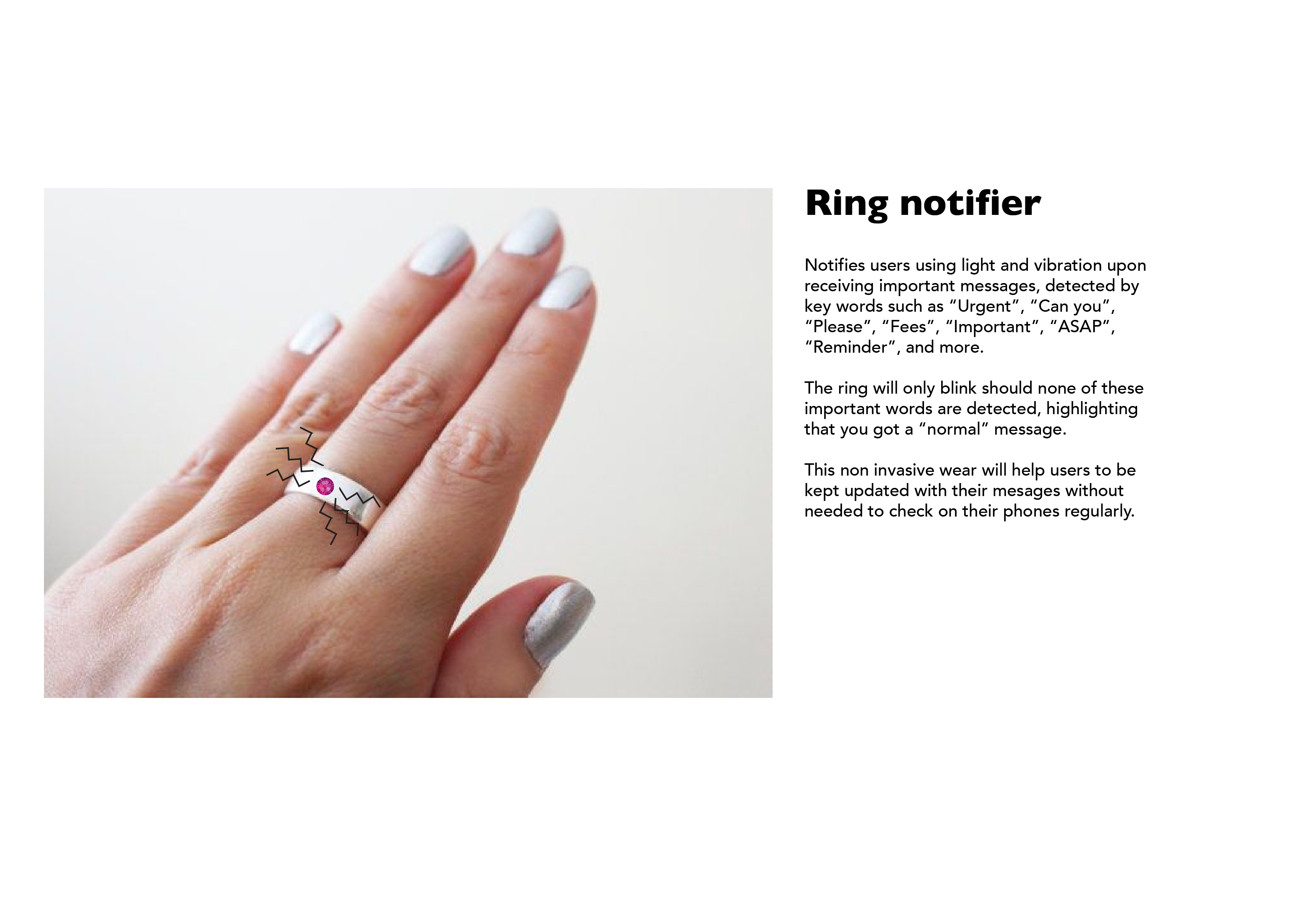 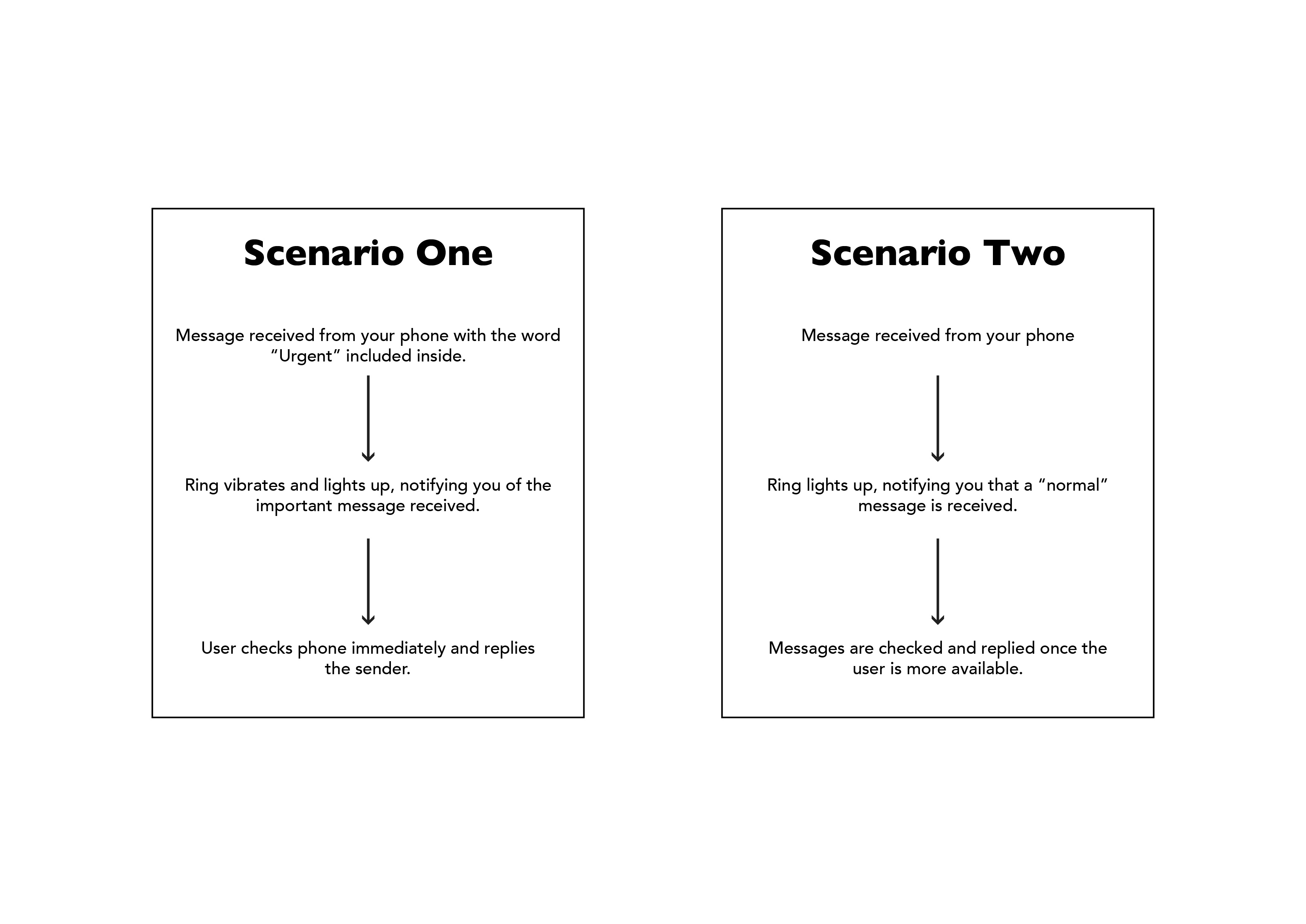 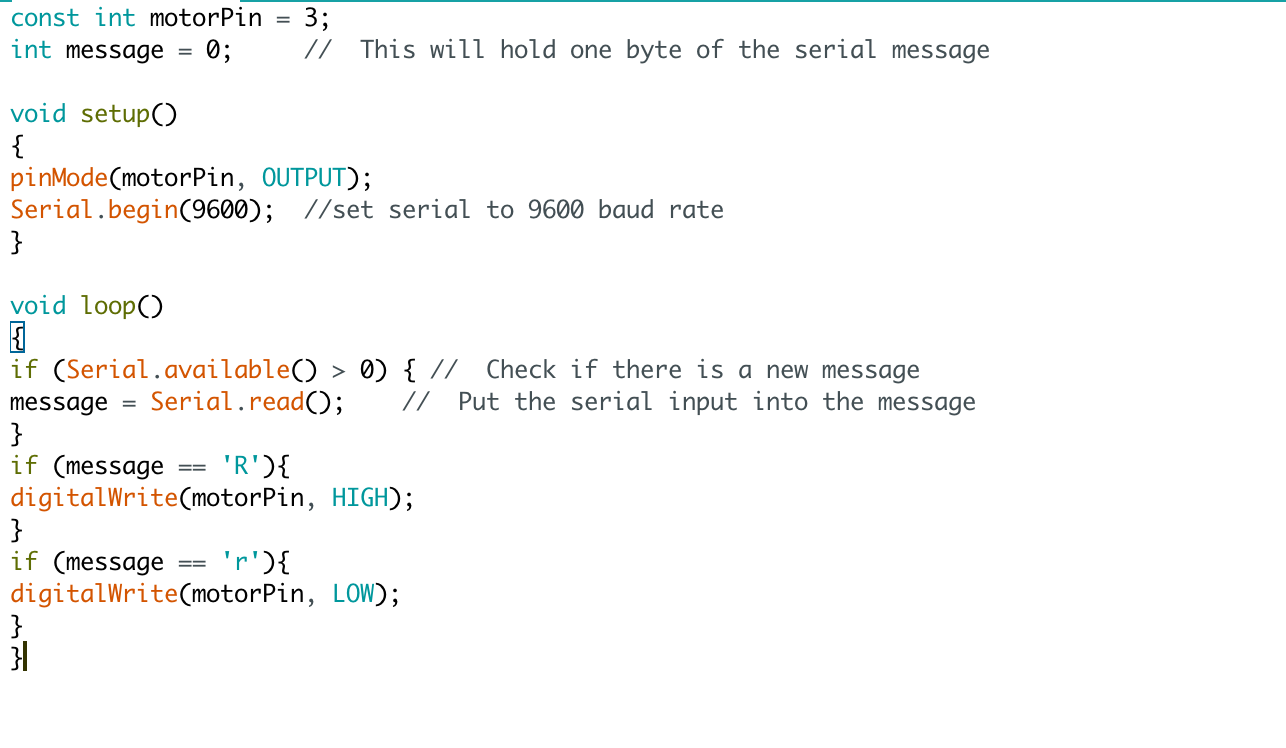 We then incoperated the LED light code into what we had. 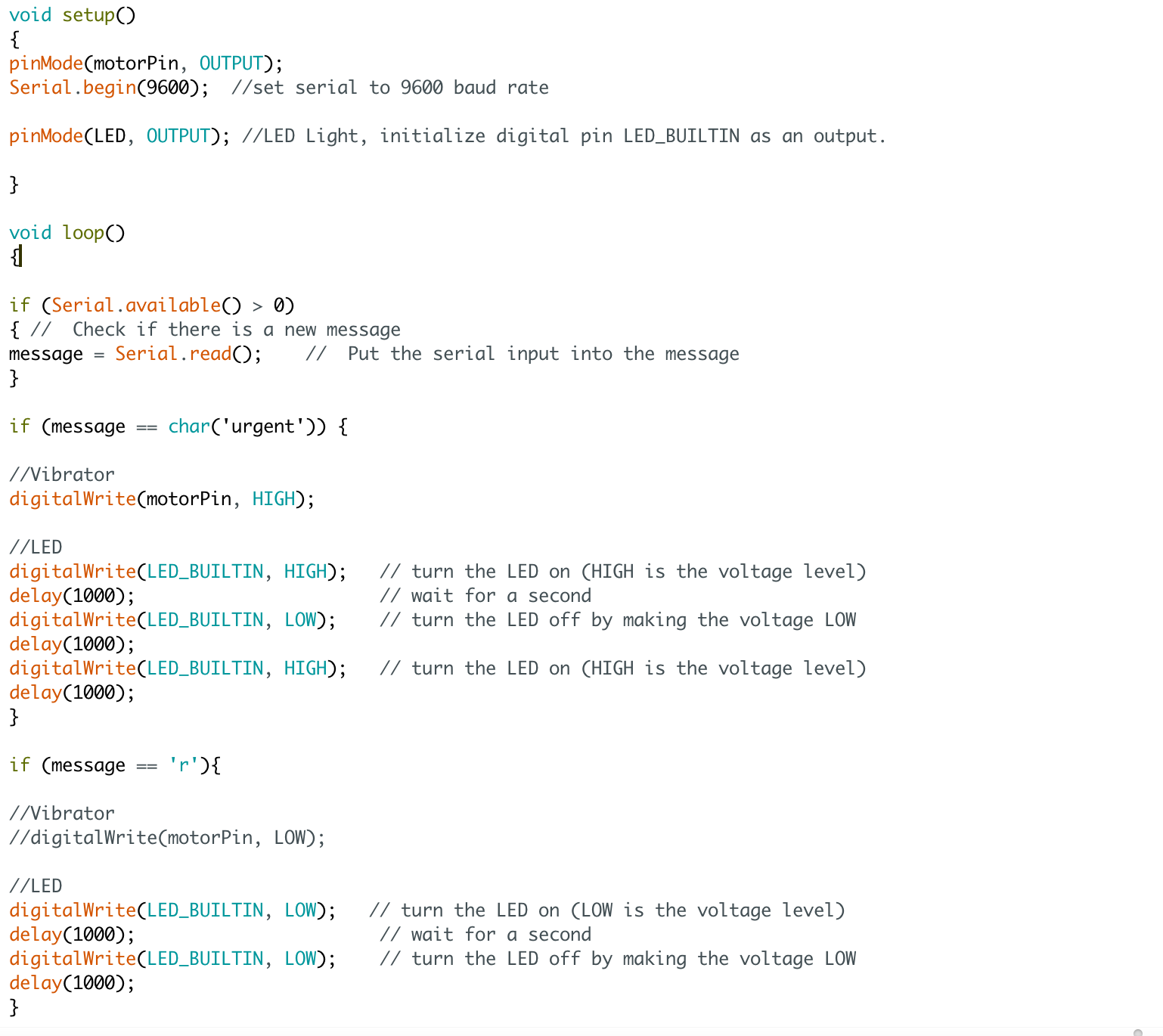 We changed “r” and “R” into actual words 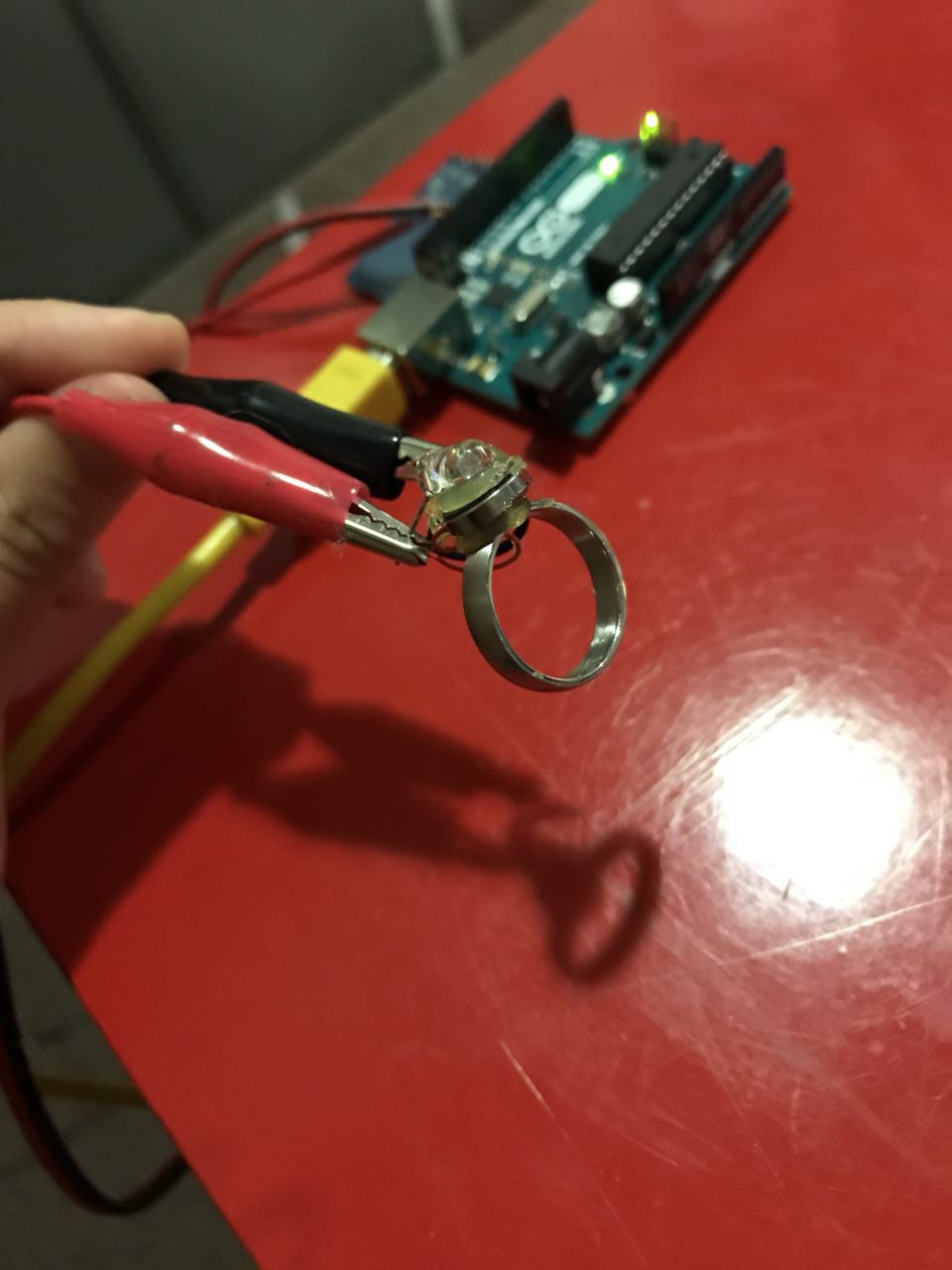 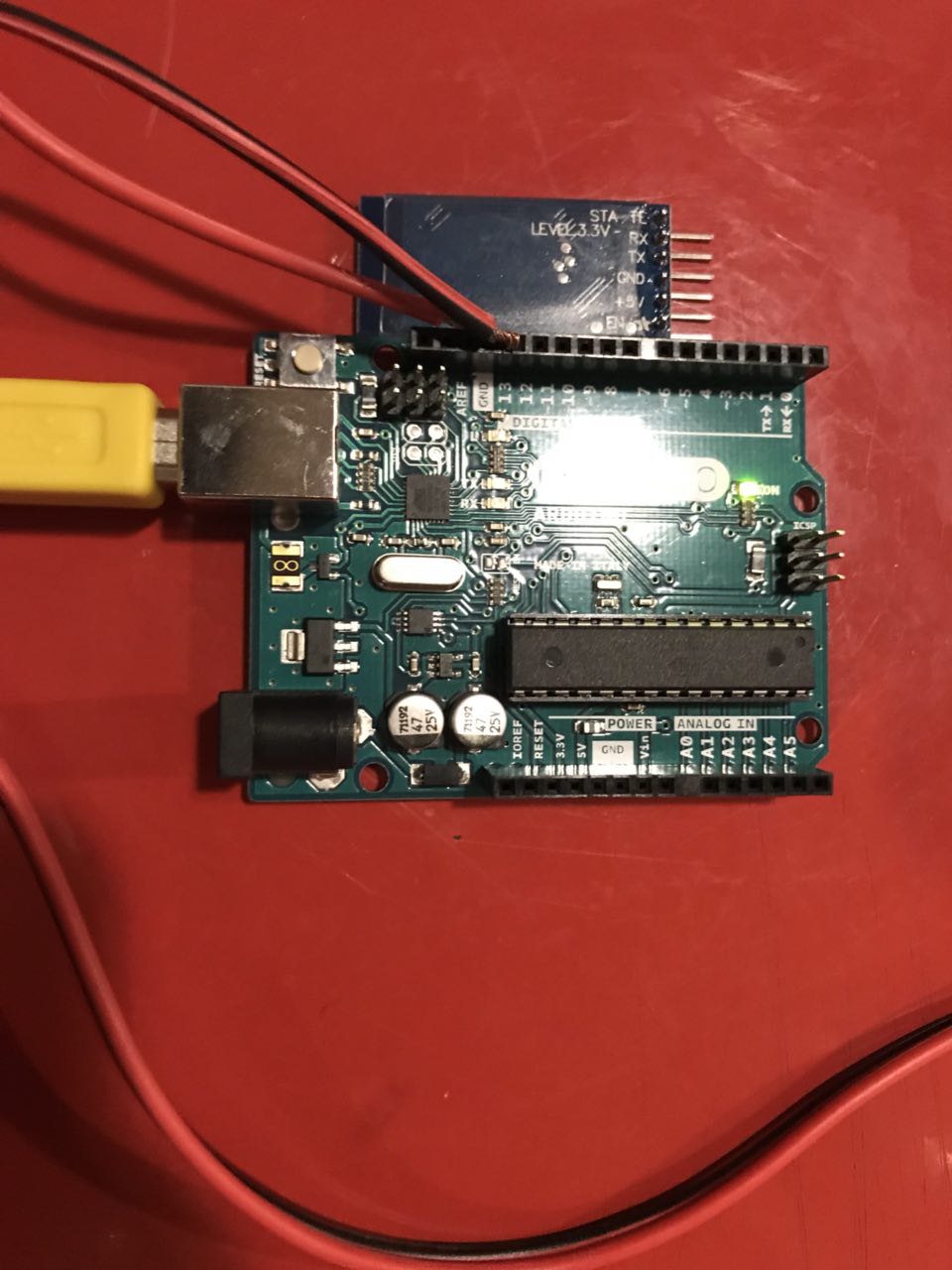 Bridgel simplified and neatened up the wiring of the ring

Initially, Bridgel and I tried to connect Arduino to our phones (hence SMS messages) through a Bluetooth module, HC-05. However, after trying out for a bit we realised that it is limited to only android users as only android has an app that connects both devices together. This is also due to the restriction IOS and iPhone phones have with the Bluetooth software. You can read more about this here. For iPhone and IOS users, there are other alternatives like using the HM-10 BLE Bluetooth module to connect to your Arduino!