To create an interactive performance that engages the public in site-specific locations.

Within the work, there should be a narrative that is partly scripted, and partly spontaneous, to allow the serendipity of surprises, accidents, glitches, errors, mistakes, encounters, laughter, conversation, and other elements that cannot be pre-determined to drive the performance.

The work should take place both in third space and real life, to blur the boundaries between art and life, between reality and fiction, between virtual and real, between artist and audience.

Our project is based on the feeling of

the realization that each random passerby is living a life as vivid and complex as your own—populated with their own ambitions, friends, routines, worries and inherited craziness—an epic story that continues invisibly around you like an anthill sprawling deep underground, with elaborate passageways to thousands of other lives that you’ll never know existed, in which you might appear only once, as an extra sipping coffee in the background, as a blur of traffic passing on the highway, as a lighted window at dusk. 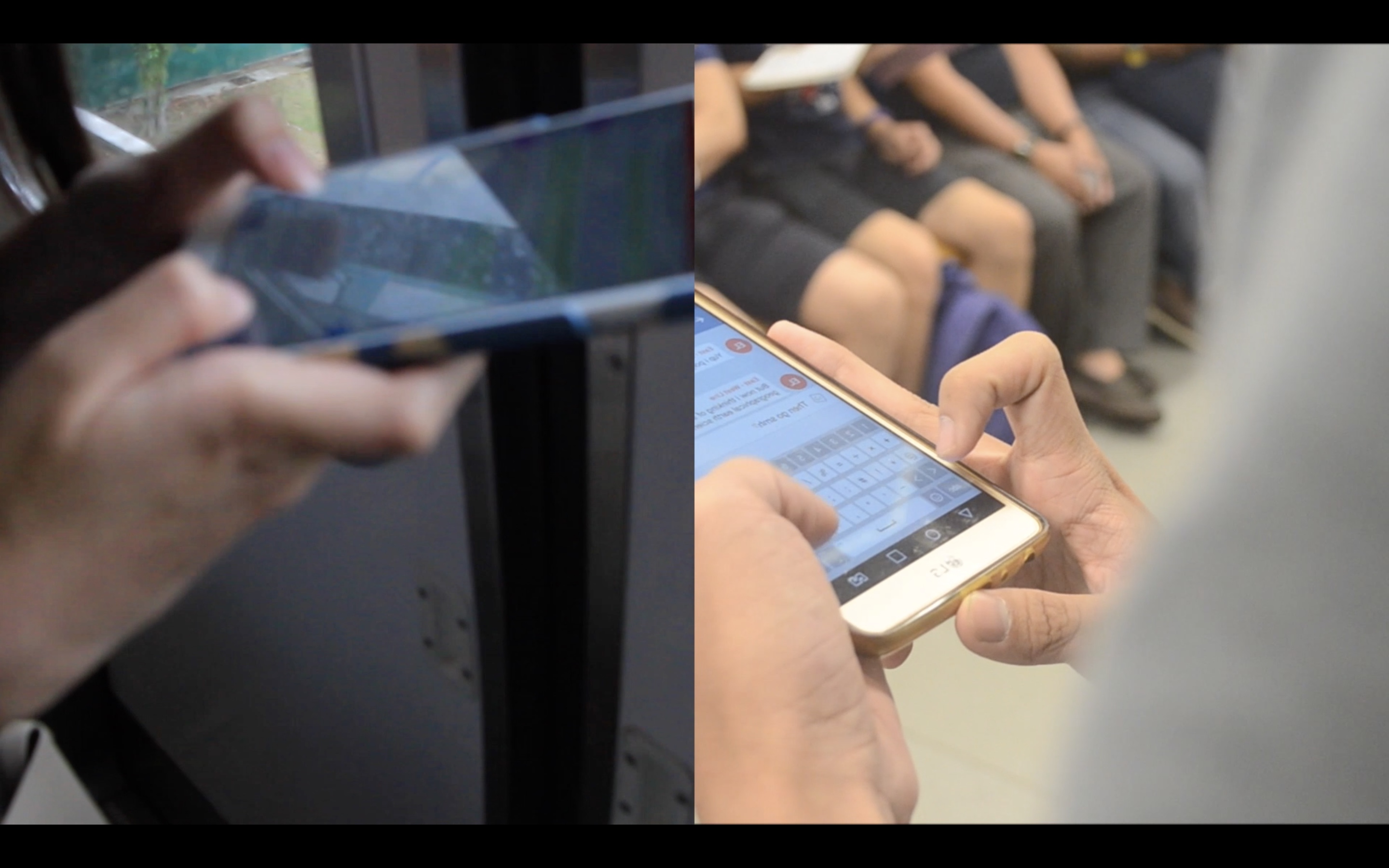 Two strangers, each taking the train on different MRT lines, are invited to text each other anonymously until they get off at the intersection, where they’ll decide whether to meet each other in person. By the end of their conversation, they are to draw a portrait of each other based on their impression of the other person.

The chat is facilitated by our BreadBot, who starts off the conversation with instructions for the participants and comes in with extra questions if things get awkward. 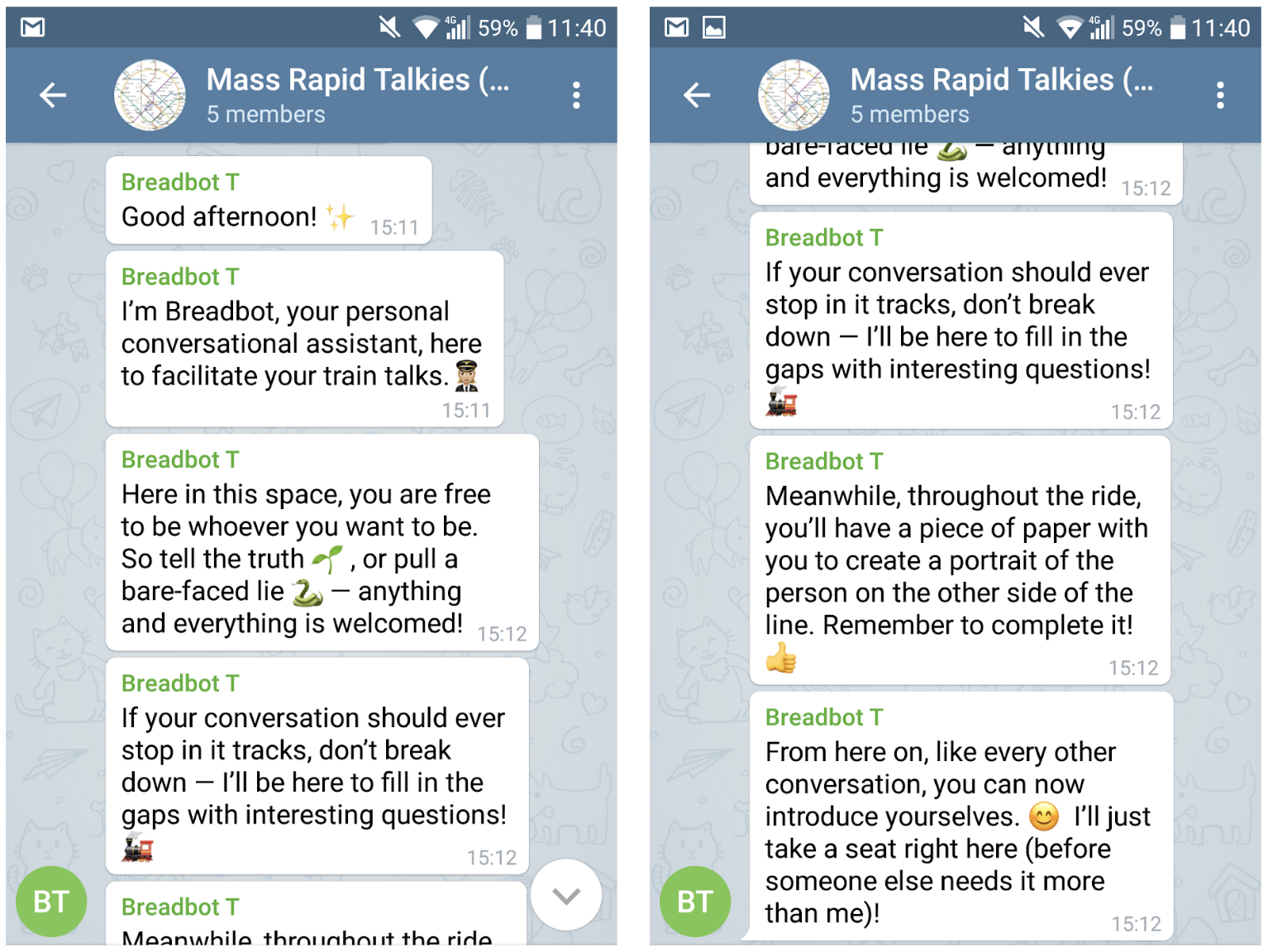 How DIWO, third space and glitch is applied to our performance:

In my texting conversation with Yilin, I found out that we had quite a few things in common, but what was most surprising would be that we went to the same polytechnic where our courses shared the same building, which meant that

we could have walked past each other many times throughout those three years in school, but we would have never recognised each other anyway.

much sonder much serendipity wow??

Meanwhile, meeting him in person was very different from talking to him on text. In real life, he was really cold and indifferent. The awkward vibes between us felt like a huge fart that I wanna run away from halpppp :O

We changed our project idea last minute so there was a lot of work to catch up on. Our original idea was a 3 vs 3 catching game at Bugis Street but our test run failed badly and we realised we actually lacked a lot of manpower to execute our game. So we held an emergency meeting and decided to look through our initial ideas before we came up with catching at Bugis.

It brought us back to this idea of making two strangers have a pillow talk with each other while being in separate locations.

And then it hit us: the MRT is quite aesthetic ya? And what an interesting location, where it is site-specific yet always geographically changing with each stop. And if we alight at Bugis, does this mean we can also print our zine?

RIP 2 birds that we killed with 1 stone. But that’s not the end. 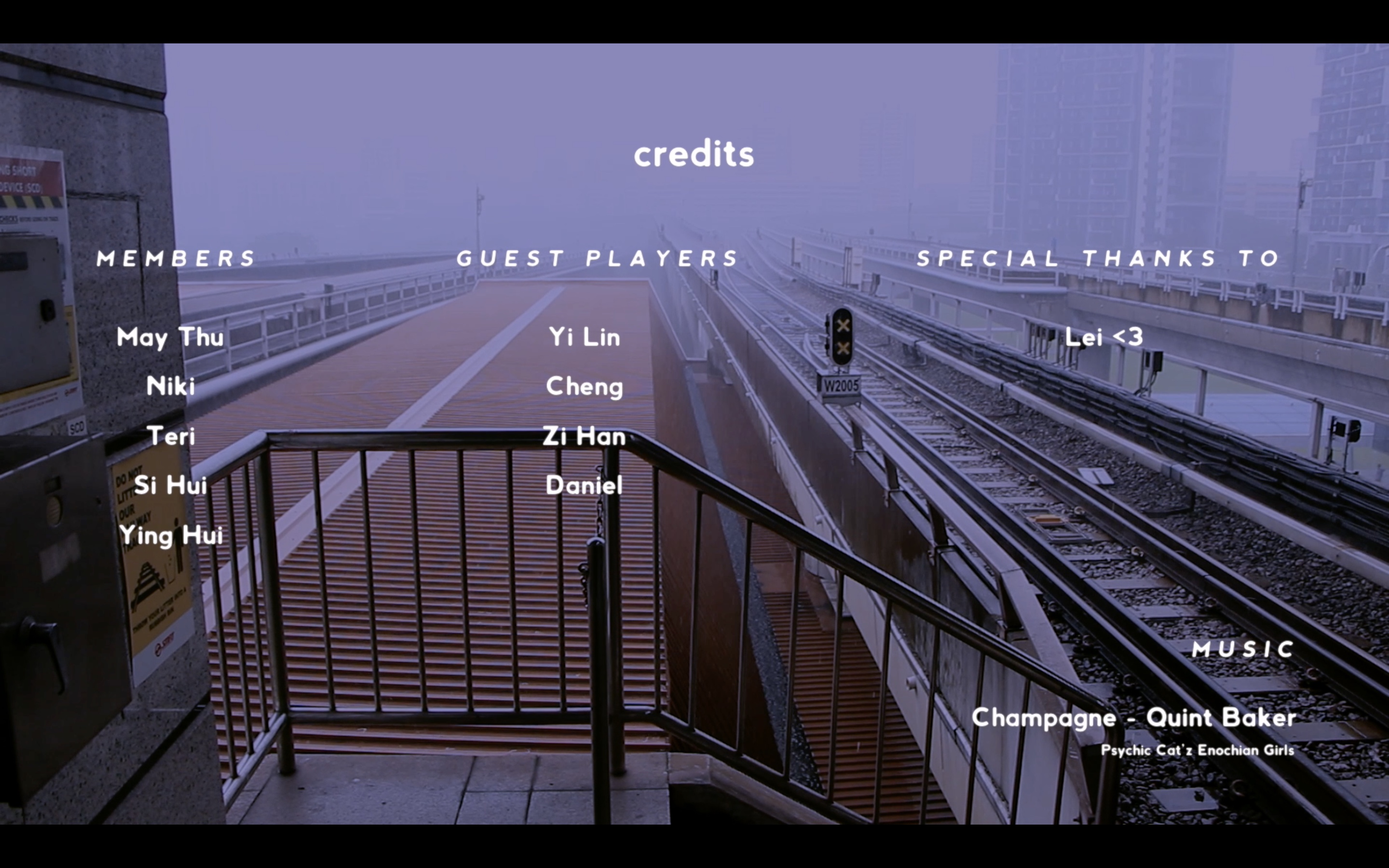 Because we changed our idea late, we filmed late, so this means we also edit late. I was panicking while editing the video, but my group mates were very helpful in trimming most of the sound recordings and video clips so that I can focus on storyboarding and syncing them up with the audio.

Shoutout to my MVP Niki who wrote the text for the whole sequence and even export for me as jpeg :’) 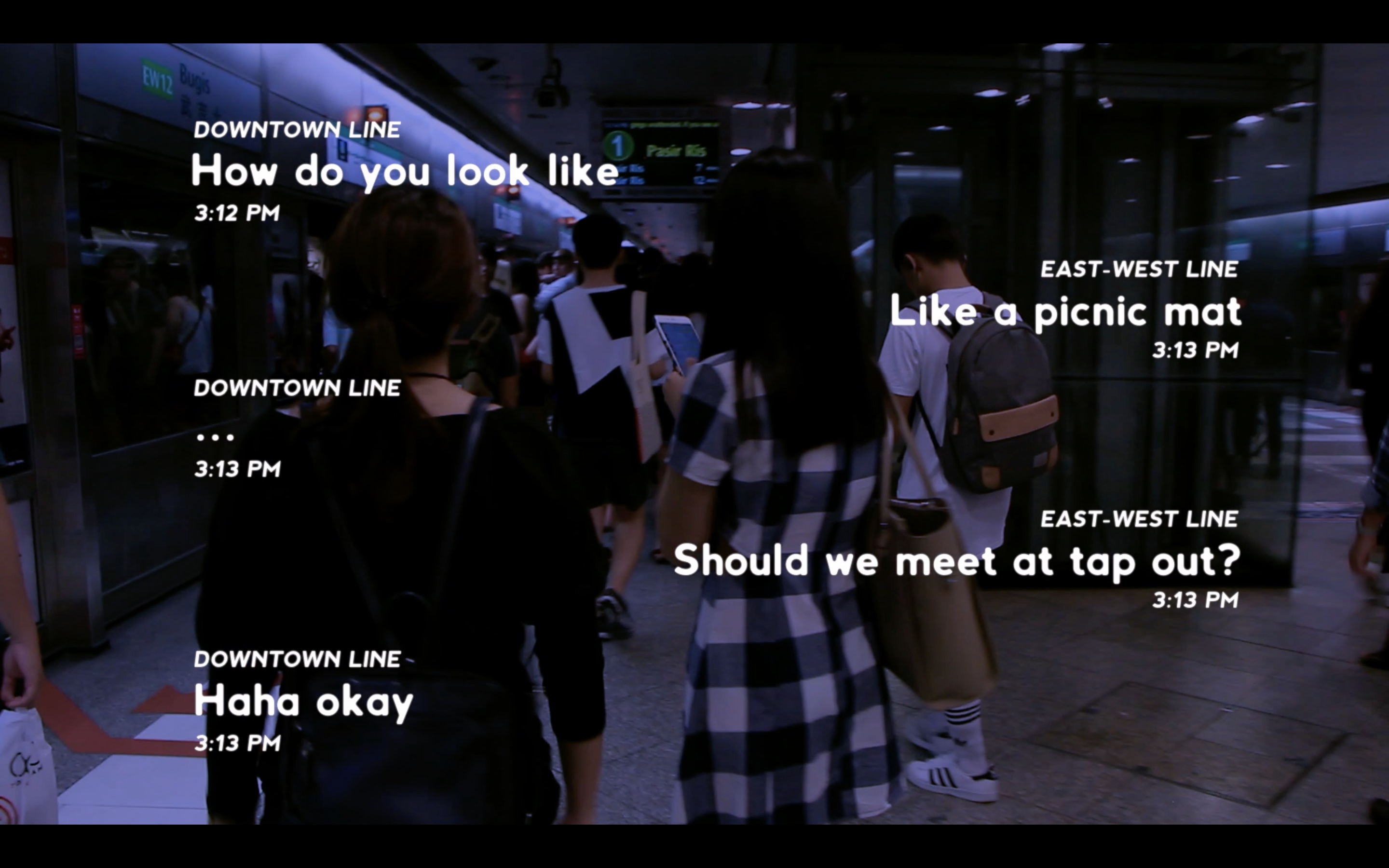 For me, what hit home the most would be the serendipity of human dynamics that arose from texting anonymously.

As much as you can create a fake persona, your true personality is never fully removed from the way you type. The choice of emojis, telegram stickers, and texting vocabulary can also give away your age and personality. The speed of your typing and what you backspaced reveals a lot about your unfiltered thoughts. And then, in the chat, we see your curated self, how you chose to present yourself to the other stranger.