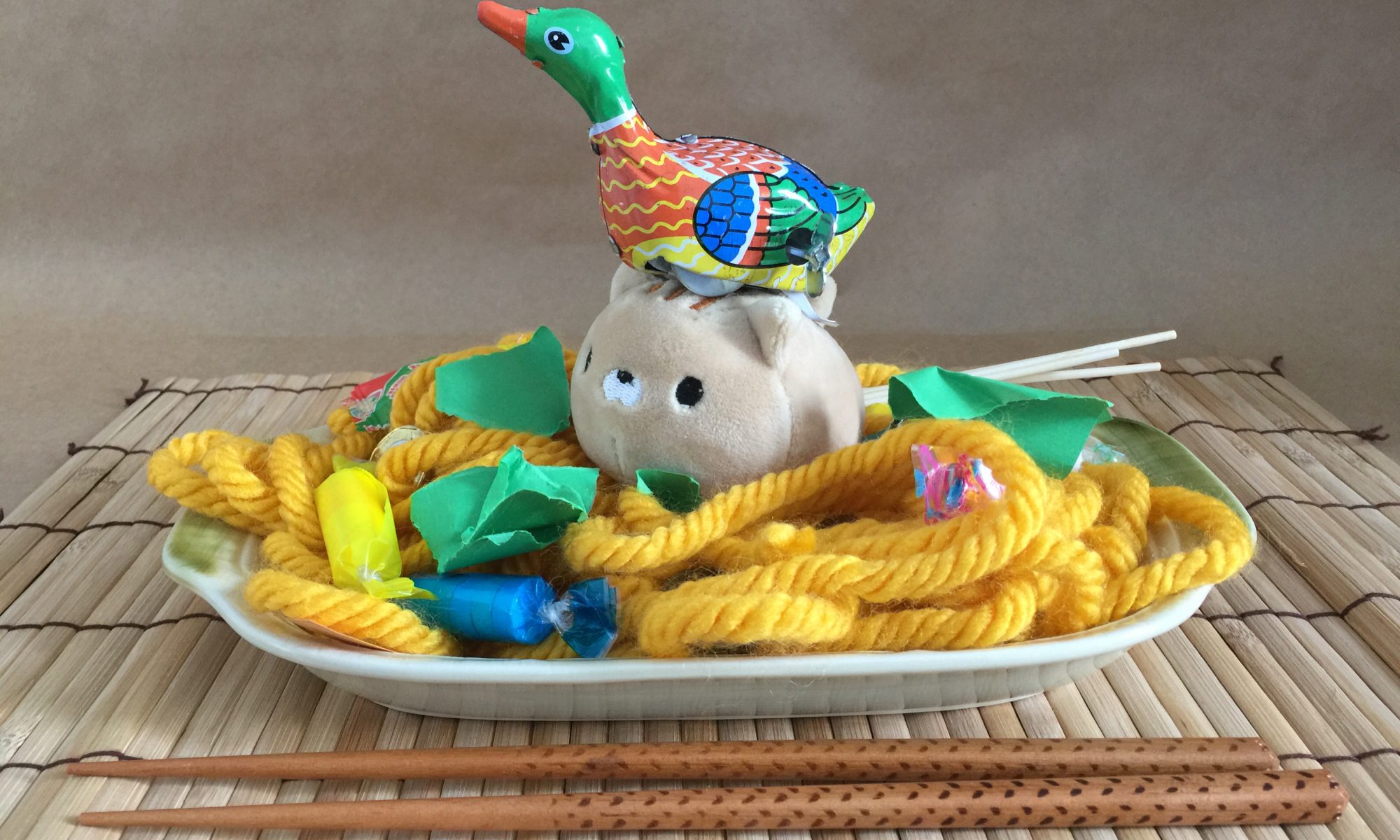 Internet Breakfast is a cooking show scam broadcasted on a series of Instagram stories where viewers help me cook up the ultimate breakfast with me by voting for what ingredients I should add.

The crowd sourced community are the viewers on Instagram stories. The time-based aspect comes in when each poll is left for a specified window of time, before revealing the outcome in the next story.

I’ve always wanted to cook an actual meal but I can only be a chef in third space.

There are already so many salivating how-to-cook-this videos that people circulate on Facebook. Using real ingredients could be predictable and may not match up to these existing cooking shows.

But using found objects to subvert reality could add an element of surprise and suspense. And at the same time, stretch the creative limits of the third space.

The use of found objects is inspired by “Western Spaghetti” by PES, a stop-motion animation that uses familiar household items, typical of an American home, to prepare a plate of spaghetti.

A voting poll is open for 15 – 30 mins. The props are then crafted spontaneously using objects I scavenge from my bedroom and then filmed within 1 – 2 takes. The cooking outcome is posted on Instagram story and the next voting poll is open. 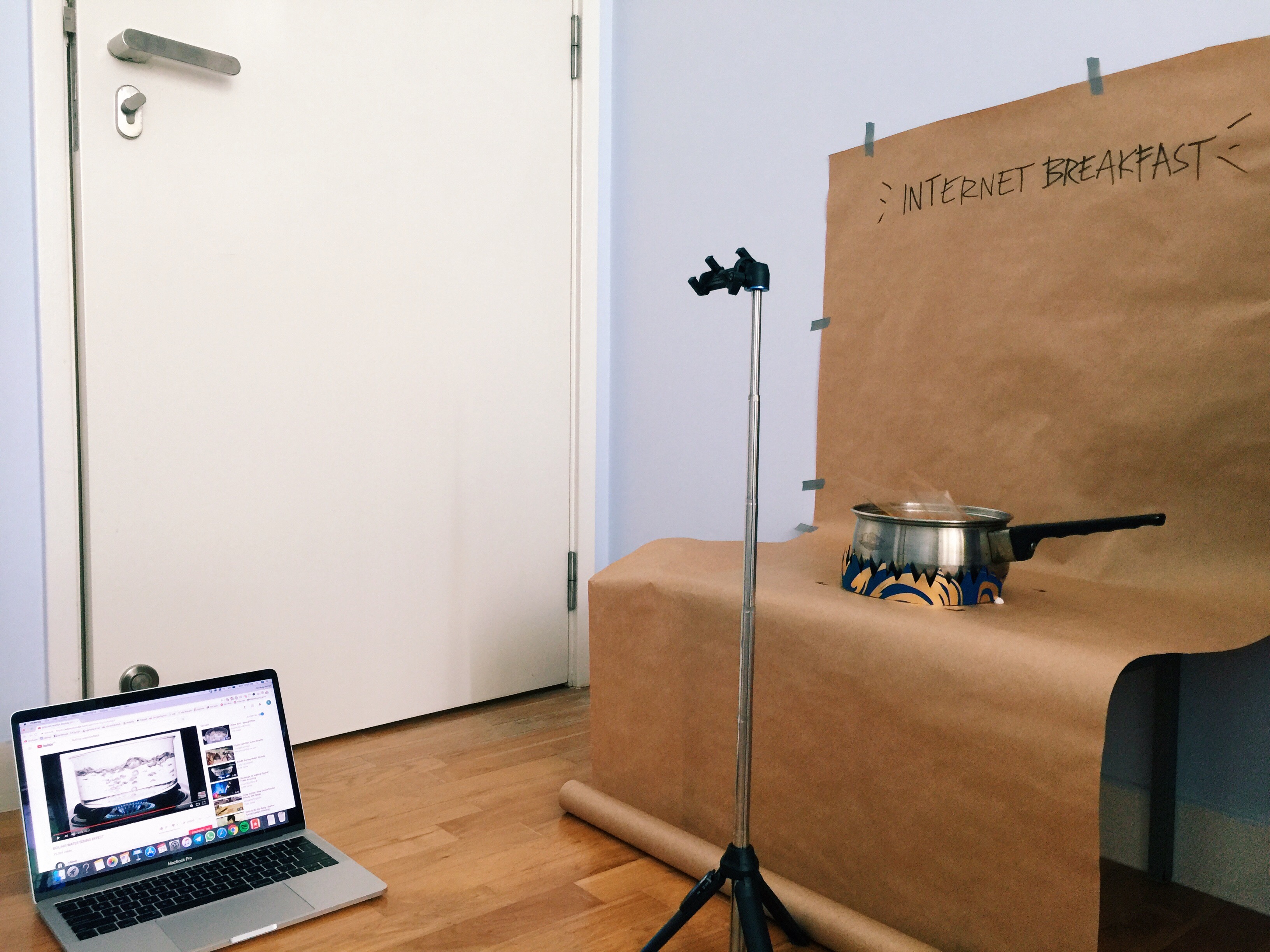 The set-up consists of a table leaning against the wall, a simple back drop using brown paper, a tripod for my phone camera, and a laptop to play my sound effects. 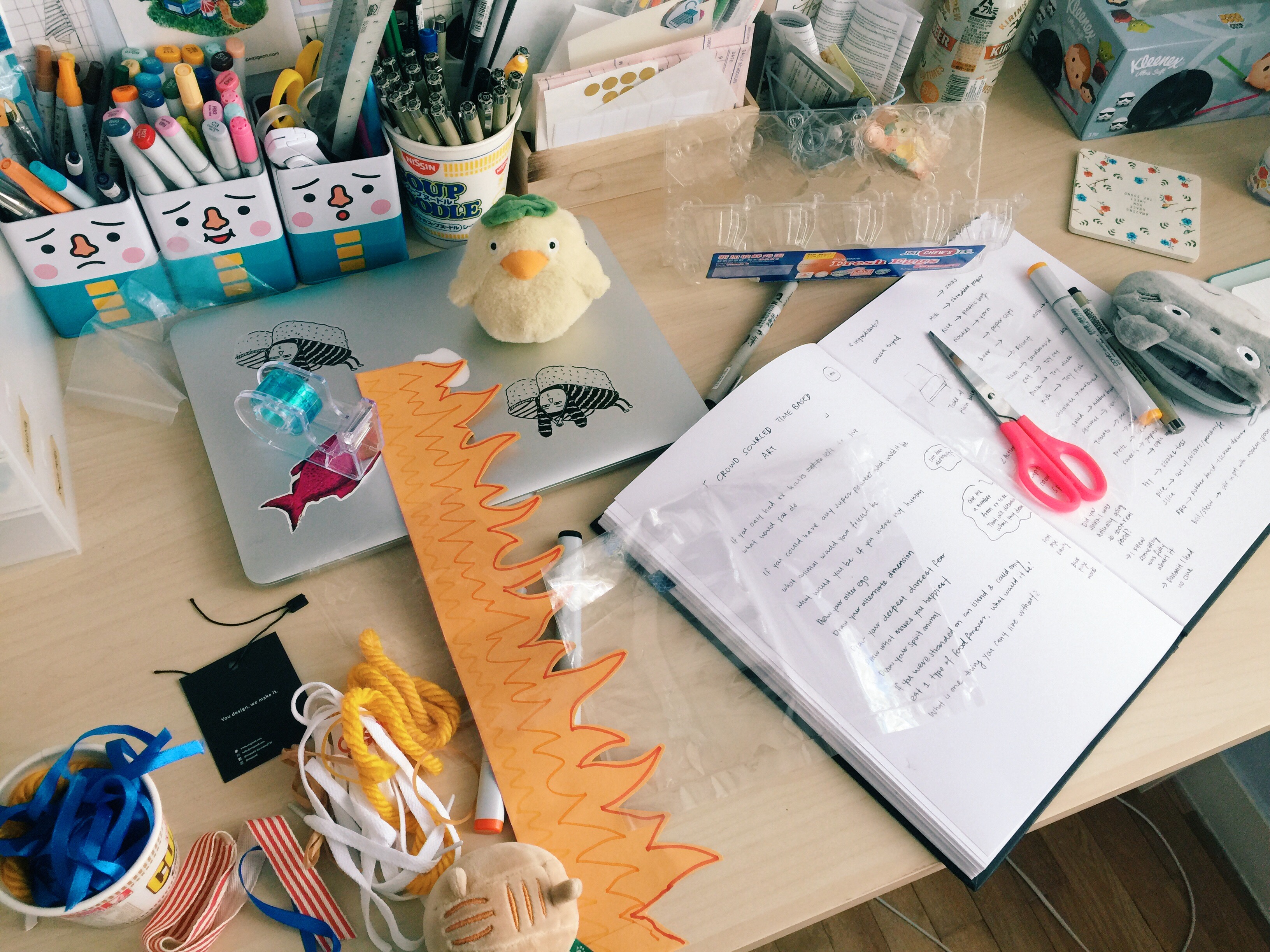 This is my kitchen.

How could the crowd alter and change your intentions? Close to the deadline of each poll, sometimes the options are head to head, which makes it hard to prepare for the outcome as every step is “cooked” spontaneously. Sometimes one ingredient appears to be leading in the beginning but is eventually outrun by the other.

How much freedom will you give participants? / What constraints will you implement? The social media platform itself already limits the  participants to two voting options, which limits the outcome and makes life easier for me yay.

Did the project meet your intentions? Yes, I wanted to have creative freedom in the outcome. And being able to set the voting options and interpret the outcome helps me meet my intentions.

If you had limited the interaction of the audience, would that have made the work stronger or weaker? Weaker. Rather than limiting the interaction further, I think opening up more options to vote will make the work more exciting. Or maybe if it took place on Instagram Live instead, viewers can watch the cooking show seamlessly and a wider variety of suggestions could be brought up. Then the outcome can be more unpredictable and engaging for the viewers.