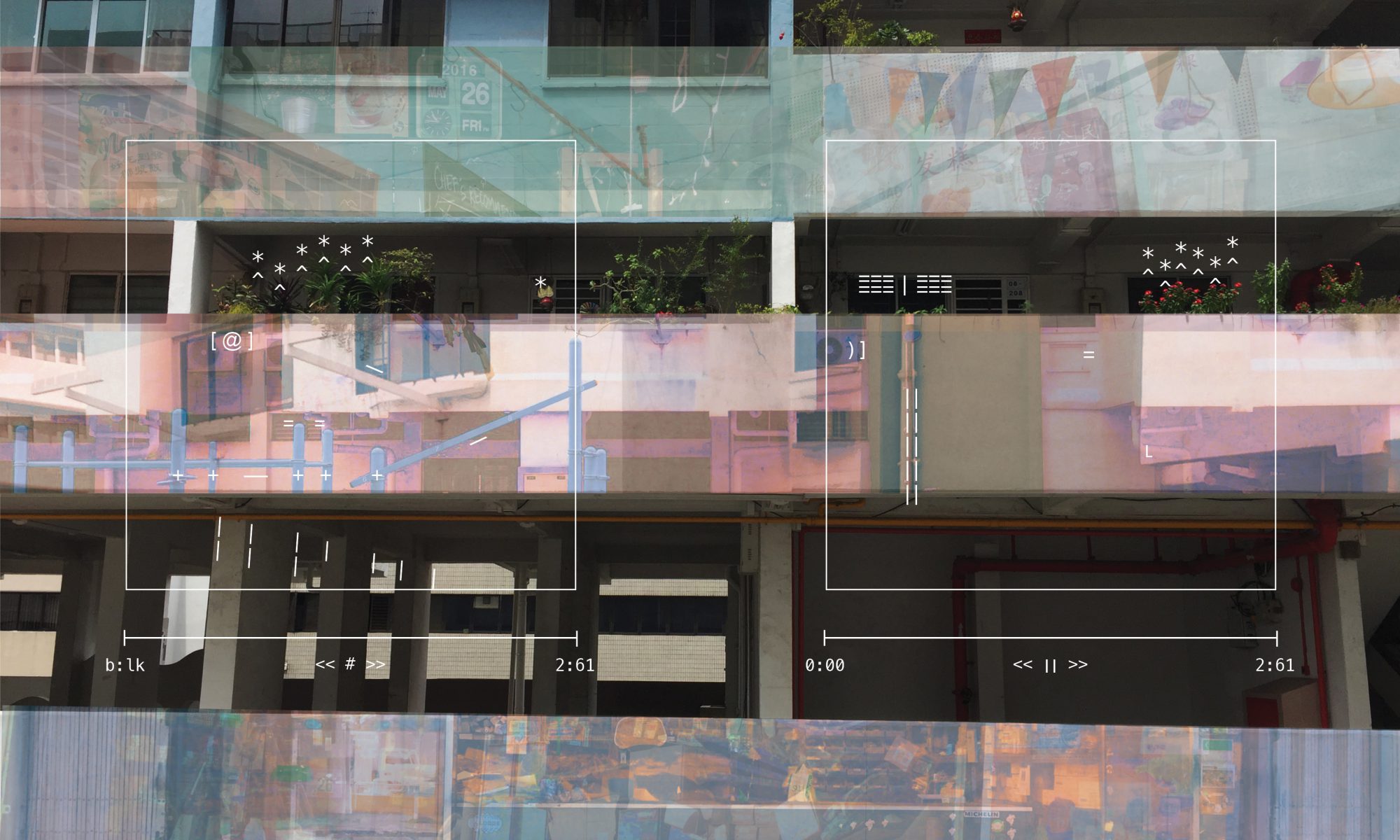 To make a saddle-stitched zine about a local neighbourhood, expressing its unique qualities in an abstract manner.

You are reading: a visual mixtape of Waterloo Centre. 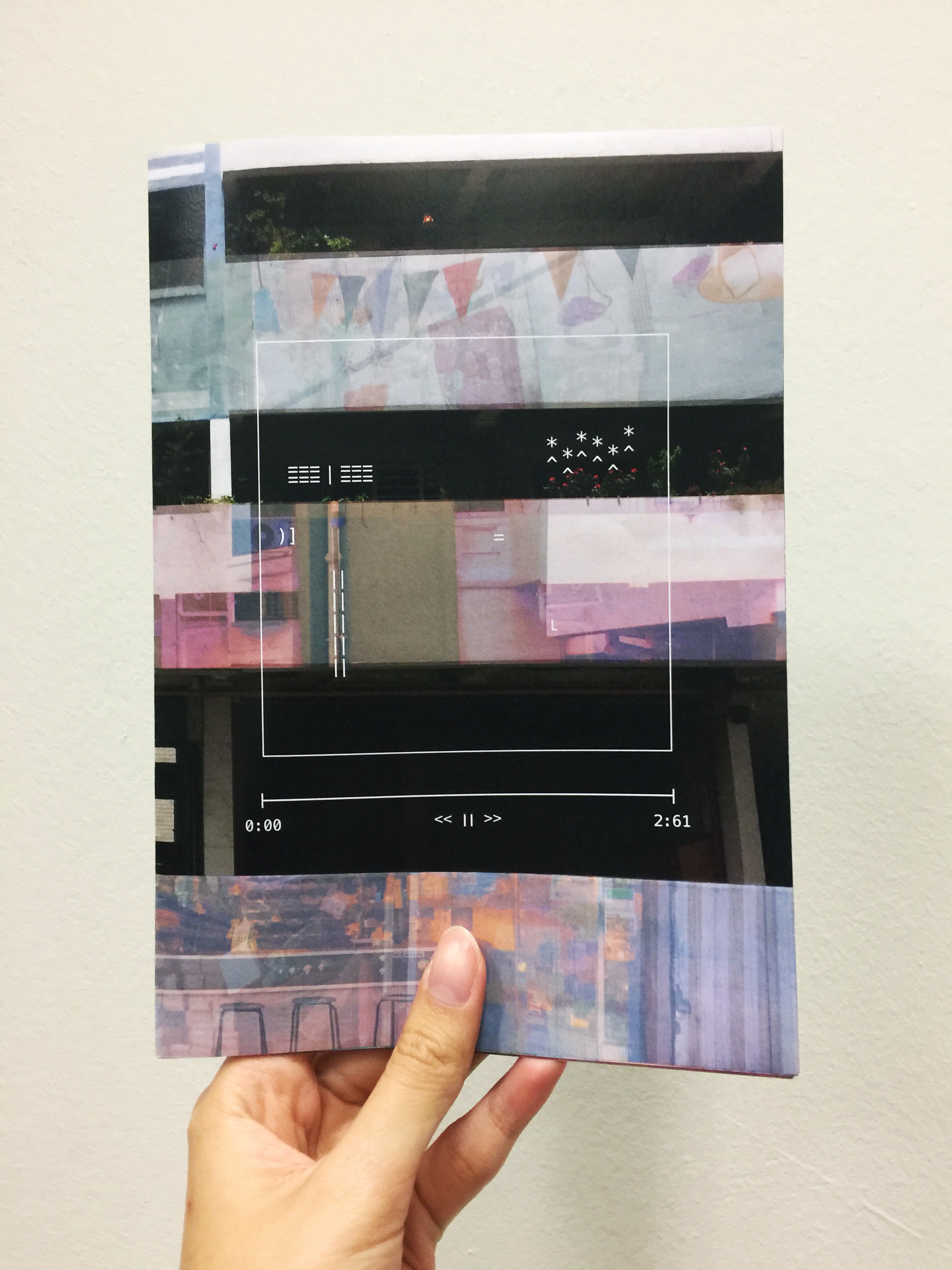 Working here for 2 months, Waterloo Centre seems to me an odd creature of sorts. It is conveniently located in town + in the middle of the art district + a short walk from the MRT, yet people hardly ever go there. The types of shops on the same floor are very random and unrelated to each other. The rooftop is so quiet that there are more pigeons than people there.

So I thought of personifying this place as an underground artiste, who has so much to show the world, but is overlooked, forgotten or even unknown to most people. 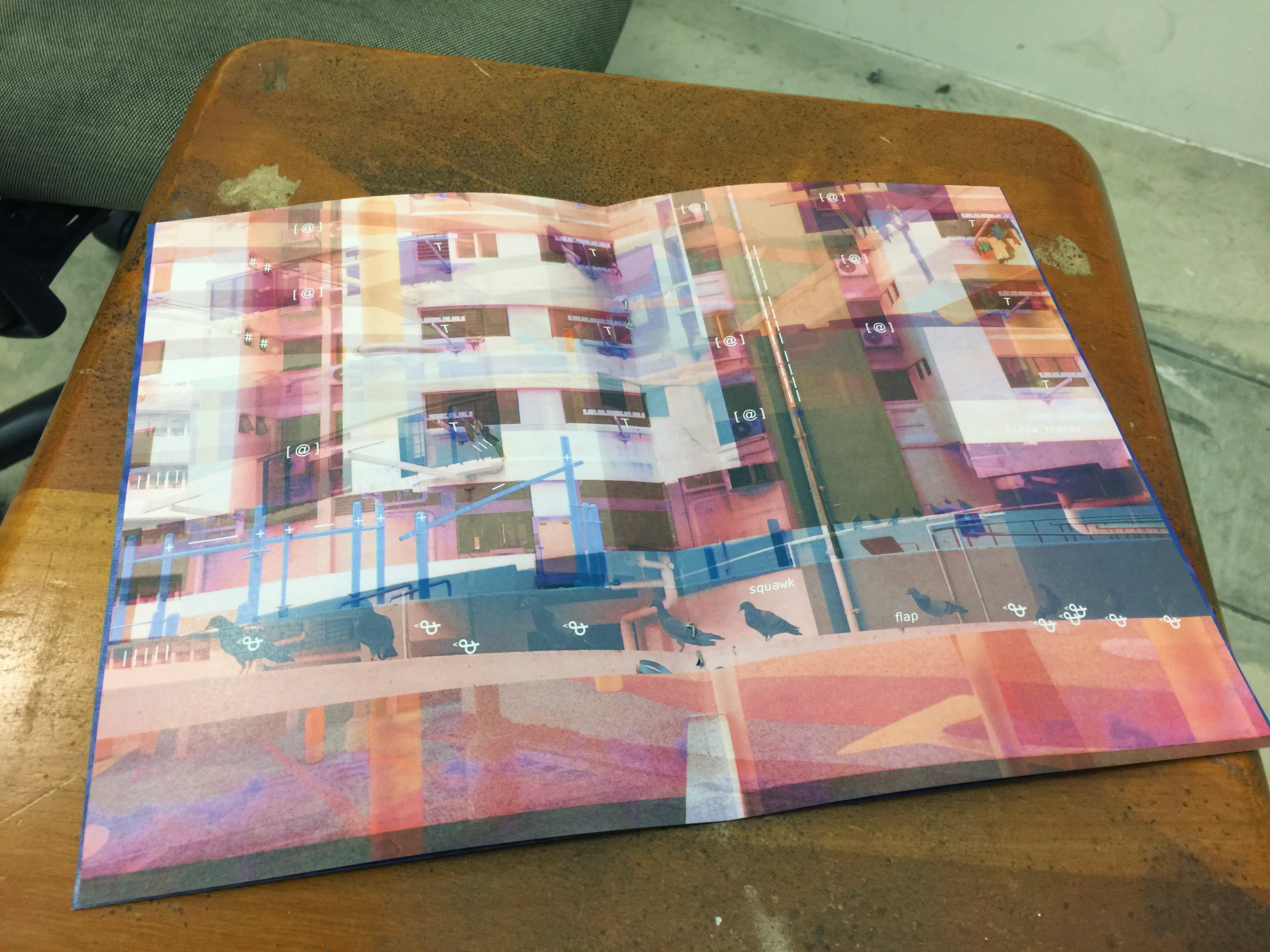 To form the anatomy of the mixtape, photographs are used to make up the flesh while text is used for the skeleton.

I thought about slicing the spreads into horizontal sections to represent the static that runs across inside the mixtape as the music is being read. Saturated photos are overlayed on top of one another to create multiple stabilities, representing the sound tracks that continuously play one after the other. Computer symbols and minimal text function as codes embedded in the mixtape, mimicking the visual elements of the photograph. 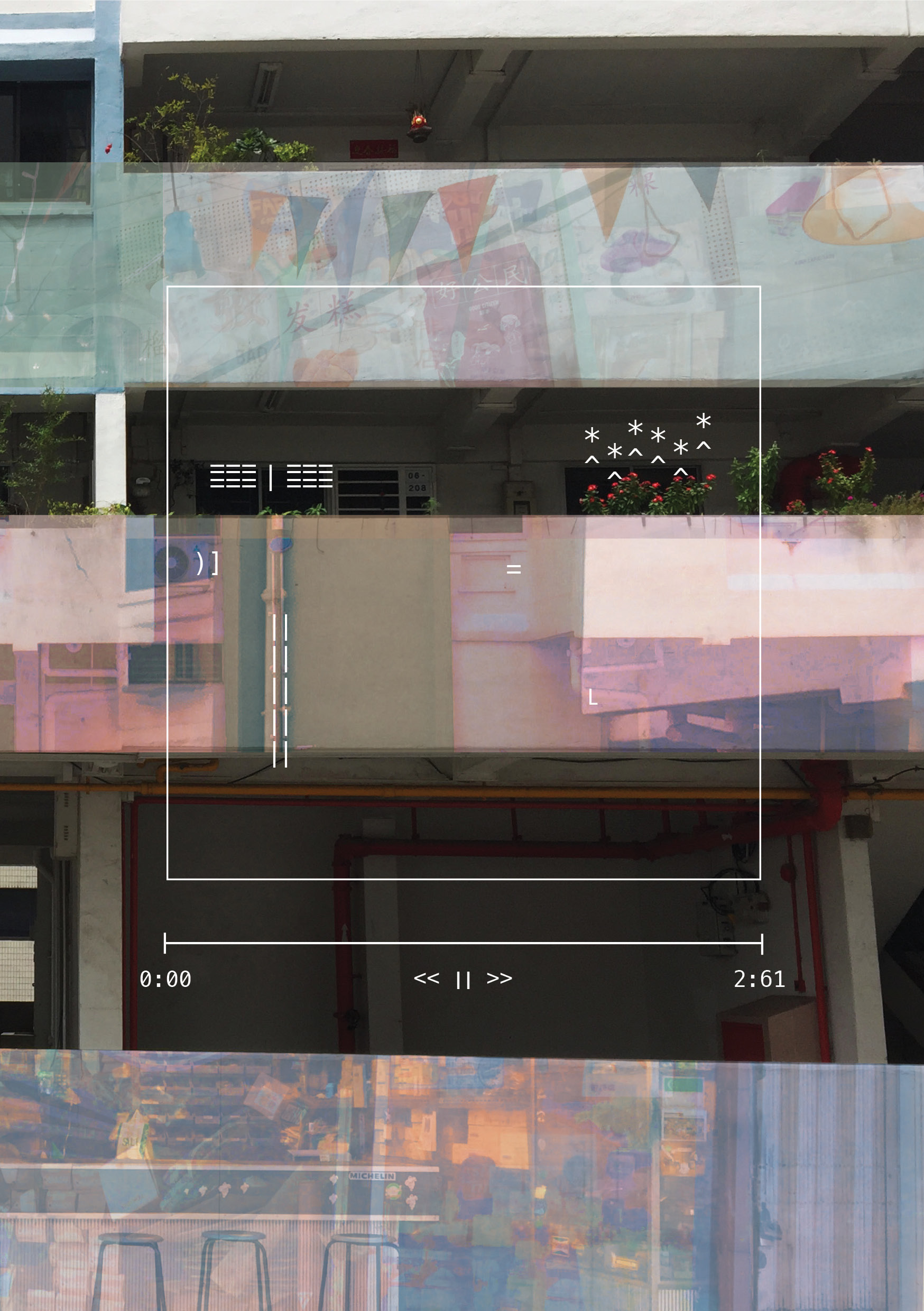 The cover page is a photo of the HDB flats there that continue to unfold into the back page.

The different storeys naturally form horizontal bars where I can fit cut-ups of photos that can be found inside the zine. Each row alternates between distortion and reality, foreshadowing a further transformation in the pages inside.

The title track ends at 2:61, which is the block number of Waterloo Centre, and also a non-existent timecode intended to shift the reader away from reality. 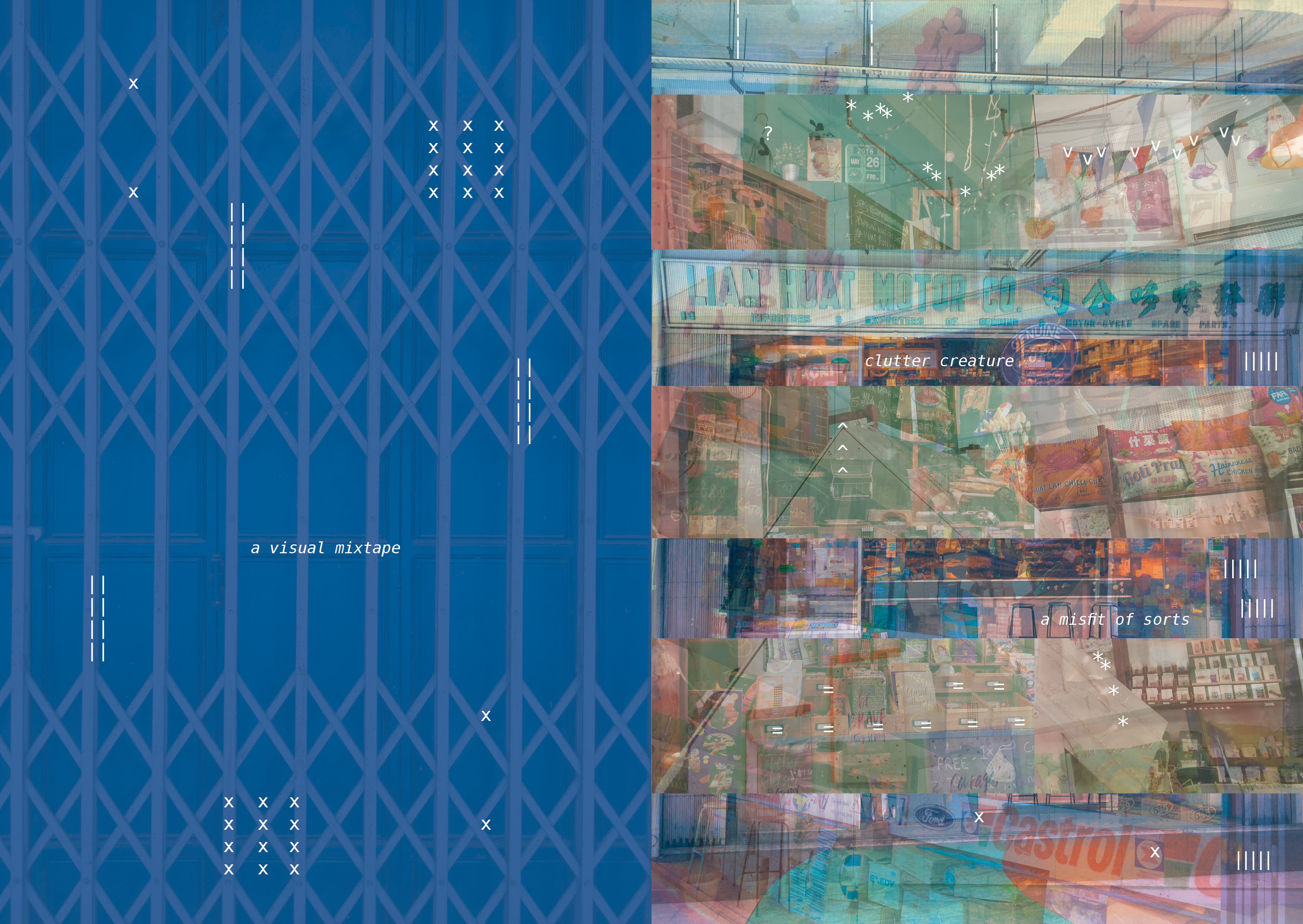 This spread covers the commercial aspects of Waterloo Centre as being very random and cluttered. But at the same time, the odd array of businesses give off an unexpected charm. 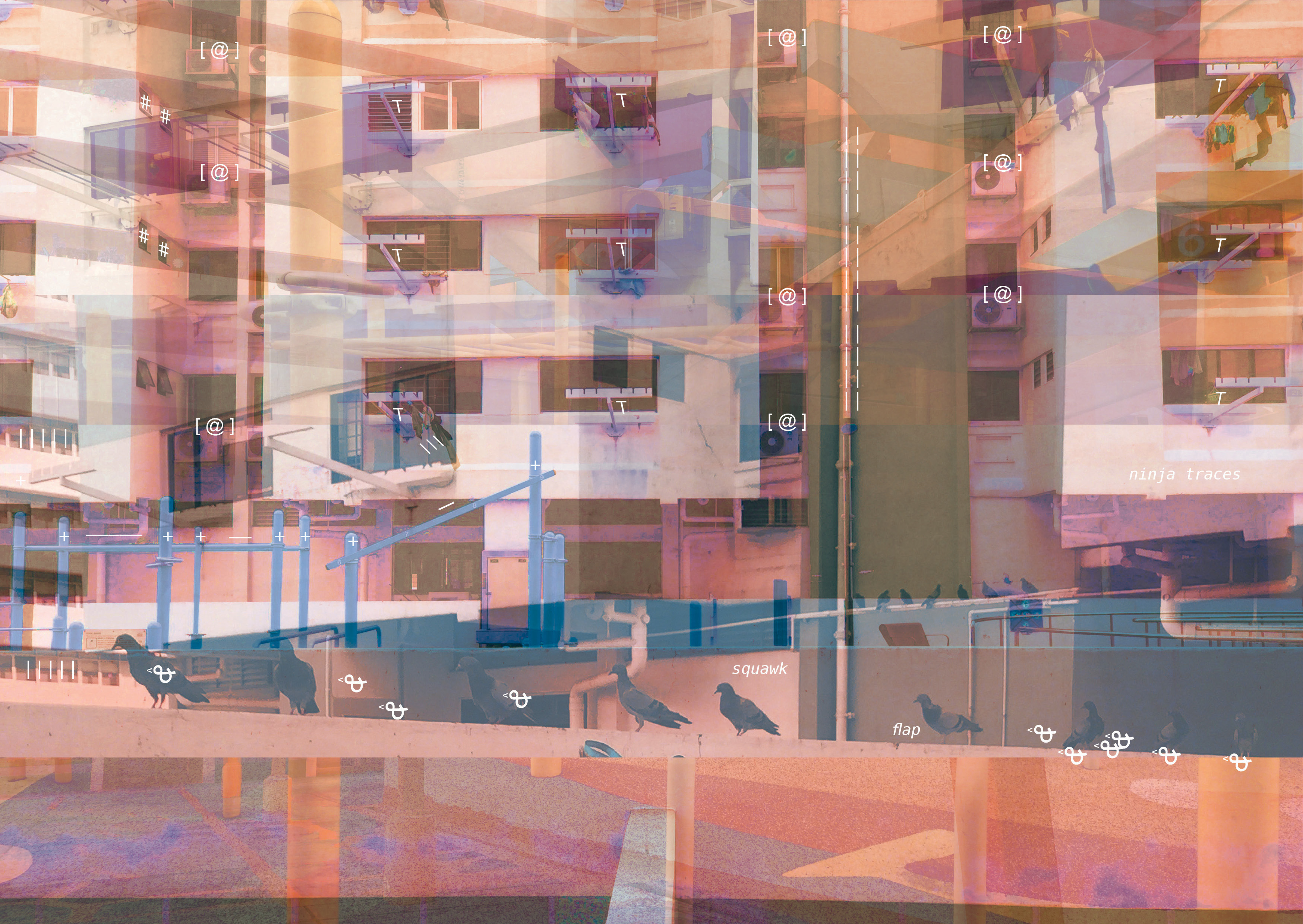 This one is about the public space of the residential areas, which seems more inhabited by pigeons than people. If you look closely, the words “ninja traces” can be seen emerging from one of the white walls. It conveys how people pass by this place so unnoticeably that they leave ninja traces behind. 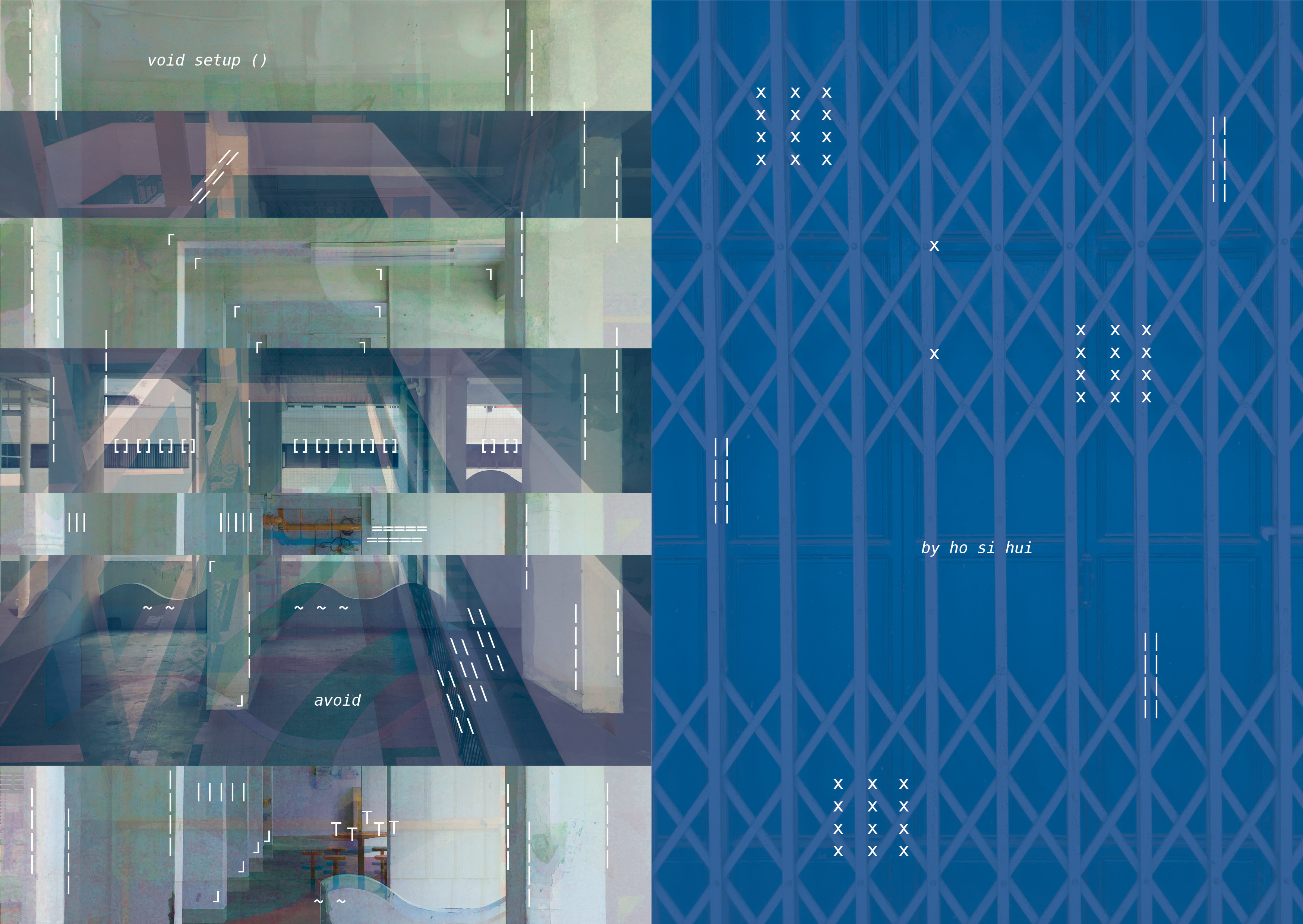 This page is about the passageways, connectors and void decks of Waterloo Centre, where people pass through from one destination to the other. It is noticeably emptier than the other spreads, but these spaces just happen to be that way, further emphasising the idea of the void in the void decks. 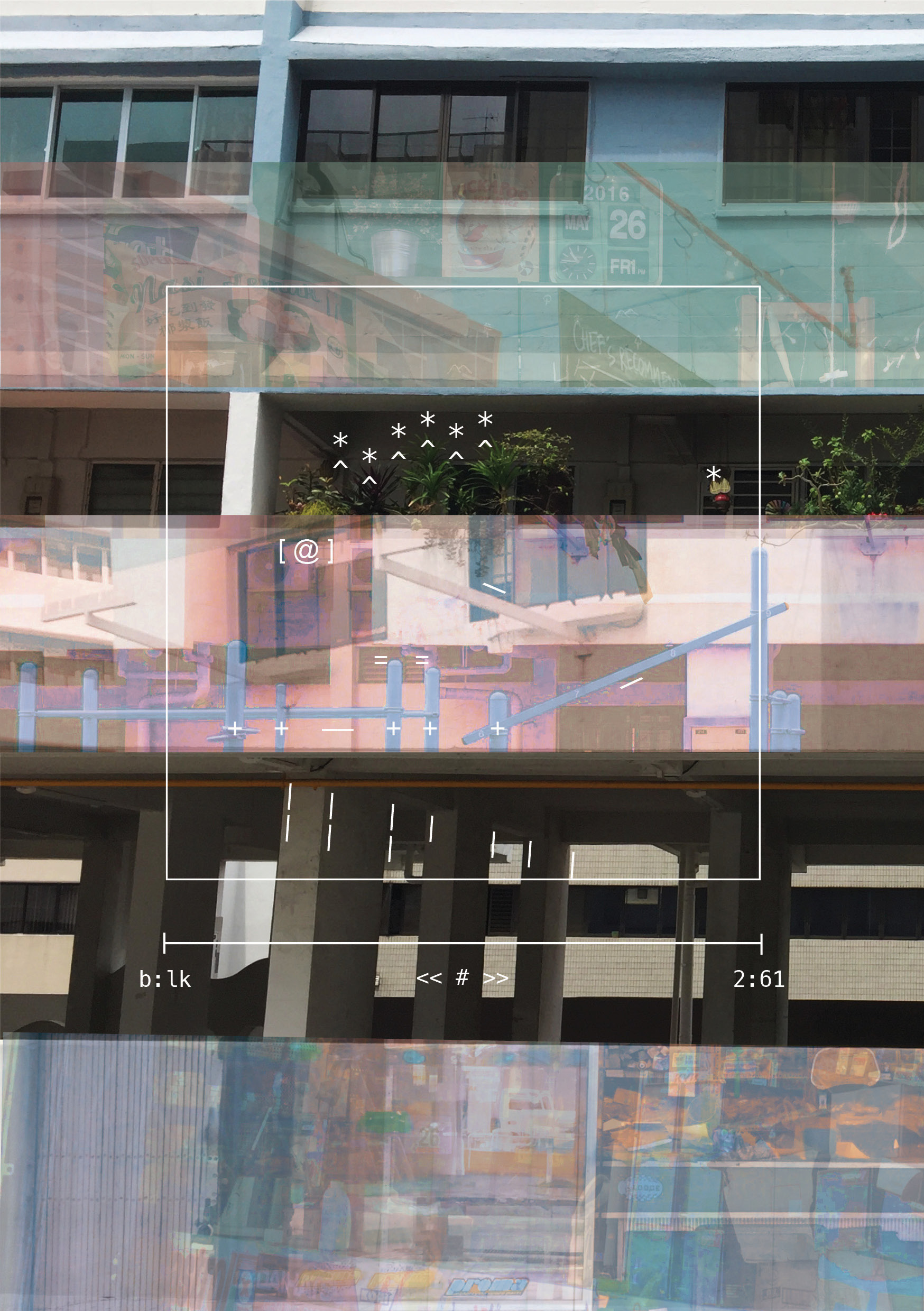