Named this after I realized this looked like a snake coming out of this shell. A snake doesn’t like shelter. It stays in the wild, and it looks like it’s trying to reach out of its shell, to escape into the wild.

D: below the arch

SD: shares the same void as D, but other 3rd is its own void

More of SD to extend out of D. So that they don’t share same void.

As right side has a lot going on, the left needs the same as well. Without adding symmetry, SO’s thinner and longer shape is pierced out from D. it is pierced out from 2/3 of D and towards the left, which is empty. It spirals out to give its distinctive look from others. 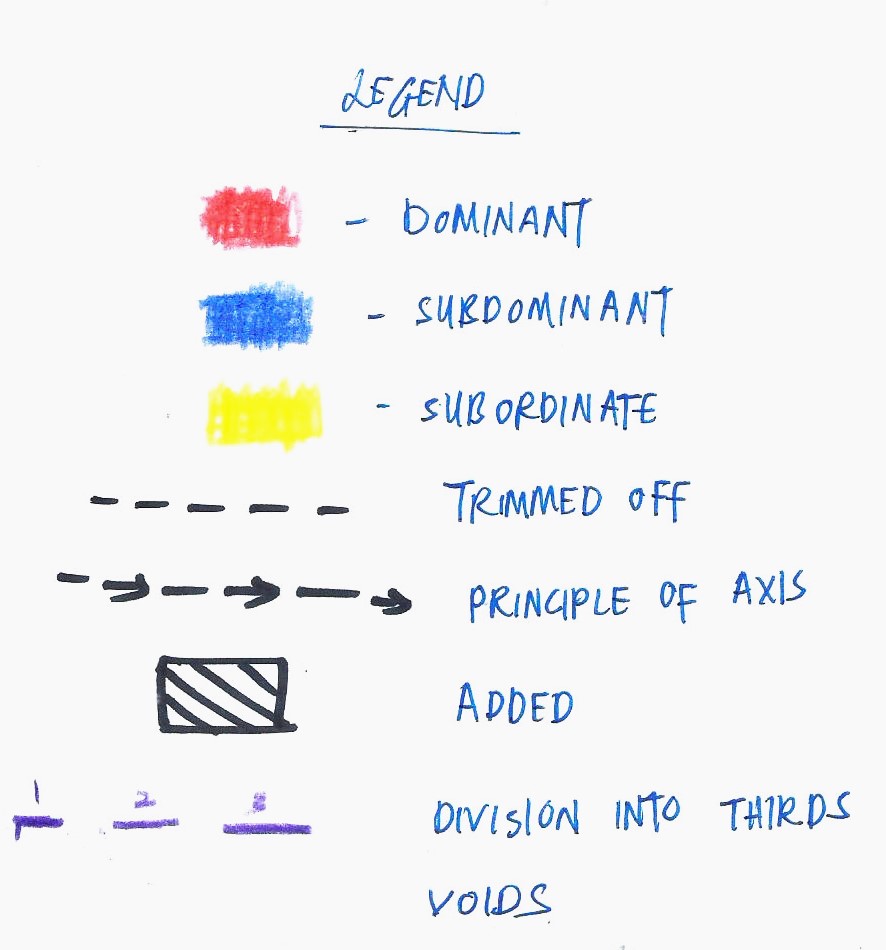 The blue and red seems to look like 2 big guys fighting for that one girl (in yellow). As alpha and “dominant” the red may be, the nice skinny nerdy boy in blue takes home the prize. From the side view, you see the blue standing on top of the defeated guy in red. Then he hugs the beautiful girl in yellow. Moral of the story: Nice guys finish last!

SD’s length is too long. Trimming it shorter and piercing more of its portion out of D would be better. Also, it would have its own void as well.

SD and SO might share the same void. SD can develop its own void by making SO shorter. This allows SD more void to take up on its own.

SD could be better improved by intersecting at SO’s upper third.

SD to be trimmed to 2/3 as it looks similar to SO and SD.

All three elements follow the same oval shape. With similar intersections, it looks like a ribbon tied up. Since there’s no application, I named it the no ribbon project.

Voids to be improved:

SO shares same void as SD, so by putting it up like a spiral pointing upwards, this creates void on its own.

Lengthwise, D should be longest, hence SD needs to be shorter ( by folding it further to appear shorter than D).

Height wise, the SO needs to extend it’s spiral upwards, to give height. Also, this create 1/3 rule where D is below 1/3 and SO is upper third.

Wave-like cuts at bottom of D. This removes flat surface of D, giving viewers other elements to “peek through” with holes at bottom.