Prior to this day, the four of us split our tasks. We got a PIR sensor, and 3 of us came up with different paper mechanisms of our own for our branches. I made a crank slider, where there is a mechanism that moves the ‘branch’ outwards. I tried to use Arduino’s Mood Cue to set up a the crank slider and make it move. But this was unsuccessful. Instead, I presented the crank slider without servo motor. On the other hand, Gladys’ paper mechanism (cam slider) worked well with her servo motor using Arduino, and Jamie’s motion sensor worked as well. Ying Hui created several ‘twisted towers’ by folded pentagonal shapes – the twisted motion which moves up and down could be one way to show how branches ‘reach out’ and ‘withdraw’. These were all presented during our work-in-progress show as seen in the video and pictures below.

Consider paper as main material for our installation project

Consider the level of sensitivity in different  areas of tree

Consider scale and size of tree

Interaction from participant:
Walks towards tree, hear bird noises. Leaves casting shadows instead of her.
Leaves moves her.

Comments from class:
Interaction with tree, branches try to reach out. Person can feel that they’re being touched.
Feel creeped out, like why are the trees following me

Questions raised:
Does tree surround you?
Standing in the sun, you’ll look out for your own shadow.  but you see a bunch of shadows.

Participation: Single, one at a time.

We have 2 different plans for our tree project.

For the first one (1), we thought of creating a tree with human attributes. The branches of the plant, acts as hands, that would move closer to the person, as the person walks by, almost as if it is reaching out and calling to him/her. However no touch is involved. At the same time, when the person moves closer to tree, the branches shies away from the person, and pulls back. In response to the theme of Interstices, we use the tree as an installation because as these living things surround us, we tend to overlook these living things because of their stillness and quantity of them that is around us. By adding a human element, it shows the eagerness to connect with us as a way to bring us closer to those we often ignore. 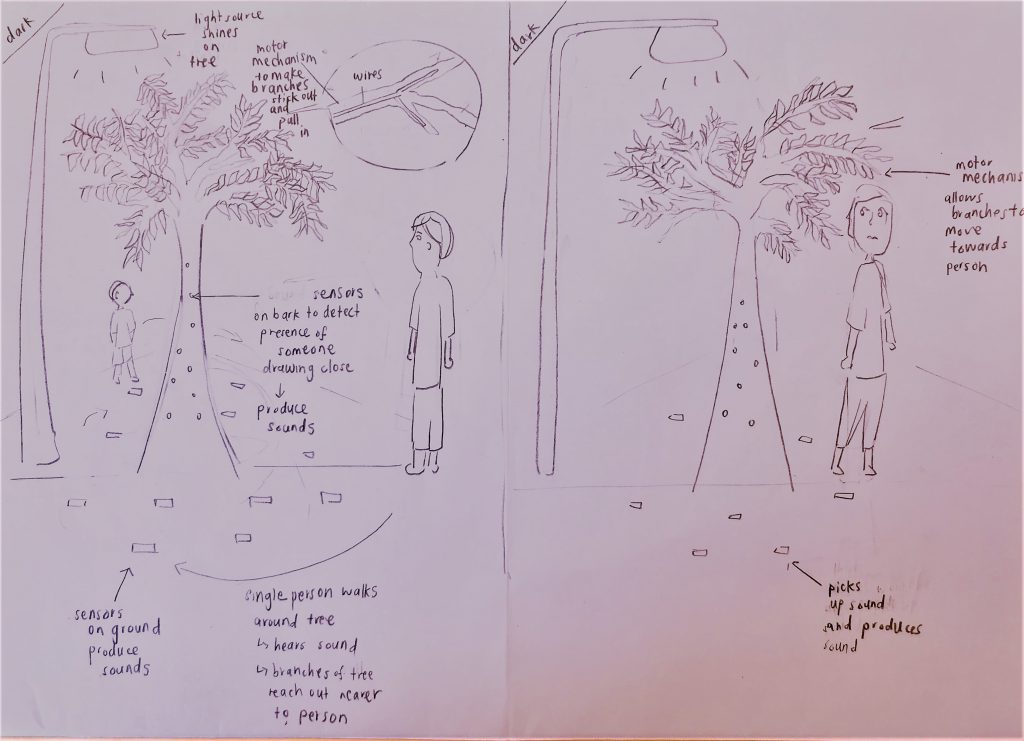 As for the second idea (2), it is similar to the first plan where a tree is used a the object to interact with. The interstices part would come in when there are little shadows formed on the ground ( light source over tree). The shadows, would come in different shapes and sizes. When a person who steps on them, a sound is produced. How does your audience experience the project?

(1) The audience will experience it by observing the way the branches move around a still tree, and also as they walk around the tree, the branches would ‘sense’ his/her and a branch would ‘reach’ out to him/her. At the same time, depending on where he/she stands, he/she would be able to hear some sounds while walking.

Is it for a single person to engage with your project or for multiple participants concurrently?

For the first idea, a single person would be good. We discussed the setting and decided that a dark, quiet setting with a single light source would create the best setting for this piece.

For second idea, multiple people would be good. It would be better to start off with single followed by multiple. Because the growing number of sounds would create gradual sounds and it builds up the sounds..

What is the interaction or situation you are creating for your audience?

(1) A person will be able to walk around or past the tree and he/she would be able to hear sounds being made. With motor sensors attached to branches, the branches would reach out to him/her, close enough that person can sense it. But it pulls back after a certain time/ distance.

(1) Normally trees are still and they are everywhere around us. And because of this, we tend to overlook them, because there are plenty.. By adding human elements to it, it is meant to show the need to ‘reach out’ to people as a way to connect with them. We often overlook things/ or living things/people whom we see often, but we will never know that it/he/she is eager to reach out to us.

How does this interaction relate to the concept of interstices?

(1)  Trees are often overlooked because of their stillness and number of them surrounding us. By adding some human elements to them, through motor sensors on branches, and adding sound sensors on the ground, the person would be able to know that these trees are ‘present’.

(2) The concept of interstices for the 2nd idea is through the play of shadows. Shadows are normally something we tend to overlook and pay little attention to when we’re walking outside, especially at night. By being able to be conscious of shadows and their presence, with the added sensors, the shadows are a like a thing of play. 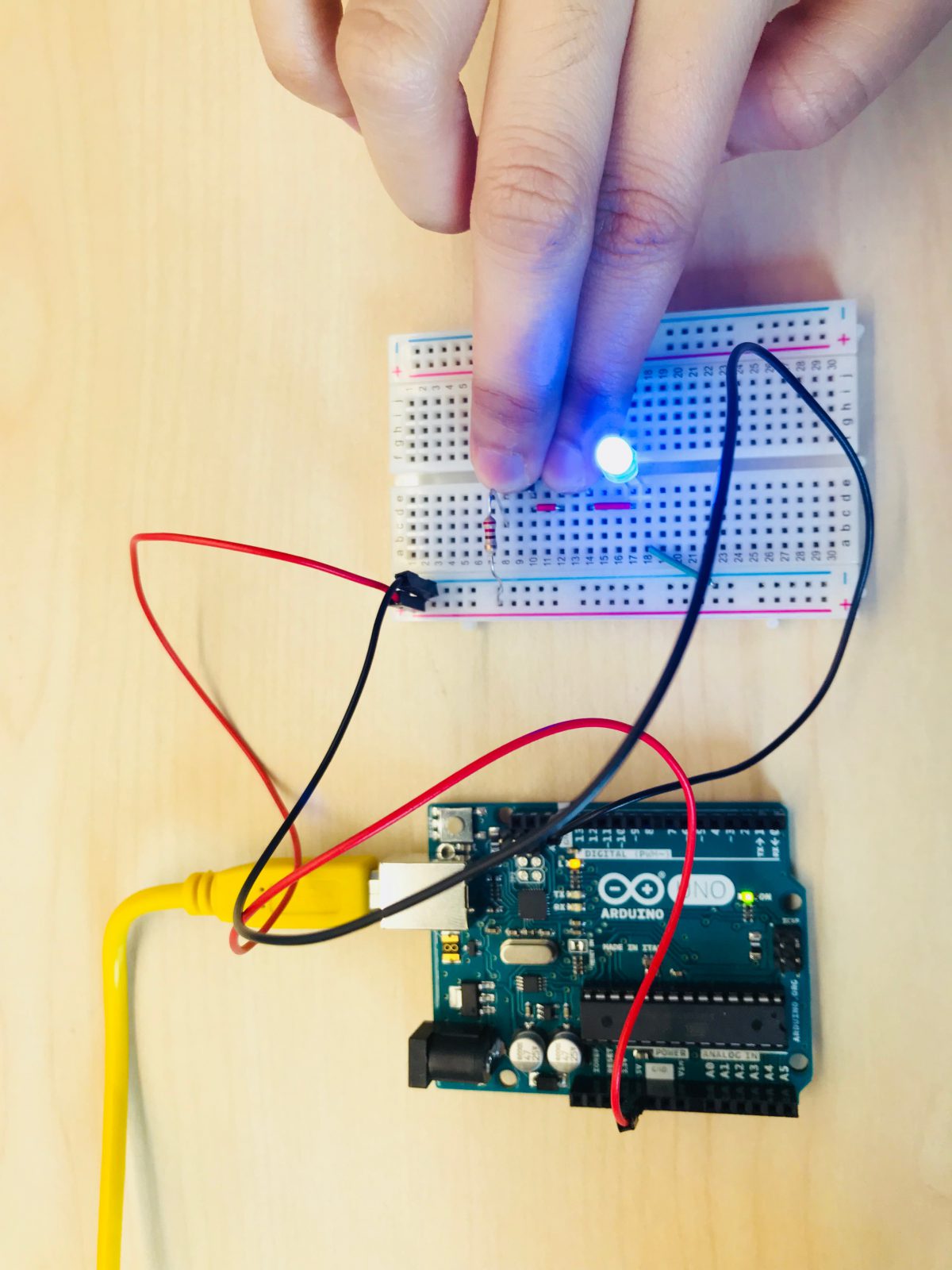