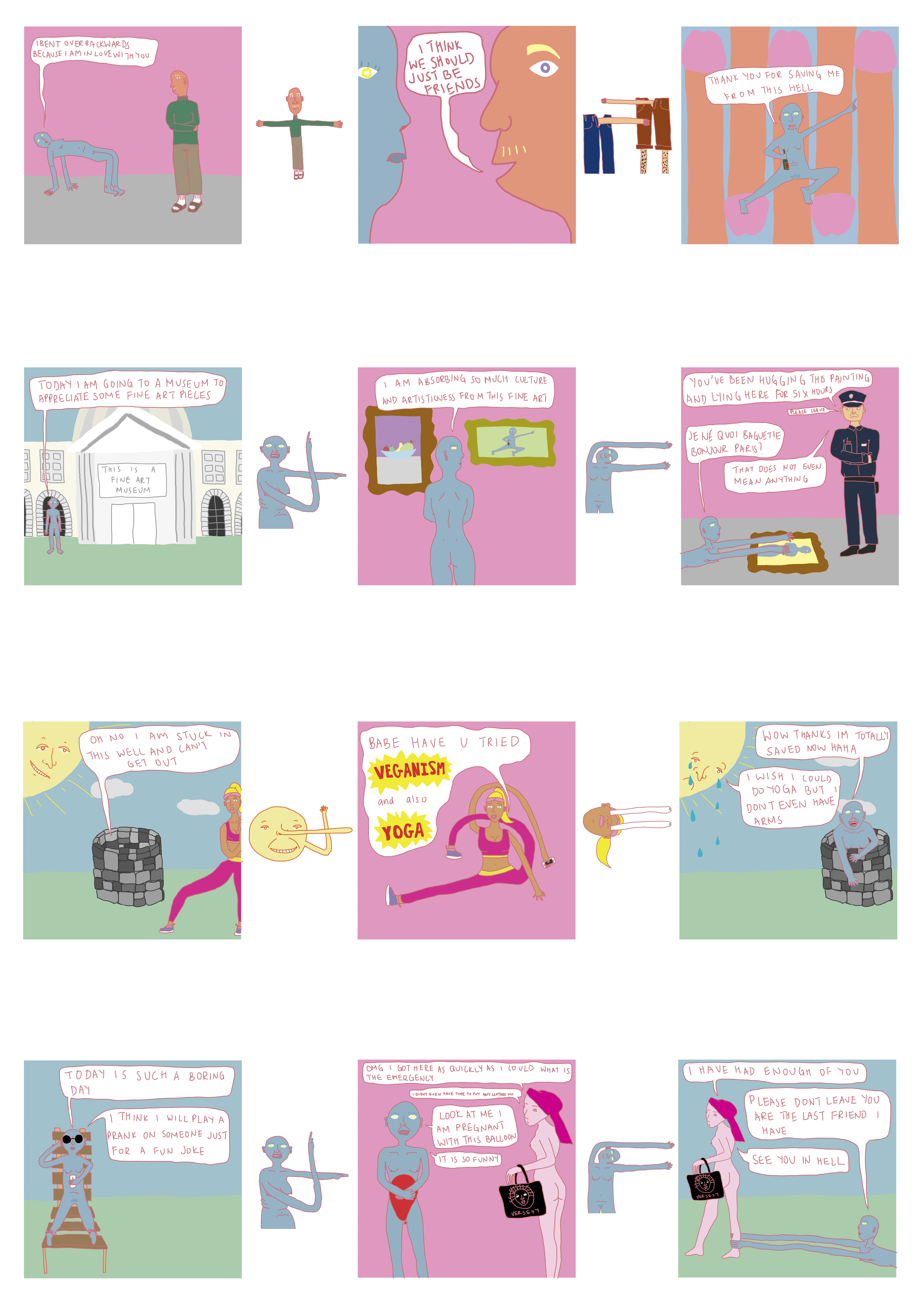 When we received the brief for this project, I was so excited that I began working on it immediately. To me this project was like a breath of fresh air after project 1 and 2, where we were confined to working in black and white and where we had other certain restrictions. Project 3 allowed us to work with a lot more freedom, not just colour wise but also with regards to our chosen mediums and form of expression.

One thing I did with this project that I normally wouldn’t do is to use a very bold and striking colour palette, consisting mostly of bright pinks/blues/greens. While I normally work with more muted colour palettes, I was inspired by the presentations given by my classmates on colour theory and was also a bit too eager to jump back into using colour after going through the first 2 projects. As an artist colour is a vital part of my work and I find it extremely difficult to immerse myself in my art if it is in black and white.

Since this project was about self, I wanted to depict myself in these panels but didn’t want to make it too apparent because I wanted the equations to represent paradigms of somewhat relatable situations but in a bizarre and funny way. Hence I decided to depict “myself” as this impish and somewhat inhuman figure. The reason why I am blue is that when I created this character I was feeling a bit blue that day. I wasn’t sad for very long but by that time I already decided I quite liked this character so I was like why not.

All 12 panels were drawn on photoshop, using a Wacom tablet. All my line work is done using the brush tool, then coloured in on another layer also using the brush tool. I think there are probably other ways to do this that are quicker and more efficient but I find this method to be the most immersive for myself and I’ve been doing it for eons.

I will illustrate my process a little bit below using screenshots of the iconic “penis panel” on photoshop. 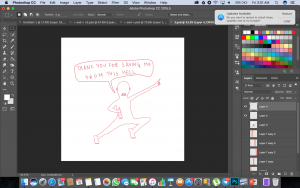 The first step I do is to draw the outline on a white background. Usually I would use black but this time I have gone with pink because it’s good to try new things. 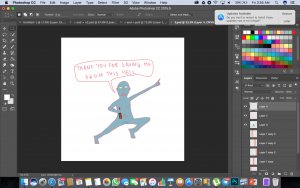 Then I create another layer underneath the outline layer and colour everything in, erasing any stray brush strokes that go past the outline. 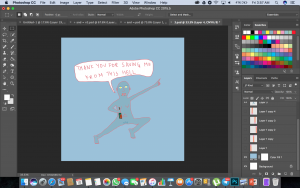 At this point I will add a colour fill layer below all the other layers to act as a coloured background. 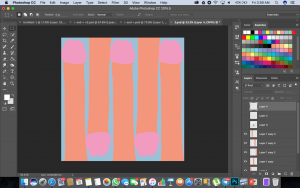 If I would like to have anything else in the background, I will hide the outline and colouring layer and draw them now. In this case I have chosen to add five giant penises. 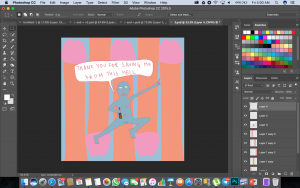 Then I unhide the layers and I’m more or less done. This is somewhat what I did for all 12 panels, it differs slightly depending on what I’m drawing but this is is roughly the basic “tutorial” of what I do. 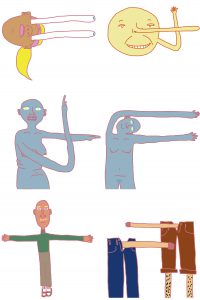 Also I had the idea of drawing out my + and = symbols as illustrations rather than printing out symbols or using tape, so I used roughly the same method as above and drew and coloured these.

Embarking on this project, I knew from the beginning that I wanted to do it in my own personal style which I have always done so I didn’t really specially do research for this project specifically. However, there are certain artists whose work I admire and emulate and I think their impact on my personal style can clearly be seen in the work I have done for this project.

Polly Nor is an illustrator that I discovered on social media quite a long time ago and I’ve been a huge fan of her work ever since. Although I didn’t exactly have her work in mind while doing this project, on hindsight it seems to me that my idea of representing myself as a blue inhuman creature-thing was probably inspired by her as she depicts a lot of devils in her illustrations as well. If you’ve ever seen pictures of pieces of the Berlin Wall in modern times then you might possibly be familiar with Thierry’s work. Thierry claims to be the first artist to ever paint the Berlin Wall. While nobody can confirm or deny this claim, I do love his use of bold colours and his exaggeration of certain parts of anatomy in his portraits. Wilfrid Wood isn’t really a 2D artist, he’s a sculptor but I love his work and I think it’s still applicable so I’m going to reference him anyway. Just take a look at those portraits and look at how stupid and funny they look and do you just love it or what because I do. I often reference Wilfrid’s sculptures for inspiration because he reminds me that it is ok for art to be funny and bizarre.

So that’s pretty much all I have to say for this project! I had tons of fun doing it and I wish I could do it again like 10 more times because I feel like I could never run out of ideas for this. I hope that you guys enjoyed the presentation on Monday and I hope at least some people found my equations funny but if you didn’t it is ok because the most important thing in the world is to love your own work and I love this very very much.