I have always been fascinated by the game of Checkers (or Draughts). I believe it is one of the most brutally honest versions of Chess. It is what it is, when striped bare of stratagem, it gets down to a simple, unforgiving game of attrition. In this exercise where we have to arrange repeated objects in a space, I simply decided to take to the streets and find a place to play Checkers by myself. It was quite an interesting experience and I soon found myself trying very hard to not break the simple rules of Checkers. It felt like my left brain pitting against my right. The paths I would take with placing my body in this clearly over-sized urban chessboard also changed as the weight of the game shifted to either side. Amidst the sweltering heat that was really getting my perspiration up, I started to lose track of time and less and less thought was put into the moves until I decided that my left and right brains had stalemated. 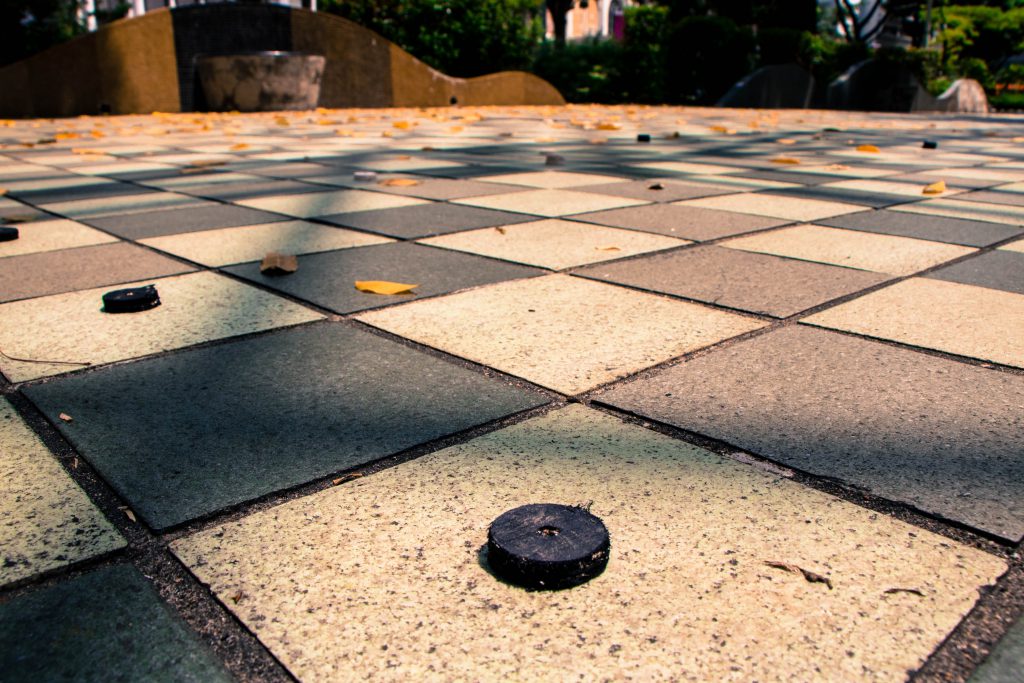 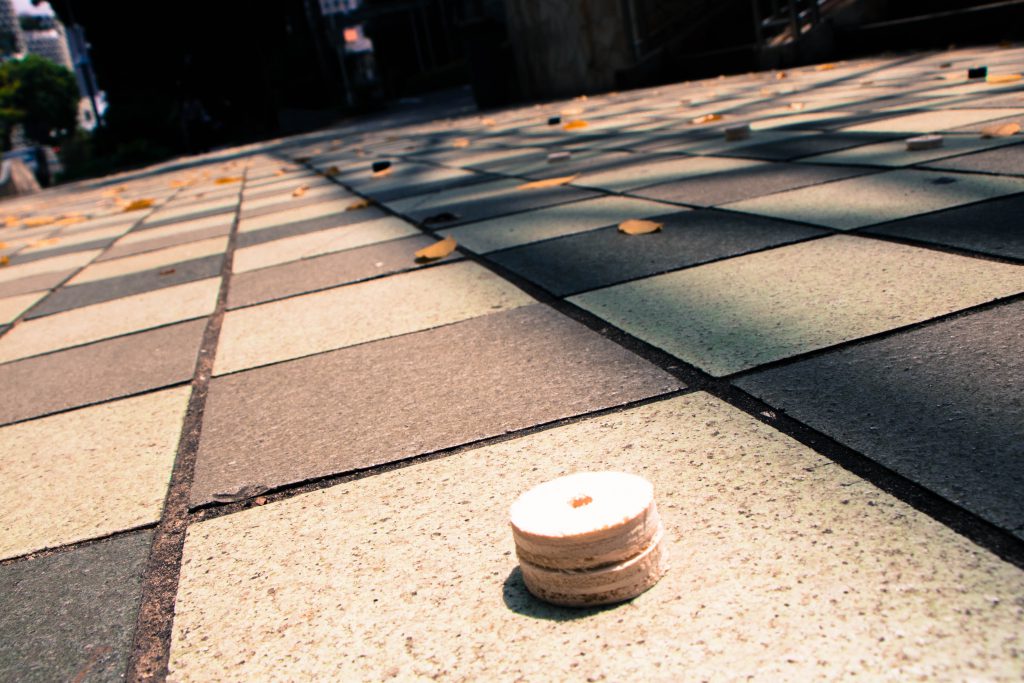 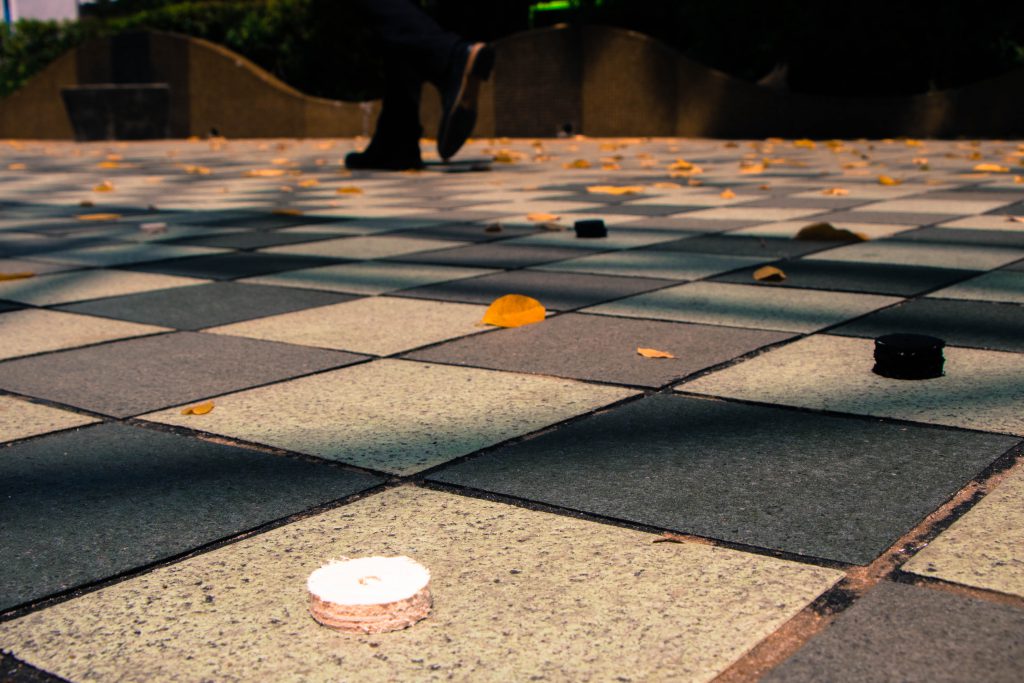 I took some walks around the Bugis area as I was visiting the Design Center for SG Design Week. So when I got to the pavement outside Bras Basah, I sprang into action as it was perfect for what I had  in mind.

I filled-up much of the pavement with my work and this little performance, but it did not seem to bother the other pedestrians. It was rather interesting to see how people got on with their business even though I was attempting to ‘invade’ this public area for that half-an-hour or so.

The material was reused from wood waste that one of my coursemates, Zi Feng, didn’t need anymore. I collected them and painted half of these curious circular pieces black. It was quite a spontaneous choice. I saw it whilst working on some other projects in the IM room and just went for the idea. Here are some images of that process. 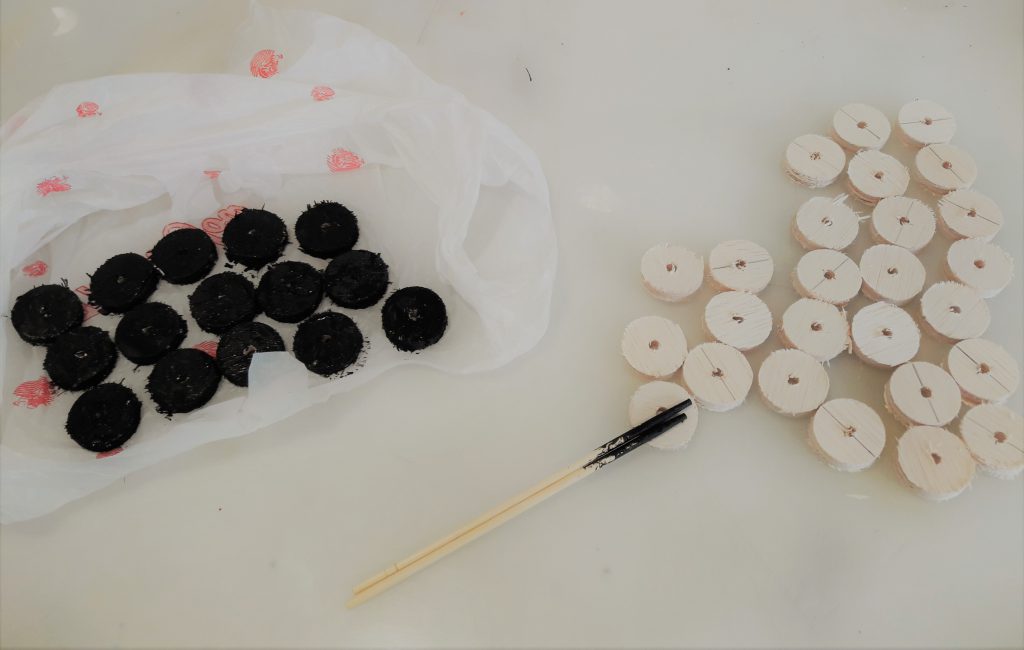 I think simple repetition of objects in a choice spot can generate interesting arrangements. I’d certainly like to try another excursion like this.