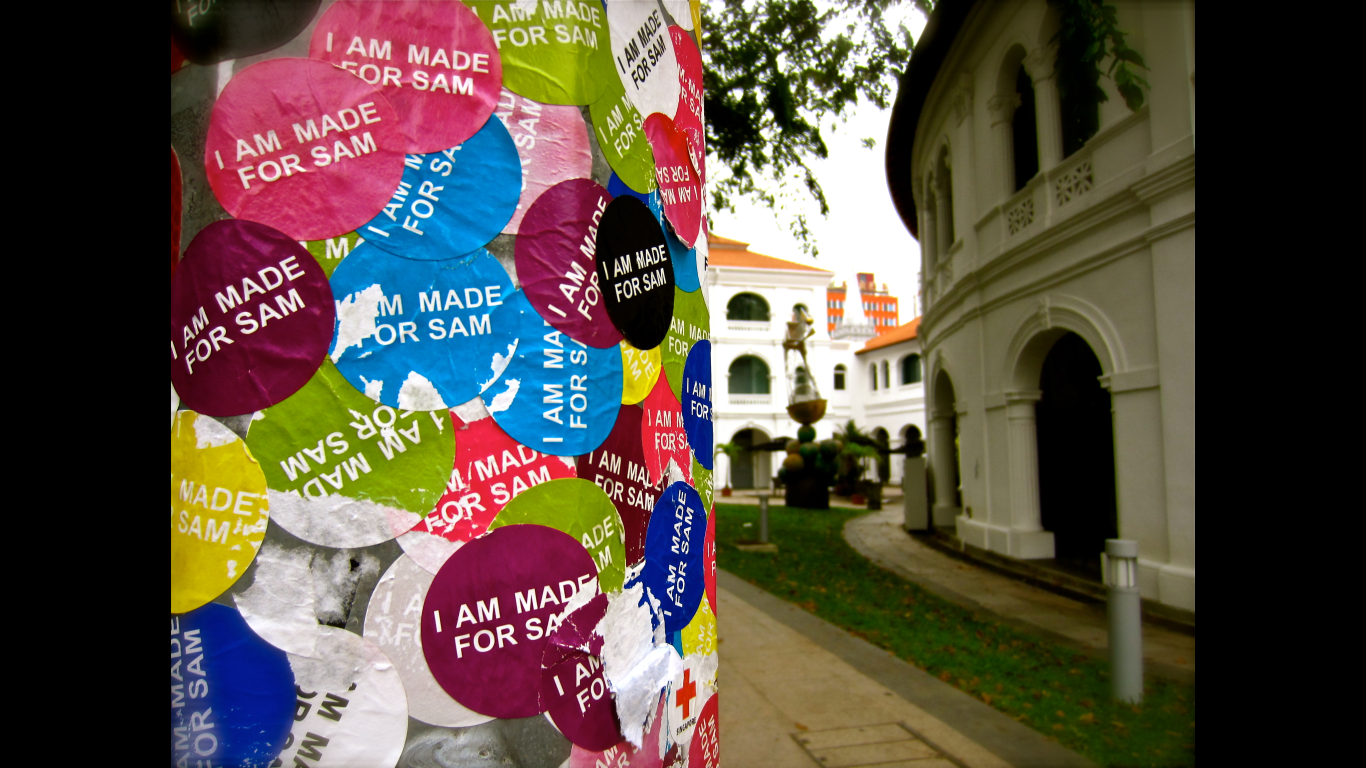 One of the works I would love to talk about in the “Time of Others” is 残响世界 (realm of reverberations) by Chen Chieh-Jen. I particularly enjoyed this work by this energetic artist whose artistic practice has been much centered around the biopolitical issues of globalised Taiwan. The setting of the work is the Losheng sanatorium which was built during the Japanese Colonization to house lepers. The place is however being demolished to pave the way for a new metro station. Chen’s work is a documentation of this event, a vent for the emotions of the previous occupants as their long regarded sanctuary faces erasure along with the memories built around it.

A series of photographs at the entrance served as a prelude which drew me into the projection room to view the film. Usually video art fail to impress anything much on me. However, this work is certainly emotionally engaging as I can feel a genuine emotion from the person behind the lens and not just a pretentious attempt to be artsy. The film is very de-saturated, there is a melancholy and slow feel to it. The music creates a throbbing undertone which incessantly builds up an aura of uneasiness and intrigue. Camera angles are very voyeuristic, mostly framing the characters as we walk along with them to see the last of the sanatorium. I felt like I was a ghost watching their struggle with the reality of erasure. I was just short of immersing in the original on-site installation. This image below is actually quite sad, the audience are mostly the people of the sanatorium watching a film featuring them as they are “their only audience”.

Finally I would add that, I refer to this work using the Chinese title, not just because it is in Mandarin, but this expression in the language resonates more in my engagement with the work.

Another work which stirred some interest for me is this little photo series by Shitamichi Motoyuki. We are looking at only 5 of many photos he took over the course of 6 years. Their titles are “Taichung, Taiwan”, “Saipan, USA”, “Saipan, USA”, “Geomundo Island, Korea”, “Sakhalinskaja, Russia” from left to right, all of which are places that imperial japan once stepped a foot in. The recurring imagery of the “torri” which japanese for “gate”, is the evidence leftover of the enormous presence of the imperial might. These silent guardians once held a meaning as the borders of a great empire but now which the change of borders and the tide of time, their very existence is being erased.

In the 3 photographs on the right you can see the physical torri rather clearly. The middle of those 3 is hidden by the vegetation but it’s form is still not eluded too much. I looked at these 3 first, as it was immediately recognizable that the “torri” is the main subject and recurring theme that binds these images in the artist’s narrative. Therefore the 2 on the left puzzelled me as I did not see a simmilar structure of the “torri”. Then I realized that it was the artist’s great use of chance and framing. The rightmost one shows people sitting on a bench in a park. Closer inspection reveals that the bench is actually the “torri” but it has fallen on it’s side and this convenient piece of rubble doubles up as a seat for the park-goers. The second one is totally missing the “torri”, however there is a strong use of directional lines and we are drawn up the staircase placed in the centre of the image, where at the end the trees frame the sky into a gate, metaphorically suggesting that the “torri” used to be and now ceases to be.

Overall I felt  the exhibition to be rather incomprehensible, some works were unengaging and affected my perception of them as only upon reading the explanatory text could I try to piece a muddled idea of their meanings together. However the afore-mentioned work are certainly effective as I was visually and emotionally engaged in an artistic dialogue with the artist without need of his physical presence or aid of exposition.