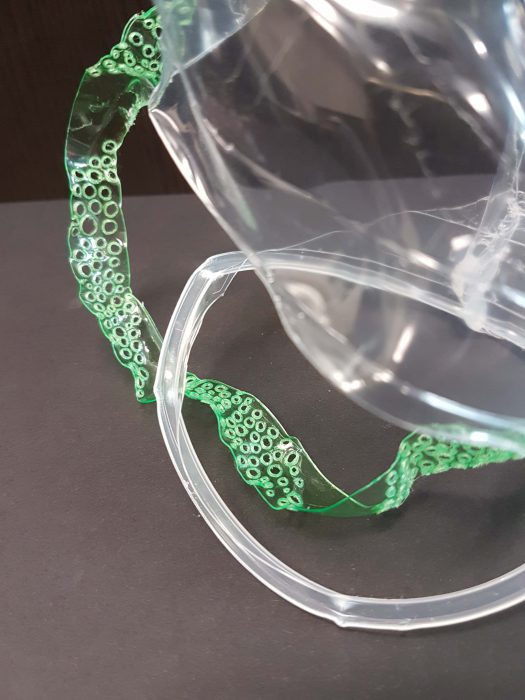 For this assignment, we are tasked to create planar sculptures, out of plastic, based on a pleasant and unpleasant smell from our past and memory.

Before we start on the project, we were to create paper models exploring different planes using art cards, keeping in mind the dominant, subdominant and subordinate.

It is proven that smell can trigger memories, both bad or good memories when we encounter smells that we have smelled before. We can also be used to smells even before we are born. For example, babies or even during pregnancy who are exposed to cigarette smell will be used to the smell when they grow up.

Companies have also even used the power of smell to lure or trigger memories of the public. Like the smell of money or food, some scents can help lure customers into the shops or malls as it has triggered a good scent that would probably be linked to a good memory of the customers, or just scents that smells good for them.

In contrast to that, however, in warfare, some countries have even tried to counter their enemies by placing bad smells, or what they call stink bombs, so deter the enemies.

Though most of us would visualise the smell to be this misty, smokey visual that we see a lot in the cartoons or movies, smell actually travels in a cloud when in the air.

Since different smells trigger different memories, we were then to pick out two scents that trigger an unpleasant and a pleasant memory. 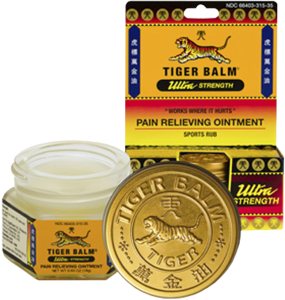 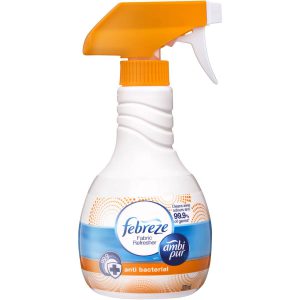 My chosen unpleasant smell is actually the smell of Febreeze. Ironically, I don’t find it a good smell. I do not like the smell of artificial fragrance. Another thing would be that it reminds me of during my National Service, when the guys used Febreeze to spray their sweaty uniform, thinking that it would make it smell better, but it actually just made it smell worst.

It is actually the first time as a class using plastic to create our models, and actually, the first time in my life doing it too. There are different tools that actually help form the delicate actually delicate plastic, like the heat gun and the soldering tool. 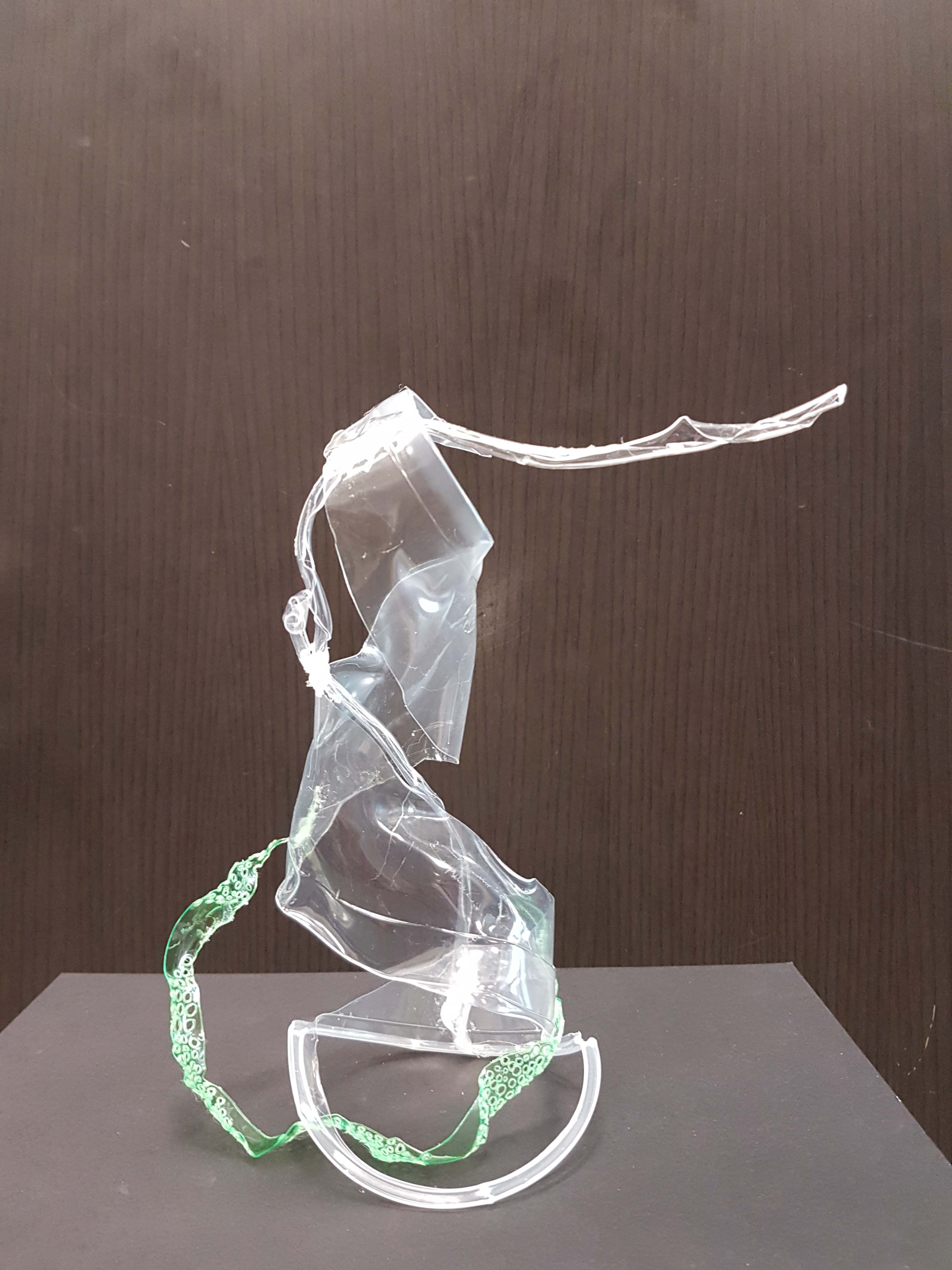 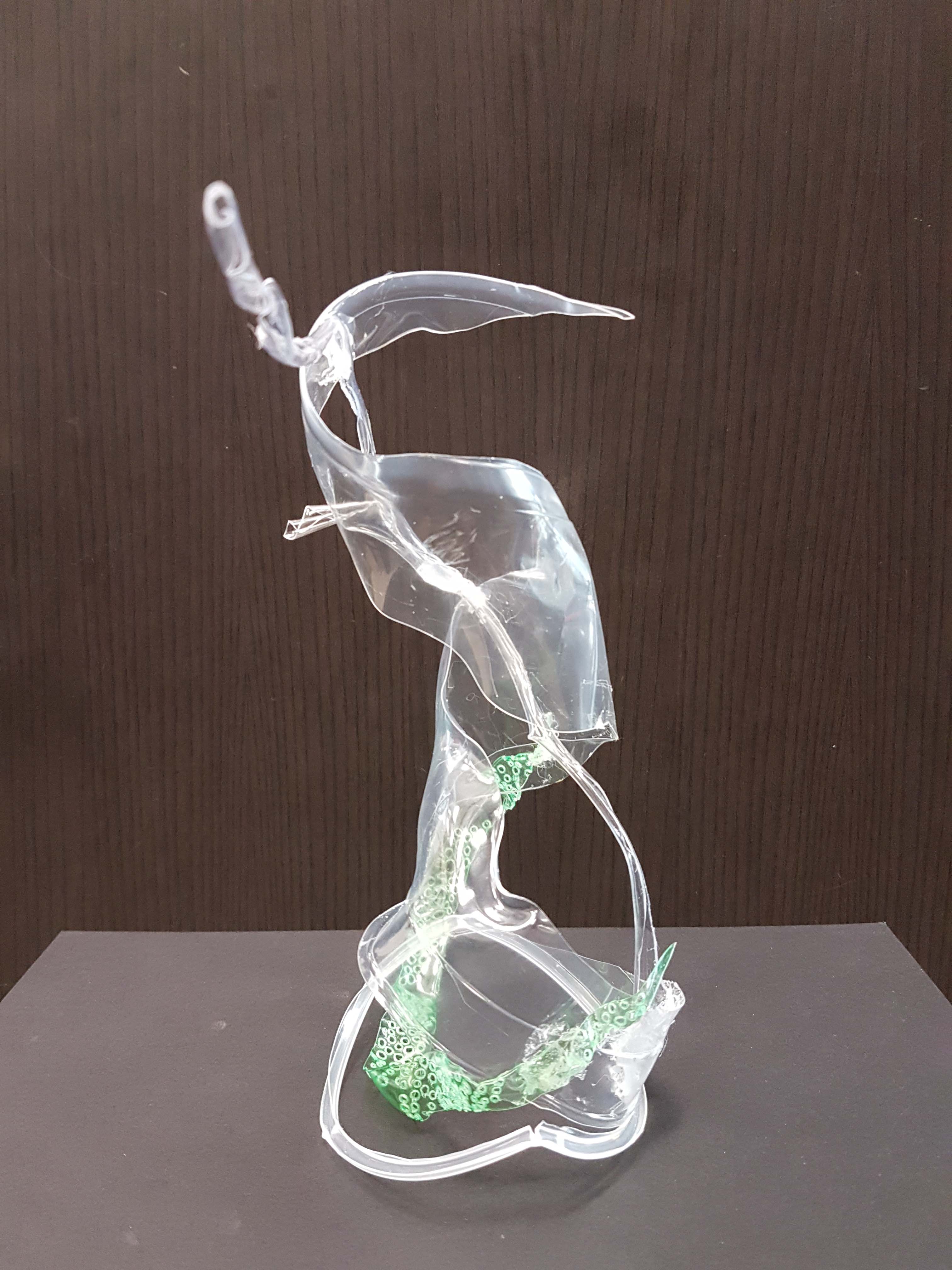 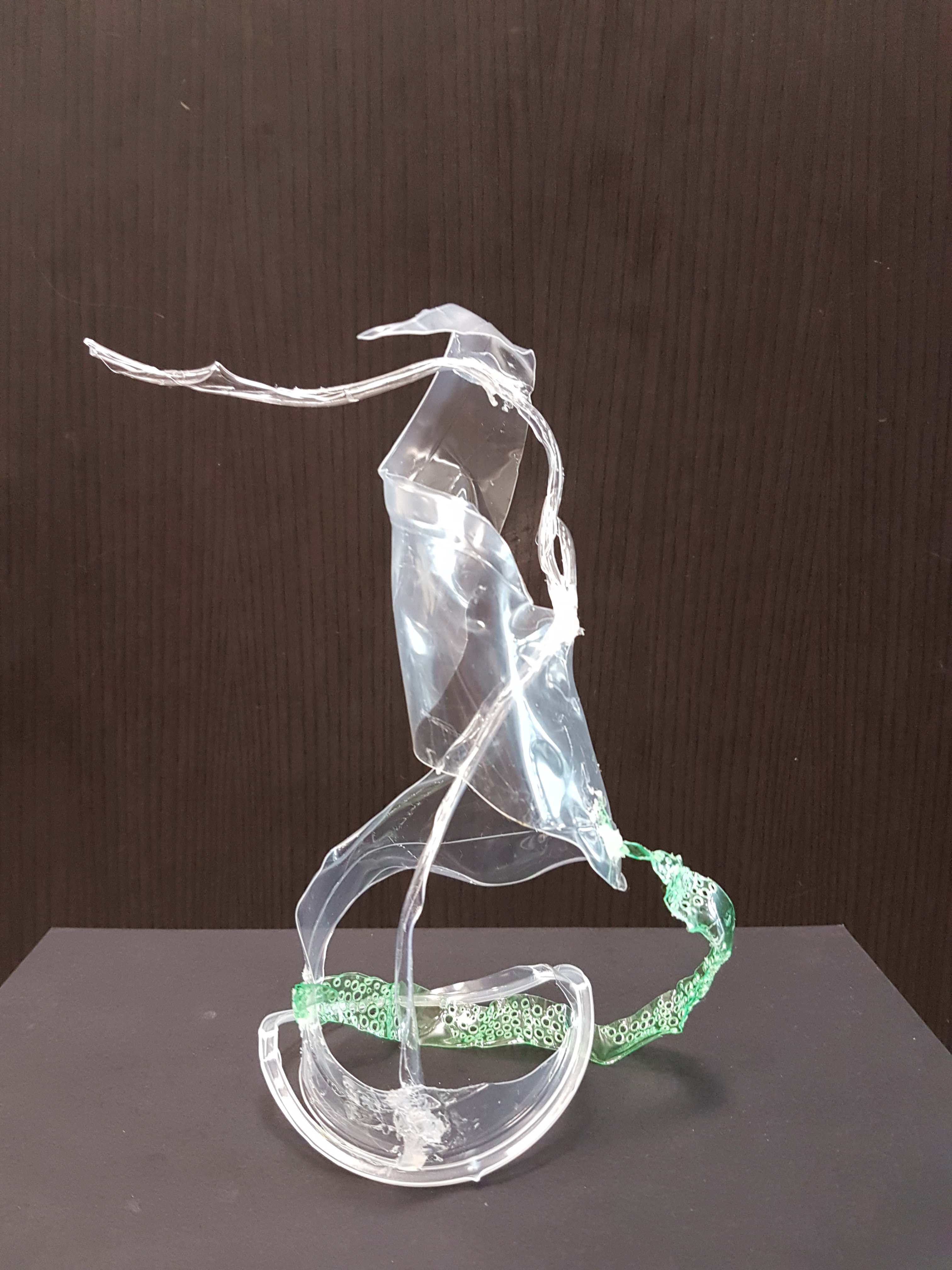 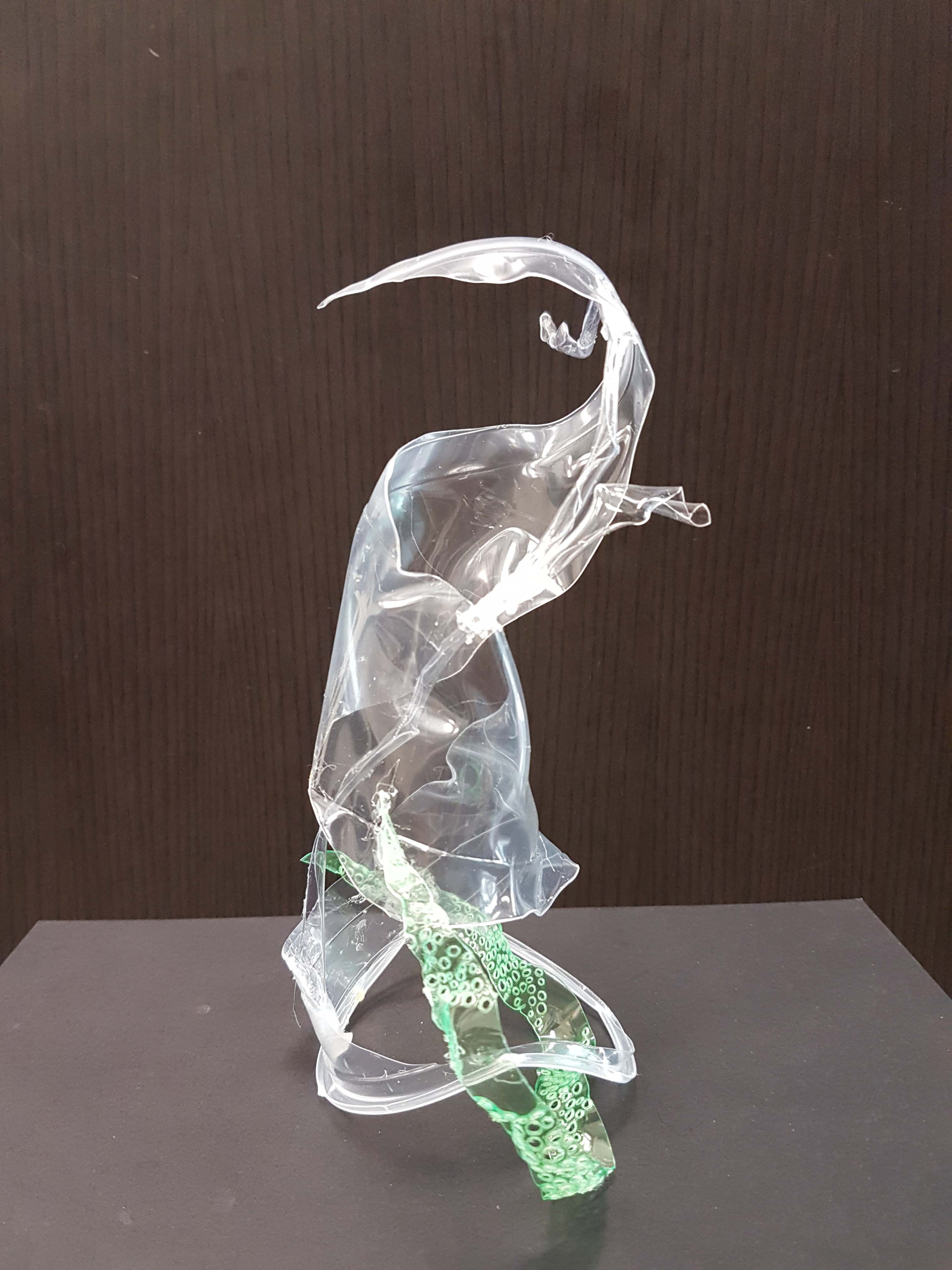 There are 3 main components to the sculpture – the center stick, the transparent spiral, and the green strip.

The center stick represents the memory and in the way the brain stem, which goes upwards. It also looks like a lingering strip of smoke.

The main feature, which is the spiralling transparent plane is the pleasant scent, which goes around the stick as if it is something that follows you in your memory.

The green strip represent the unpleasant scent. It has holes in it to create a sense of discomfort when you look at it or feel it.

The transparent spiral is bigger than the green strip because since it represents the pleasant scent it would be something that we would want to remember more.

Creating a sculpture from something you cannot see is actually very challenging. Theres no base form that you can refer to. Using plastic to create a sculpture is already hard enough as sometimes it instantly melts with the use of the heat gun. It can be very unpredictable even though you have something in mind or some other form you want to achieve.