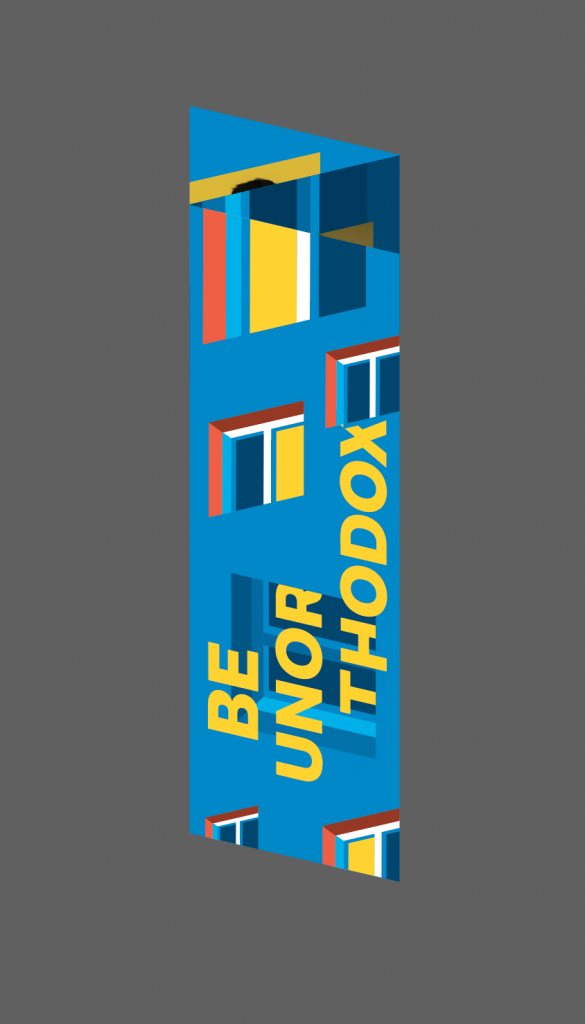 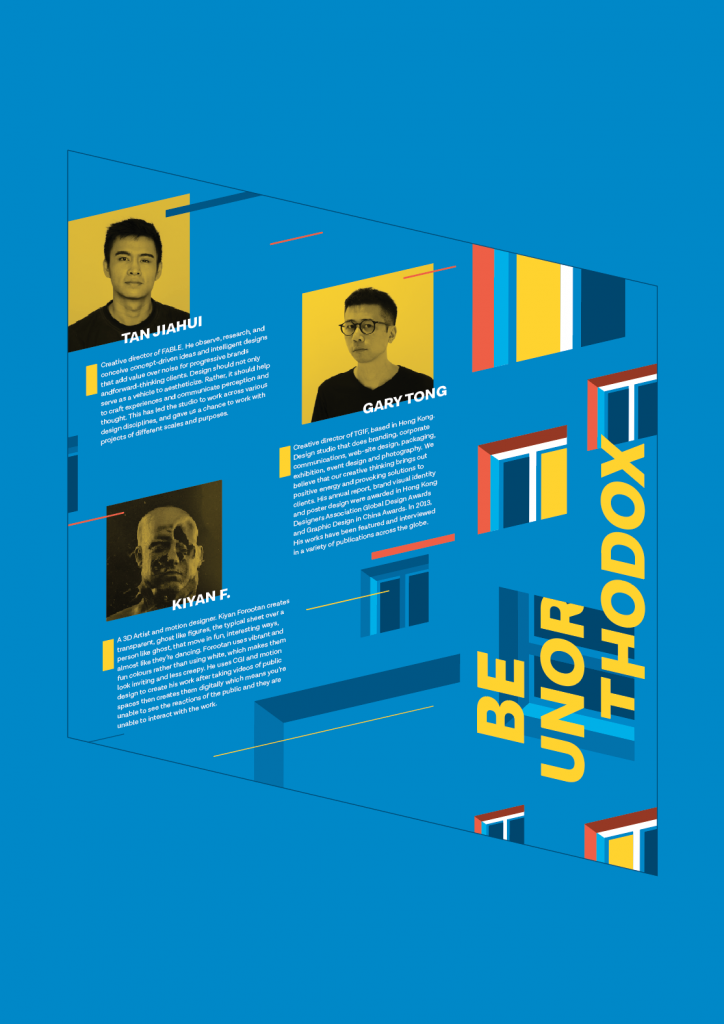 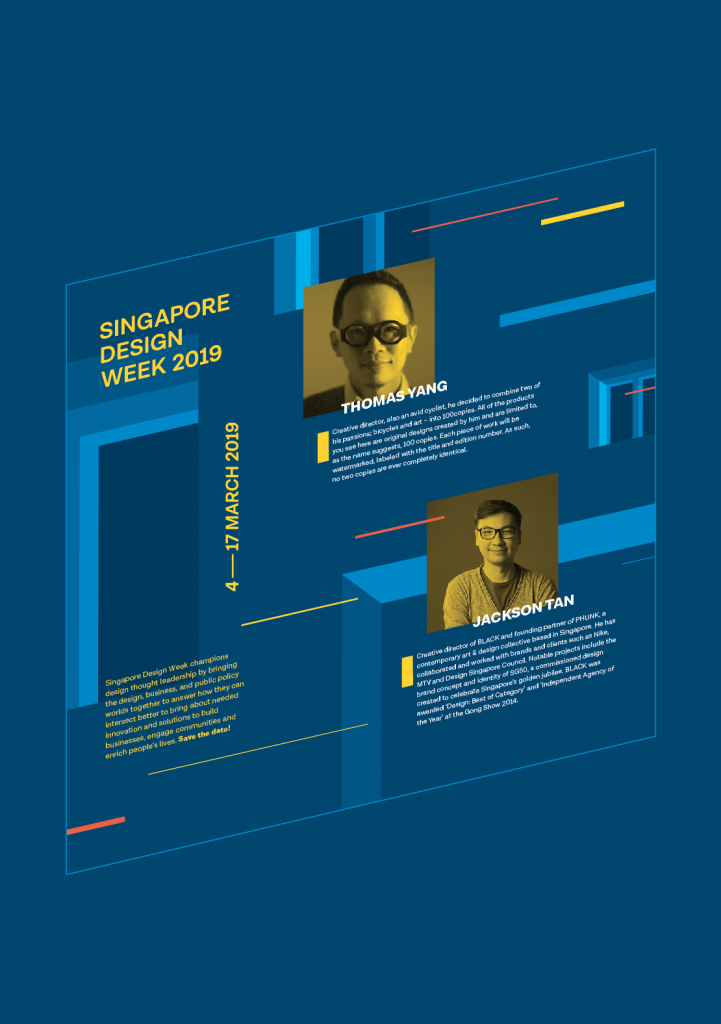 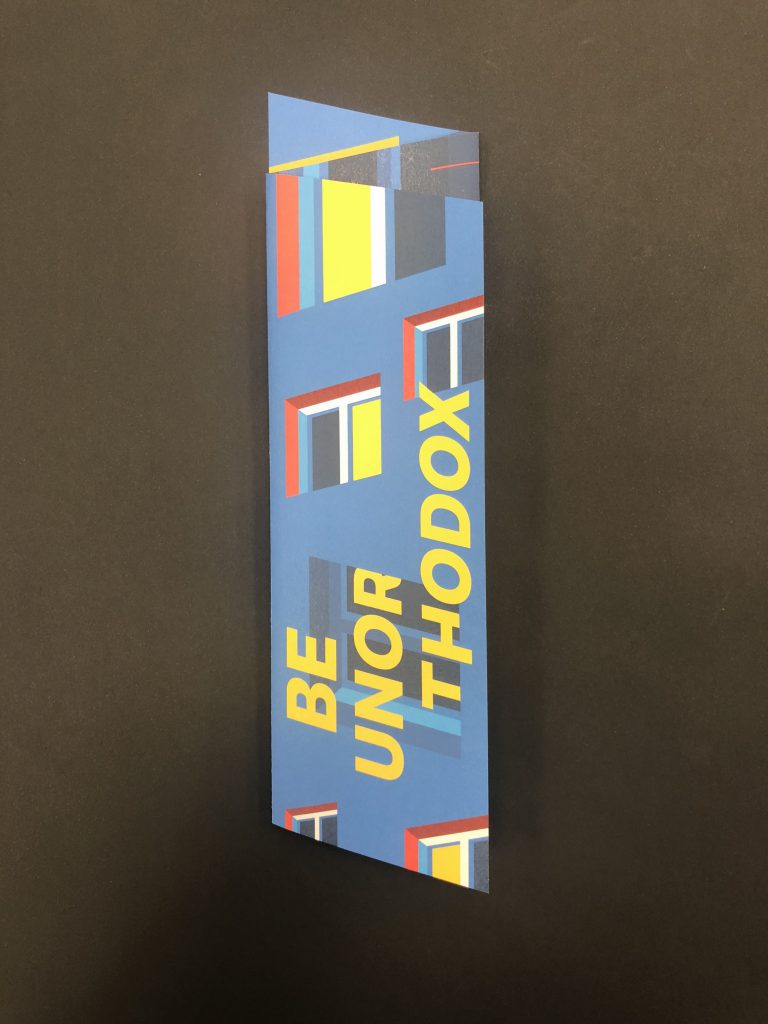 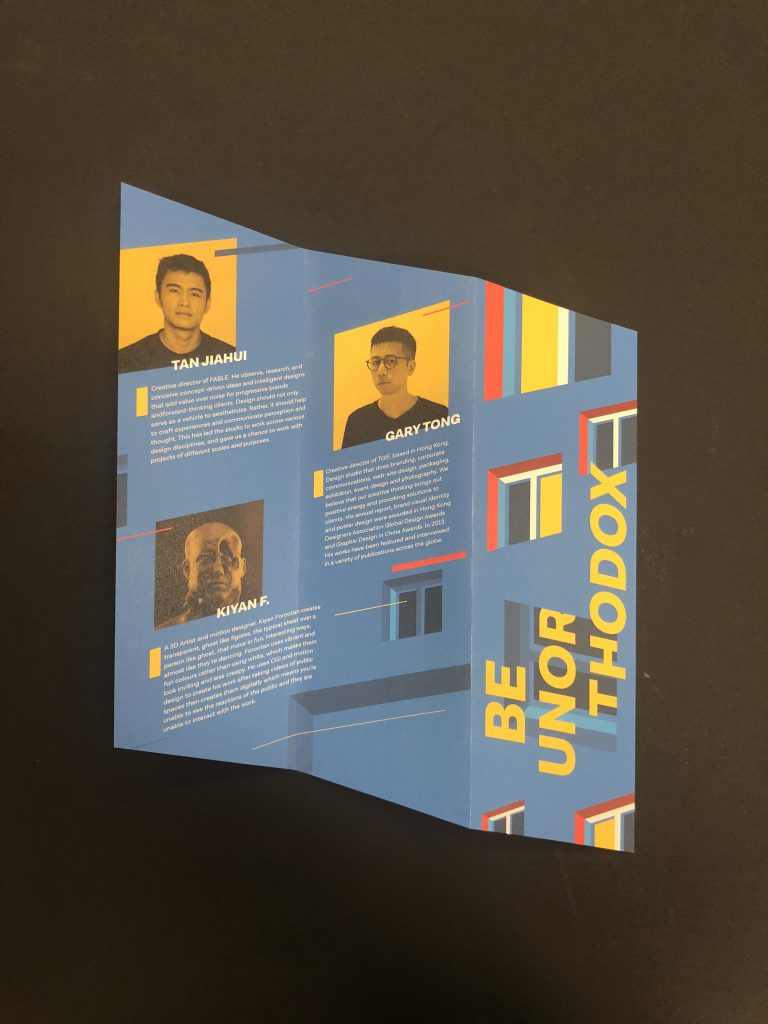 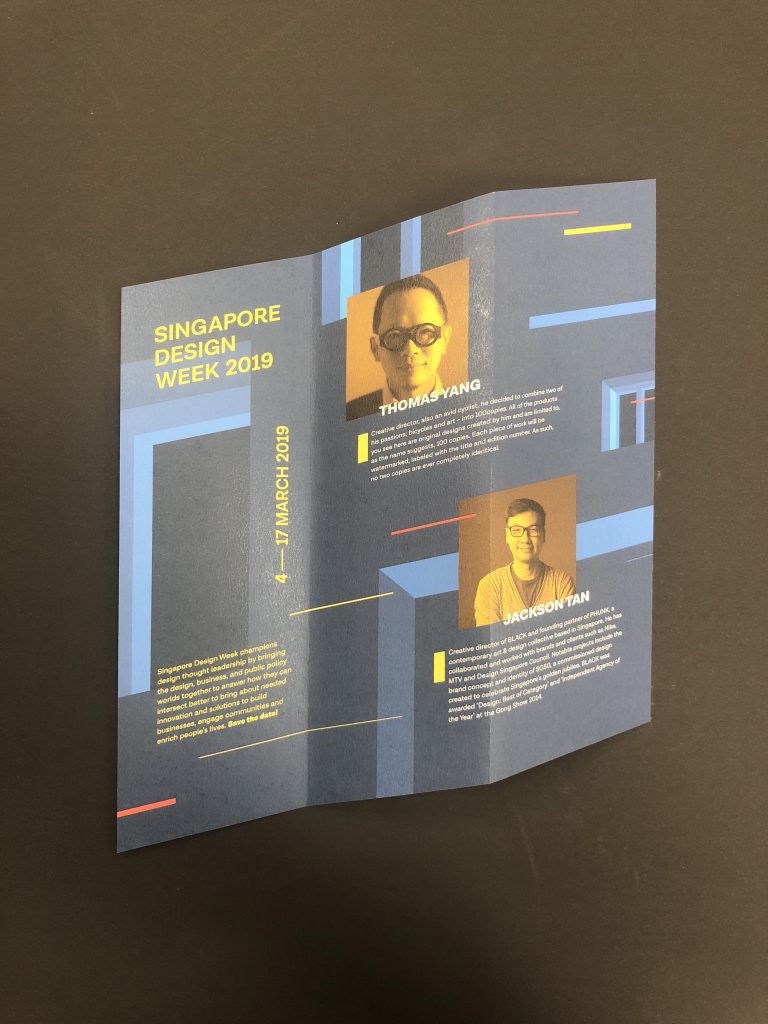 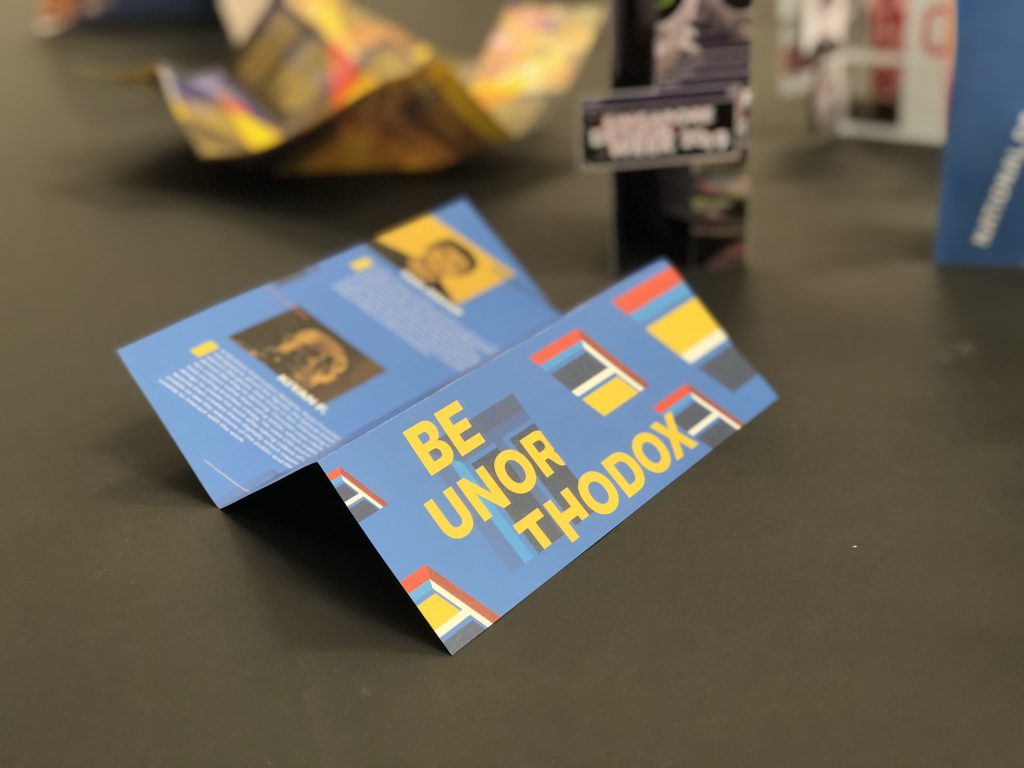 As much as there are so many different kind of paper folds out there, I personally chose a 3 panel z-fold for my final brochure design. Initially I thought we had to incorporate our whole poster in the brochure but turns out it is not necessary. 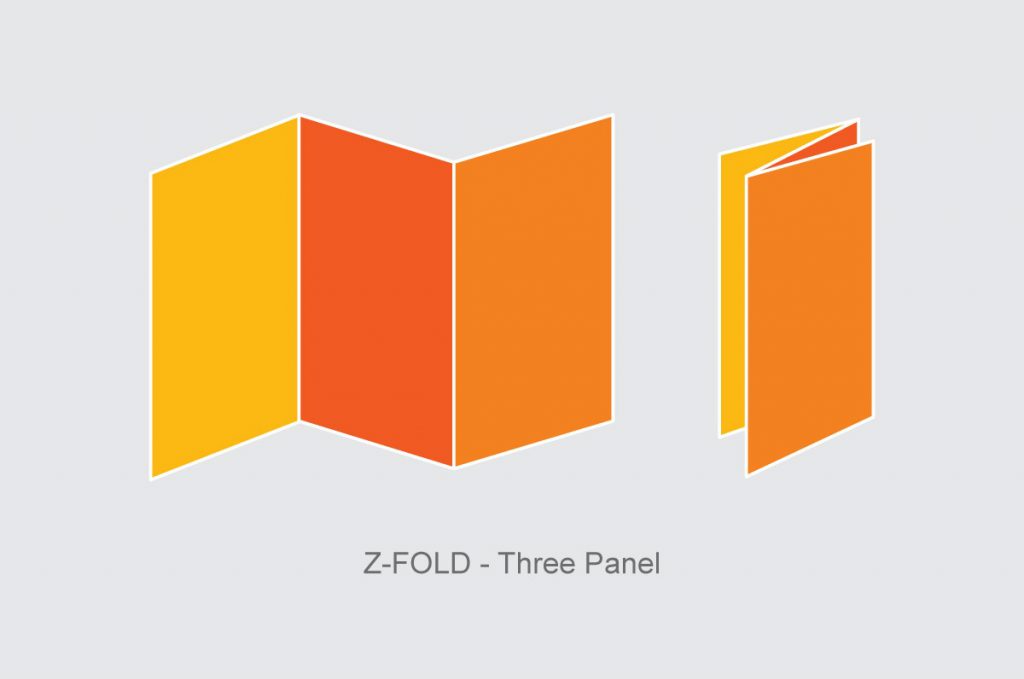 I didn’t want to exaggerate any of the folds or have any complicated die-cuts. I felt that the content within is much more important. But in order to make things interesting, I incorporated my skewed window shape the 3 panel z-fold to have a stronger relationship with my previous poster design. 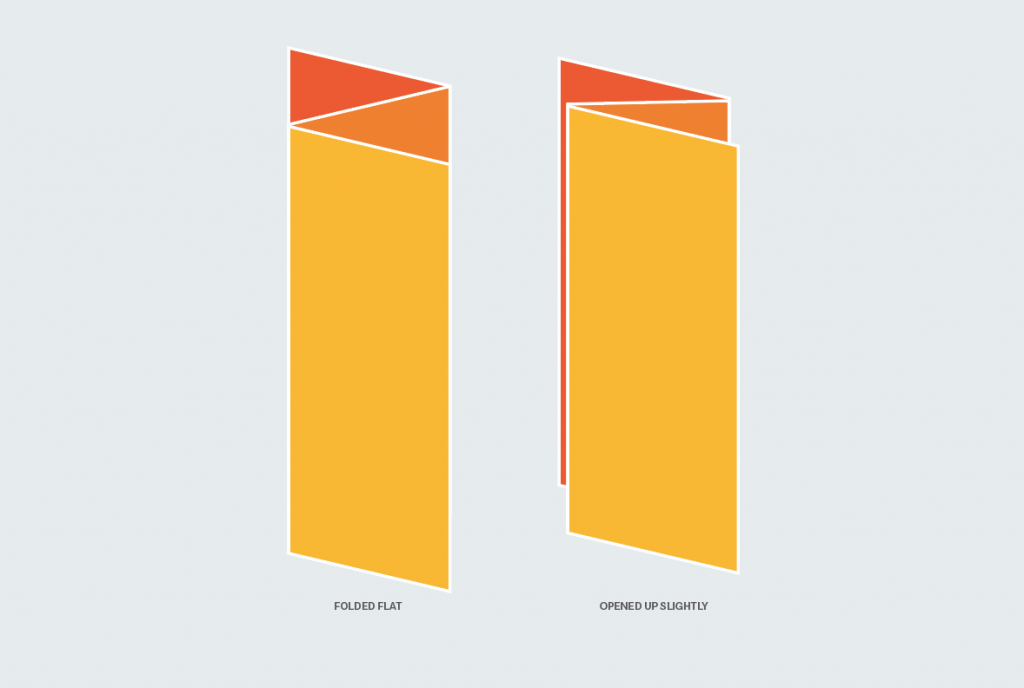 Having the shape of my window integrated into my brochure results in the protruding of  inner page and the back page. Hence I tried to play with all the elements and try to have kinda like a sneak peak of the inner and back page.

Initially I thought of showing a sneak peak of a lit window for the inner page, but it kinda failed miserably. The window doesn’t really show much and the red colour is also feels out of place.

I had my title to purposely cut across the second page but when it is folded in, my title looks like an error instead of a purposeful treatment. The front page was seem too empty and quiet for a front cover of a brochure.

The sneak peak of the brochure is much more clearer now with the illusion of 3 layers of window being seamlessly joined together. This creates a more enticing experience for the reader without having to open the brochure fully yet.

Instead of having the profiles in B&W, I’ve put a yellow filter on top of them so that now it has more relationship with the look and feel of the brochure. I’ve add the coloured windows at the front cover instead, and the title not cutting into the second page. I’ve also replaced windows with lines whereby the subtle hint of the windows are still kept remained. Small little yellow boxes beside each profile shows the emphasis as well. The artists names are taken out from the body copy and standing alone.

The information page are all in yellow to differentiate from the featured artists. Multiple lines with different weights cut across the page of the brochure to show the dynamics and also help to lead the readers’ eyes.

Overall it was quite an experience, and having only the basic technical skills wouldn’t bring me anywhere. Designing a brochure is not as simple as I thought it would be, the importance of the flow of information, the placement of the elements and especially the measurements. I’ve always try very best to break away from my comfort zone, my safest design style. Constantly reminding myself to break the grids, not to be afraid of exploring…. to BE UNORTHODOX. 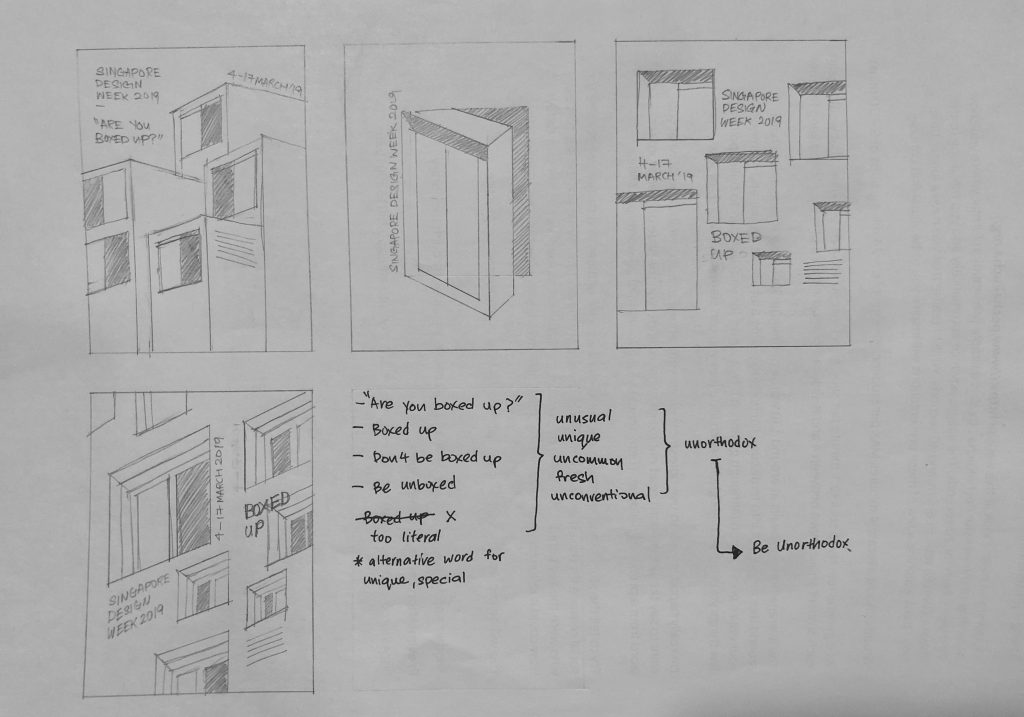 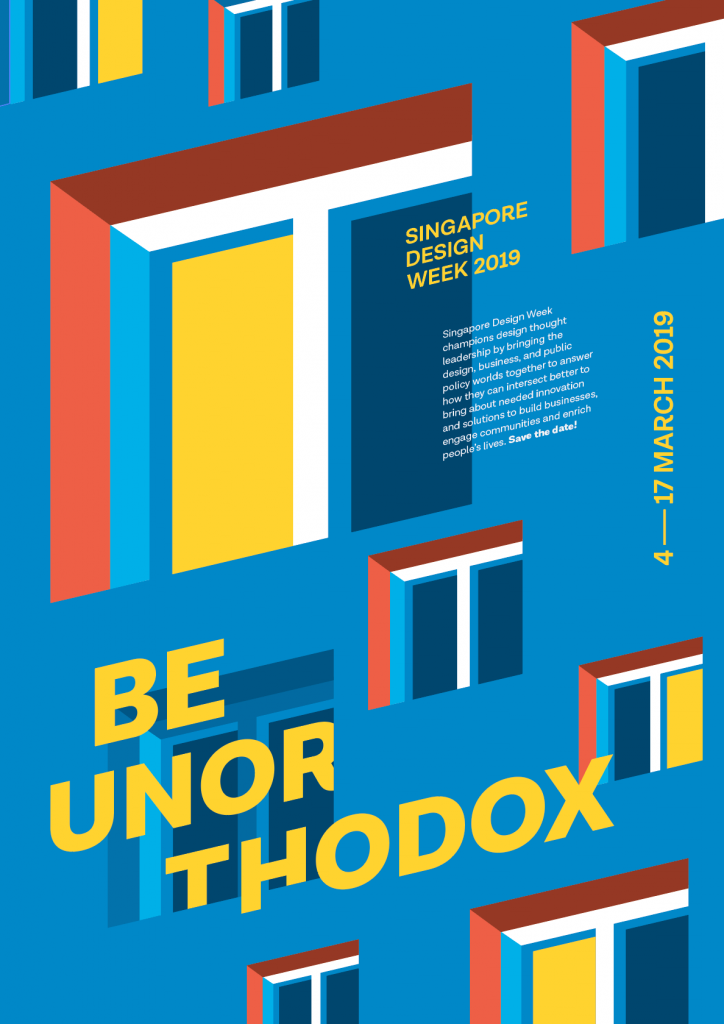