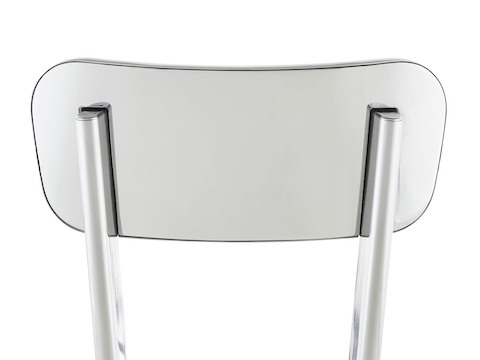 The concept behind Supernormal is to eliminate any “extras” from the object and focuses more on the functionality. The object is then reduced to it’s most form of simplicity. Instead of being completely disappointed and shocked by the fact that the aluminium stools Naoto Fukasawa had designed for the Milan Furniture Show in 2005 were plonked on the floor for people to sit on rather than being displayed on pedestals like the other new products , he embraced it fully which started the new art movement “Supernormal” with Jasper Morrison, a product designer. Where his views were much different on the whole incident at the Milan Furniture Show where the designer’s set of well designed aluminium stools could seamlessly blend into the environment. Jasper did not only praised about the furniture but also raved about how the stools are so subtle, yet distinctive. This is where, they started the movement of Supernormal together. This is also where the two designers share a common commitment to reinventing the principles of early modernism: technological innovation and fitness for purpose.

The design world has drifted away from normality; it has forgotten its roots and the basic notion that we designers are supposed to take care of the man-made environment and try to improve it. Super Normal is a bridge between the two worlds, an attempt to reunite them. (Jasper Morrison, 2006). In order to achieve Supernormal, the object’s visual aspects have to be less emphasized and the interaction between the object and the environment. One category is when you look at something normal and say, “That’s really normal”; these are the things that have permeated daily life, things in which we don’t find any element of design. (Naoto Fukasawa, 2006).

Jasper Morrison, empowering thoughts to surface, abstaining from making an “exterior” for the object, making things out of nothing. Rather, it is by monitoring what is as of now in the encompassing (Fukasawa, 2007). He portrayed Supernormal design as “absence of issues” (Fukasawa, 2007). The outline itself appear to have a facilitate that propose that the issue never truly existed, particularly lined up with Marcel Duchamp’s thought of “there is no arrangement on the grounds that there is no issue” (Fukasawa, 2007). There is a reasonable thought tapped onto the possibility of Supernormal design. They have positive climatic impact and naturally, they look intensely typical (Fukasawa, 2007). They are objects that we are so much familiar with and that we utilizes them without any consideration or hesitant. Supernormal design “plays on a more profound level of human sensibilities” as it charms to a regular information we as a whole have, in light of our mutual encounters. It is the experience of making sense of things with what we have and attempting to get by in our regular living environment (Fukasawa, 2007).

One of the most prominent work by Naoto Fukasawa was the CD player designed for MUJI in 1998. The CD player is such a simple appliance in home where no one else would give a second look to it, be it innovation or improvement to it. It’s just a CD player, but not for Naoto Fukasawa. He incorporated the design of a domestic extractor fan, the simplicity of the structures, the positioning and the operating system, a straightforward pull-cord which is used for on and off of the CD player. This creates an interaction between the CD player and the user whereby the user has to pull the cord for the CD player to play music. This is to guarantee that clients intuitively realize what the utilization of the item is. This, thusly, has turned into a standard outline factor filtered into modern plan in making electronic products and home appliances (Fukasawa, 2007).
I strongly believe that a good design does not only have to look good also be practical. A good product doesn’t always look that good and ugly products are usually more practical and useful in a way. Supernormal movement teaches us that a product’s functionality powers over everything. Like what Naoto Fukasawa would say “The objects that really make a difference to our lives are often the least noticeable ones, that do not grab our attention. They are the things that add something to the atmosphere of our homes that we would miss the most if they disappear. That is why they are supernormal” (Rawsthron, 2006).  Simple yet to be very user friendly.
Bibliography:
Nedgis, N.D. Naoto Fukasawa. Retrieved from: https://www.nedgis.com/en/designers/naoto-fukasawa
Bhan, N. (2008, March 23). ‘Jasper Morrison and Naoto Fukasawa discuss Super Normal Design’ Core77. Retrieved from: https://2021supernormal.wordpress.com/dialogue-defining-super-normal-jasper-and-naoto/
Fukasawa, N. (2007). Naoto Fukasawa. Phaidon
Rawsthorn, A. ( 2006, June 11). Celebrating the beauty of ‘super normal’ little objects of daily life, International Herald Tribune. Retrieved from: https://www.nytimes.com/2006/06/11/style/11iht-dlede12.1944160.html