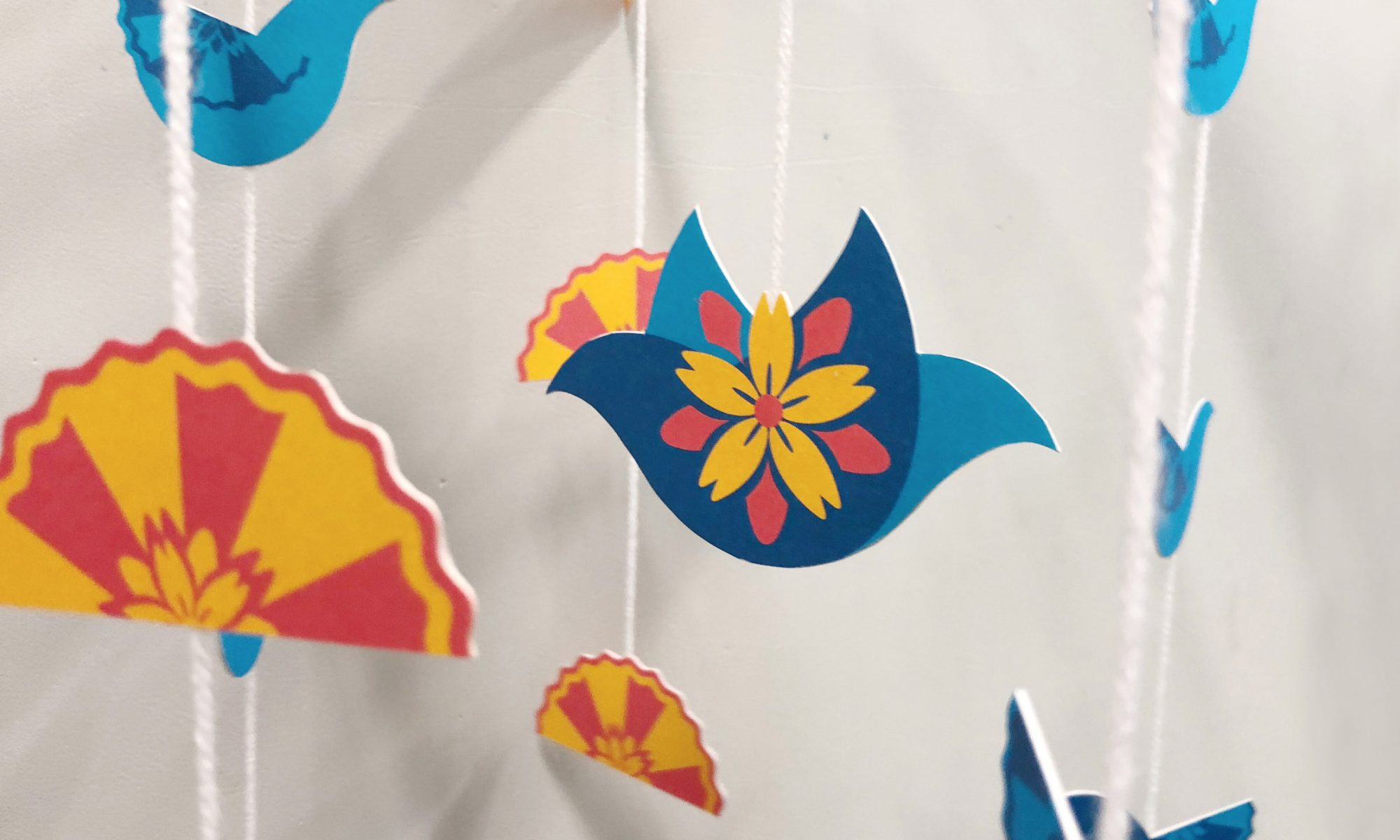 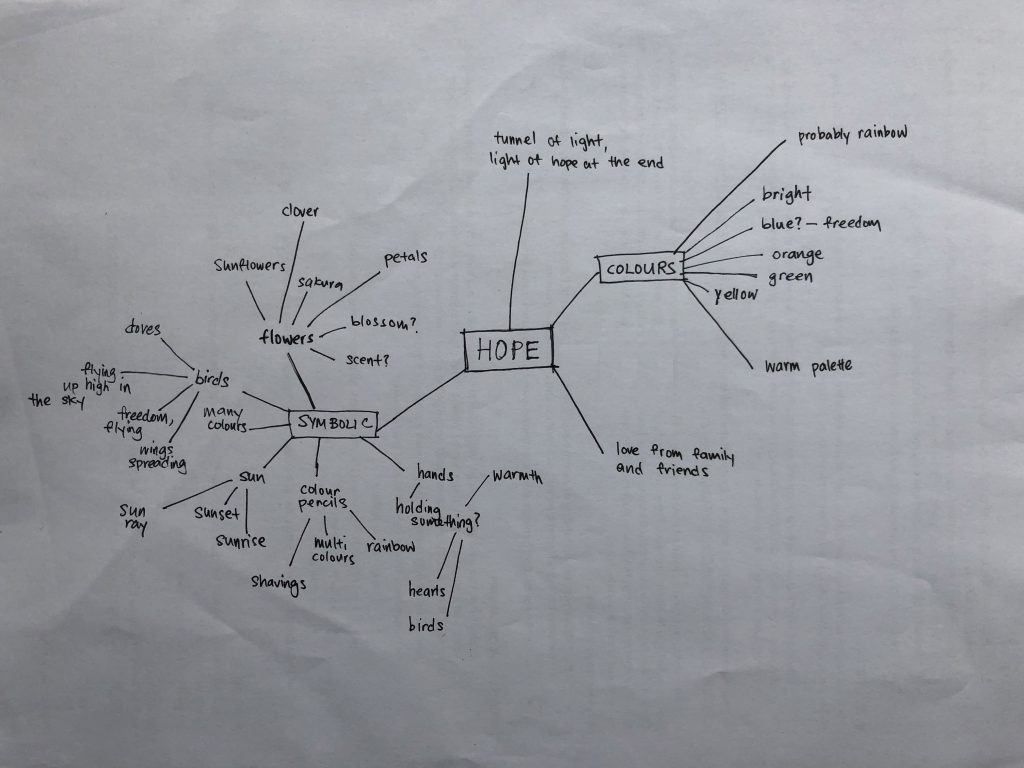 Sakura are also revered as a symbol of rebirth. The Japanese, believed that sakura represented the mountain deities that transformed into gods of rice paddies, hence cherry blossom trees signified agricultural reproduction. 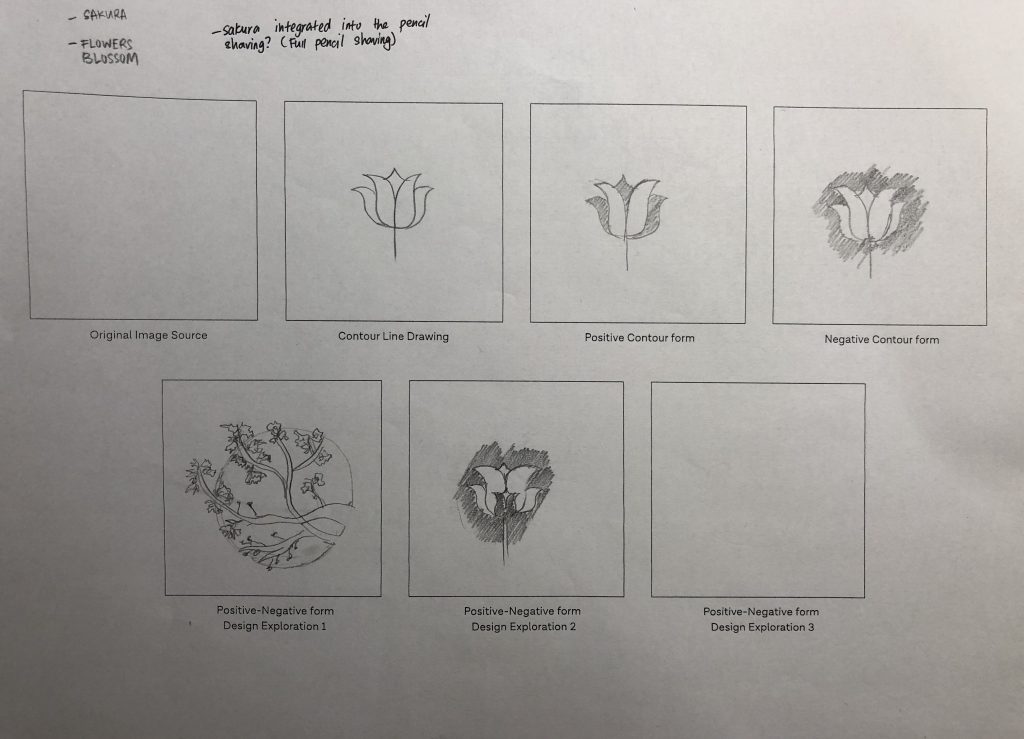 Idea one; initially I wanted to emphasize only on one sakura, the simple form of a sakura. I wanted to portray hope by using the idea of flowers blooming in the sense of a rebirth, a new life. My first exploration was to have a part of a sakura tree growing out of the circle instead of containing them within it, sort of portraying it’s growing “out of the box”. Second exploration was to have a sakura within a sakura, where a flower is growing within another flower, to portray another new life is soon to blossom. 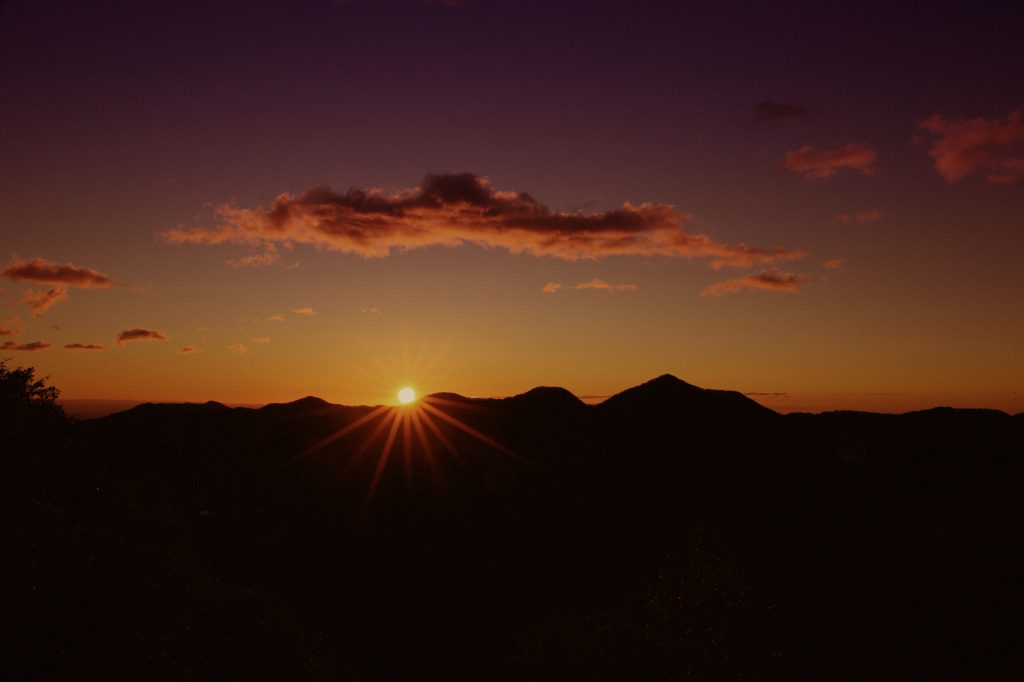 Sunrise represents a start of a brand new day. A fresh new start, that gives hope for the person. A heartwarming sunrise, and looking at how the sky slowly changes colour.

Colours often represents like ‘adding life’ onto something dull be it drawings for kids or metaphorically. 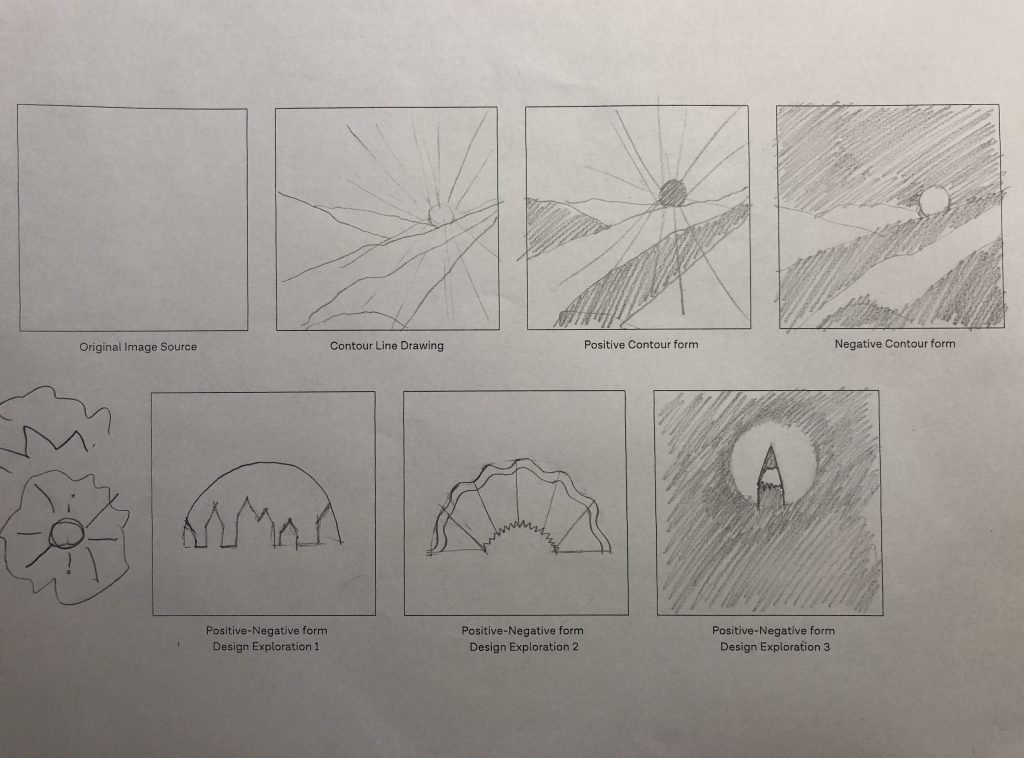 Idea two; initially I only thought of purely just sunrise and how to develop a simple form from it. While I was also exploring into colour pencil shavings, I realised the semi circle has the exact form of a sun viewed below the horizon. For the first exploration, I have tried integrating a the skyline into the sunrise to create the foreground and background effect. Second exploration was to have the colour pencil shavings in the form of a sunrise. Third exploration was to have the outline of a pencil inside of a circle which represents the sun.

I have tried exploring the sakura into the colour pencil shavings. Also different types of sakura motifs as well.

The fourth sakura motif was the most applicable out of the rest, and it fits really well into the pencil shavings.

Idea three; I played with the simple form of flying doves. Birds soaring up in the sky defines freedom. First exploration was the idea of “yin and yang”, having to doves placed side by side and playing with the positive and negative space.

The feedback was to explore more of the doves and how they can be integrated together with the flowers instead of hanging on individually. 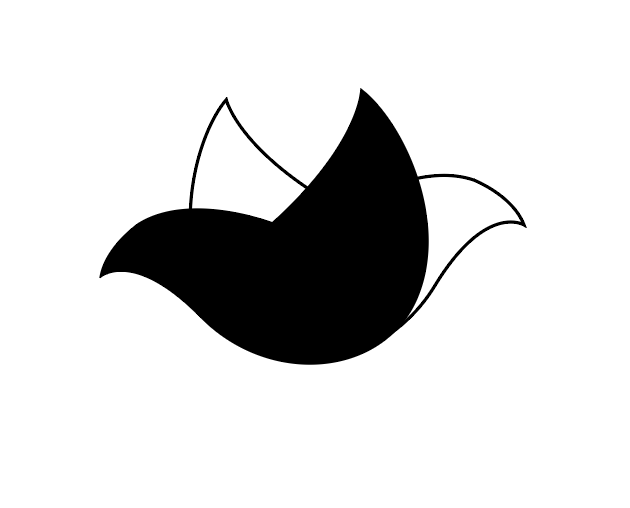 The doves were then even simplified into individual doves, black and white. As I was exploring with the placement, when the two individual doves comes flying together, they form into a flower. Also creating the foreground and background effect. 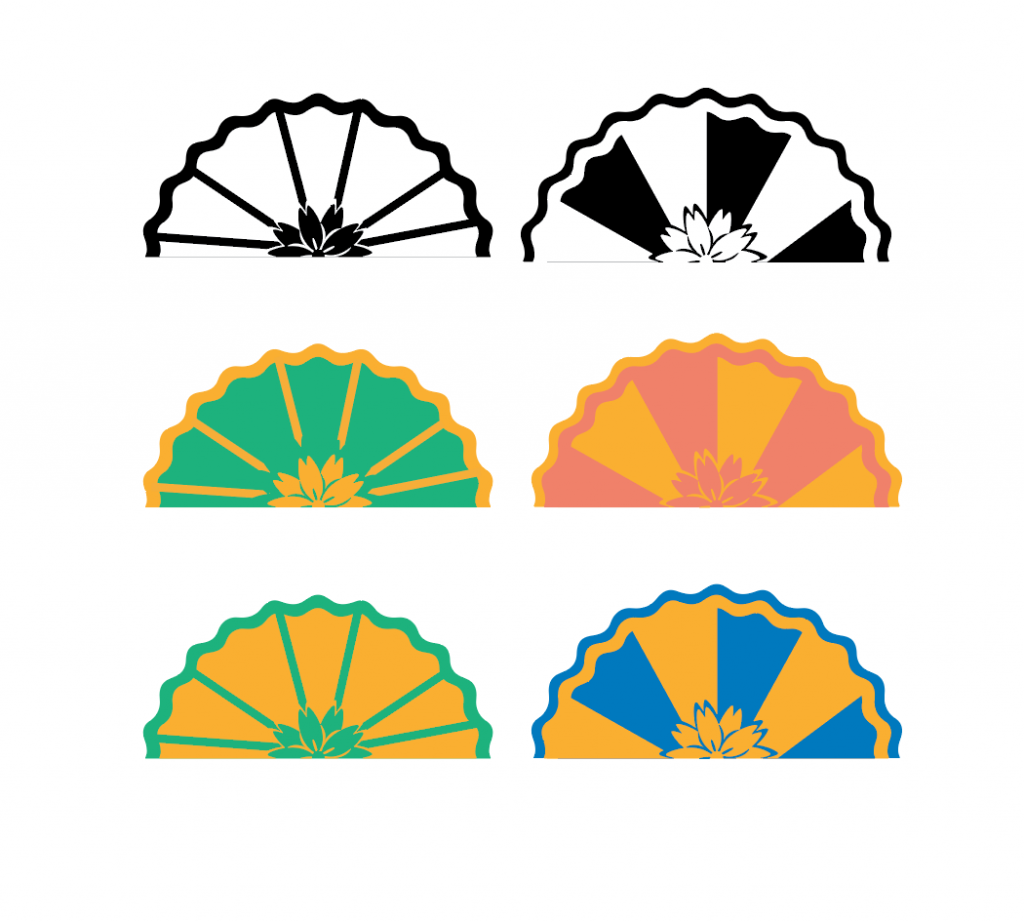 The green and the orange didn’t really work out with the other two palettes. So in the end the final colours I chose was,

complementary colours of red and blue,

analogous colours whereby I explored the different shades of red and blue. 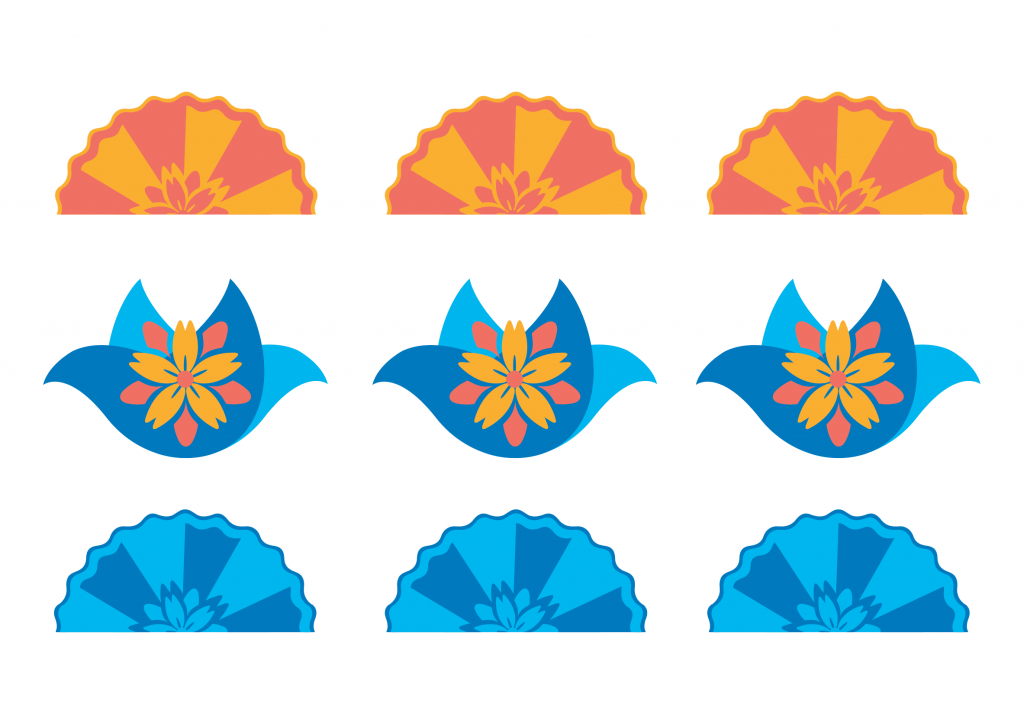 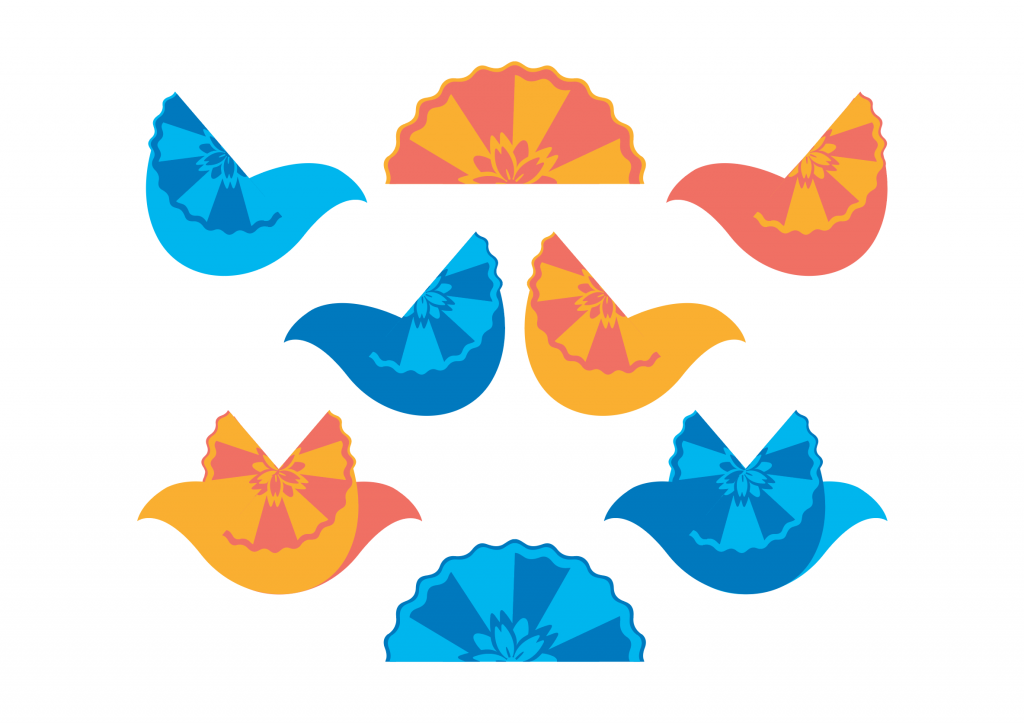 I integrated the sunrise pencil shavings into the doves as part of their wings as well.