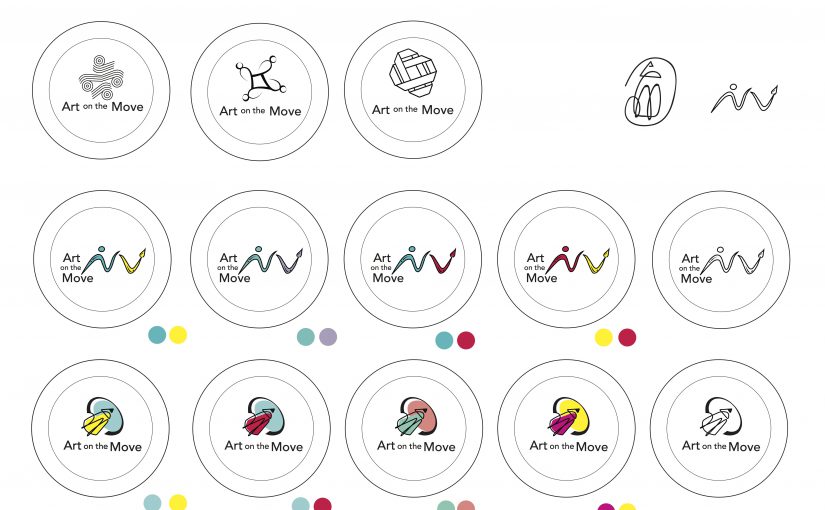 After the feedback gathered in class, I made some changes to my pencil design such as making the swoosh downwards instead of up and integrating an element of “community” in the design. 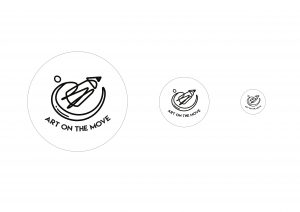 After more feedback from Michael, I decided to add more visual weight in my design and change the text font as well as orientation. 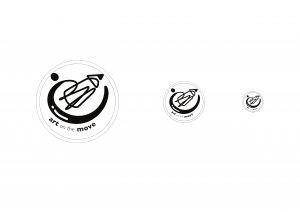 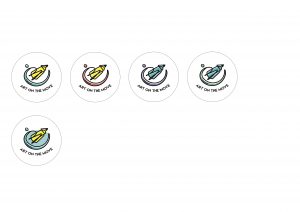 I played around with analogous colour schemes such as blue and green, orange and yellow as well as contrasting colours like yellow and blue to bring some vibrancy in the design. However, I felt like the colours felt a bit too “contained” within the black lines. 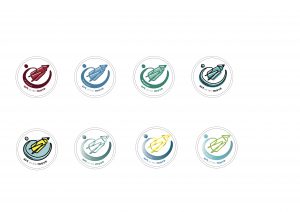 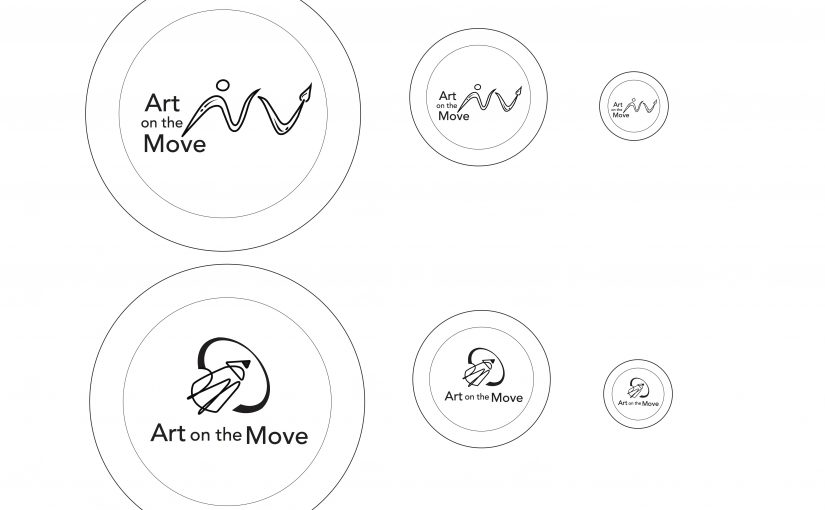 After conceptualising the possible themes I wished to explore, I went more in depth into the possible logo designs.

Initially, I was really interested to do my first concept which was ” A sense of familiarity” so I did a table based on a class exercise we did to explore the possible visuals I could come up with. It was really difficult and I found it hard to simplify the sketches or connect my concept with the mission and spirit of the programme. 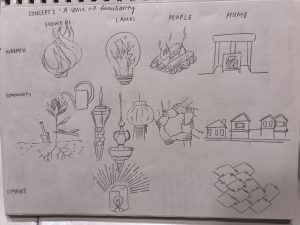 I was really interested in the idea of lamps and I tried to combine the idea of 3 ethnic groups represented by each lamp. The concept was that light gives a sense of warmth and home as well as encapsulates the passion and spirit of the community. I also tried to incorporate some batik or traditional motifs into the designs. 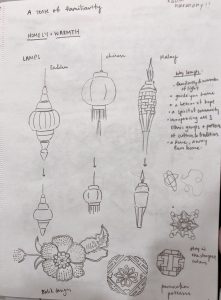 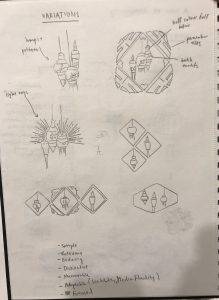 I played around with the different orientations and arrangements of the lamps. However, after feedback from the class and Michael, I realised that my designs came off more “cultural” and “racial harmony day” rather than “arts on the move”.  Michael mentioned that one of the pattern motif I drew looked quite interesting so I decided to explore further and see how I could incorporate “arts” into it while simplifying and making it look more like a logo.

Peranakans retained their Chinese beliefs but also adopted local indigenous lifestyles such as having their own variations of the Malay language, Baba Malay. The culture also focuses a lot on family unit, an important facet of the peranakans and family members are usually found living under one roof. I felt that it was reflective of the mission and spirit of this programme, which was to bring people together through art and build a community regardless of one’s background or culture. 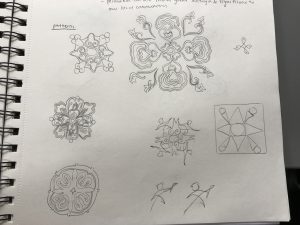 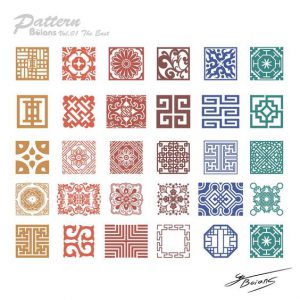 However, yet again, I struggled greatly with simplifying and showing the essence of “art” in the logo. So, I picked out the key idea and shape I wanted which was a circular structure, drawing on the idea of a community, family and interconnectedness. I explored many weaving and interlocking designs. 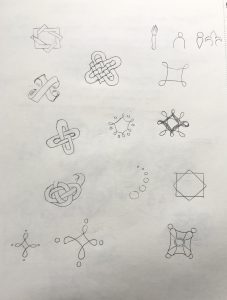 However, I still found it hard to show the “arts” element. I was afraid my designs would end up looking more “community centre” or “social service” like. As desperation drew close, I decided the best way was to not overthink and just show the obvious, which was to incorporate pencils and paint brushes. However, I felt it was the best way  for the logo to stay relevant, distinctive and focused. 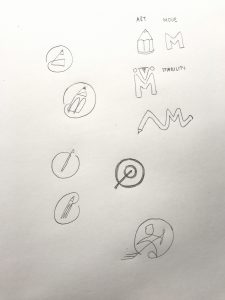 I stayed with the idea of community and interconnectedness while adding a bit of fun and quirky-ness into my designs. One big lesson I’ve learned from this process would be to just not over complicate things and overthink my concept, but rather just let the visuals speak for themselves 🙂 Moving forward, I will digitalise my designs and play around with scale, lines and perspective to see what I can come up with. 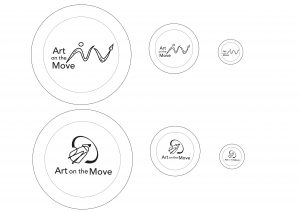 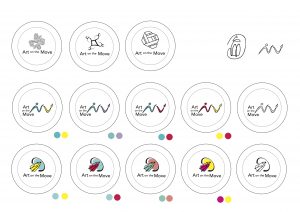 Feedback that I gathered after class was that the design with the paintbrush was too “spread out” and I had to put the brush with the person together in order to show some form of interconnectedness and integration.

As for the second design, the pencil was too big and perhaps I could make the community aspect show through better. Some suggestions were to bring the circle down to the bottom rather than covering the top and maybe show some human forms in the design.

I also did some mock ups for the colour schemes based on analogous and complementary colours as seen above.