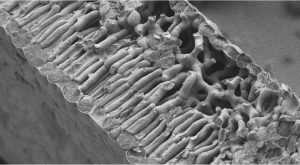 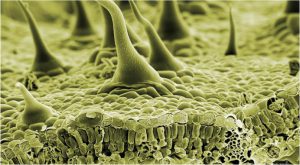 For this project, we had to construct a sculpture from an SEM of our choice. The SEM i chose was of a black walnut leaf as seen above. I chose to recreate the cross section of the leaf as the texture and holes were quite interesting to work with. 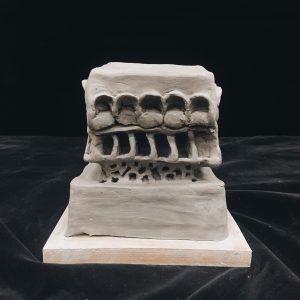 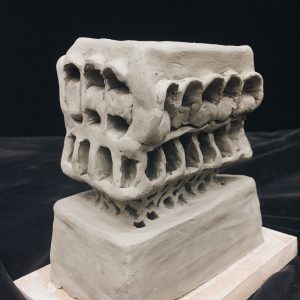 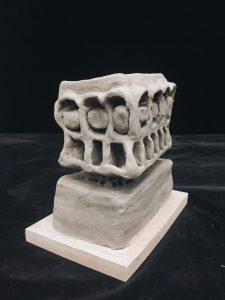 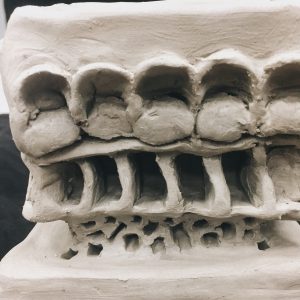 I used clay as it was easier to mound and crave into the shape i want. 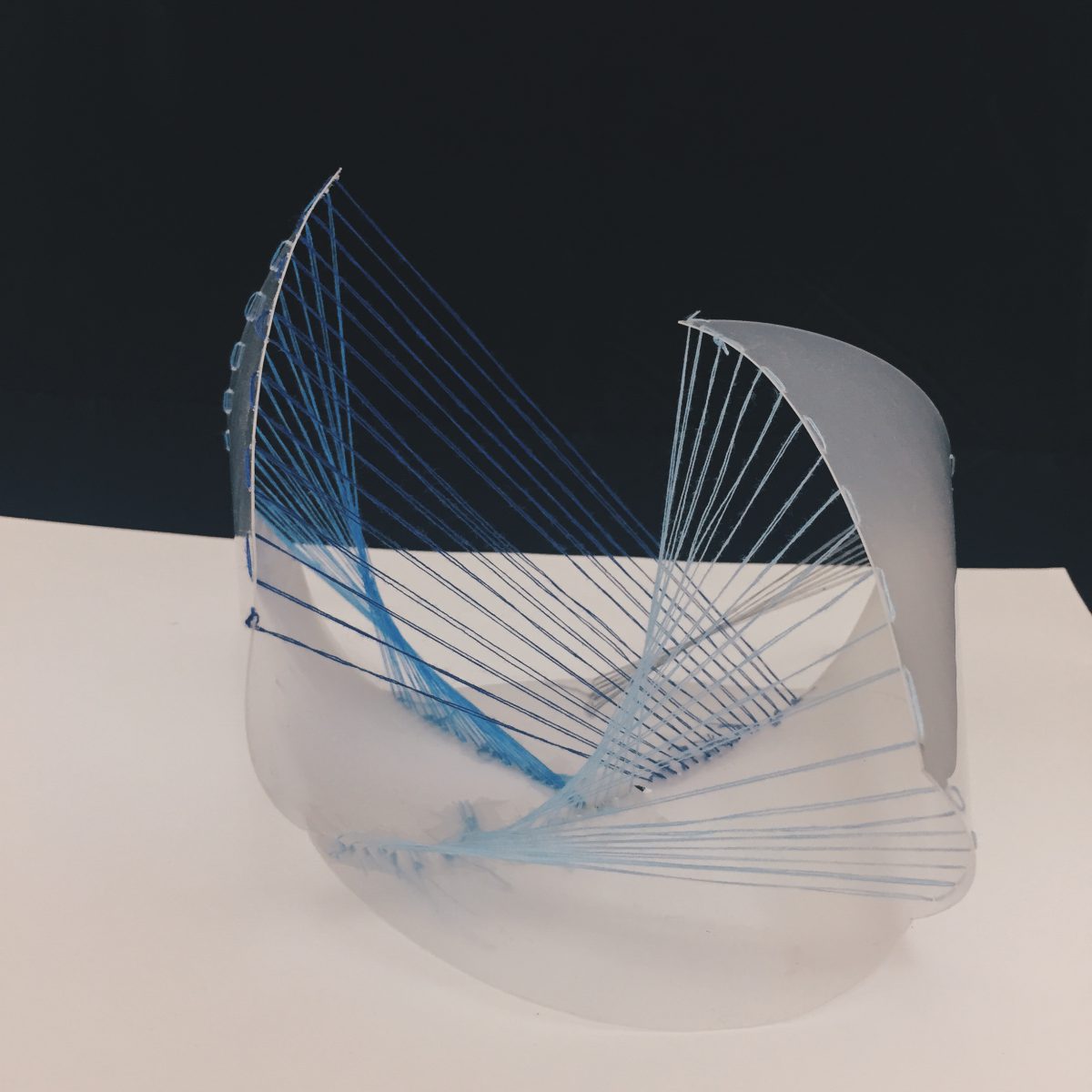 For our second project, we had to create string scupltures using plastic sheets and thread. I first started out experimenting with shapes to create planes for the ” skeleton” of my sculpture.

The first model was done using vanguard sheets and thread. I drew two diamond shapes attached to a circle and poked holes along the edges of the diamond and threaded it to the diameter of the circle. Initially, I wanted the thread to interweave in between one another but it failed as it was hard to do so without the thread disrupting one another ( as seen in the second picture). Despite this setback and the flimsiness of the paper, I really liked the structure of it as a whole and proceeded on to my final model. 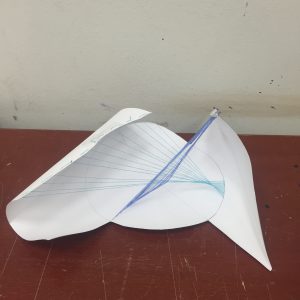 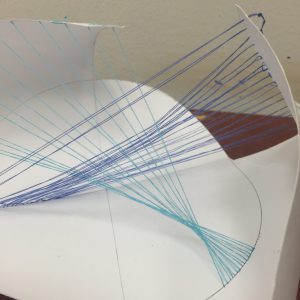 The final model was definitely much firmer and the tension between the strings were much easier to achieve. I started out placing a paper at the base of the structure so that it was easier to mark out the points I wanted to thread. 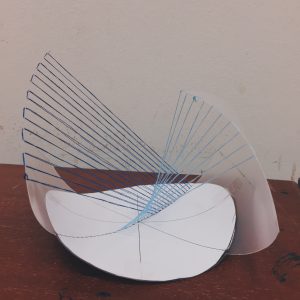 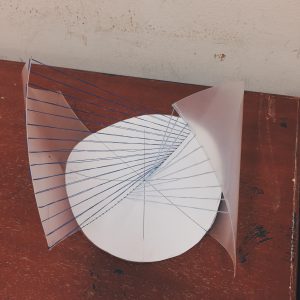 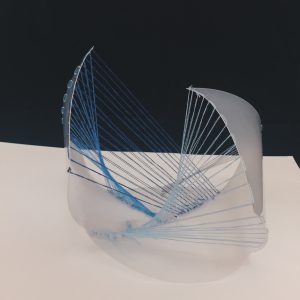 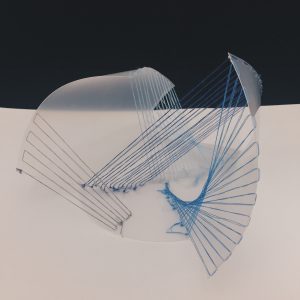 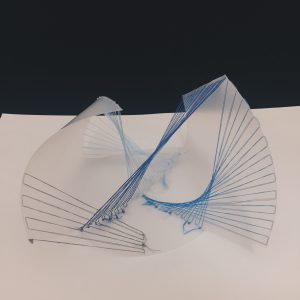 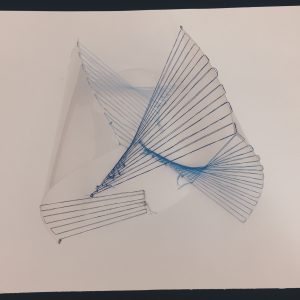 Overall, despite the tedious process, the results were definitely rather fulfilling and I wouldn’t mind attempting this again for future projects.