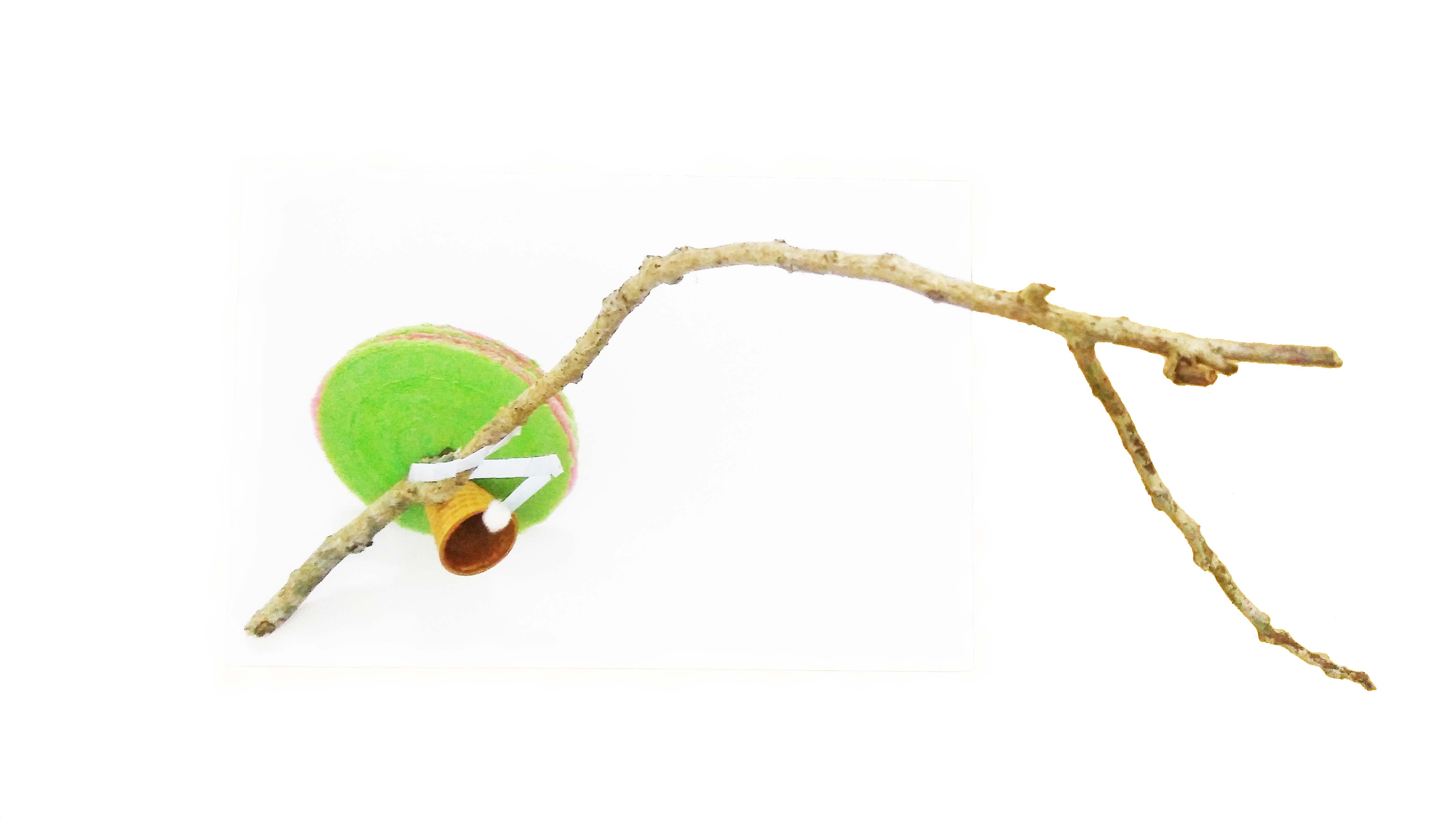 Shin is represented by the branch (dominant); reaching skywards.

Soe is represented by the blue paper strip (Sub-ordinate); man-made material. It brings the Shin and Tai together, literally men being between the heavens and the earth.

Tai is represented by the cone (sub-dominant); brown for the earth. Also the use of the ice cream cone relates to ice cream (because ice cream melt and I cannot use it for the ‘Ikebana’); is to refer to the cool weather during spring.

Also the park had an incredible playground that attracted a lot of children. So the use of ice cream and biscuits is for the juvenile impression.

The white cotton ball (sub-ordinate) has a soft appearance representing the Sakura flower buds during the Spring season. Because during my trip there the flowers were all barely opened and were mostly white and very few pink.

The layered of pink and green piring wafer biscuit adds the colours of the park to the ‘Ikebana’. It also helps unify and bring harmony to the entire sculpture.

Elements can be shifted more to the edge for viewing of all angles. 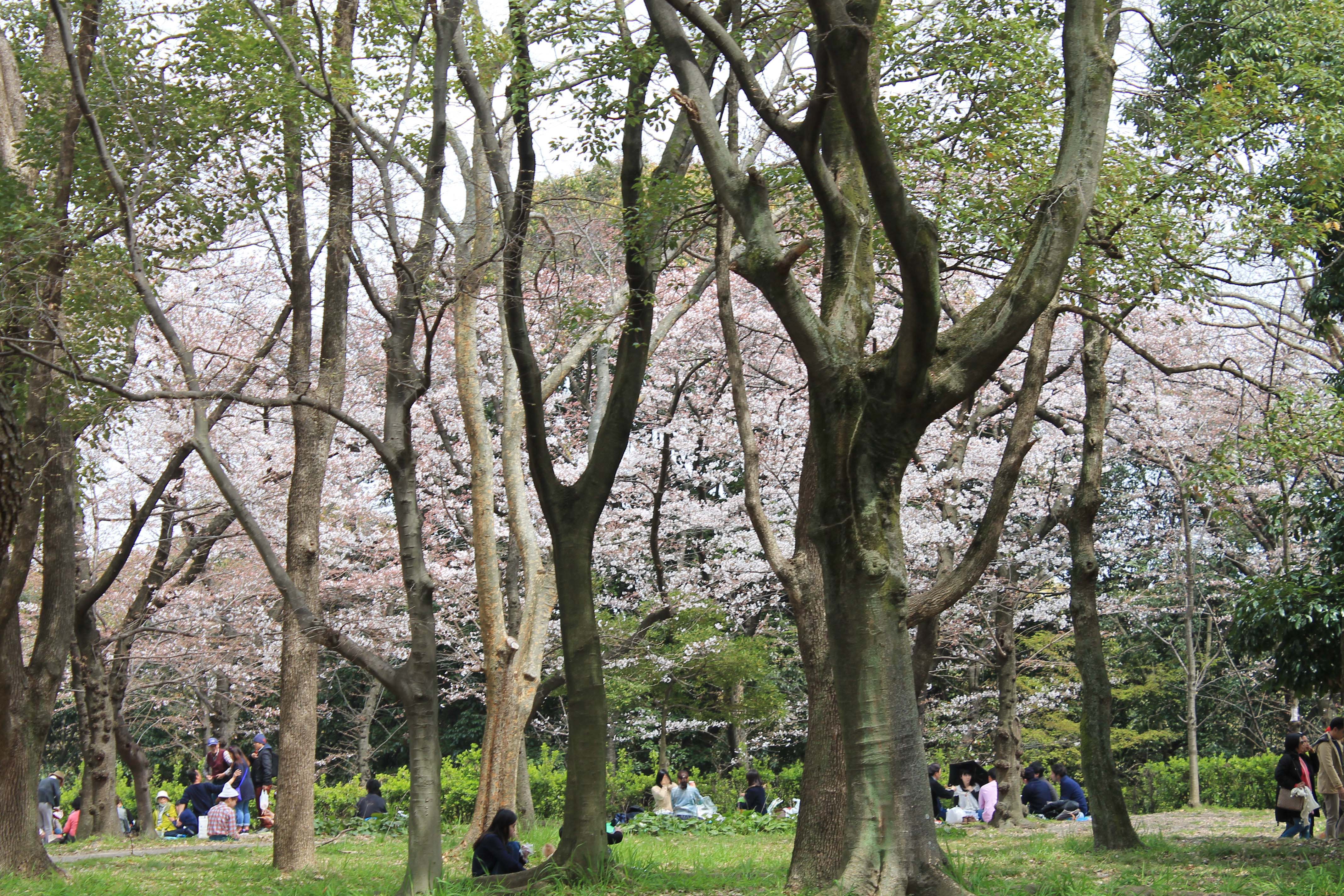 A traditional arts from japan that is practiced for more than 600 years. It originated from the Buddhist ritual of offering flowers the spirits of the dead. By the middle of the fifteenth century, with the emergence of the first classical styles, ikebana achieved the status of an art form independent of its religious origins, though it continued to retain strong symbolic and philosophical overtones.” (“Ikebana International”. 2017)

As time passed, ikebana became a major part of traditional festivals, and ikebana exhibitions were held periodically. Rules were prescribed, and materials had to be combined in specific ways. In these early forms, a tall upright (indication of faith, to the heavens) central stem had to be accompanied by two shorter stems; the three stems represented heaven (shin), man (soe), and earth (tai). (“Ikebana International”. 2017)

Rikka symbolized the mythical Mt.Meru of Buddhism and reflects the magnificence of nature in its display. (“Flower Arranging | Godai Katsunaga”. 2017)

I find that the dominant, sub-dominant and sub-ordinate is very obvious in this style.

I like the Ikebana’s composition like the above ; with a branch hanging precariously to the side. It seems to defy gravity – standing with no support at all.The different direction in which they are pointing that creates a much more interesting arrangement. Also the curvy branch is in contrast to the stiffer and rigid flower stems to the left. 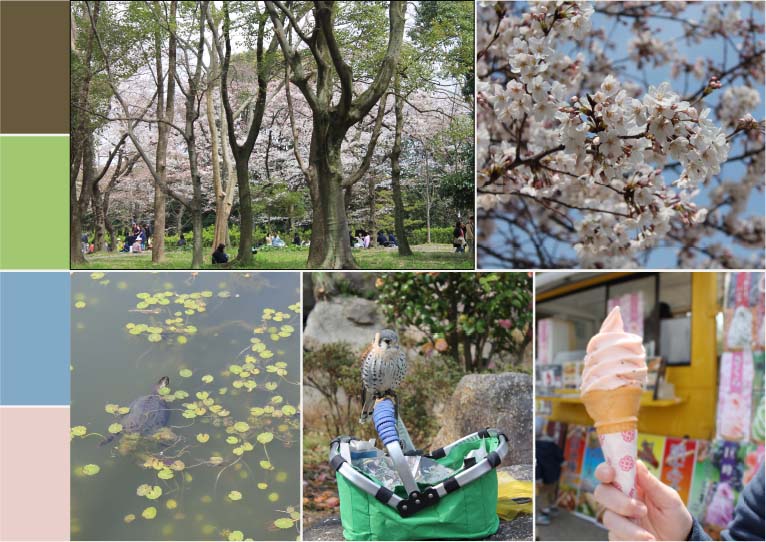 The mood board is made of images that I took from my Japan trip in Spring of 2016. (How lucky I was to picked the Spring season.)  The tones during spring are very cool. The earthy pastel shades reflecting the soft and mild weather. 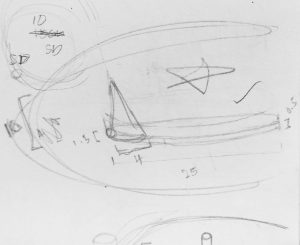 I planned out the dimensions to avoid making similar volumes. The circumference of the sphere is around 1/3 of the base of the cone. The height of the cone is 1/3 < x< 1/2 to the diameter of the cylinder. 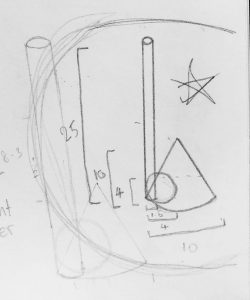 Although the proportions were approved, I can’t help feeling that the cylinder and cone are fighting for dominance. Perhaps I should lengthen the cylinder more. 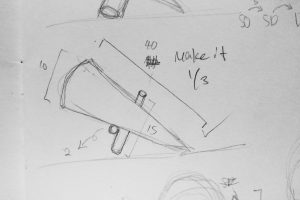 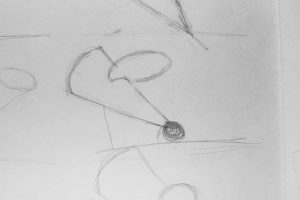 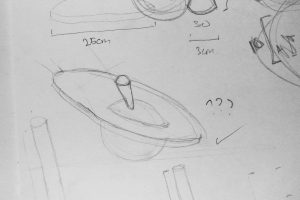