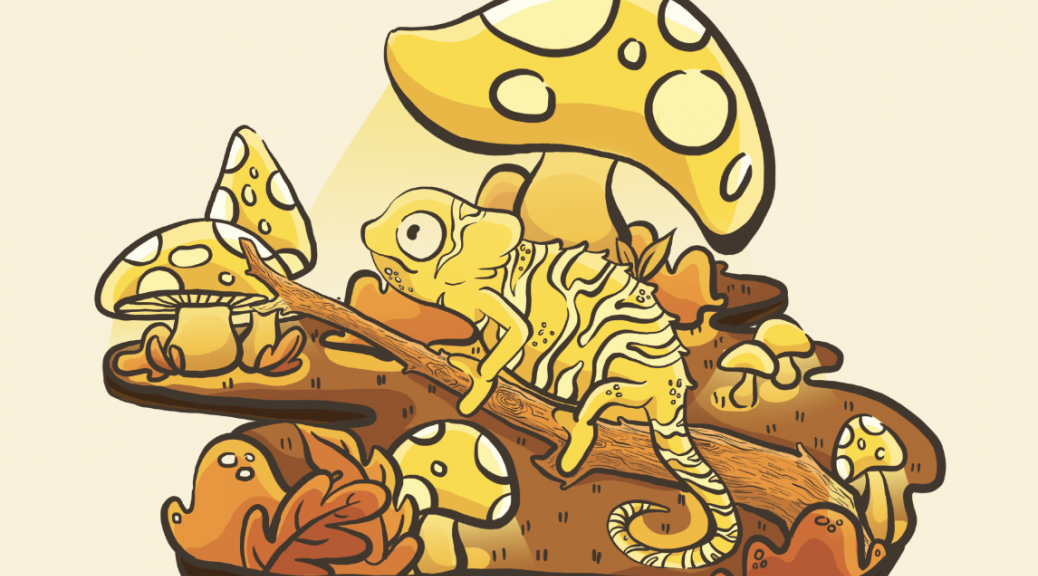 I wanted by deliverables to be catered around children while relating to my previous illustrated book. While I was researching for the next deliverable, I came across a soft toy called worried eater.

The idea of this toy was for the kids to write their worries onto a paper, crush it up and feed it to the doll. I wanted to have a similar concept, where the children can subtlely tell their emotions to their parents.

So I decided on a mood lamp. Since children are often afraid of the dark or the monsters under their bed, the addition of this product to their room would be natural.

I wanted to have three mood yellow (happiness) blue (sadness) and red (anger). Depending on the mood different mushroom would light up, creating different ambience and moods. 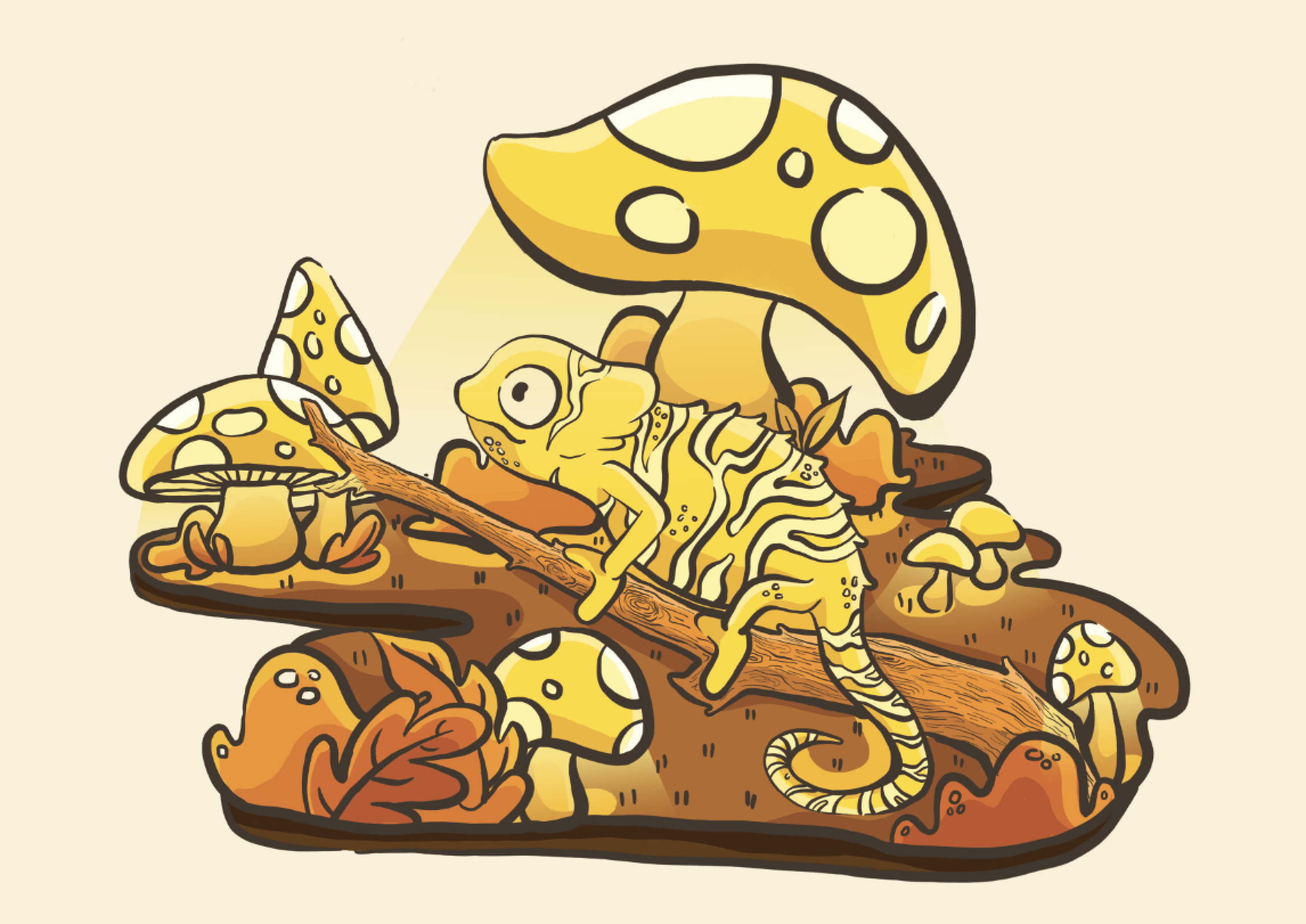 For the yellow setting, all the mushroom will light up, creating a bright and light atmosphere. 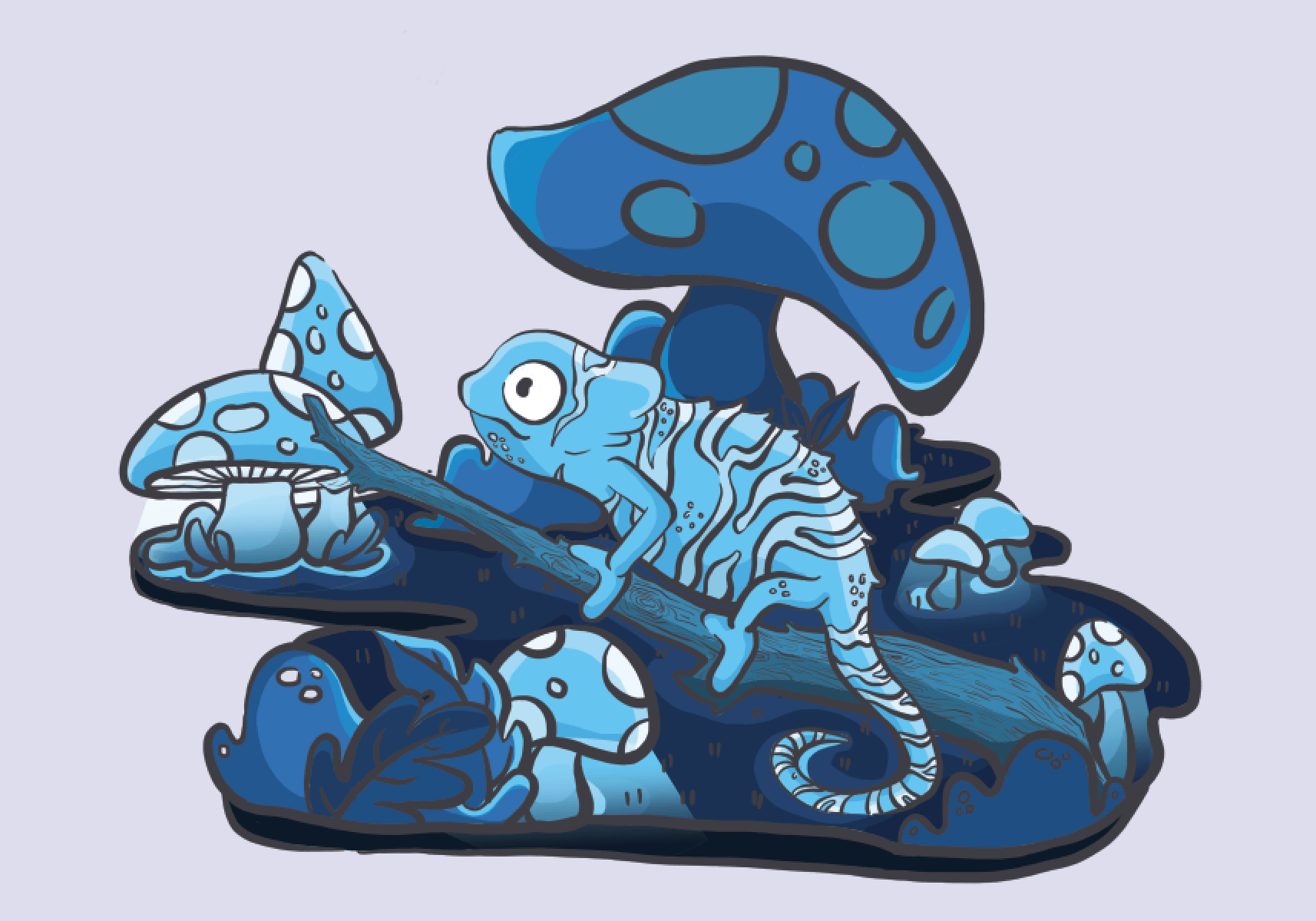 for the blue setting, only the surrounding smaller mushroom will light up, casting a soft and melancholic glow onto the chameleon. 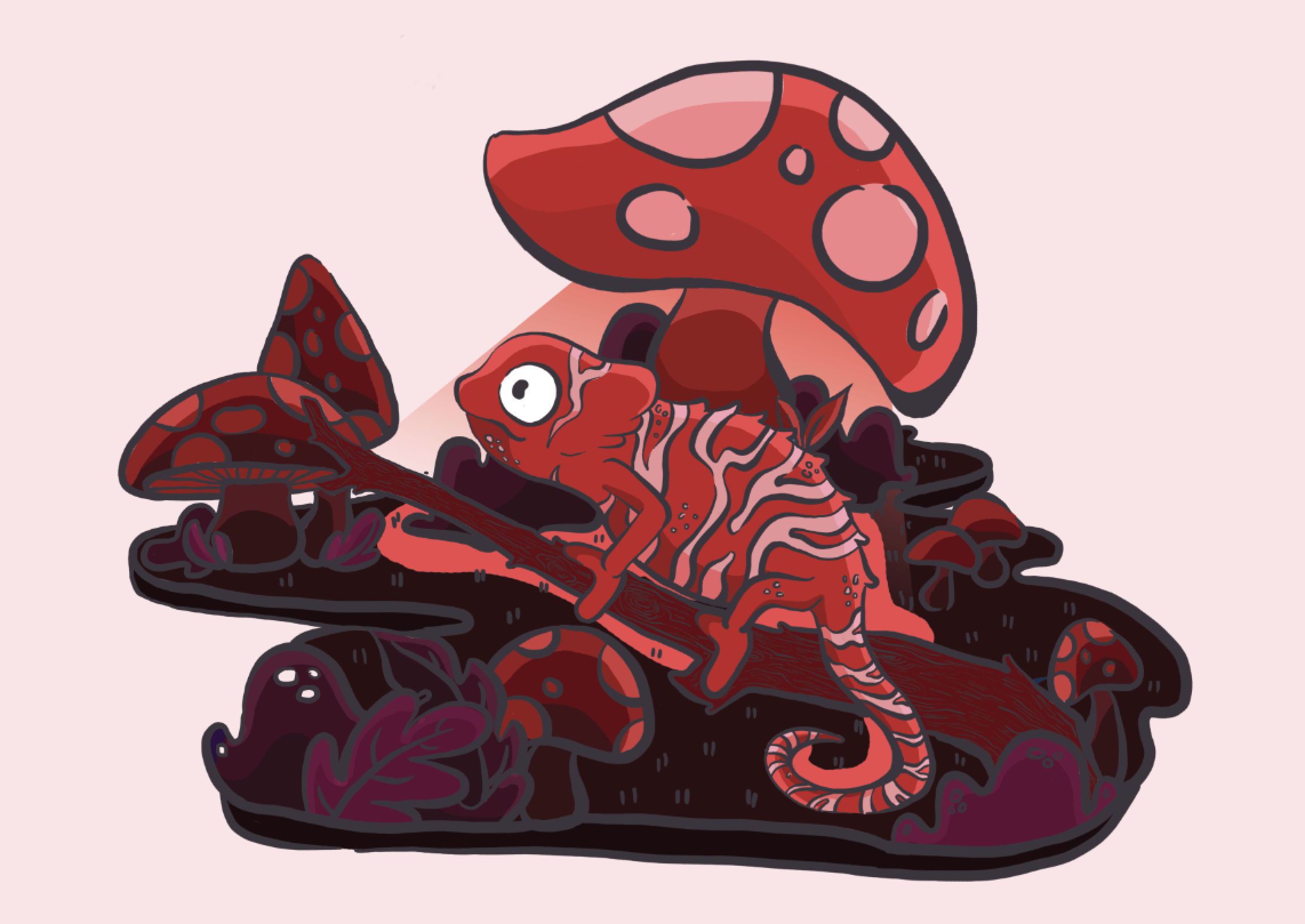 for the red setting, only the biggest mushroom will cast a direct light onto the chameleon. This harsh lighting gives it a rather fiery feeling.