My story revolves around the theme of Adolescence, where it focuses on my Teddy bear’s memories. It talks about her journey in the place she is most familiar with; the bedroom. The setting takes place at her owner’s University dorm bedroom.

In the past, as a child, the Teddy is a constant best friend for her owner. She is also the ‘protector of the night’, defending her owner from the monsters she is afraid of as a child during night time. They do everything together, rarely apart.

However, her owner grew up. She stopped being afraid of the monsters beneath her bed. She plays with her Teddy less now. She is bogged down by school commitments and studies, and often comes home late, spending long hours outside of her room.

Teddy was still taken to her owner’s University dorm bedroom, but she gets even busier. Teddy misses her owner, and even though she no longer needs to protect her owner from her childhood fears or to entertain her owner, she still wants to do something for her. She wants to make her owner happy even though it does not get to spend much time with her anymore.

This journey revolves around the bedroom, where the Teddy is confined to; she never leaves the bedroom. Yet, it is her whole world because it is where she spends the most time with her owner. 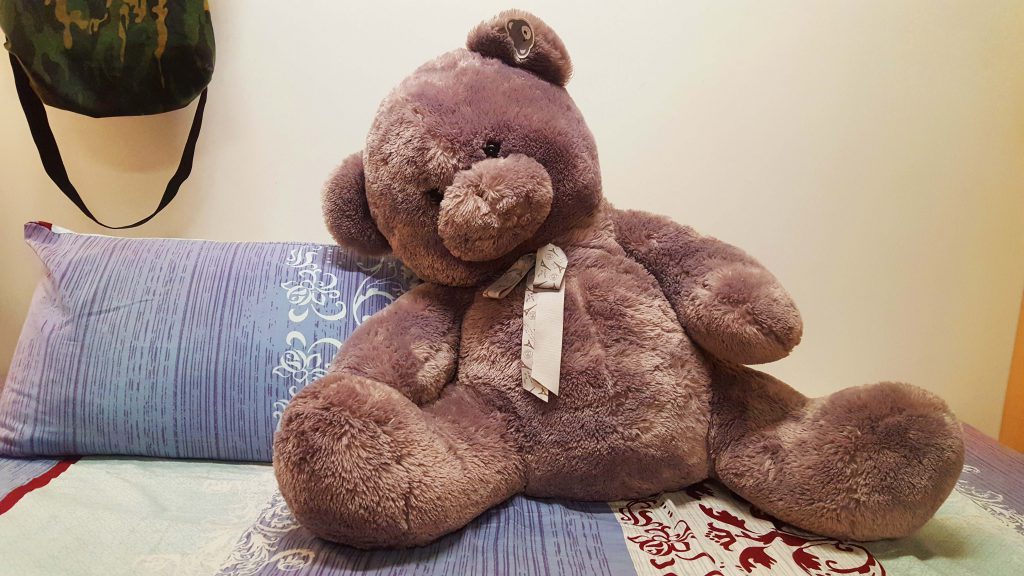 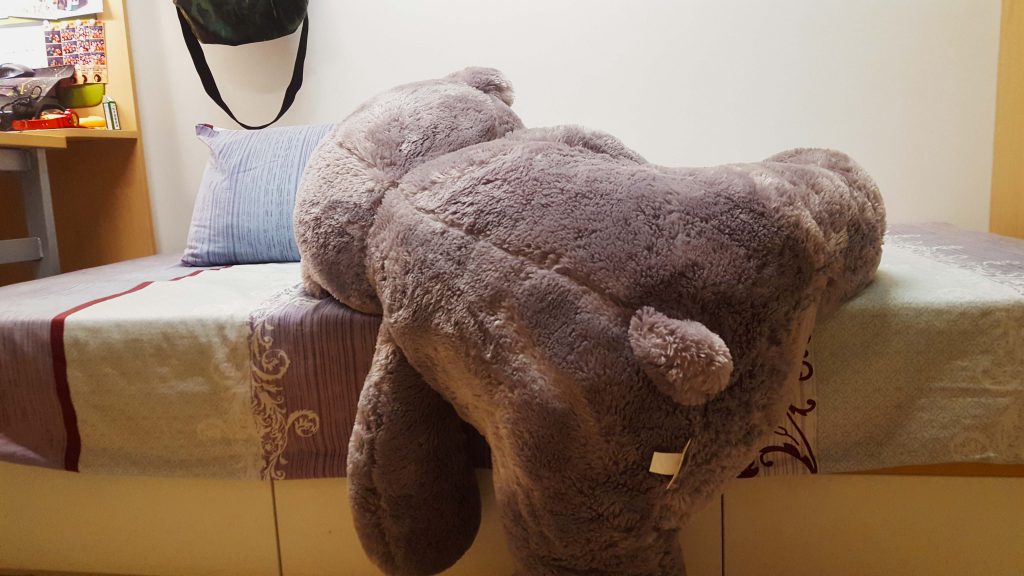 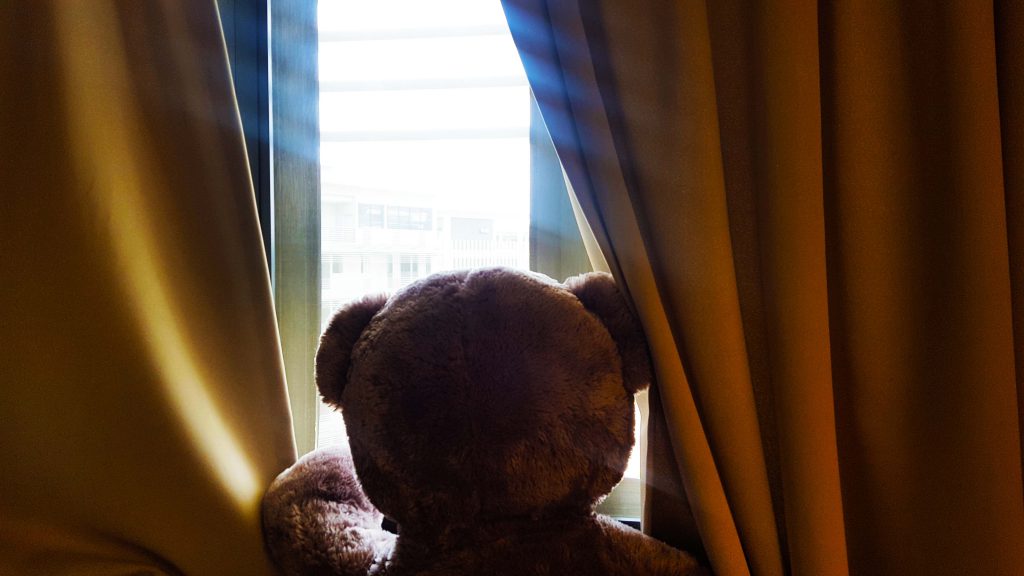 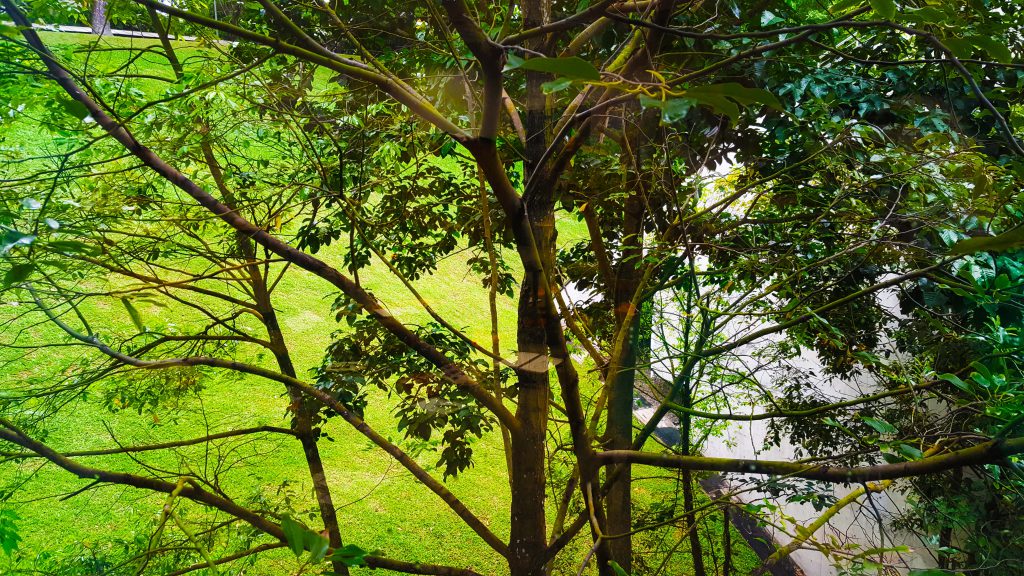 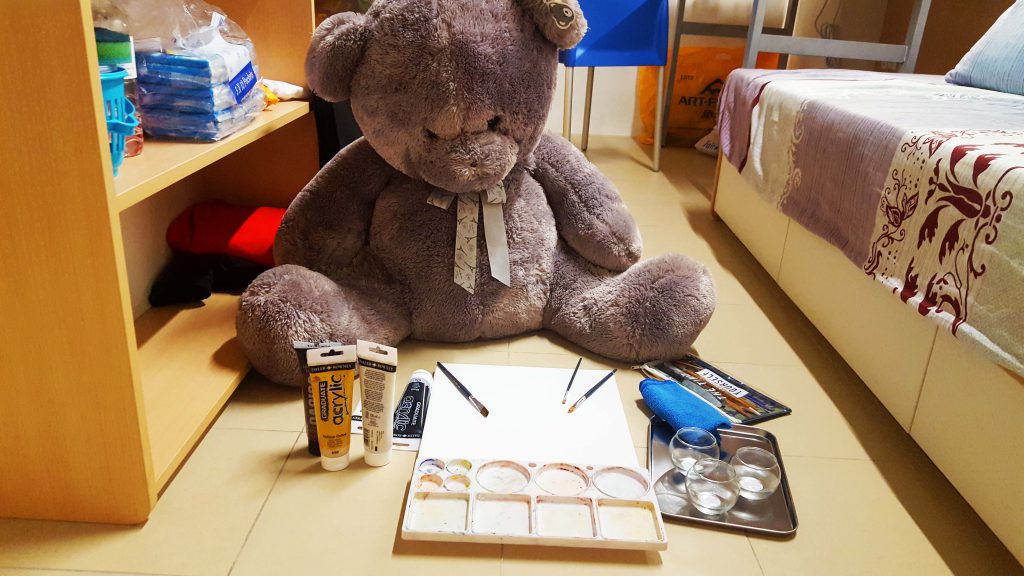 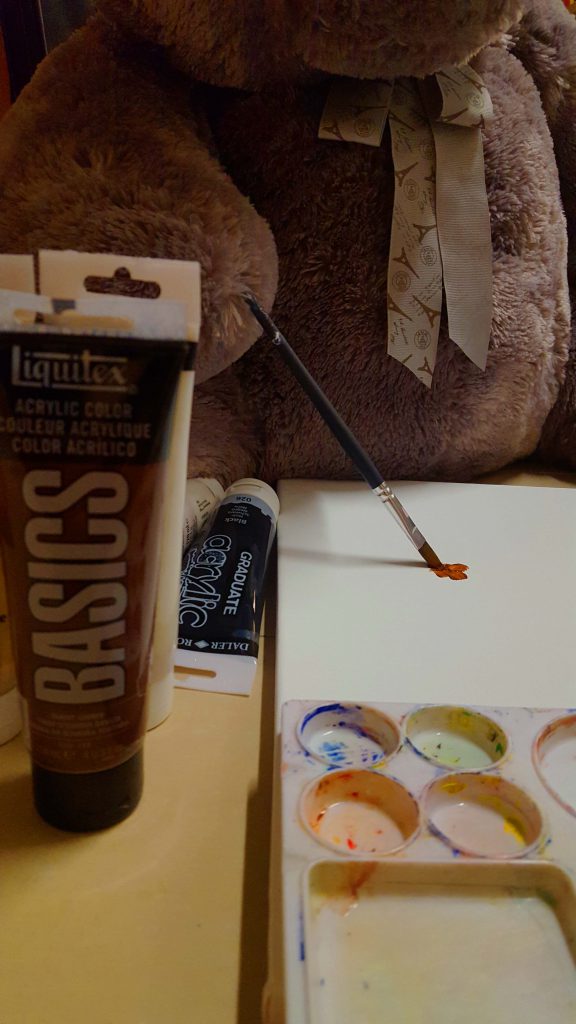 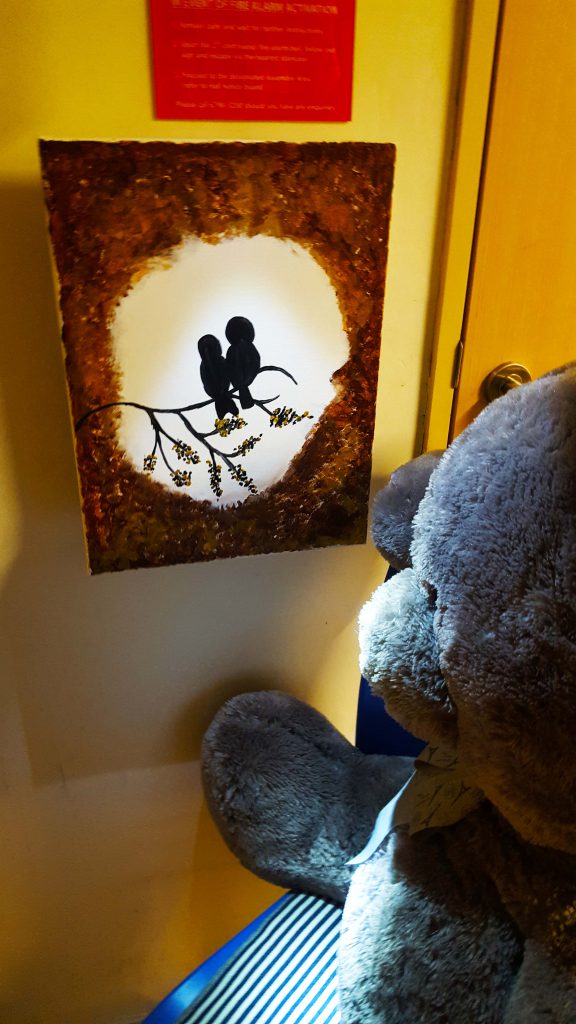 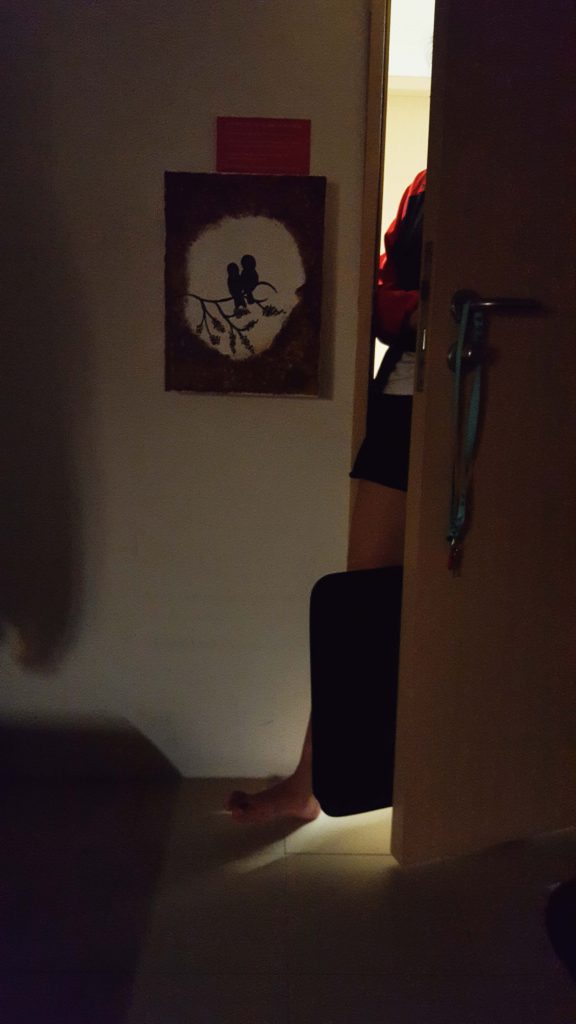 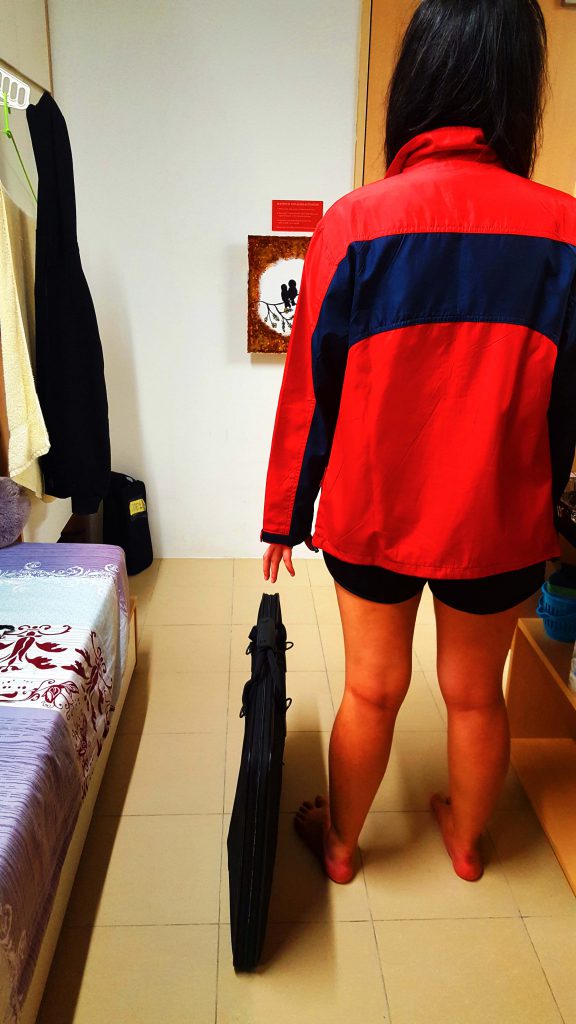 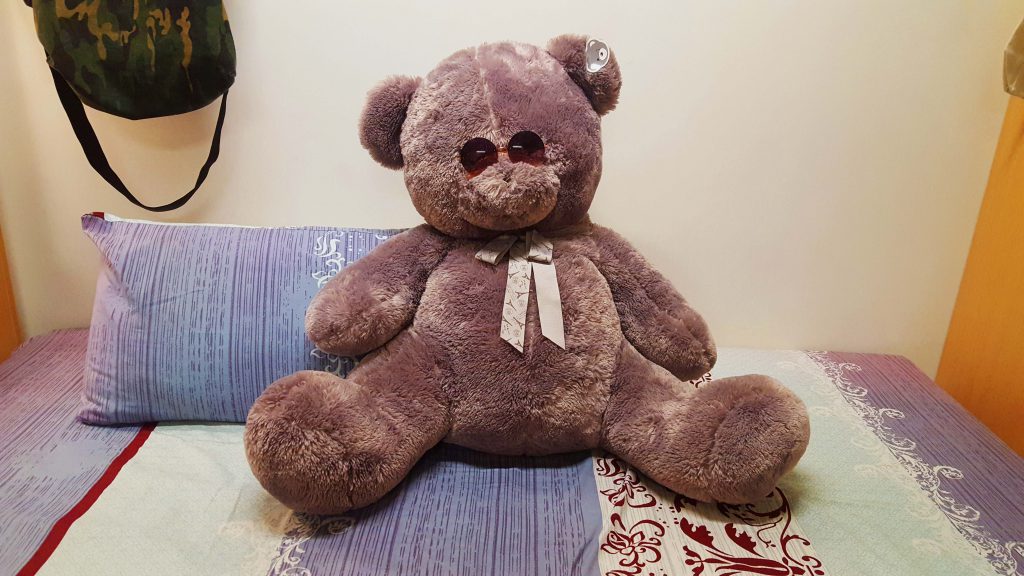 The music I used are a mix of solemn and upbeat music, because as children, we tend to have roller coaster emotions. We can feel happy at one moment, and sad right away at the other. While the Teddy’s owner grows up, the Teddy does not grow up. Hence, she remains stuck in the state of adolescence, where she is just like a child.

The upbeat music represents the child’s mind, where it is happy, active, loud and exciting. The solemn music represents the sadder thoughts the Teddy holds. Aside from the music, there are also verbal speech present in 4 of the tracks. Those are the Teddy’s thoughts in her head. The reason why I did not include speech in all the tracks is because the Teddy does not necessarily think clearly all the time. For example, she may not have been thinking of anything in particular when she climbs off the bed in the second photo.

The Teddy first appears on the bed. Then, she moves to the window, then to the floor and to the wall. Then, her owner appears at the door, and finally, the scene transits back to the bed.

The bed represents the place where she starts from, hence ending at the same place. The window is the only connection aside from the door, where the Teddy can see outside the bedroom. Hence, it is also the place closest her owner whenever she yearns for her.

When the Teddy transits to the floor, that is where things are casual and down-to-earth (literally). Over here, Teddy gets her paws dirty to involve herself in craft work. The floor is where Teddy ‘plays’. As children, we usually play with our toys on the floor as well, hence also hinting how Teddy yearns to play with her owner again (going back to the past where Teddy plays with her owner on the floor as children).

When we transit to the wall, that is the place closest to the door, and by putting the painting there, it expresses Teddy’s eagerness to show her owner her artwork to make her happy.

Finally, at the door, that is where the owner comes home. It is the place dividing the outside world and Teddy’s world. It is the place which indicates when Teddy finally gets to be with her owner again.

Inspired by my Teddy Bears Fullbuster and Laboon who are always there for me. 🙂