Little Nightmares is a puzzle-based platformer horror adventure game, published by Bandai Namco Entertainment. Inspired by Ghibli movies and also The City of Lost Children,” Dennis Talajic, the creator, said, referencing Japan’s Studio Ghibli, behind such animated classics as Spirited Away and Princess Mononoke, as well as the 1995 Ron Perlman-starring fantasy film about a society that kidnaps children to steal their dreams in the hopes of extending their lifespans, the game is an interactive piece of art designed as an immersive child-friendly game. This is perhaps why the 5 senses of the player is being put to the test repeatedly.

The story begins when a hungry girl, Six, is trapped in the Maw, which is a mysterious vessel catering to the whims of sick and powerful creatures. Playing as Six, the character has to try to escape its harsh confines, while enduring her extreme bouts of hunger. This is actually a representation of the reality of an orphan; a child trapped in their own world because they only have themselves to rely on. While there are speculations about what actually happens when Six ‘dies’, she is often trapped by the Janitor, chased by the Twin Chefs to be cooked, One of the chefs who gave me nightmares.

and even has to eat a live rat in order to endure her hunger while in a bid to find and defeat the Lady. 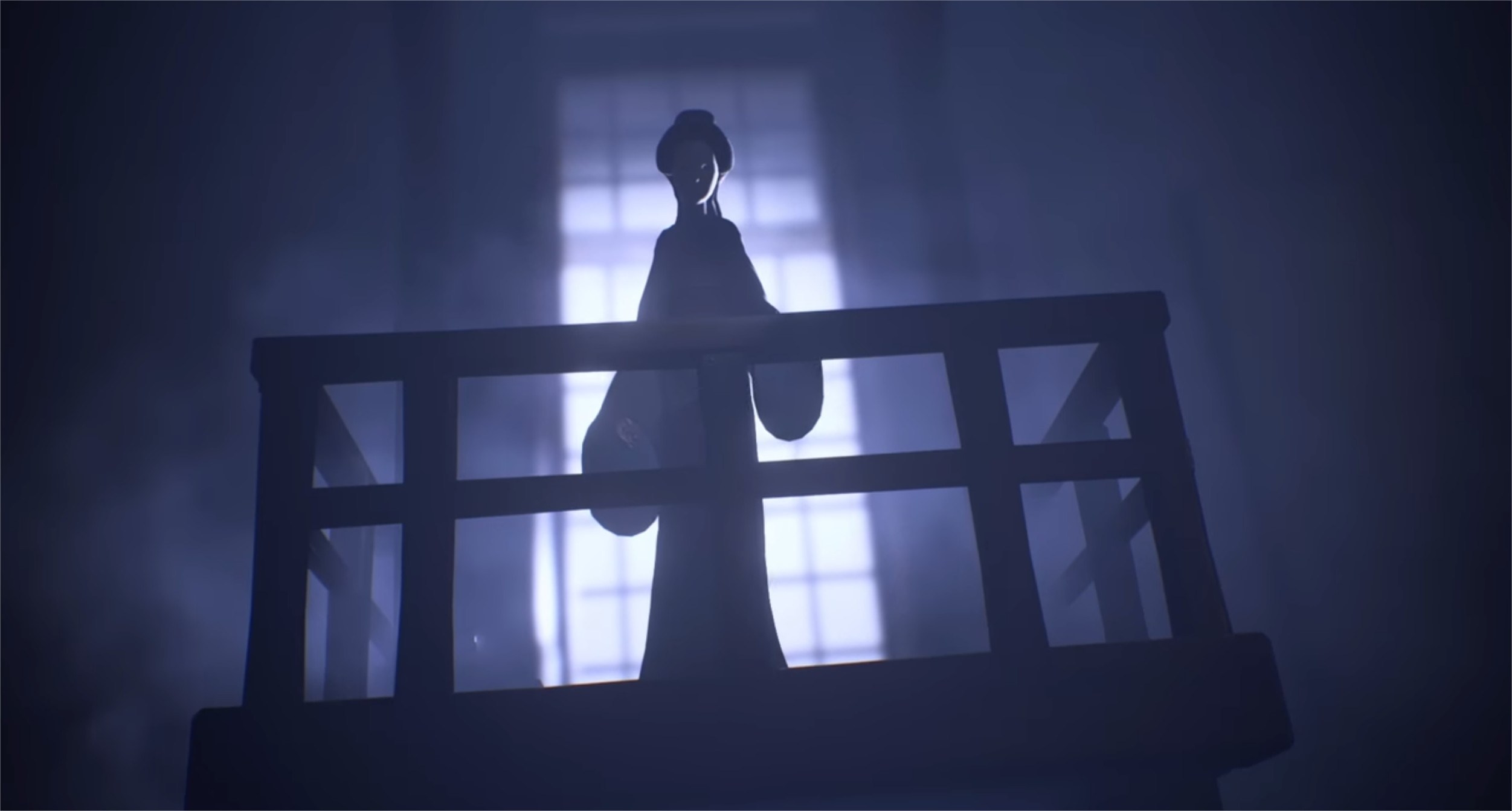 At last, she manages to defeat the villains trapping her, and escapes the Maw.

I have chosen this game because it encapsulates a story, which I love, and plays around with the players’ feelings. I also got an actual nightmare just by watching a gameplay of this game. The game starts off sweet and straightforward; we know that we have to help this poor girl escape a place seemingly void of security and comfort. 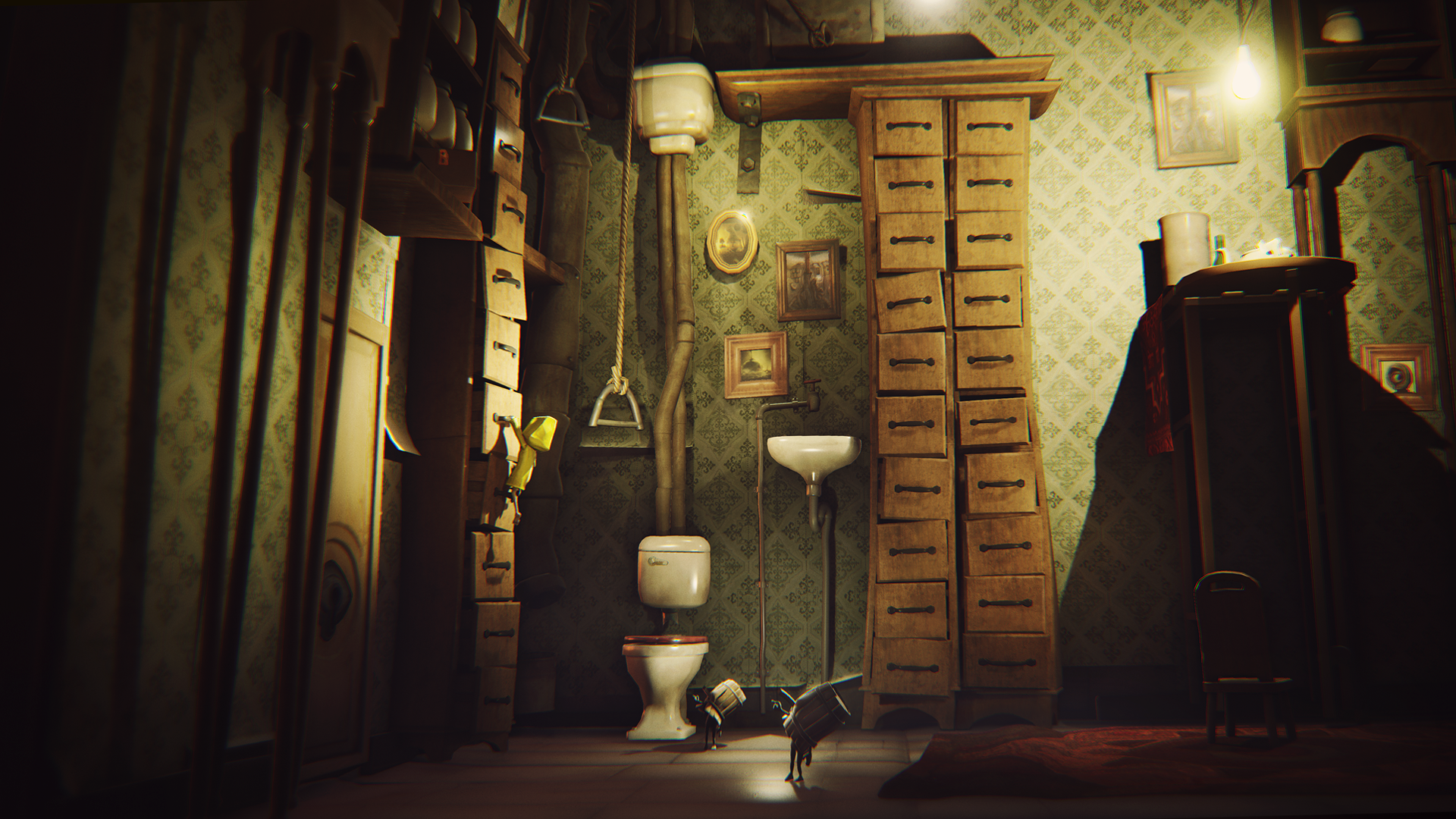 However, the game manages to capture us with its eerie yet fairy tale-style of storytelling and gameplay, whilst also shocking us with unexpected turns of events which eventually happens. For example, despite being a frail-looking girl, she begins off with eating a live rat in order to sustain herself and defeat her hunger. 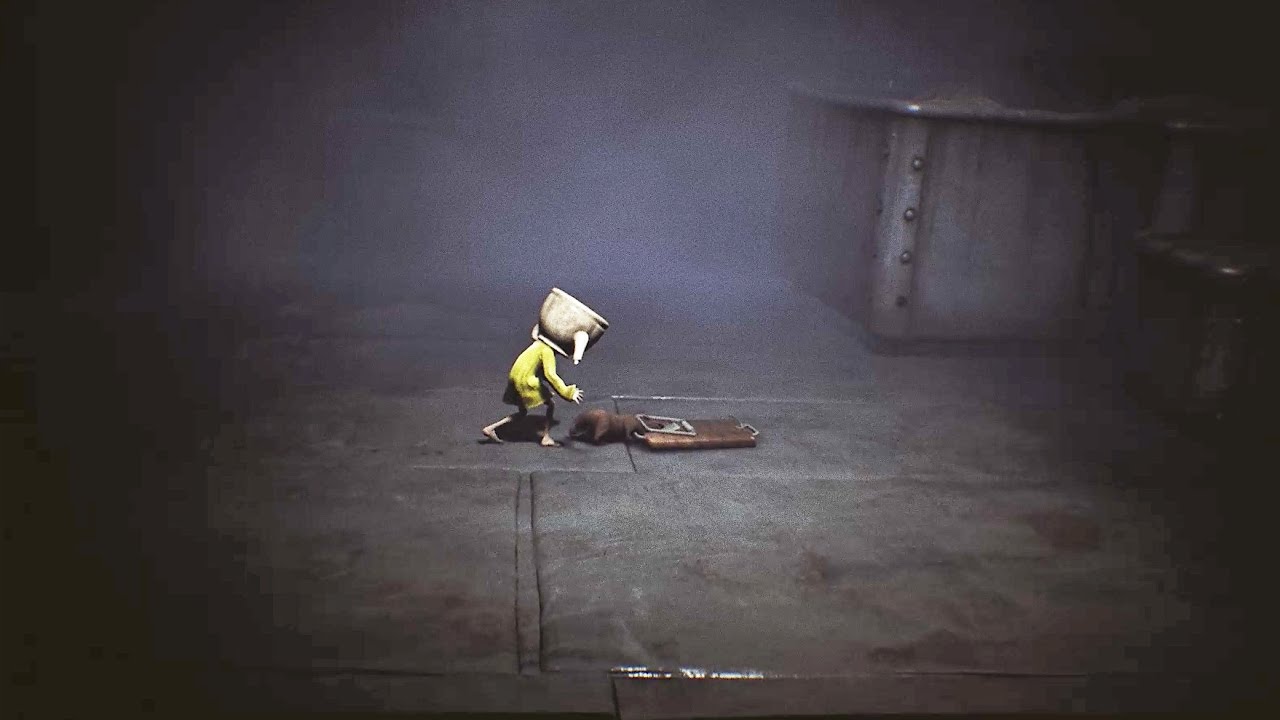 However, she becomes shockingly brutal as the games go on, even devouring a Nome (A cute little mushroom-like creature who wanders around) instead of the sausage it offered her, and finally devouring the Lady, the strongest boss in the whole game, after defeating her with light and a mirror.

Sickening crunching can be heard, and as we picture an innocent, supposedly harmless girl committing such vulgar violence, it sends chills down our spine. To push the concept of ‘innocent yet freakishly terrifying’, a downloadable content (DLC) eventually reveals that the Nome Six ate was actually a human boy who was turned into a Nome by the Lady. It messes with your mind at the cruelty and brutality of the concept, making you wonder if Six was considered a Protagonist in the end.

Furthermore, the official description of a ‘Nome’ leads to a troubling synopsis of the tiny creatures: “Though experience has taught them to be skittish, some still try to make friends with strangers. These Nomes rarely survive.” The Nomes are like children. Whilst children like Six can be found in cages, ready to be cooked and served to the guests, the Nomes represent younger children. They’re often scared and run from Six, and yet can be manipulated to follow and even help Six. When Six devours a Nome, it represents the moment and elder child disregards the well-being of a younger child as a result of the abuse they’ve endured. This is a phenomena that can be very real in society’s context today.

Little Nightmares is a representation of a child becoming the monster they once feared. As an endless cycle of despair and hopelessness that manifests itself into a hierarchy of oppression, the torment endured in the orphanage leads to a disengagement from all adults. The ‘guests’ are merely prospective parents who are seen to want to grab her and move her away once more. The Lady can be seen as her new ‘mother,’ she runs the orphanage and is hosting new guests to adopt children. In the nightmare of a child, they are all monsters that Six has to escape from. The depth of the game and its hidden meaning, I feel, also adds an additional layer of art to the game where it immerses the player to put themselves in the shoes of Six, and subsequently the shoes of an actual orphan and their feelings.

Overall, the rustic, heavy graphics of the game also pushes the creepy concept further, ranging from the lighting in the game to the grotesque sounds and appearances of the villains in the game. To me, the art of this masterpiece relies on its graphics and sound which appeals to our natural instincts.

Aside from its emotionally-hectic storyline, the game also offers the player freedom of both thought and action. There are plenty of elements that the player can interact with, such as climbing up a cupboard, jumping on the bed repeatedly, or throwing things around. Some of the things may affect the gameplay, while the rest are not.

DON’T LET HIM GET YOU FWDJLQKHHCHC

With the setting of the game placed in a home-restaurant setting, it is scarier because it is a familiar setting, where we are usually not used to violence happening in. It is overall a puzzle game, which can drive players near-insane due to how intense and unexpected the gameplay can be if you are suddenly unalert. Even the perspective of the player changes with the advancement of the gameplay, catering to the storytelling effect.

This game, to me, is so well-designed because it takes into account the relationship between how the atmosphere and sequence of gameplay (in this case, the rhythm of the game is strangely unnatural regarding how the monster appears or how players are suddenly thrown into time-based trials to get to the next room) can affect the player and their decisions.

For example, if the player escapes from the brutal chef from one room into the next, the locked door is then banged on heavily with its hinges rattling, as though it might break open any moment and the chef would come running in. In the next room, there are meat bundles strung up like dead bodies and as the meat falls onto the ground, a realistic moist meat squelch is heard. Or you could be in a situation where an unexpected door opens and another monster is running at you like a bulldozer with his ugly grunting.

To me, this interplay between the sounds, graphics, and actions in the game is an interactive art that triggers the human emotion to a scary, nightmare-worthy level. It is also thought-provoking, because it messes with our minds with all the elements and scenarios in the game we are innately afraid of but do not really acknowledge it. Our secret childhood horrors are now played up in a game full of nightmares in large scale (because the player is physically very small compared to her environment in the game).

Here is Six jumping on a bed.