Confessions is a project with a high level of interaction required, its concept based on the idea of innate thinking in people when they are exposed to an environment where they are free to think about what they really want without having to fear judgement by their community. With concepts referenced from Lev Manovich’s 5 Principles of New Media from his book The Language of New Media, I will be talking about how the 5 principles affects our project. 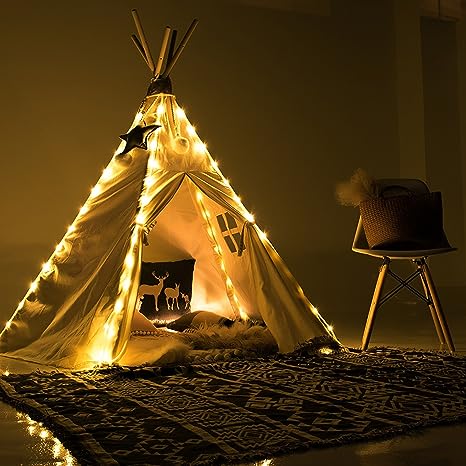 This project is conducted in a quiet interstice place, for example a lonely corridor, where one is left to their thoughts and only their thoughts. They would then proceed to enter a small and cosy environment shaped like a small cube, where they will be comfortable enough to not worry about anything except being left alone with their own thoughts. This cube will be decorated with pillows and fairy lights; essentially a safe space for the participant. After watching a computer screen with a poem that would trigger them to type a message – about literally anything they want—they would then proceed out of the cube through another exit, and find themselves in another room where their thoughts are mapped out on a larger screen made out of suspended balloons in the room.

They will then be presented with various weapons that they can use to shoot down the balloons, which will then symbolize the destroying of certain thoughts that they might not like. Once they choose to shoot the balloons with their thoughts—or other people’s thoughts from previous rounds that has been left behind?—it represents that they have forgotten these thoughts. This is because ultimately, what we think in an interstice environment are usually not things that we actively think about, and are often flickering at just the back of our heads. The possibility of also destroying other people’s thoughts also gives way to a carthasis, where it might trigger some people to feel more than just indifference at the thought of their opinions being erased by a nobody. 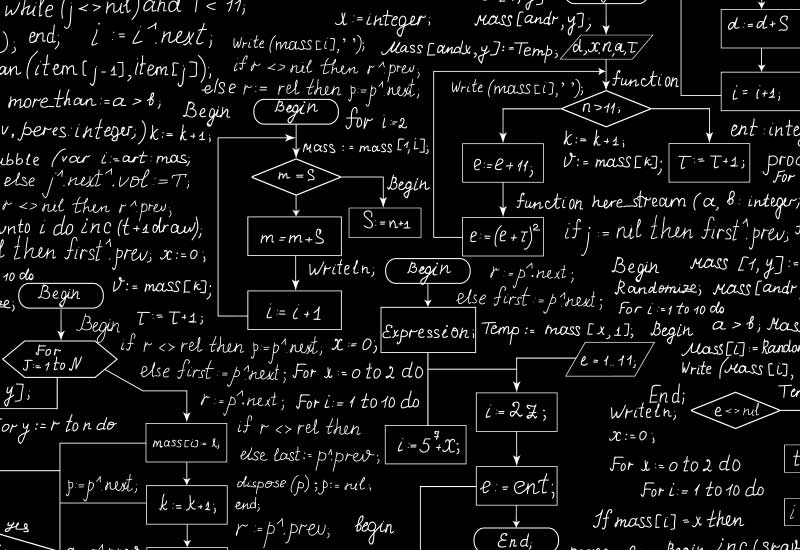 In a sense, our project does consist of numerical representations because the software- processing and Arduino- and the equipment used (Ultrasonic sensors and photoresistors) involved for us to transpose our code comprises of numbers and algorithms even though they might be random. There is also an algorithm when we transfer the files from one screen to another (from the computer screen, where the computer detects the participant typing their message, towards the balloons where the message would be depicted on).

Modularity occurs in our project because our project is essentially a whole chain of commands with endless possibilities before it gets to its ‘completion’. From the entering of the participant into the safe space, to typing their message, to the message being transposed onto the balloons, to the participant coming out of their safe space and into the larger room, to shooting down the balloons – these are all a smaller part of a “fractal structure”. It is not necessarily solely online, but also an offline experience because the project is ultimately one that combines both the third space and the physical. Yet, these actions retain their autonomy even if they are removed and placed in another project, because while they are dependent on one another, they can also be independent with the right codes transposed.

Automation in our project is derived from how the confessions are being generated on the screen, simply by keying in the words from another computer screen. Even the playing of the music and the poetry and the video on the participant’s computer is a form of automation that takes place without the participant having to actively search for a function trigger it. The disappearing of the confessions once the balloons have been popped is also a way where automation has taken place—efficiently, and without extreme participation on the participants’ intentions.

There are many variables involved in our project as well. From the kind of thoughts people would put into the system when they type their confessions out, to how many thoughts they choose to put into the system, and whether they choose to shoot certain words down in the shooter gallery. All these variables will essentially affect how the entire interaction would turn out, and because of this, numerous different results can happen since every person is different and have their own sense of thinking and behaviours. Even the placement of their confessions on the screen may be randomized and different for every person even though they are not exactly random. Another way of seeing a variable is also about how each person feels about the interaction at each time when they read the different confessions, which should vary each time a participant enters the balloon space.

Transcoding happens in our project because there is a certain amount of participation required of both the participant and the digital side of things. There is an entire sequence, as can be viewed from the above explanations, which has to be followed in order for the experiment to be successful or in some way ‘completed.’ The information that gets transferred from the participant to the computer, for example, is also a form of ‘transcoding’ because there is data from the participants (the confessions) that gets transferred onto the screen, which is a ‘computer’. In a sense, the culture from a participant can get influenced onto the computer’s depiction of the confessions, which intermingles the two cultures together.

U-Topia, an art installation premised on the crumbling and disintegration of certain words, only to be accumulated in a pile at the bottom of the projection mapping is one example which resembles our project; Confessions. The algorithm required for some words to crumble and for some words to remain static is a form of numerical representation, and the code required for it to be instructed to behave this way is also a form of modularity and automation. 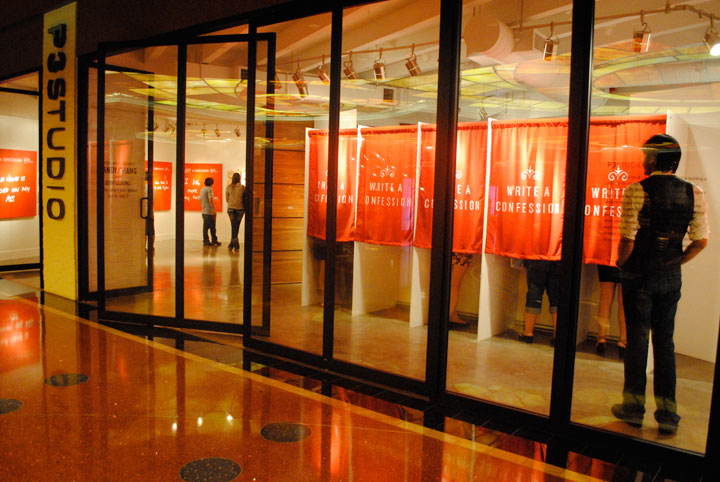 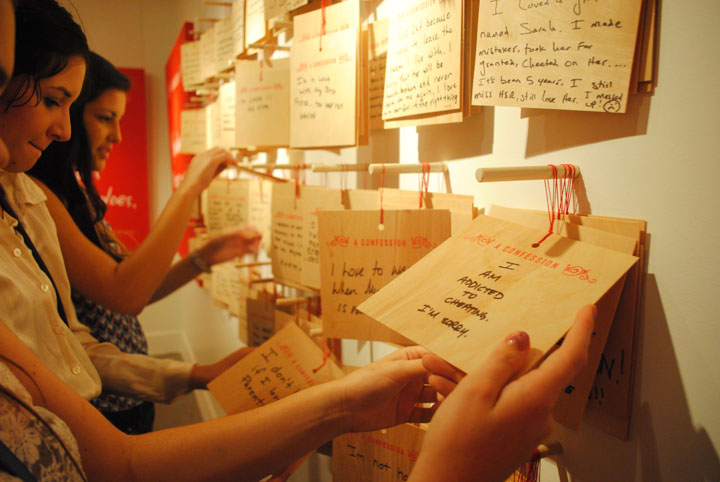 Confessions, an installation which coincidentally has the same name as our current project, features random participants entering a small booth and writing their deeper thoughts before displaying them on a whole range of hooks for anyone to read and access. Resembling our project, Confessions (Candy Chang Version) requires transcoding but in an offline fashion where the participant writing down their messages and its manual display on the hooks (serving as a sort of digital screen) serves as a form of data transfer. Variables are also similar, because the thoughts that are being displayed in both versions of Confessions (ours vs Chang) are totally dependent on the thoughts and freedom of the participant. The placement of the messages (ours vs Chang) is also in a way randomized, hence creating another changeable variable.