To start off this project, I would be mostly looking into how these artists used colours and put them together harmoniously. 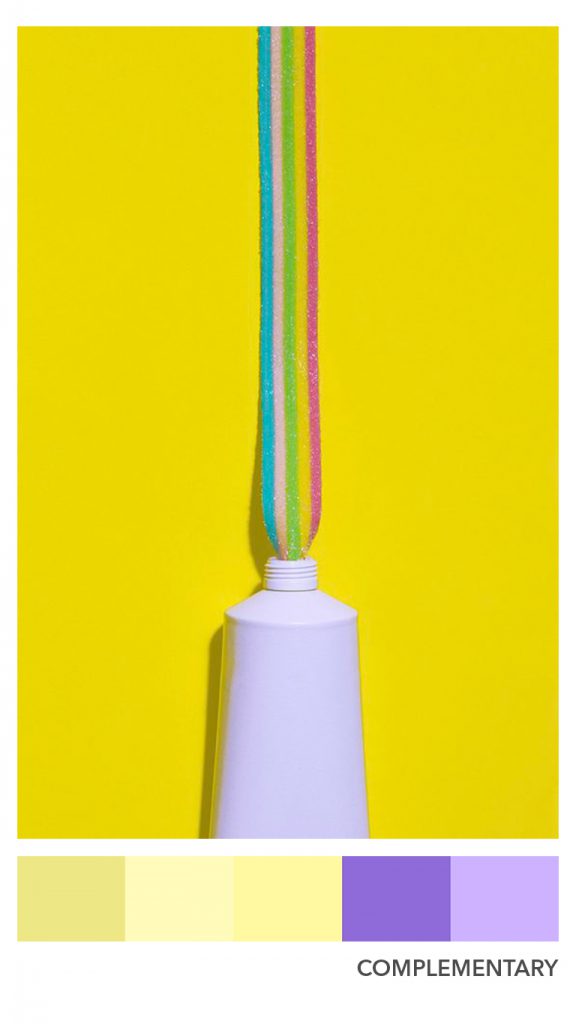 McKeown photographs ordinary daily objects and manipulates them into quirky photo illustrations. The colour schemes used were mostly pastel as it gives off a softer look. The lightheartedness in the photos is a perfect combination of the quirky and fun interpretations of the objects.

Other than the use of colours, my illustrations were inspired by her as well. My overarching concept would be to make ordinary, daily objects relatable to my experiences and memories, which will make up my equation of “Me+Environment=______” 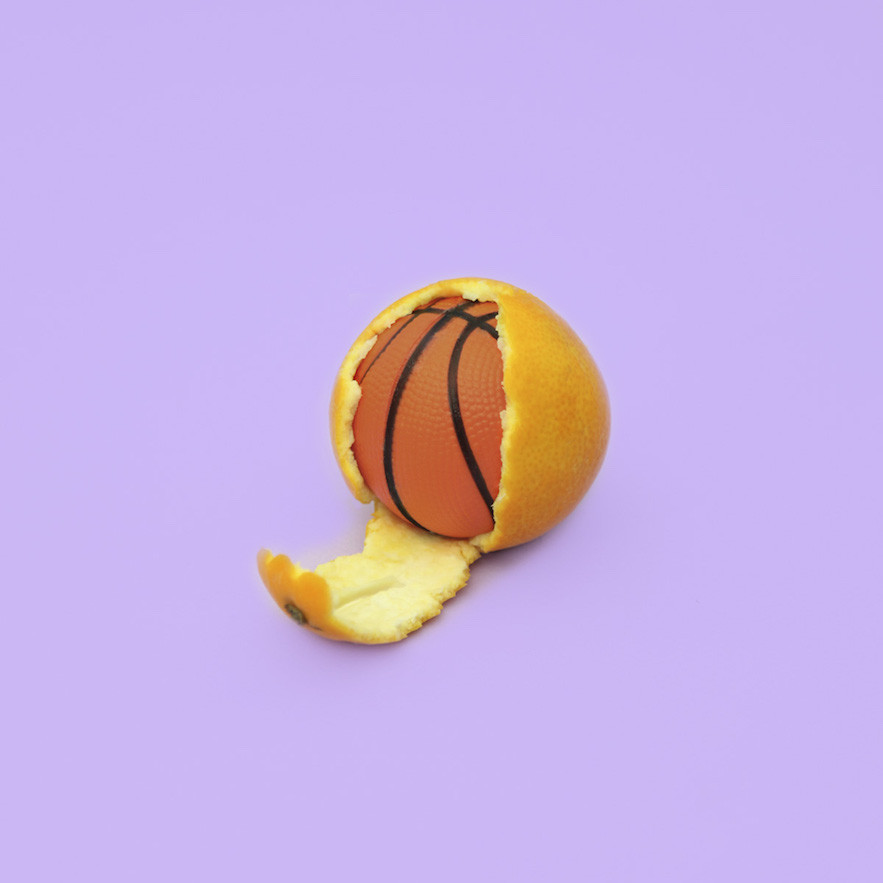 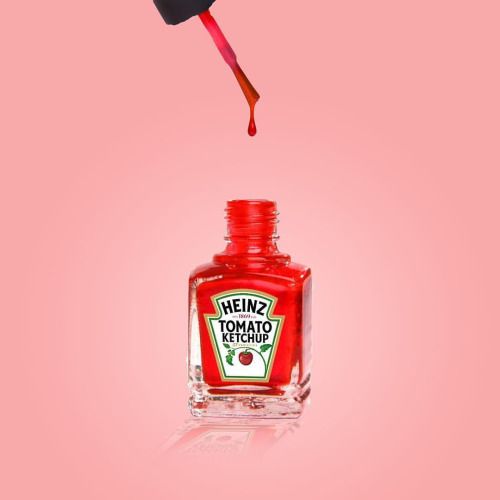 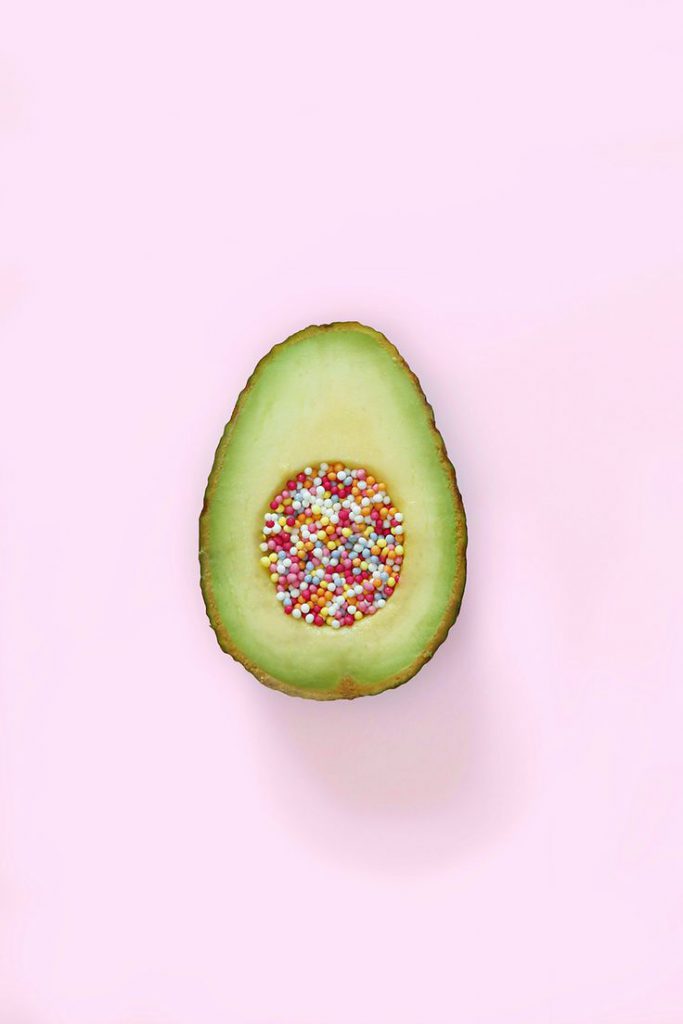 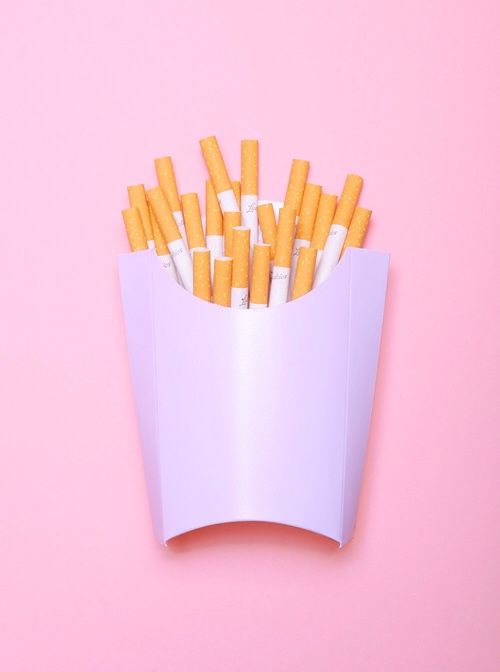 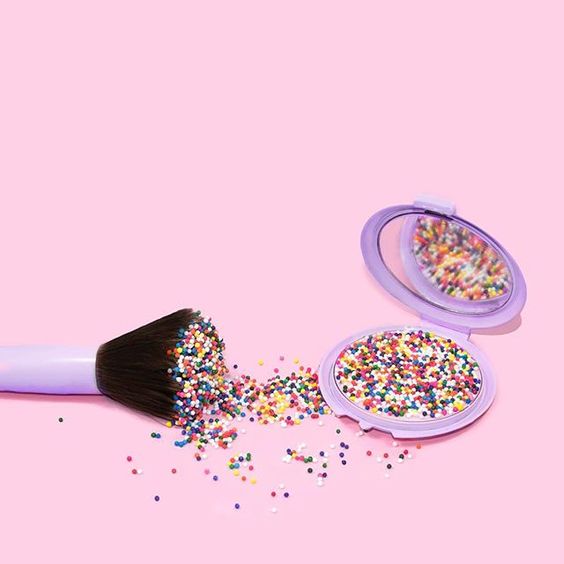 Tom Haugomat is an illustrator based in Paris, France. The use of light and a pastel cooler palette in Tom’s work is reminiscent of American illustration from the 1950’s and ’60s.

The evident use of light and colours made his work seem beautifully in harmony, whether is it using shades and tints, or analogous and complementary colours. 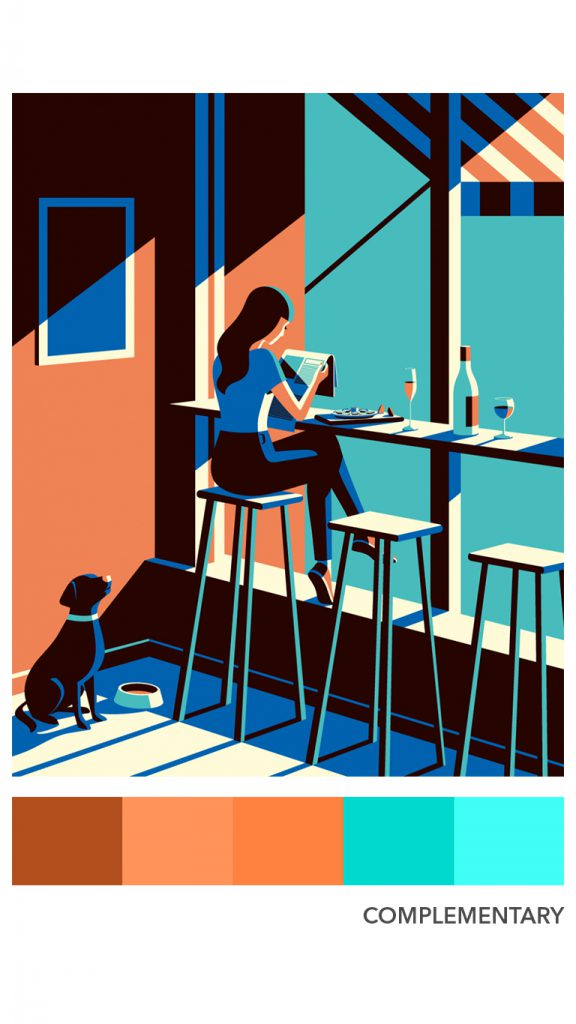 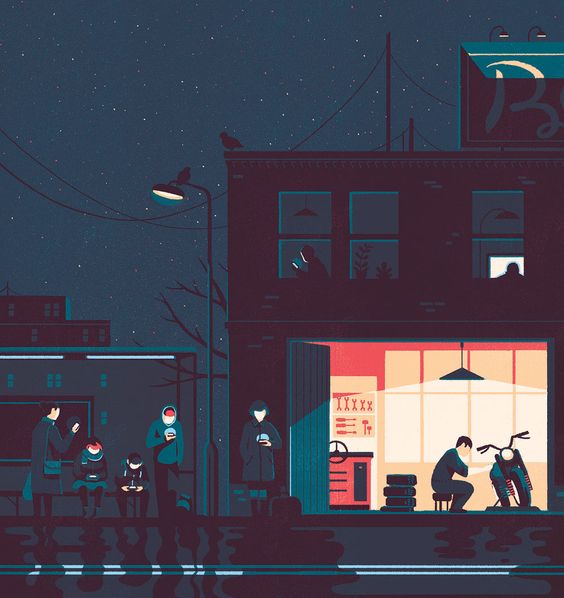 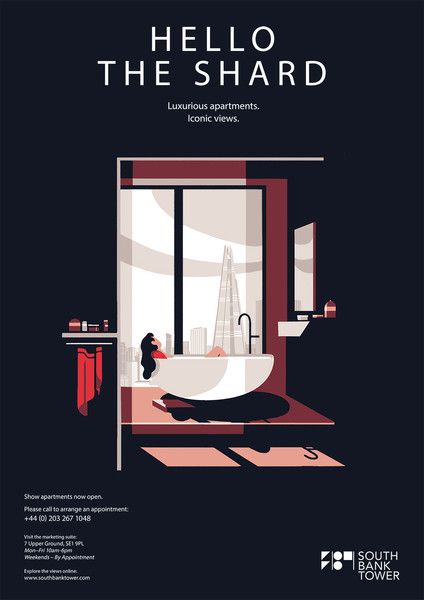 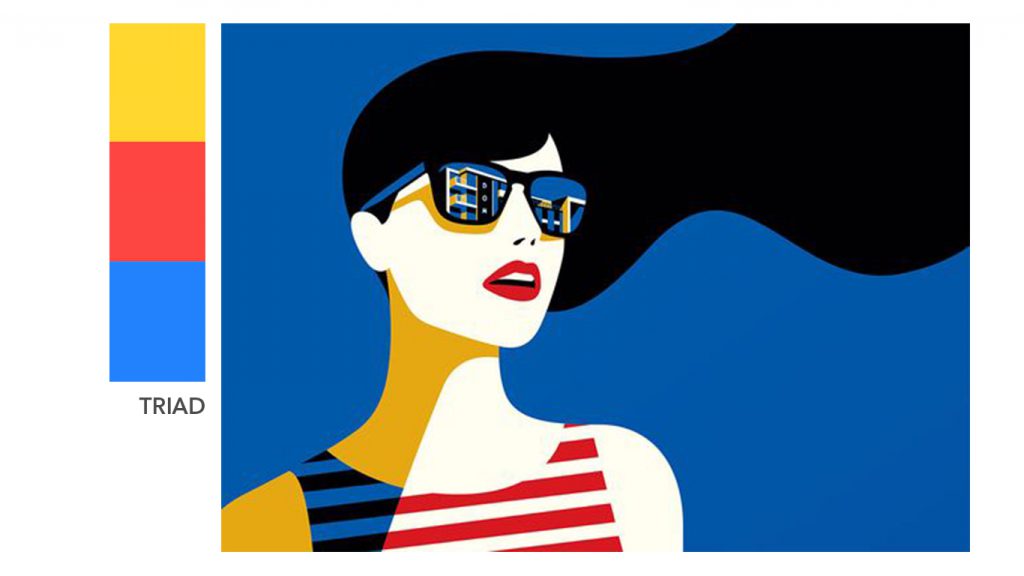 Malika Favre is a French graphic designer and her distinct and often very sexy style has made her one of the world’s most sought-after. Her works are bold, minimalist, and instantly recognisable. 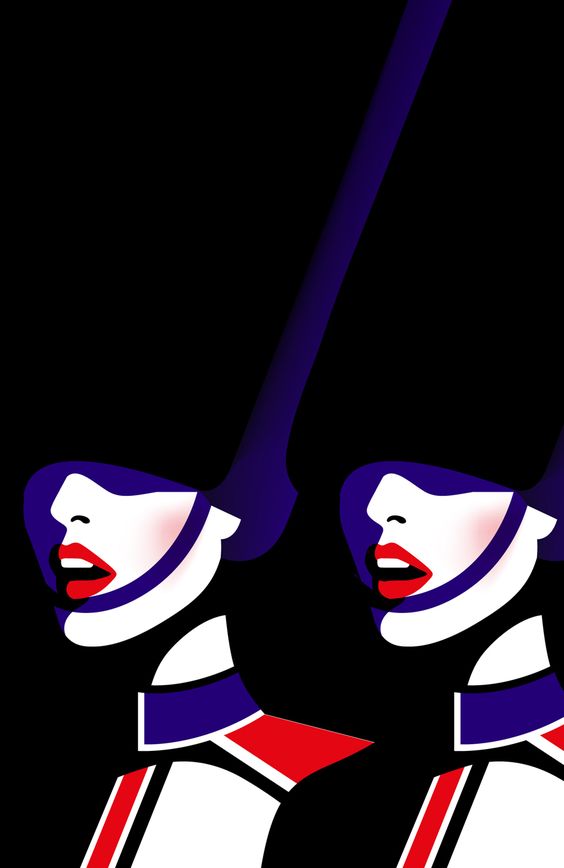 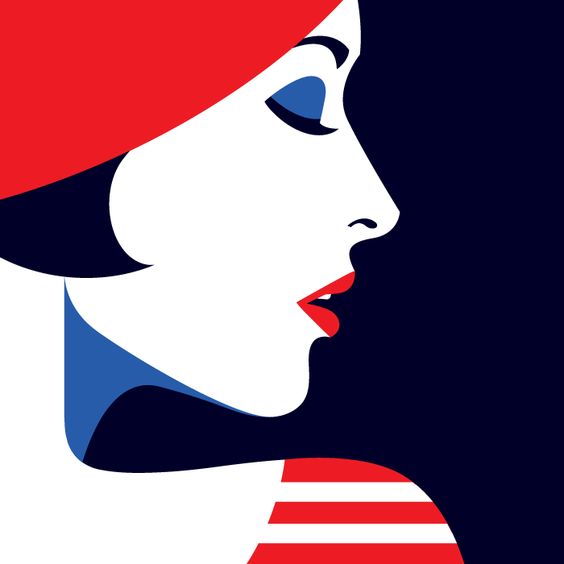 Overall, I found these artists extremely helpful in terms of visualizing how colours can be utilized to create a certain mood or to set a contrast in a composition. Although not all of their works fall under the typical colour rule, as some might be split complementary etc, it is interesting to see how these colours can be put together harmoniously.

To start off project 2, I’m going to share about some artists or art movements that inspire me.

Salvador Dali (1904-1989), a Spanish surrealist, is a highly imaginable individual who enjoys indulging in unusual and grandiose behaviour. It is said that he evoked his dreams and hallucinations in unforgettable images, as seen in many of his works. 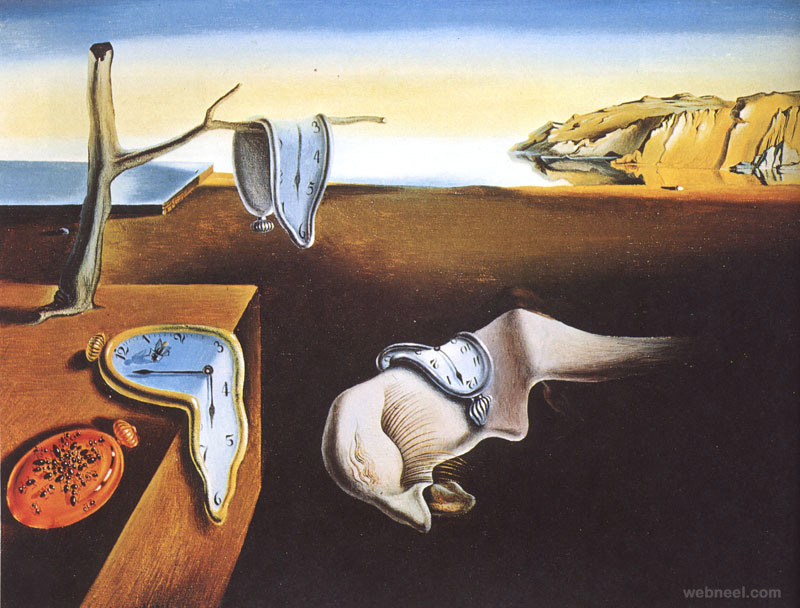 The Persistence of Memory by Salvador Dali.

Rene Magritte (1898-1967), a Belgium surrealist, is known for his witty and provoking images. He depicts ordinary objects in an unusual context, challenging the observer’s preconditional perceptions of reality. 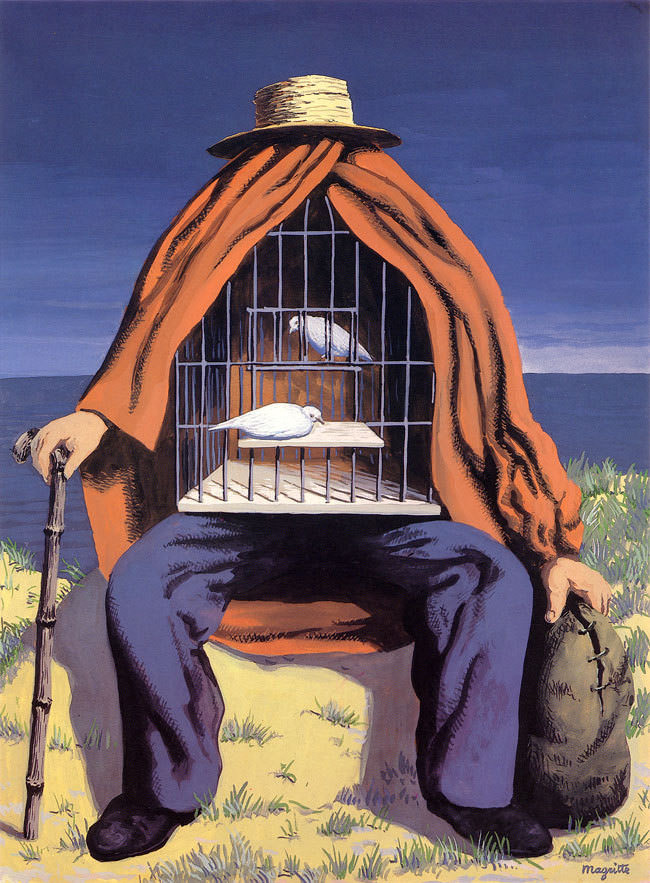 Both surrealist exemplifies the great lengths that creativity can reach. We normally perceive an ordinary object as normal and dull looking. But, having to challenge our perception would be the next step to obtaining new and interesting interpretations of the same object – which is what I look forward to for this project. 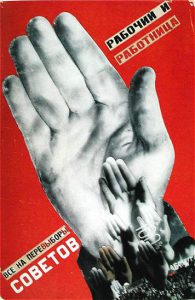 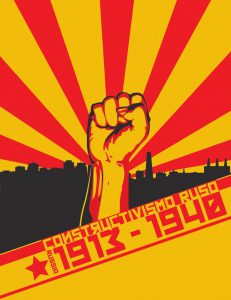 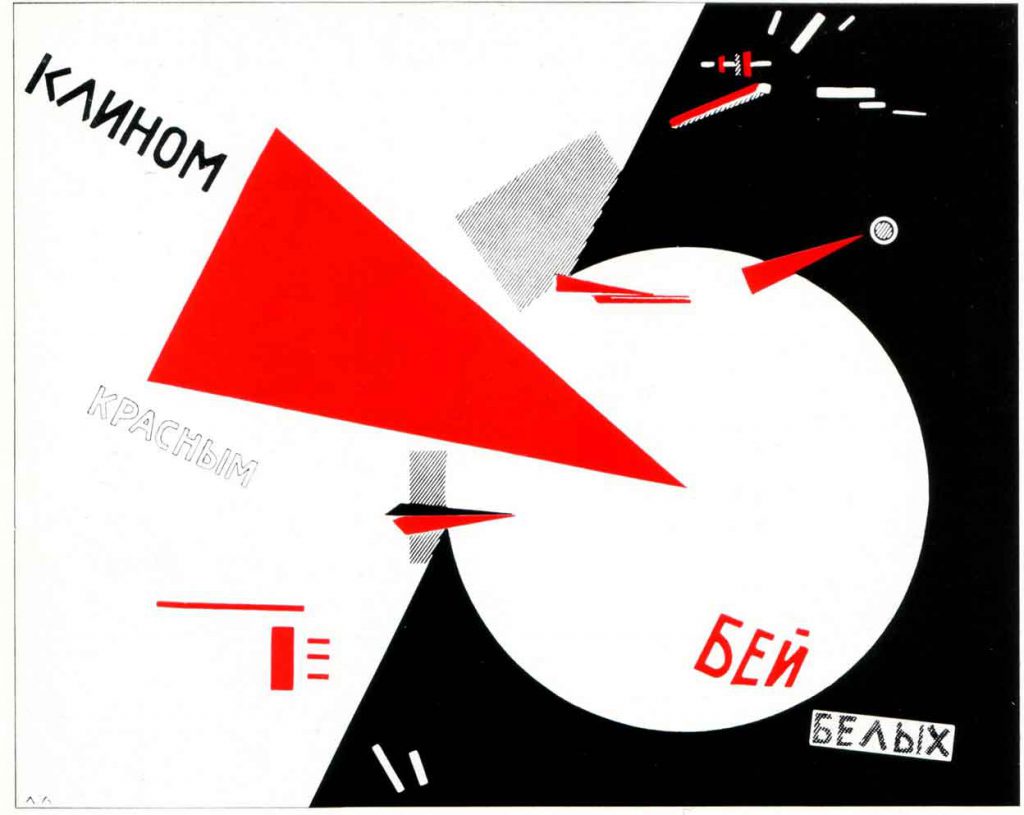 Russian constructivism is a movement that was active from 1913 to the 1940s. It was a movement created by the Russian avant-garde, but quickly spread to the rest of the continent. Constructivist art is committed to complete abstraction with a devotion to modernity, where themes are often geometric, experimental and rarely emotional. Constructivist themes are also quite minimal, where the artwork is broken down to its most basic elements.

I found this artistic style effective and aesthetically pleasing to the eye. As mentioned, having new and different interpretations of an object would be what I am looking forward to and utilizing basic elements would create a sense of unity and harmony in my designs. There would be a balance of flat basic elements and detailed threshold/halftone images, thus, neutralizing the complexity.

Other than Russian constructivism, I have also chanced upon a similar art movement which inspires me. 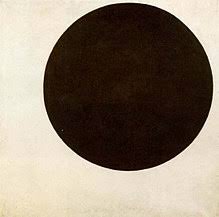 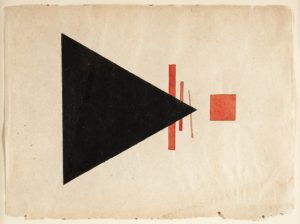 Suprematism focuses on basic geometric forms, such as circles, squares, lines, and rectangles, painted in a limited range of colors.

Both movements mentioned above are interested in the abstract design and the self-containment of a specific work, however, because Russian Constructivism was acknowledged after the Revolution in 1917, it carries an overtly political manifesto as well as a practical application of the arts for worldwide revolution.

Personally, I felt that these artists and art movements served as a really good starting point for this project. It shows a great play of ideas and how simple shapes can be translated into an artwork.

As an introduction to mark making this week, we did several basic mark making using markers and pencils. We were also advised to conduct research on iconic mark making artists. These are just some interesting artists which I wish to highlight and learn something from. 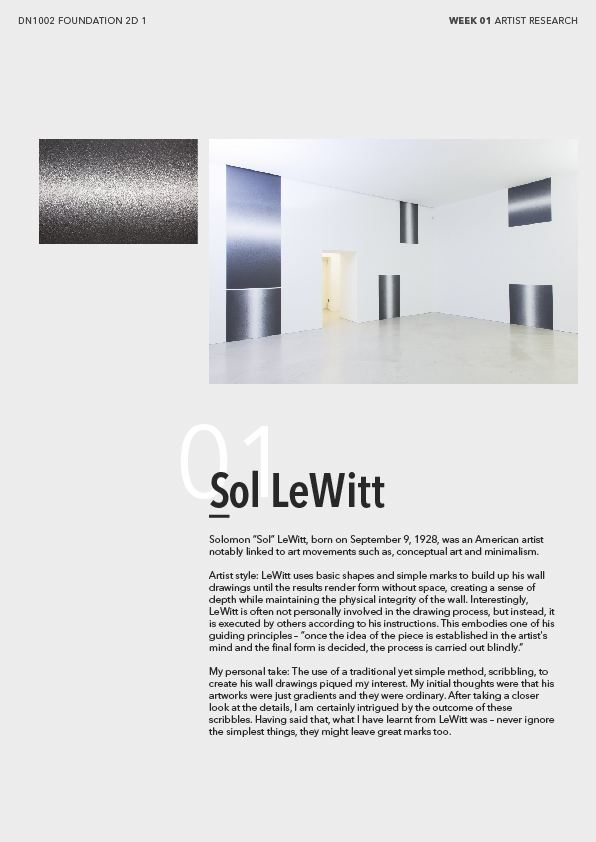 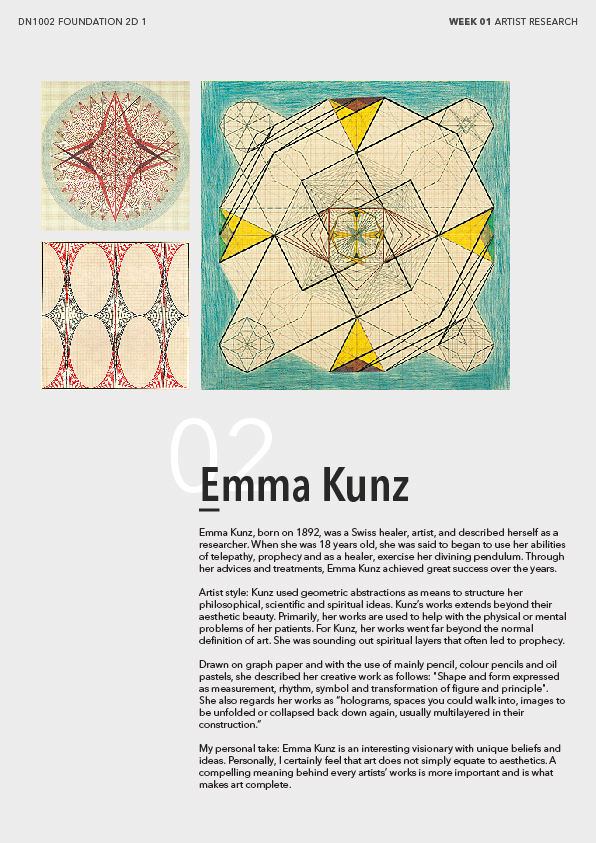 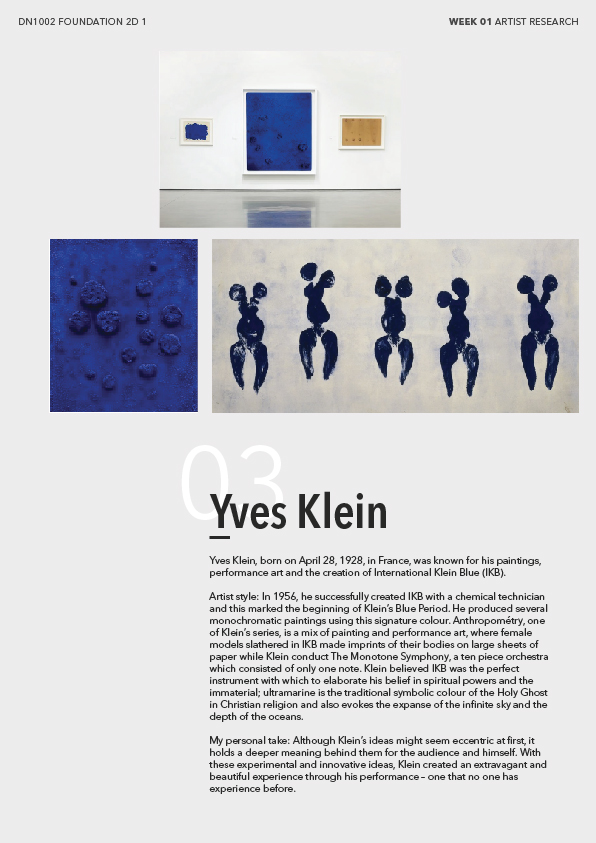 I did some of my research in my visual journal as well. 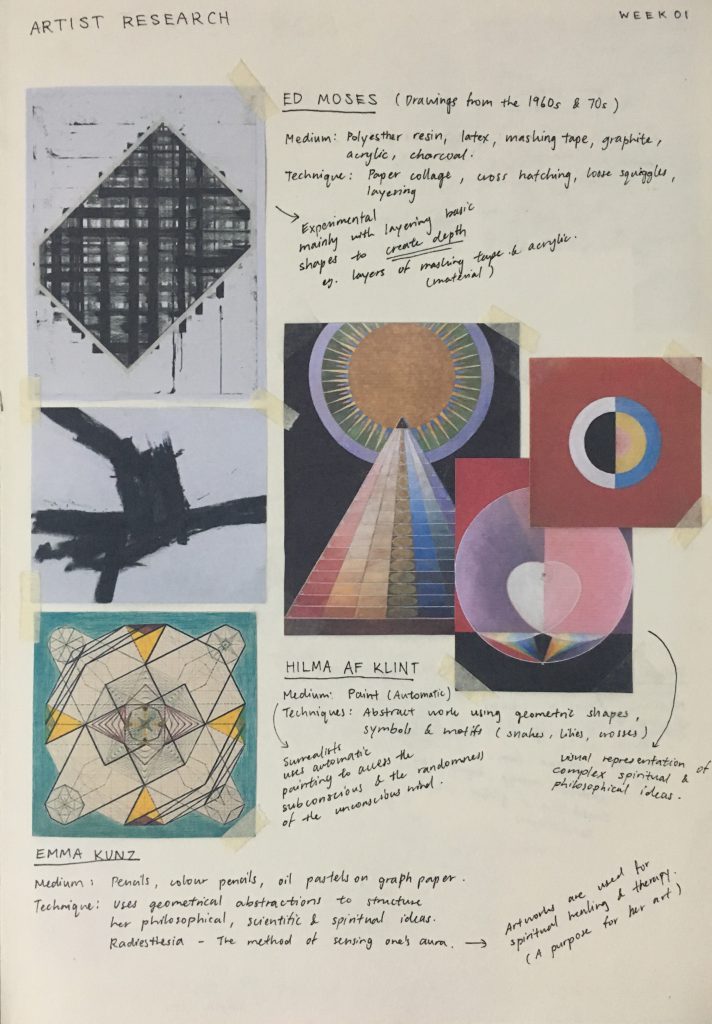 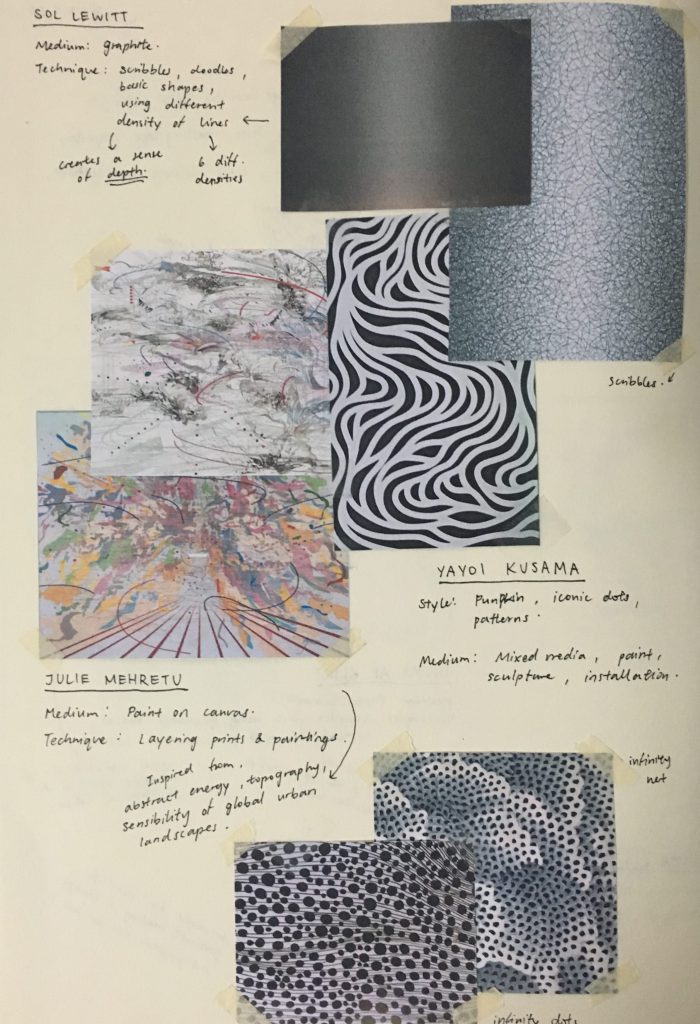 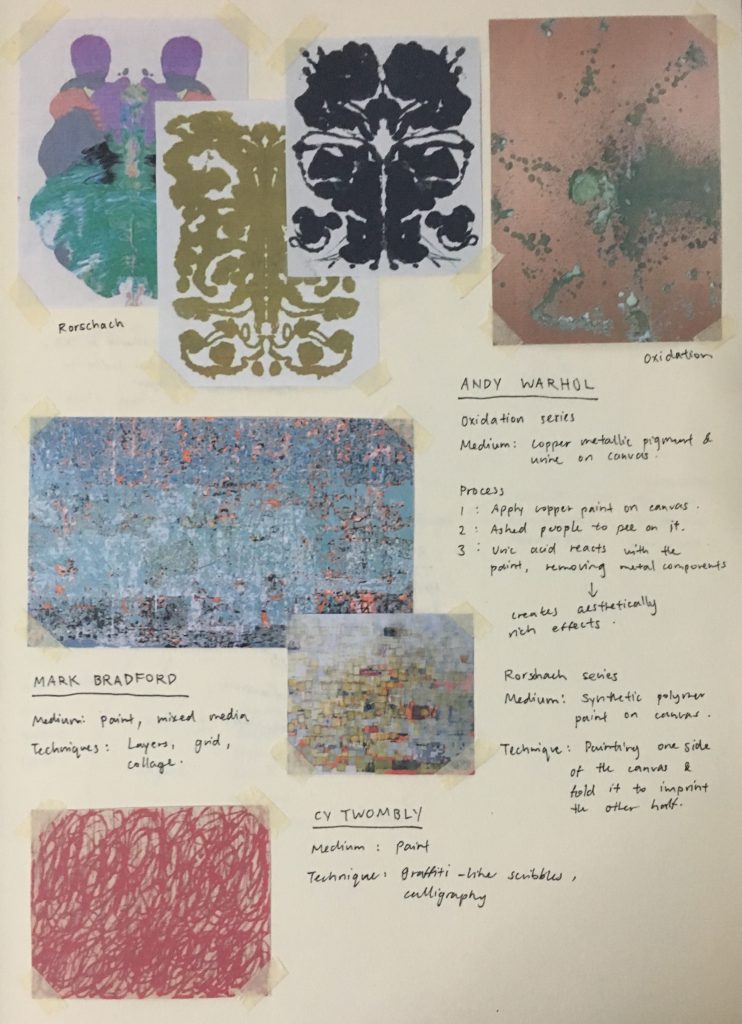 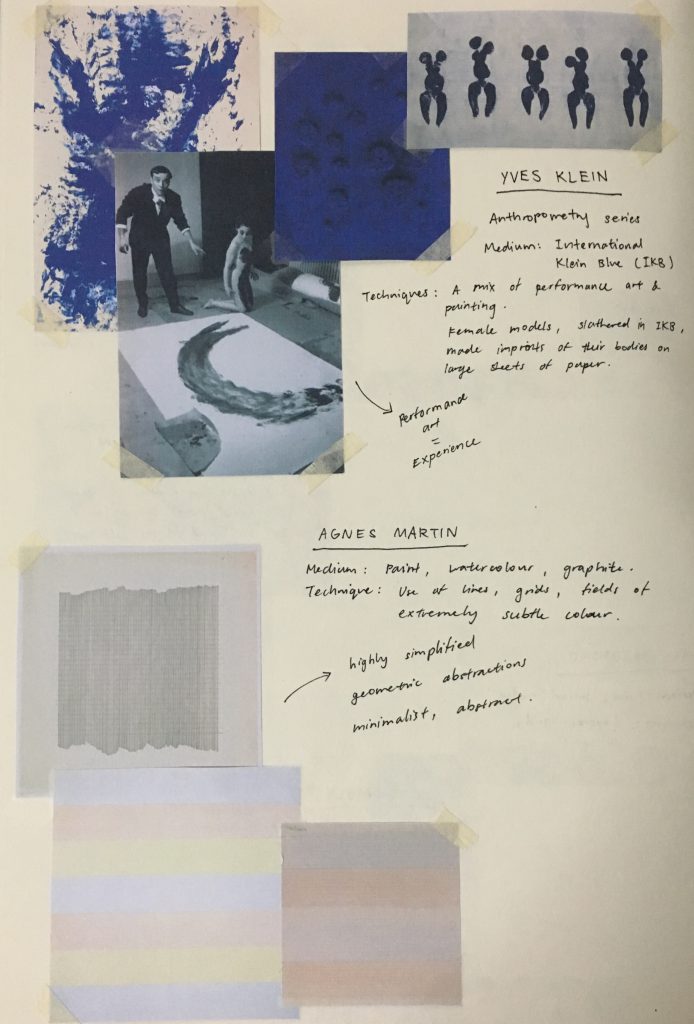