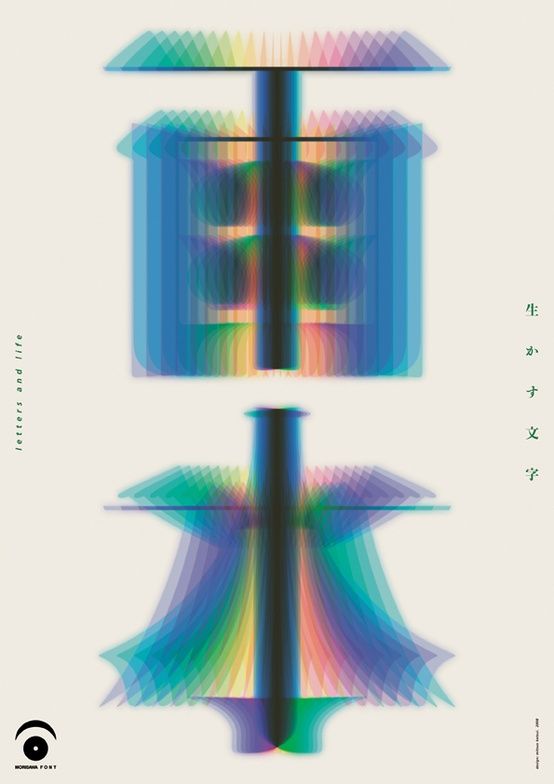 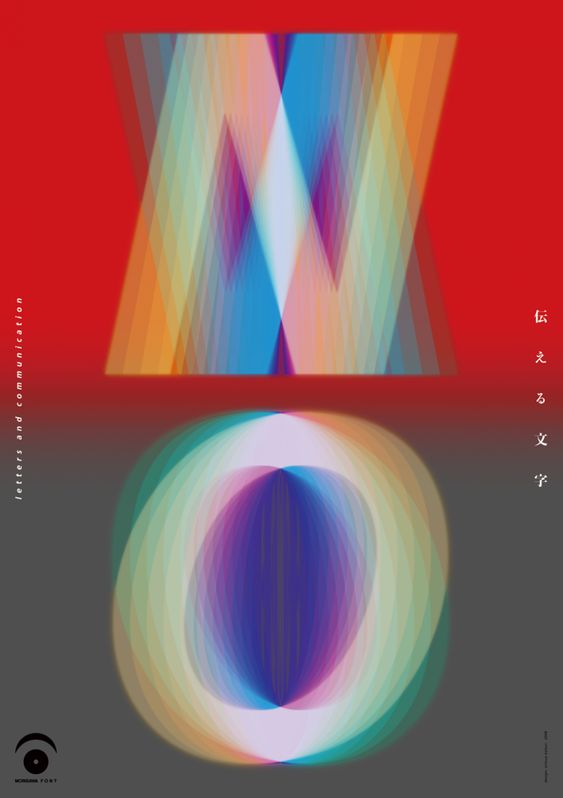 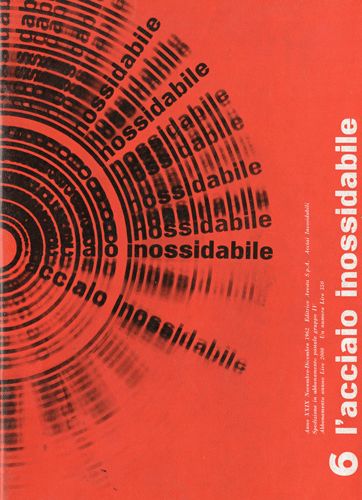 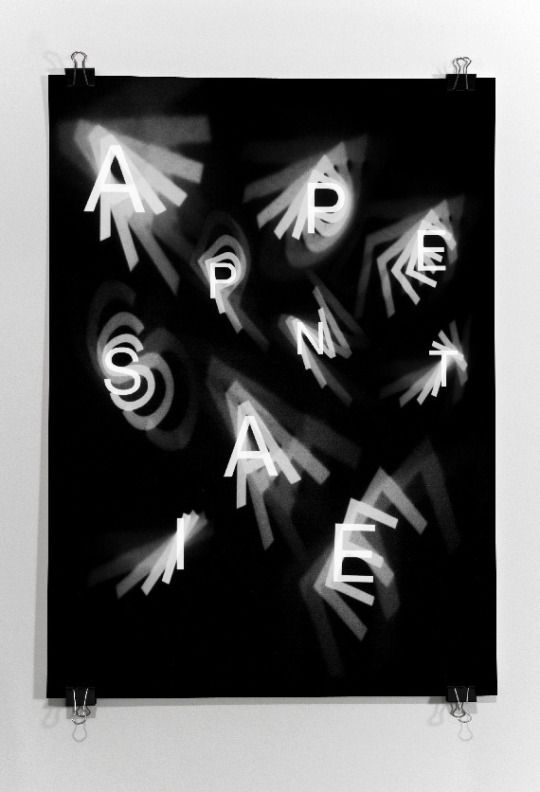 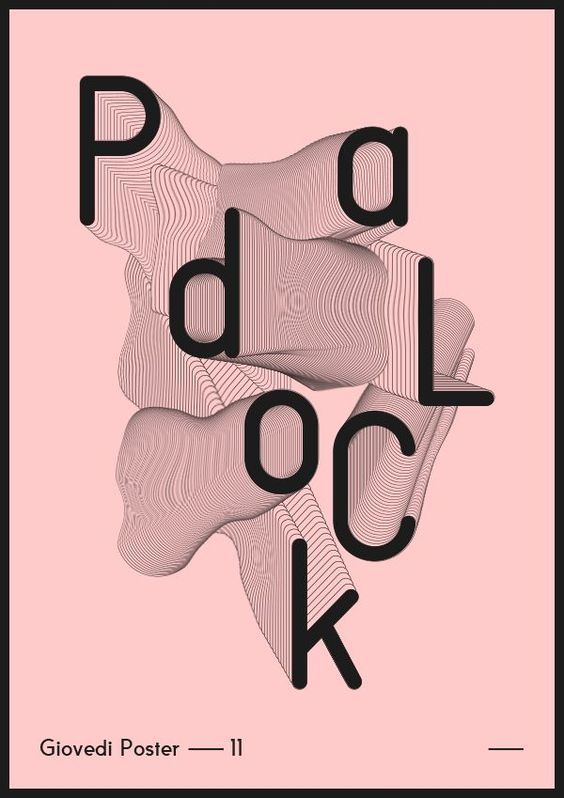 For most of the posters, I found repetition a key design element which made the poster even more dynamic – giving a sense of movement and for some, creating beautiful patterns. I came across Mitsuo Katsui’s works and found it extremely unique and dynamic. I think the colours are extremely beautiful with the opacities but sadly, I wont be working with that many colours. Nonetheless, the overlapping opacities created a psychedelic effect which I really love and would try it out in my posters.

As for my quotes, I have chosen the following 3:

2.
How much are you left with?
$40.
Didn’t you get your pay 2 days ago? Where did your money go?
Honestly, I don’t know, it just disappear like magic.

3.
I always come here and eat the prawn mee. The soup is damn good but sometimes it can be quite inconsistent.

Here are some sketches which I drew which helped me to visualise my layout and which design element I wanted to portray – whether it as hierarchy, balance, scale, repetition, symmetry. I tried using repetition, cropping and tilting some text to create my compositions. 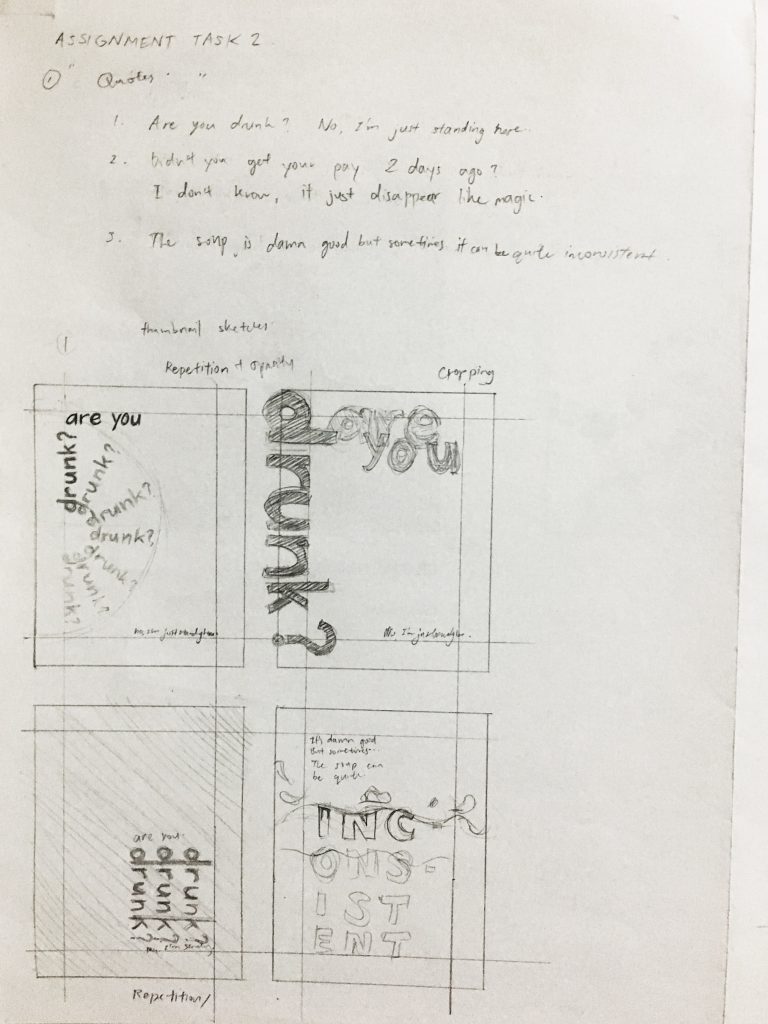 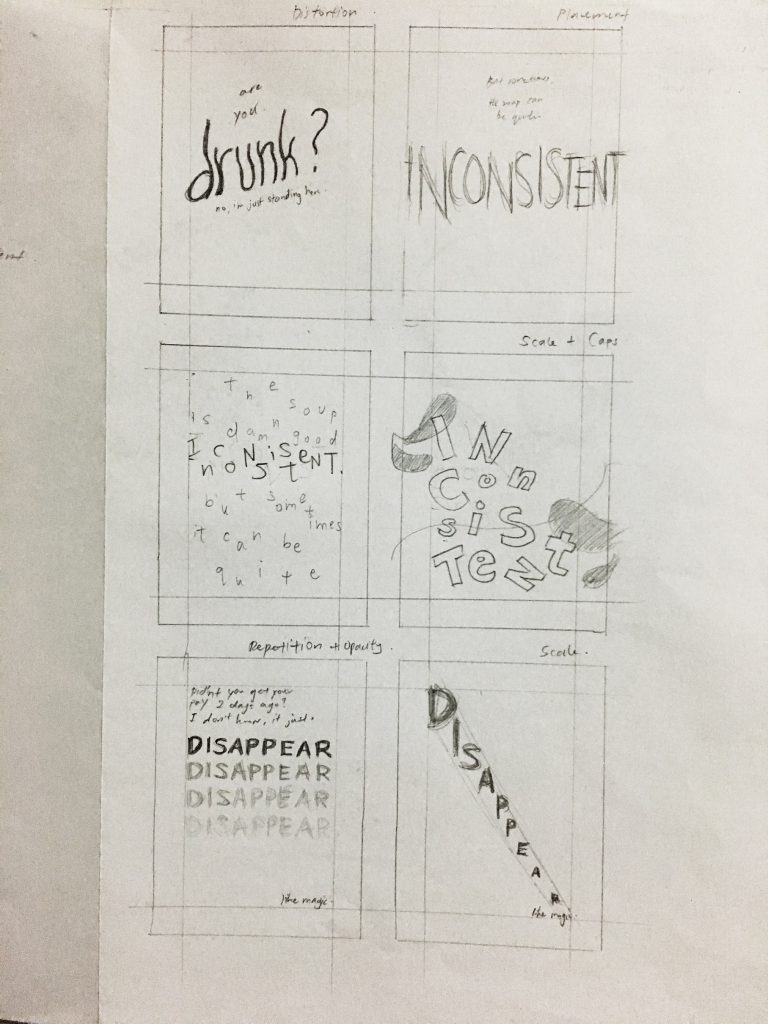 DRAFTS
These are the drafts which I tried to use different design elements – cropping, repetition, scale, emphasis. I also played with varying opacities for many of my posters and I feel that that repetition makes a really nice pattern. At the same time, the word which I want to bring focus to can be at the highest opacity. With this, I think it places emphasis on the word which I want it to, yet the repetition of low opacity words make a nice pattern, do not steal the main focus and also leads the viewers’ eyes to the rest of the words in the sentence. 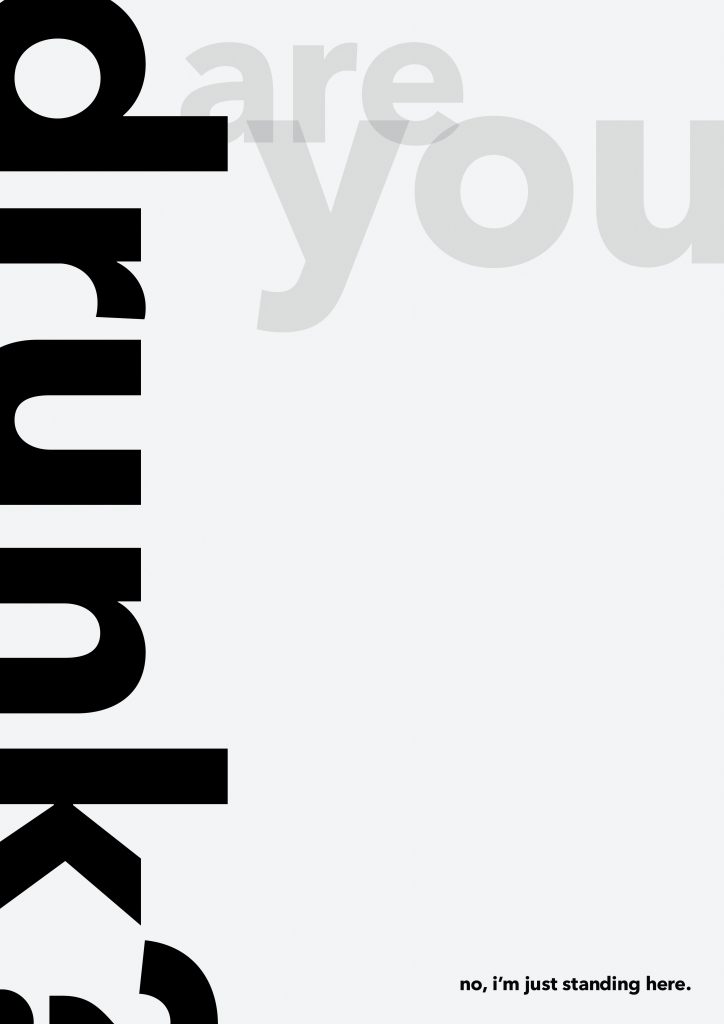 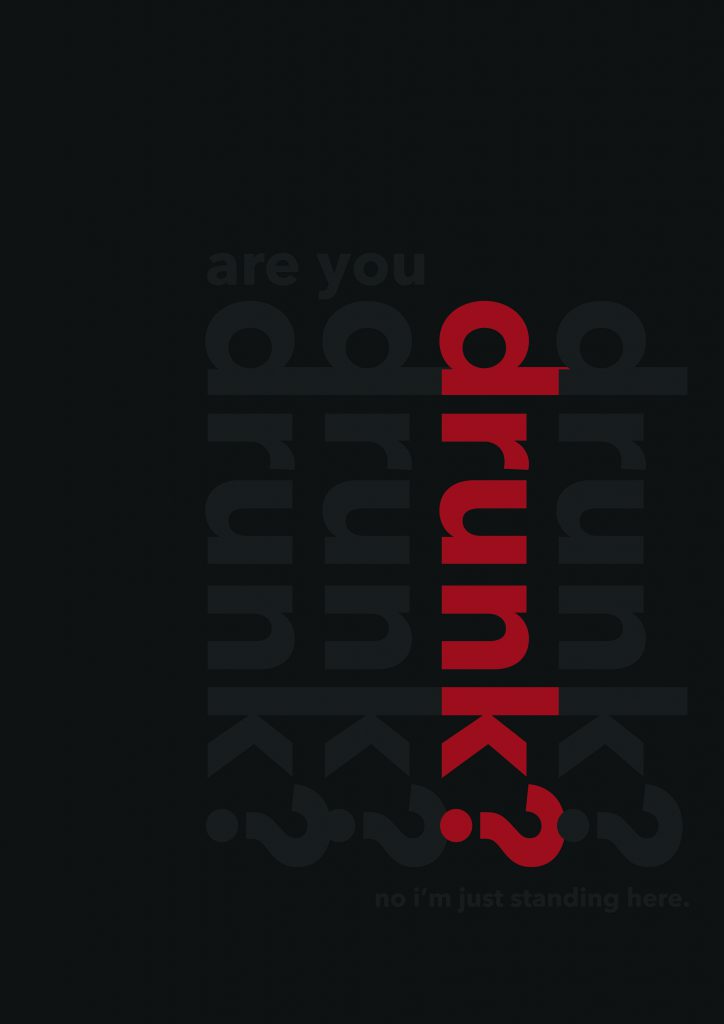 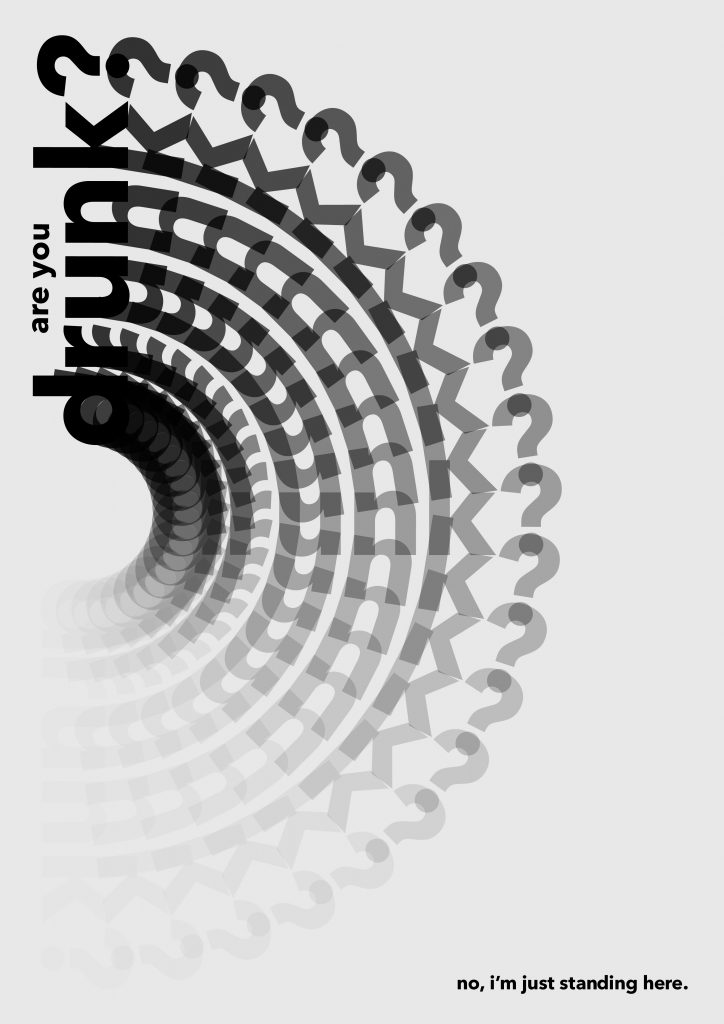 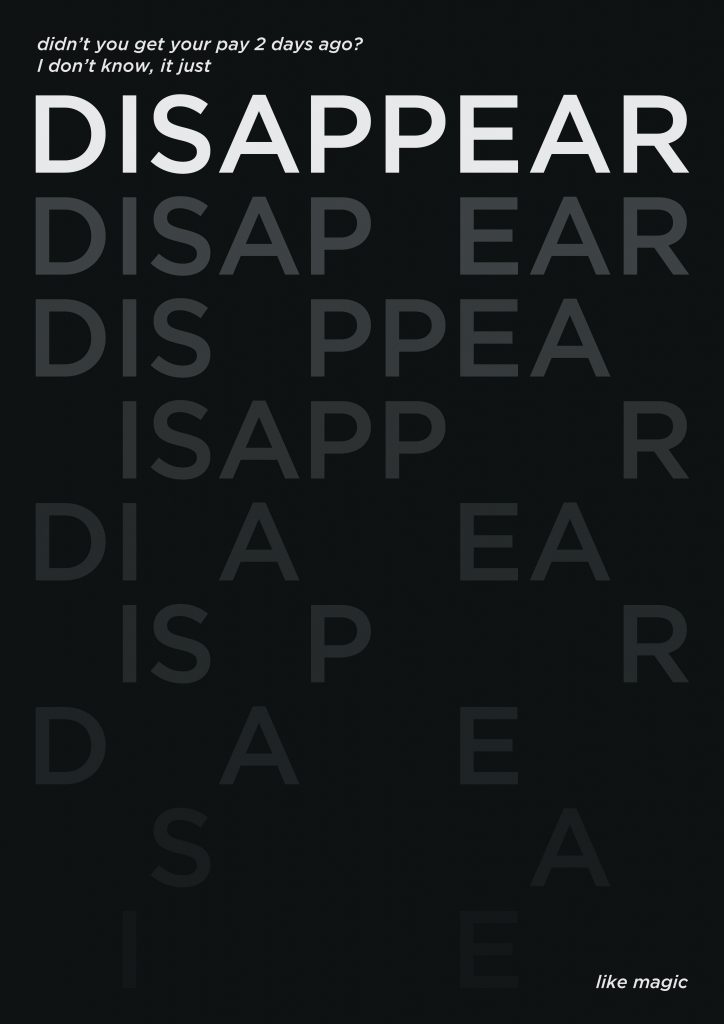 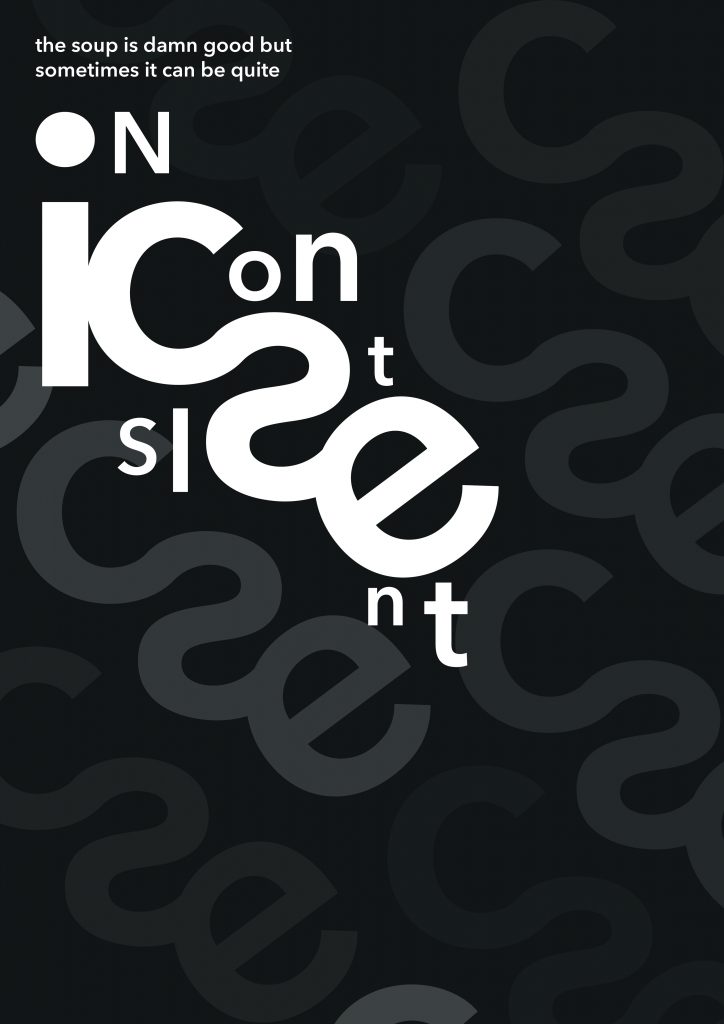 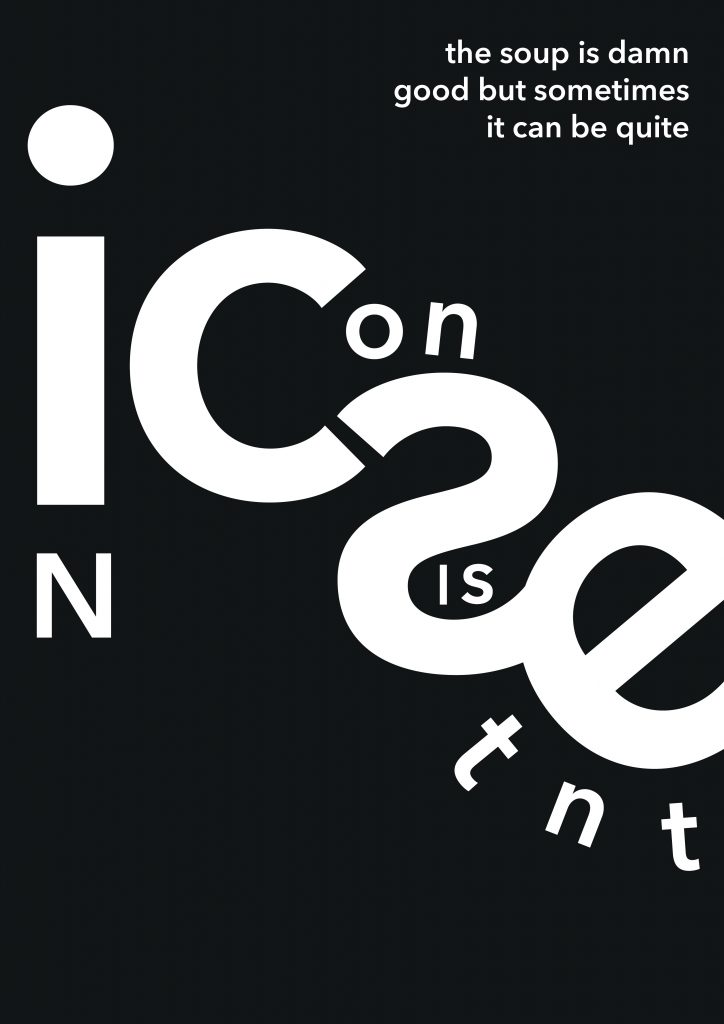 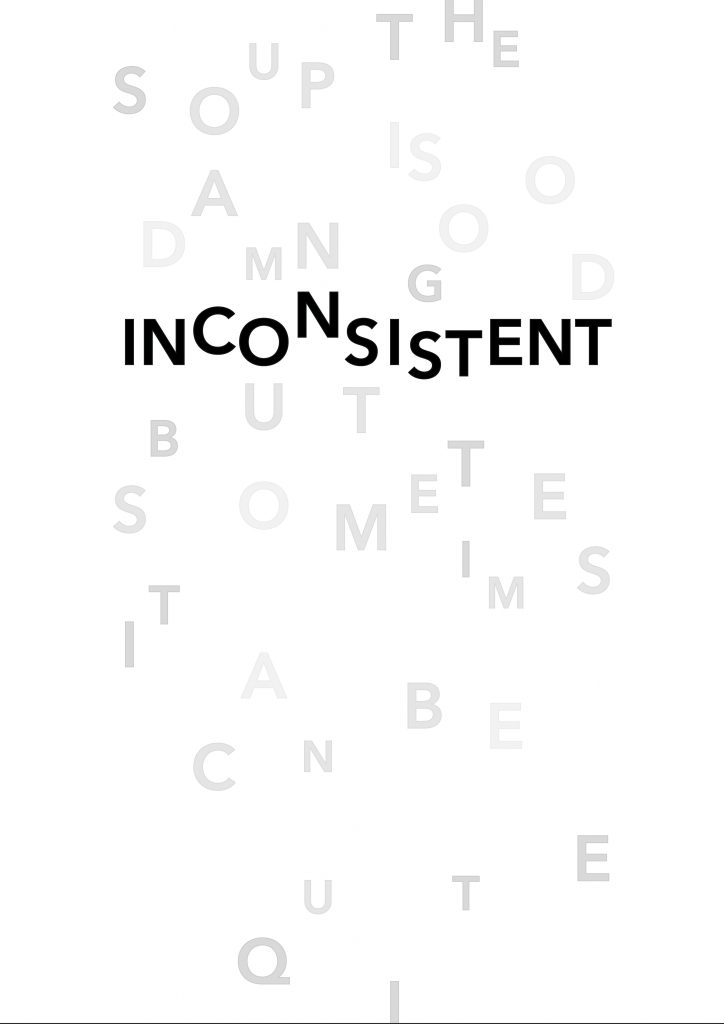 Some feedback:
– Margins could be wider, more negative space
– inconsistent looks too consistent
– maybe could add 1 more colour to the b/w posters 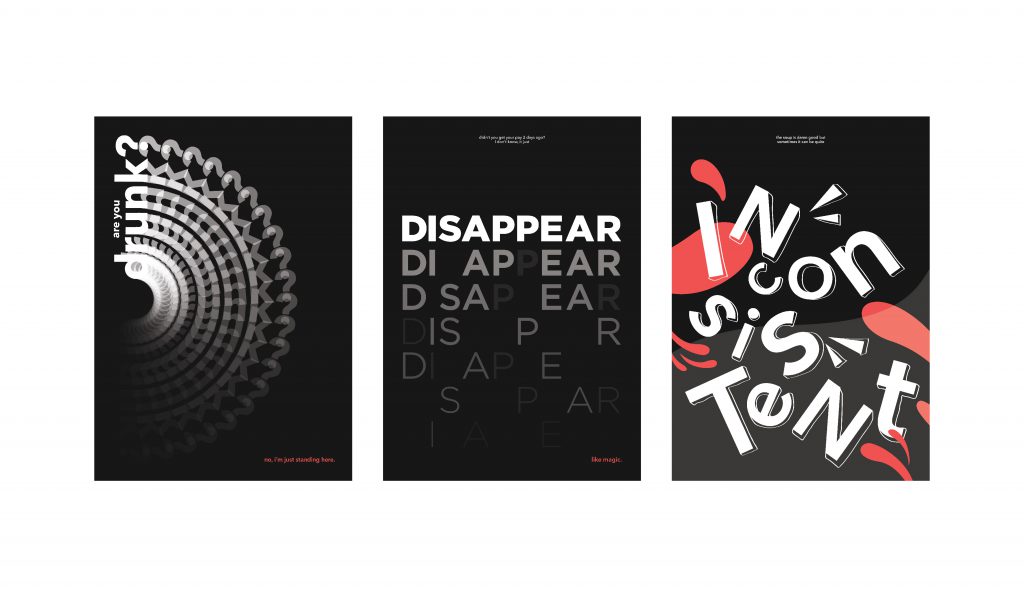 Lastly, I think in all the posters, the hierarchy and emphasis is extremely important for all as there are a couple of words in the quote. Thus, the decision to emphasize on certain word/words is crucial to keep a good hierarchy for the viewers as they look at the posters.