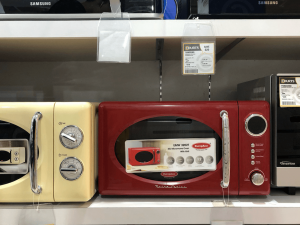 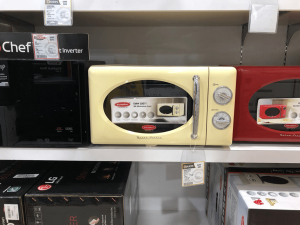 This field trip couldn’t have come at a right time as I needed to buy a hard drive and I used the opportunity of this field trip to do so. I happened to saw this microwave and was quite taken aback by the design, solely because it was the only bright red item in the entire aisle.

Microwaves are probably the one item that stands as an emblem of the soft transition between teenage-hood and mature adulthood. They lie awkwardly between the fork road of commodified luxury and the  item you can’t survive without burning a hole through your pocket- heating up stale meals. Microwaves are probably the most popular product a “coming to age” adult would invest money in, and thus would be interesting to see how companies market them.

Looking at the designs above, I loved the take back of the semi geometrics contours and instead of the standard 4:3, this is geared towards 16:9, generally quite pleasing to the eyes. The buttons designed are also relatively simple, the beige with two while the red has five. However, I would suggest cutting it to two, heat and time because thats honestly only what I need. I believe if they had a target audience in place for any particular product, such as the microwave, they should tweak the visual qualities  accordingly. Yellowish beige and royal red are a bit too dull for my taste. 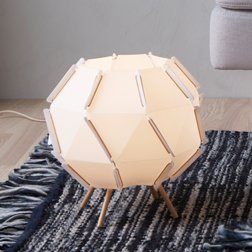 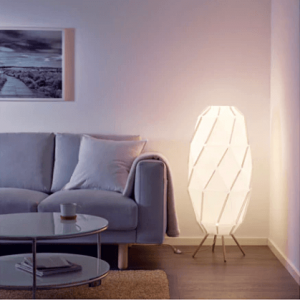 This is a lamp that I found really interesting because it has a certain animalistic quality that I tend to be drawn towards when I sketch up designs. (Insert my own drawings below) It is not only cheap at $30++ but it extends from being a table lamp into a full blown standing light stand as well. I found it especially interesting as it was a westernised brand with an oriental outlook on the concept of “soft light” Upon researching on the designer, Mia Cullin, I came upon her portfolio of work that focuses on softer aesthetics that finds an acute balance between the sensibility of the furniture as its own entity with the capability of interacting with the audience. Most of her work focuses on the curvilinear structure of the furniture or lighting, coupled with the minimalistic, almost skin-like quality of the surface texture, definitely a pointer I should note in my own designs. 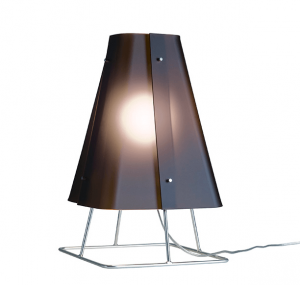 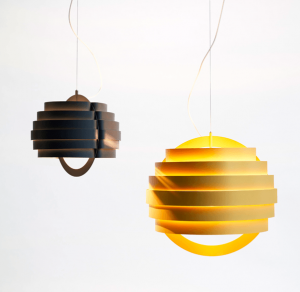 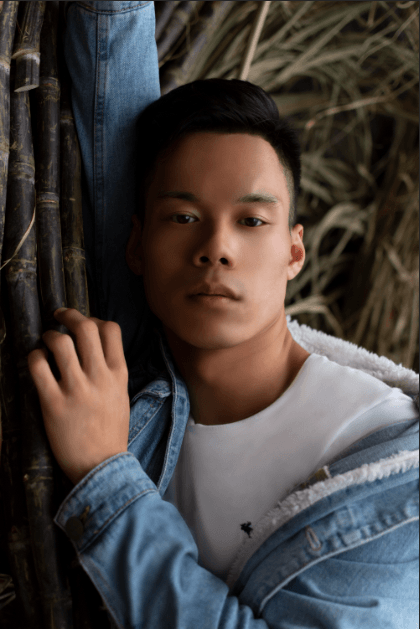 As you can tell by now I didn’t follow the assigned boundary of the assignment for my first attempt of the task, which stated that lighting adjustment wasn’t encouraged and frequency separation kinda had to be used. Thankfully we had another attempt to go at it.

The original photograph was actually shot at Little India, right in front of a sugarcane stall, so my friend Dustin had to lie down to fully utilise the sugarcane as composition accessory. I felt that the denim paired well with the brown tones as it gives a strong, rugged appearance to the concept. I shot this with a 35mm 1.8 on a D5600, low aperture to focused solely on the face.

This segment consists mainly of using the healing brush and clone stamp to clear off the minor freckles and discolourations that would be a bit of a hassle in the later process of frequency separation.

This part was where most of the work came in, whereby I separated the image into two layers, mainly low frequency which is the colours and tonal values, whereas the high frequency consisted mainly of the textures. This segment helps to contour the face as well as remove any bigger patches of discolouration, without taking away the natural skin texture.

With the help of Bryan, I even took the FS to the clothing as well, removing the noticeable crease with the white T-shirt and denim jacket. The veins on the arms are also lightened without taking it away entirely.

This segment calls for the brightening and darkening of certain areas using a 50% gray layer. I brightened up the light eyebags and lightened the white T-shirt t give a stronger dimension.

As Bryan had mention in class, liquify serves to make an already perfect face even more perfect without compromising the original quality of the model. This segment I used liquify to lift up my friends eyelids on the left as he tends to have a lower eyelid when he gets tired, pulling the lids to match the other eye. Also, I pushed the nostrils to be of the same size, as well as lift up the jaw a little bit since he was lying down and vulnerable to gravity. Some parts of his hair was also liquified to volumise it as well as shift a little bit of the hairline. I also went through one last round of sharpening using the high pass filter. 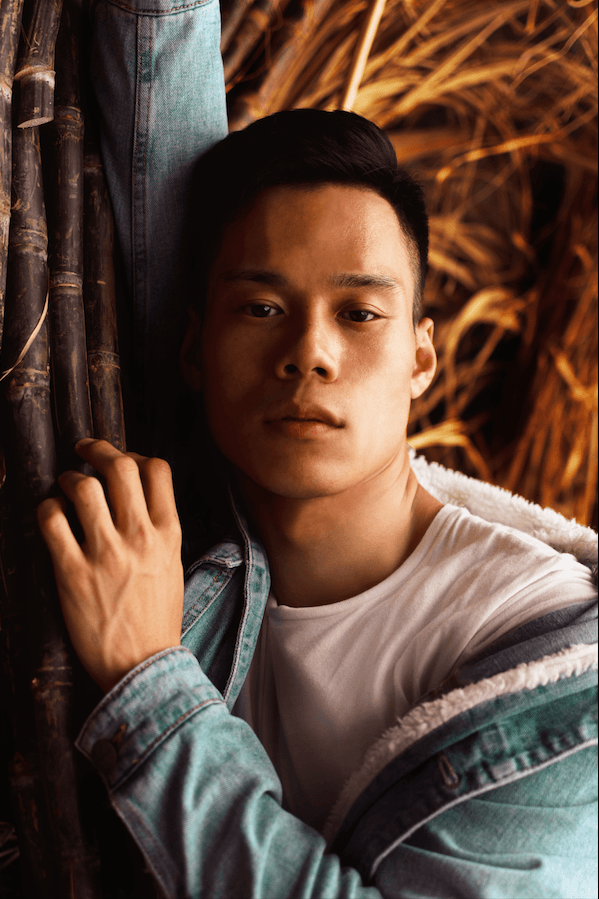 For this photograph I was just aiming to clear up the subject and reduce the editing to the minimum. The only touch ups I did on the subject would be the skin texture as well as some tonal value. 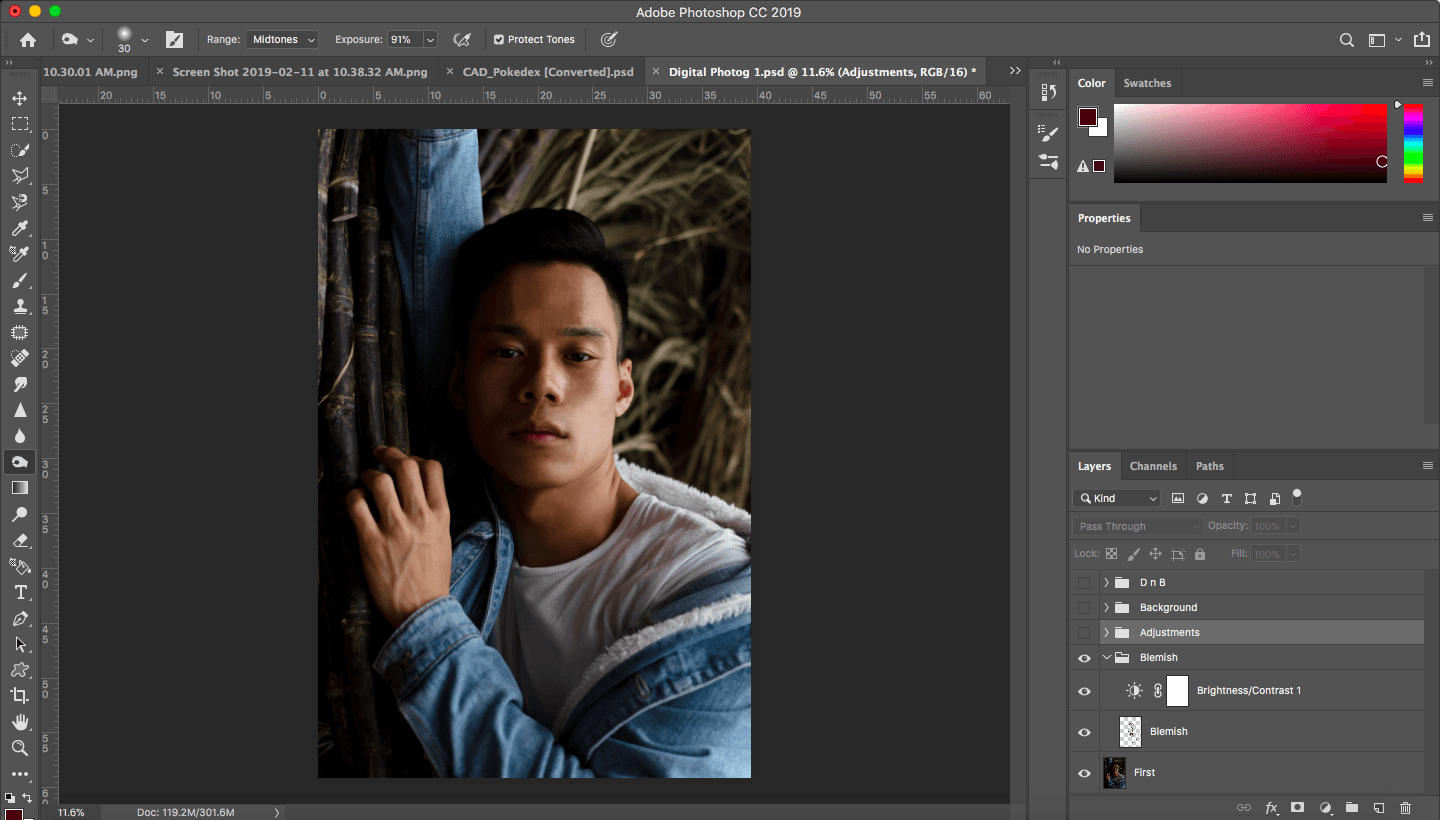 This layer was the fundamental edit of the texture, clearing off bigger pores or acne scars as well as really obvious vein lines. 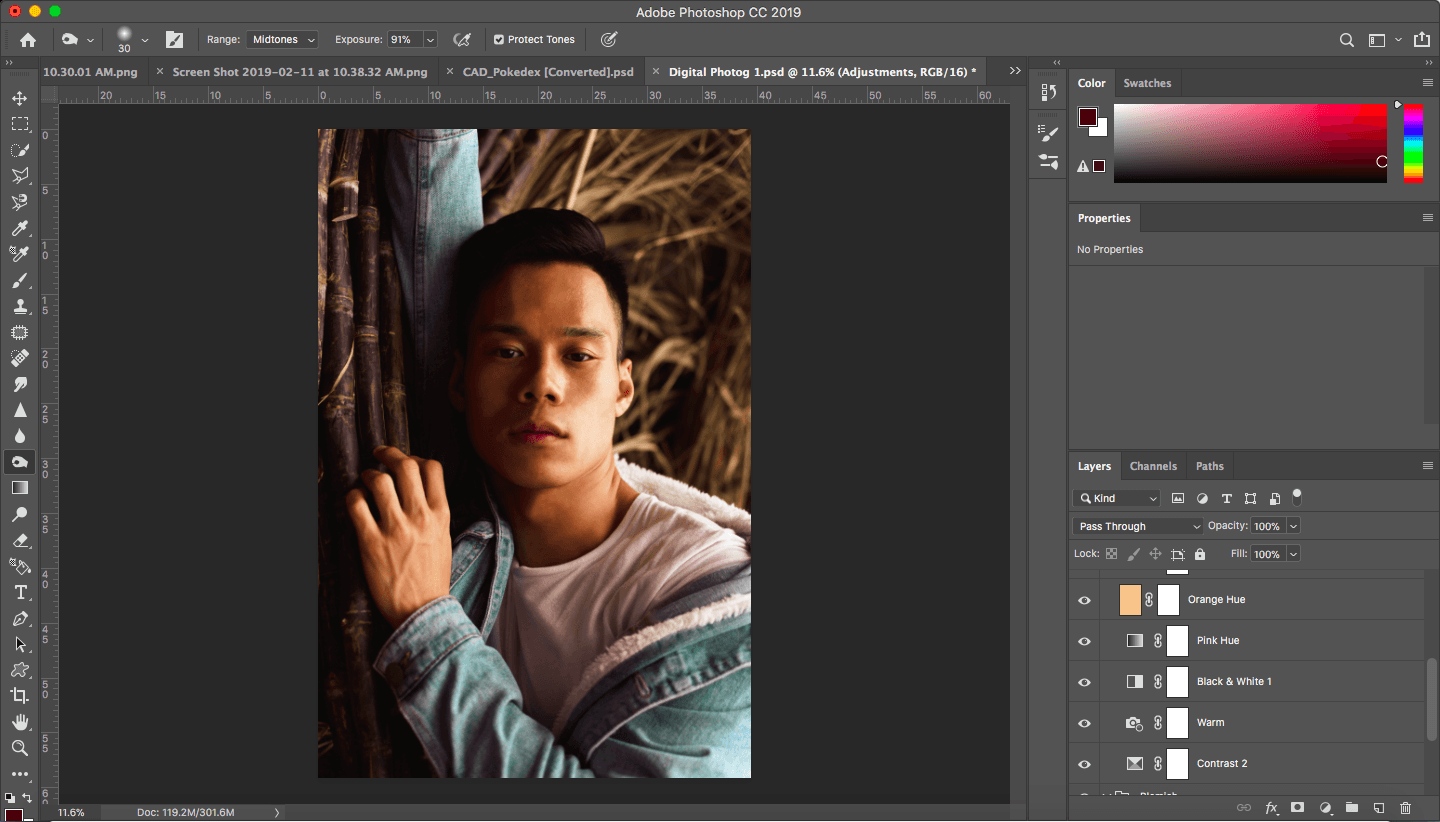 Afterwards I did some slight colour correct. 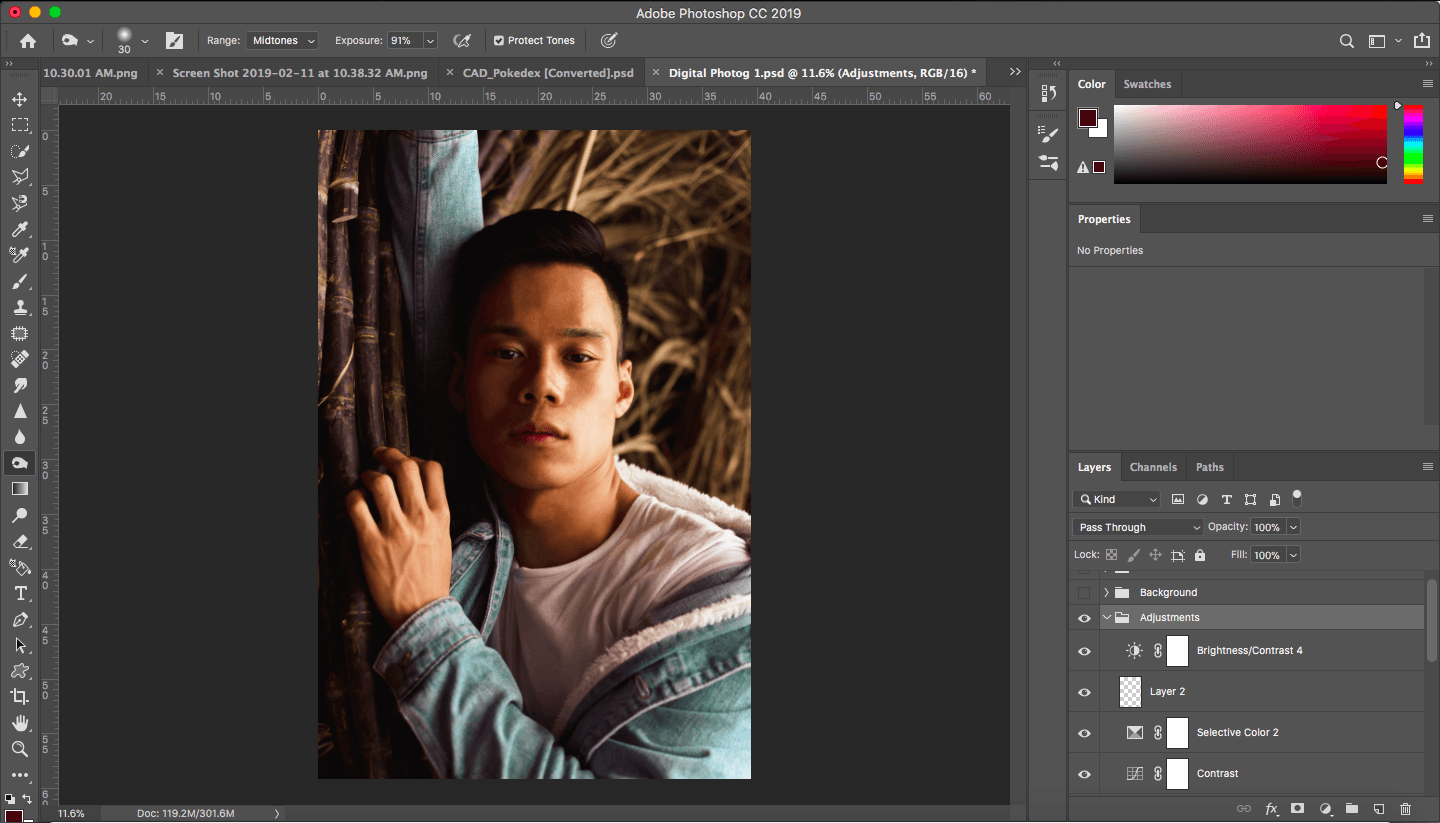 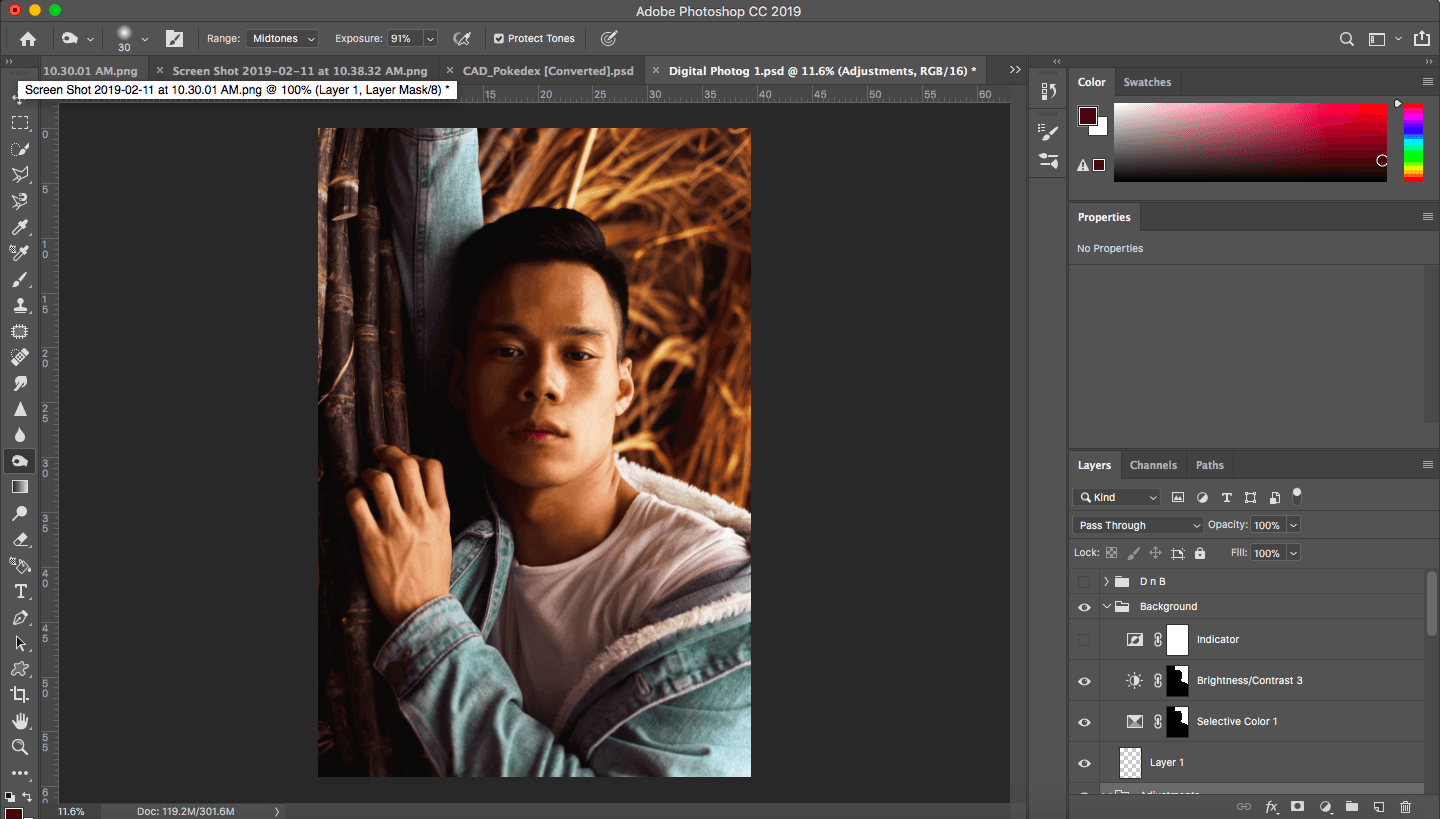 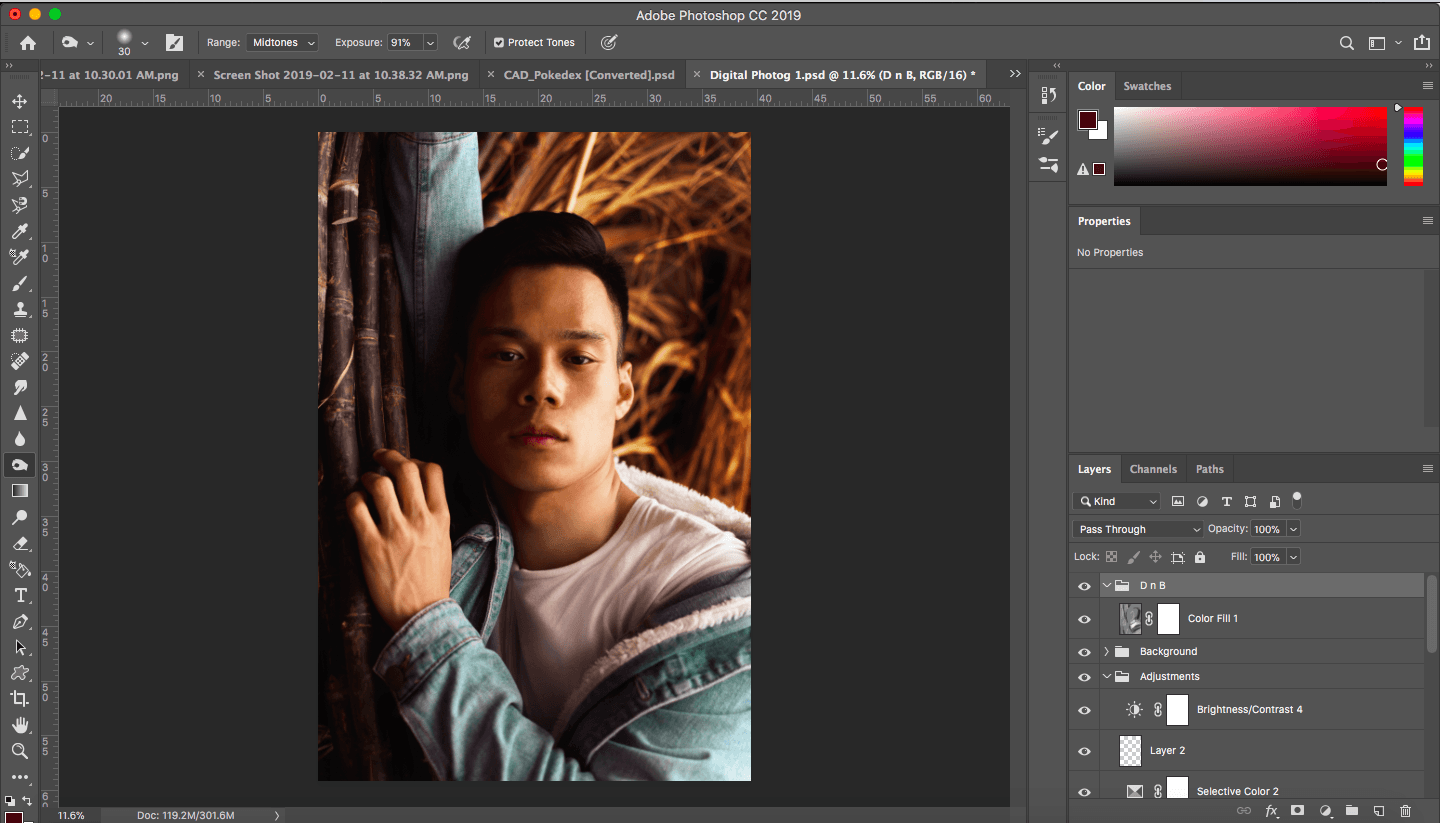 The last section is my edit on the background to change the colour as I realised it was a tad desaturated.