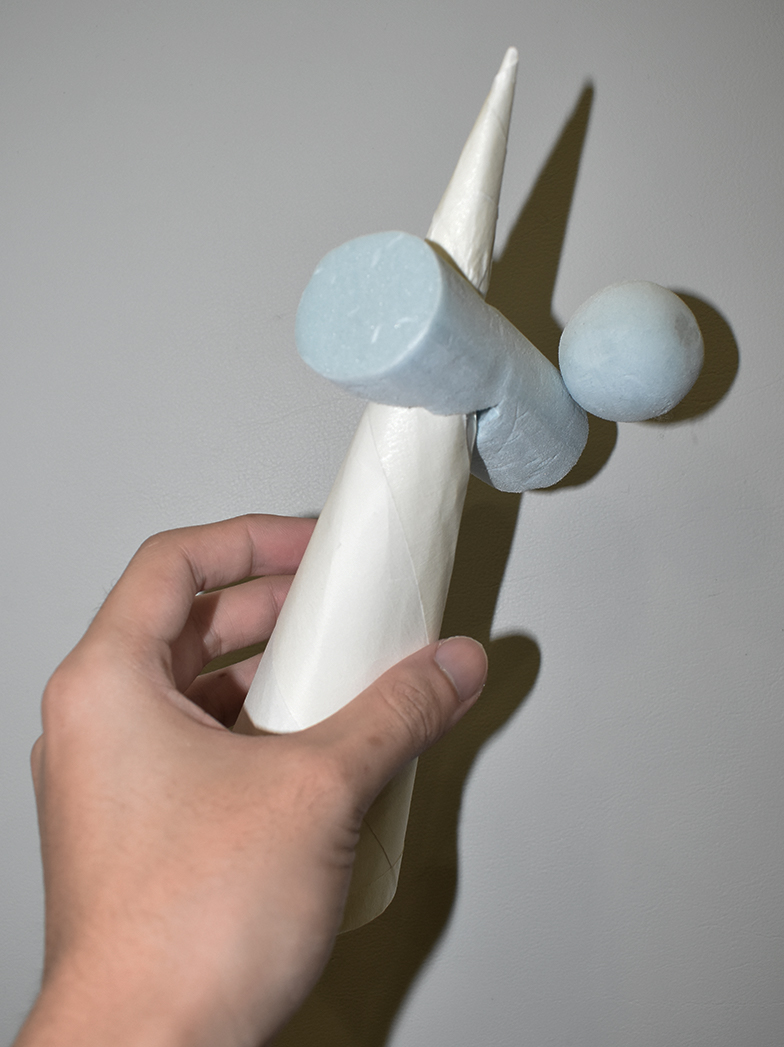 This week we were tasked to investigate the relationship between cones, cylinder and spheres. In comparison to the previous tasks, we are required to avoid perpendicular placement, playing with independent, dependent and precarious balance. In the sketch model above, I attempted to explore independent balance with the Dominant Cone being the one as the main support. The subdominant Cylinder is pierced by the Cone. The subordinate Sphere is tilted on the Cylinder. A point to note would be the resemblance of size between the circumference of the cylinder and that of the sphere.

In this model, I attempt to investigate precarious balance as the Subordinate Cone and the Subdominant Cylinder depend on each other to balance- with the tip of the cone and edge of the cylinder being the main axis of support. The Dominant sphere is placed on the cylinder, on a dynamic position of rolling down. 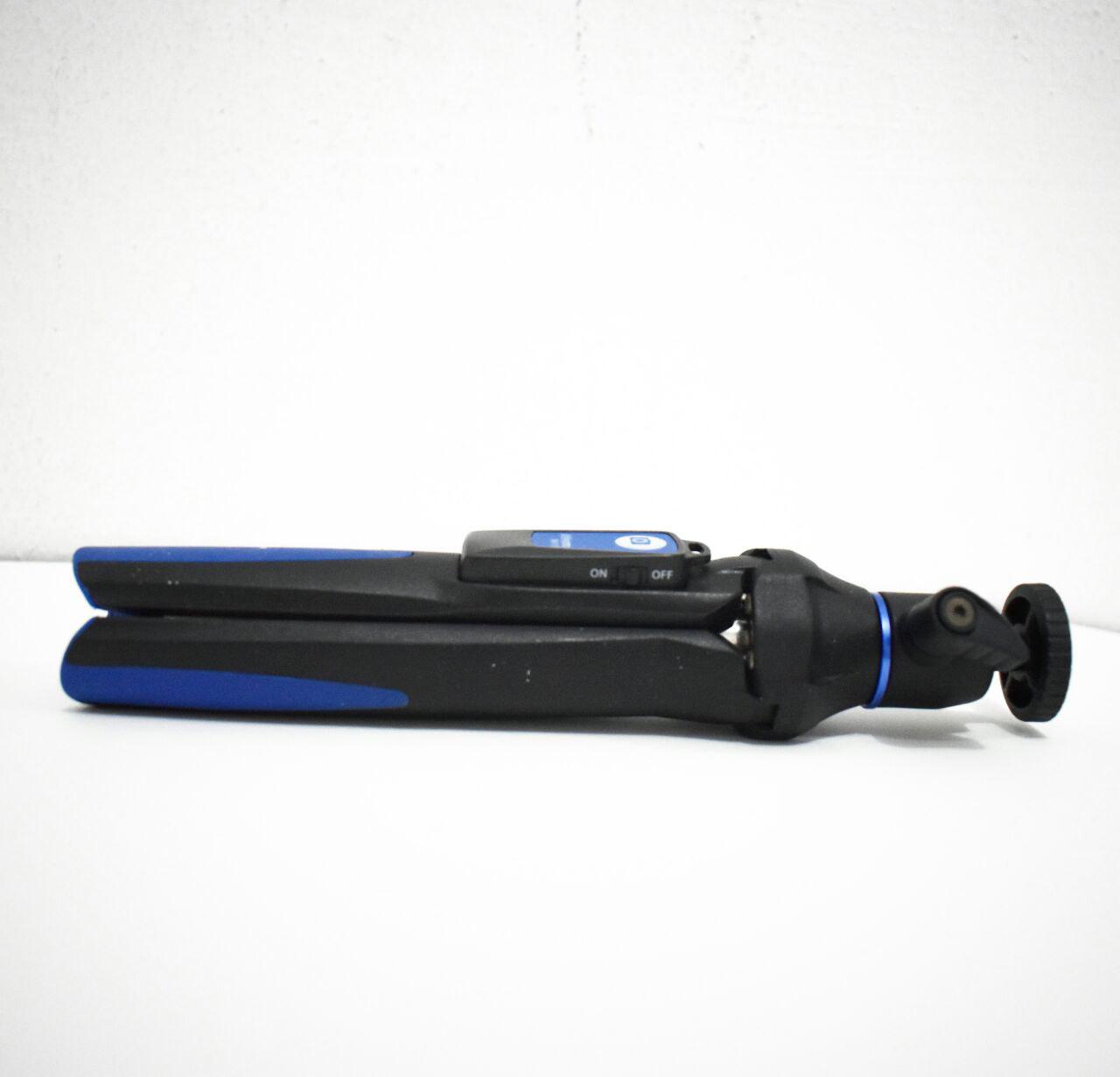 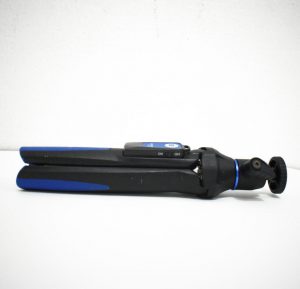 This is a $30 configurable tripod. This is 3-dimensionally interesting to me. It is extendable and changes in size accordingly. I like how the matt black contrasts to the metallic silver, highlighted by tints of blue. It is symmetrical on both sides with exception of the hinge on the top. There is also a negative space of a conical within the tripod’s standee. This is a tripod. 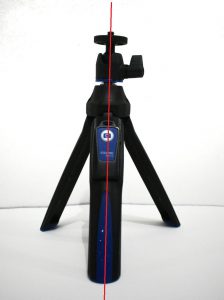 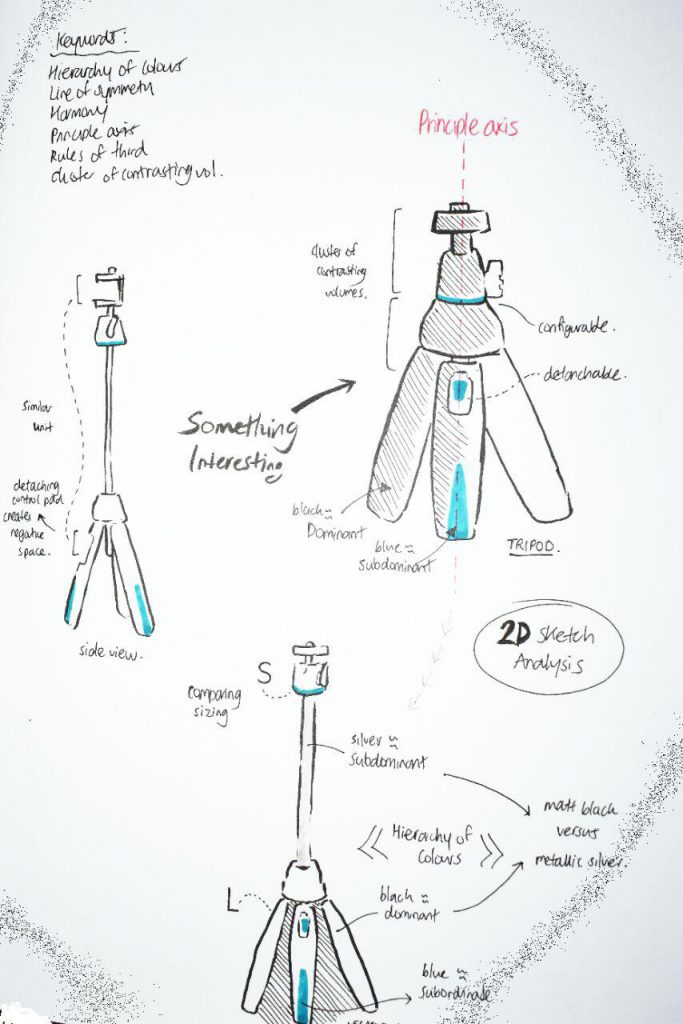 After showcase, i realized the extent to which how different design concepts affect the product design of this tripod.       Colour concept. The interest i found in the idea of matt black versus metallic silver descends into the triptyke of dominant, subdominant and subordinate identities- with matt black being dominant, silver being subdominant, and blue being subordinate, each playing an irreplaceable role. For example, the absence of blue tint on the tripod head denounces the color harmony of the tripod.      The play of volume is also important. It is where the audience are visually made to separate parts into different sizing or volume, such as the tripod head being a S size contrasting to the L size of the tripod legs. This gives the object a visually dynamic presence, having a  heavier base and thinner head.