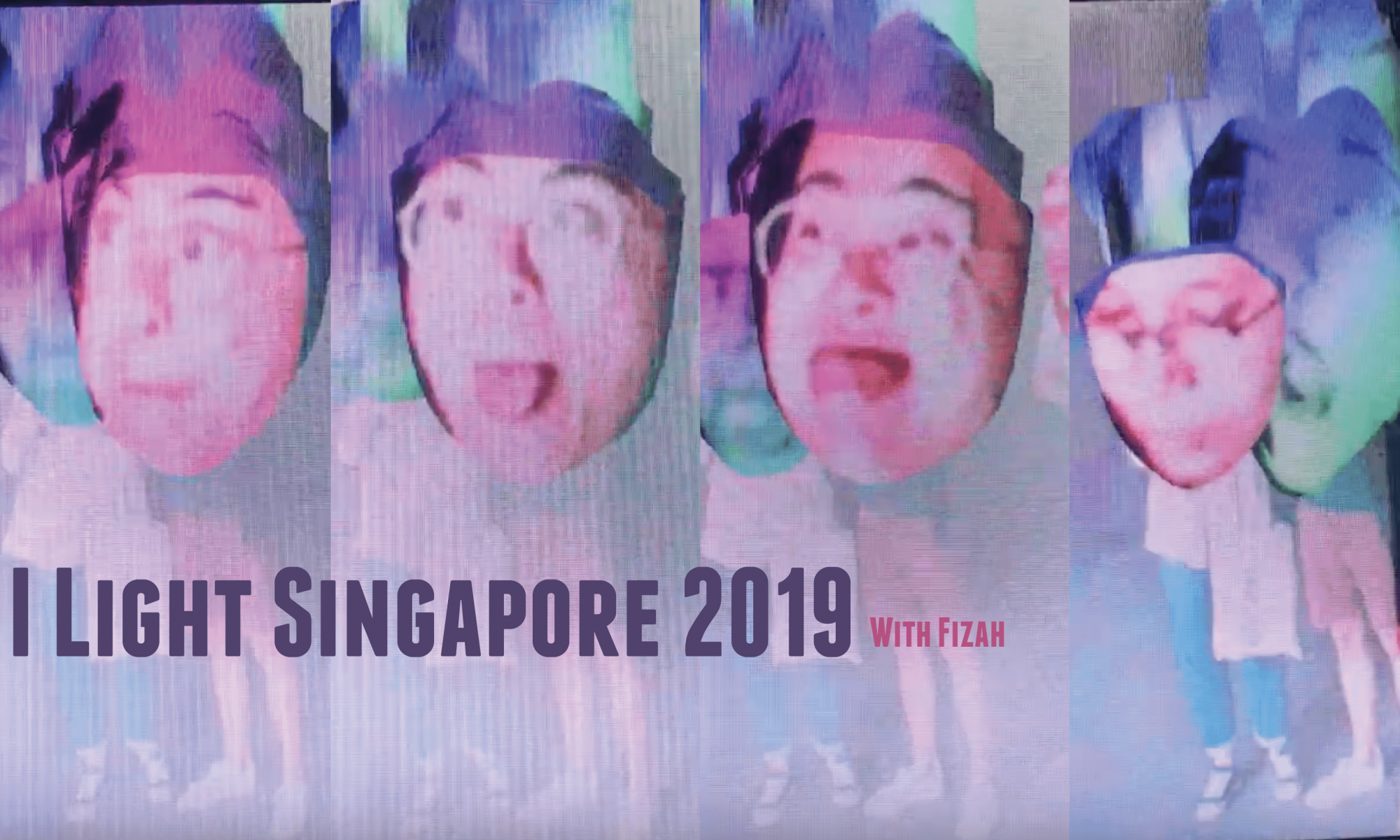 I went to I Light during its opening on Monday with Fizah. It was like our first I Light experience and we started walking from the beginning of the trail. There are many interesting installations that were really good looking, but lack interactivity. Amongst all the works, I picked out these 2:

This artwork is a giant LCD screen that has a camera facing in the direction opposite the screen creating some kind of digital mirror. It was created as a ‘fun and satirical celebration of … selfie culture and universal surveillance…’ commenting on how facial recognition has become such a norm that we use it for our own enjoyment rather than worrying about how a computer is smart enough to detect our presence and as such is allowed to spy on us wherever we are.

The artwork allows for some lower form of interaction where the audience only gets to see themselves on the screen and react to their face being blown up in size. Audiences can also paint the screen with their face, as their blown up face will freeze in frame after a while. The audience thus gets to either react negatively by pulling back, or engage more with the artwork to see what they can do with it.

Audiences have to come to terms with their face being exposed and enlarged in open public, allowing the audience to consider or weigh their own privacy over the sake of art-making. It also discusses the narcissistic nature of our current society, how we are not afraid to show our faces to the world. 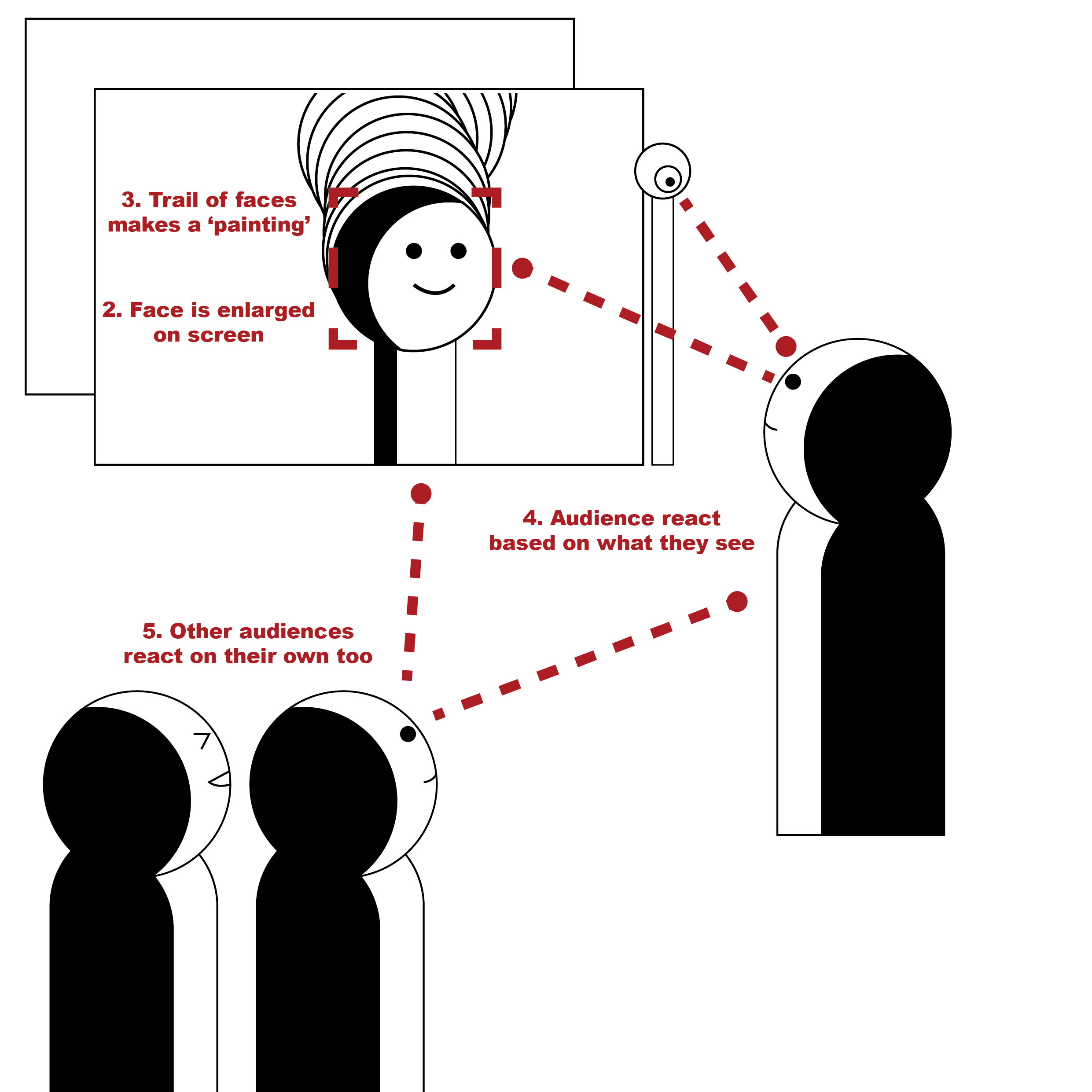 Video of Fizah and my interaction with the artwork:

This work is a piano that sits under a lit pavilion, facing a projection-mapped water tower. Audiences get to play the piano, which in turn causes the light in the pavilion to dim, as though it is a concert, and a projection will appear on the water tower in front of the piano in response the the note that is being played. The trees will light up in response as well.

The interaction seems to be intended to allow audiences to visualise music in a way that make them feel powerful, that their actions, no matter how poorly played, still can result in something so powerful and beautiful. The artwork also allow audiences to become a performer rather than just an audience, which also allows them to experience a glorious moment as if they are a concert pianist. Video of Fizah interacting with the artwork:

I like that most of the artworks are of an impressive scale. However, some are not interactive at all and have potential in being so, which was quite disappointing. It was overall a good experience, although a tiring one (my legs and stomach died cos town food is expensive!)