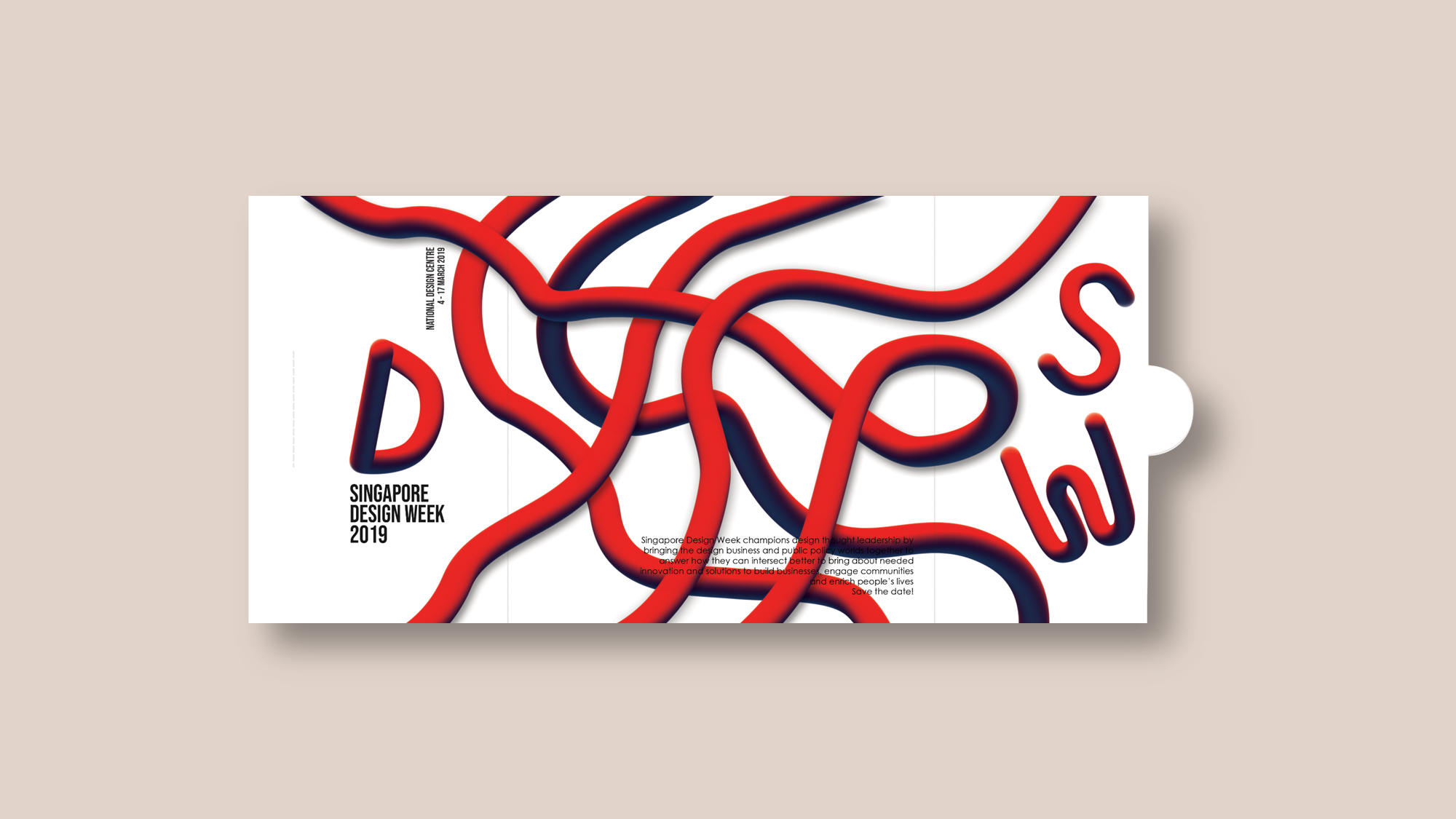 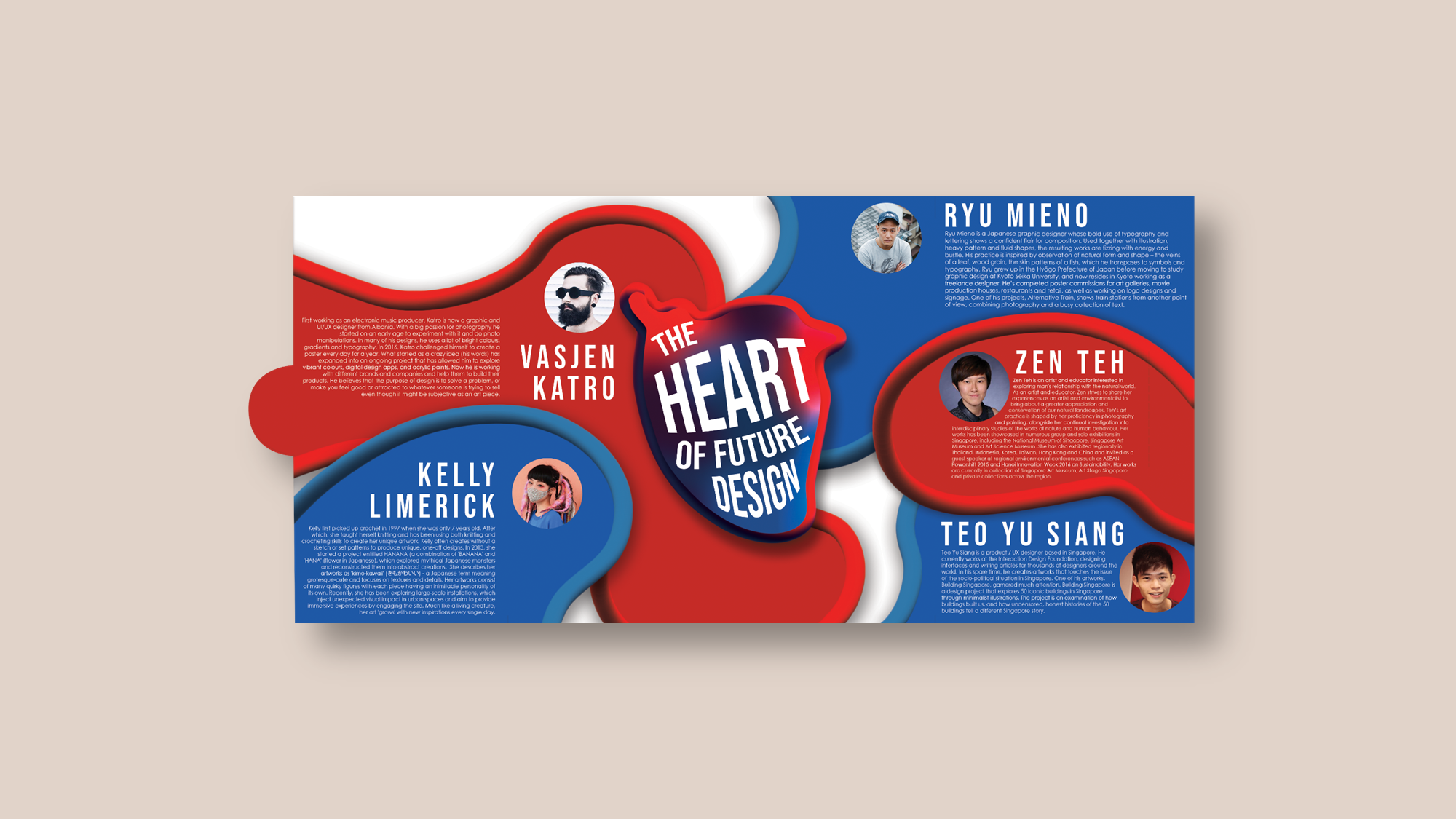 Building on the idea of “The Heart of Future Design”, I created a brochure with the same elements as the poster as well as creating new ones.

I decided to use the gate fold with a simple cut out and slit to keep the fold from being ajar. This was also to illustrate the idea of viewers having to unlock the brochure to get to the “heart” which is the first thing you see when you open the brochure.

Initially, while doing the mockup, I didn’t realise that because the two sides meet in the center, the veins should I align for it to appear to flow properly. However, I decided to prevent having any veins intersecting the central area of the to ensure that the focus is on the title “SDW”. I also made use of the veins to aid the gaze towards the title.

To create a contrast between the inside and outside of the brochure, I decided to use a bright red and blue. By creating a new element which is the blood cells looking blobs, it also creates an element of surprise from the cover of the brochure. I left several white areas to allow for some breathing spaces. The main issue I had while creating this composition was alignment. I was trying to avoid having any images or words cutting across the fold.

Here are some comments received during critique: