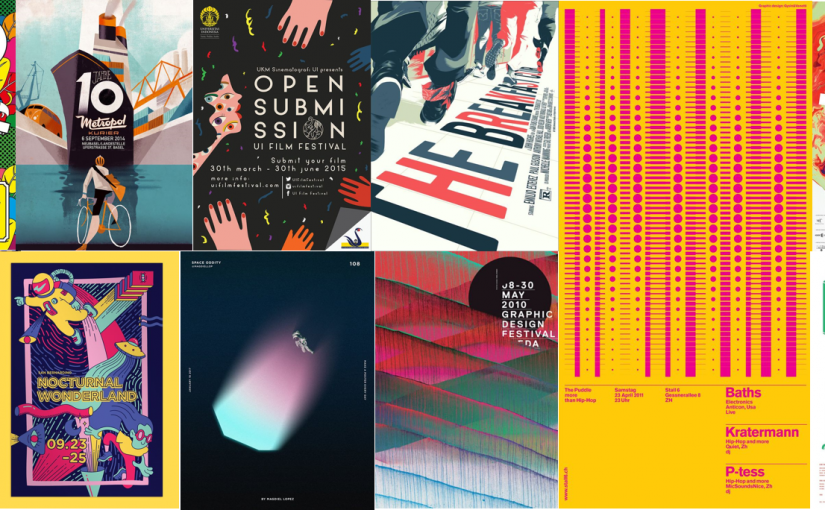 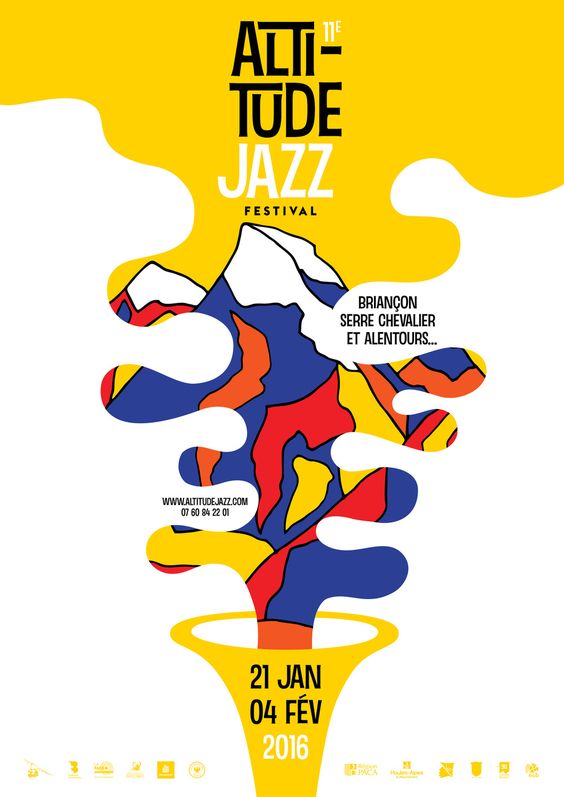 As the event name suggest, the poster is promoting an event called the “Altitude Jazz Festival”. In the poster, we see the component of “Altitude” depicted in a vector of mountains and “Jazz” is shown through what we can assume is a trumpet at the bottom of the poster.

Looking at the poster, I feel calm and at the same time excited. I think the calmness is attributed to the smooth lines and curves in the poster. The excitement I think was from the vibrant colours.

The seamlessly integration of the two different components (Altitude and Jazz) together stood out for me. The poster has a good balance of positive and negative spaces, hence it doesn’t feel cluttered or messy. The “clouds/smoke” helps to guide the flow of how the poster should be read from top to bottom.The colours used in the composition is very vibrant and youthful. The usage of primary colours, I felt helped to contribute to the youthful imagery.

The visuals and colours really help in capturing the attention, however, I did wish that the text could have been integrated into the poster better. 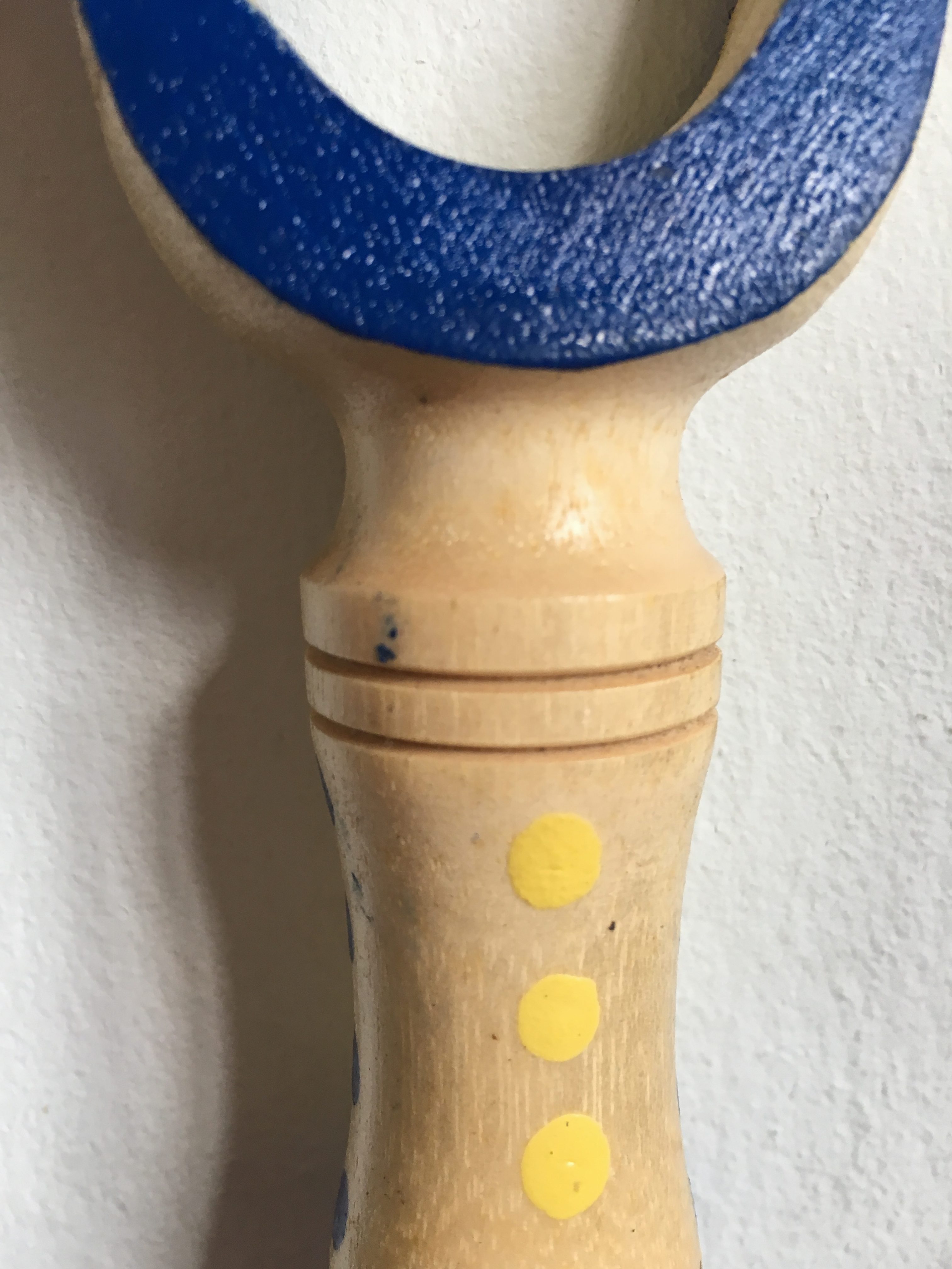 The object that I found interesting was a slingshot. I believe I got it during the SG50 celebrations together with some other traditional games. 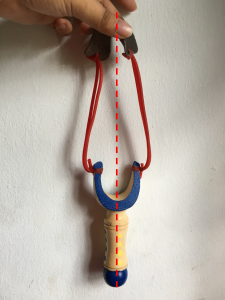 What interest me was the shape of the slingshot. When divided by its principal axis, both sides are symmetrical. The dominant of the slingshot is the wooden areas, sub-dominant is the blue colours and subordinate is the red band.

Here is an image of the side profile of the slingshot. 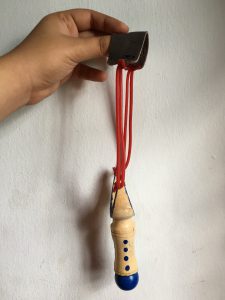 Let’s divide the slingshot into 2 parts; the upper half and the lower half. 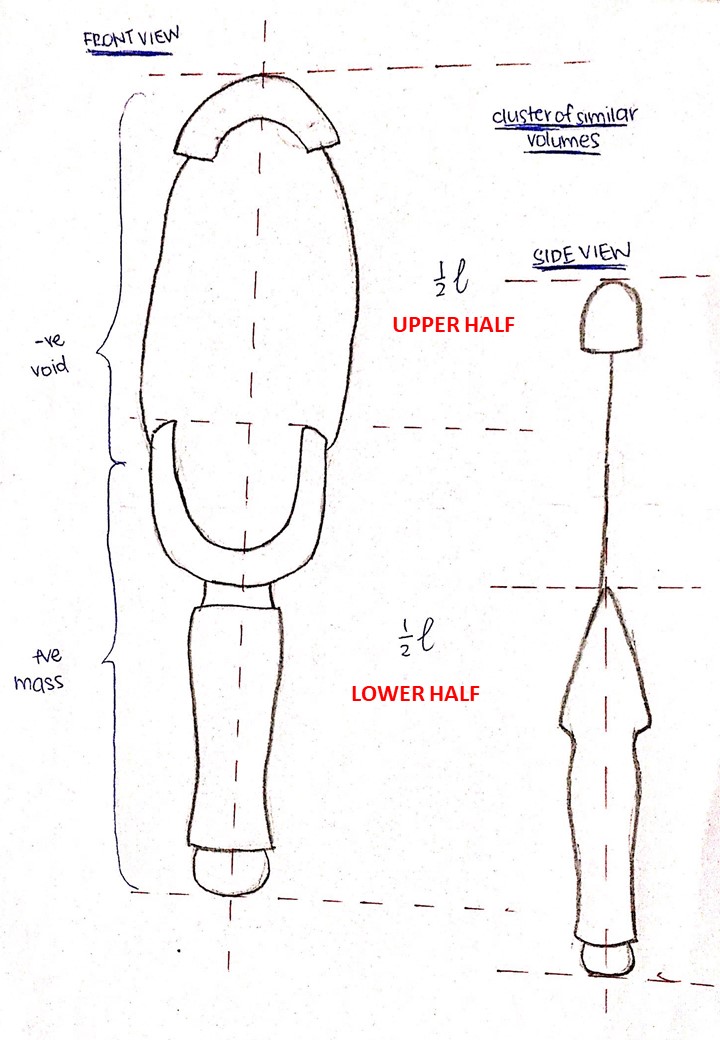 In the upper half of the slingshot, the negative void takes up half of the volume while in the lower half, the positive mass takes up the other half. Hence there is a cluster of similar volumes of a half-half ratio.

Some other details I found interesting was the additional details such as the grooves. Even though there may not be an ergonomic purpose to the grooves, I thought it served as a good aesthetic compared to just using paint all over the slingshot. 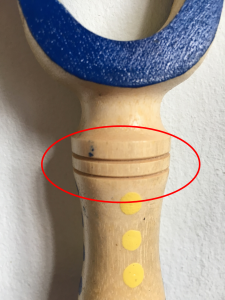 Also, the handle of the slingshot was designed to concave inwards, which was an ergonomic design allowing for a better grip as compared to a straight cut handle. 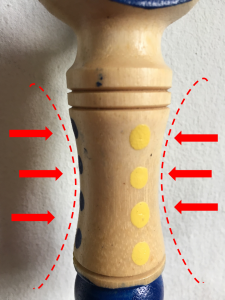