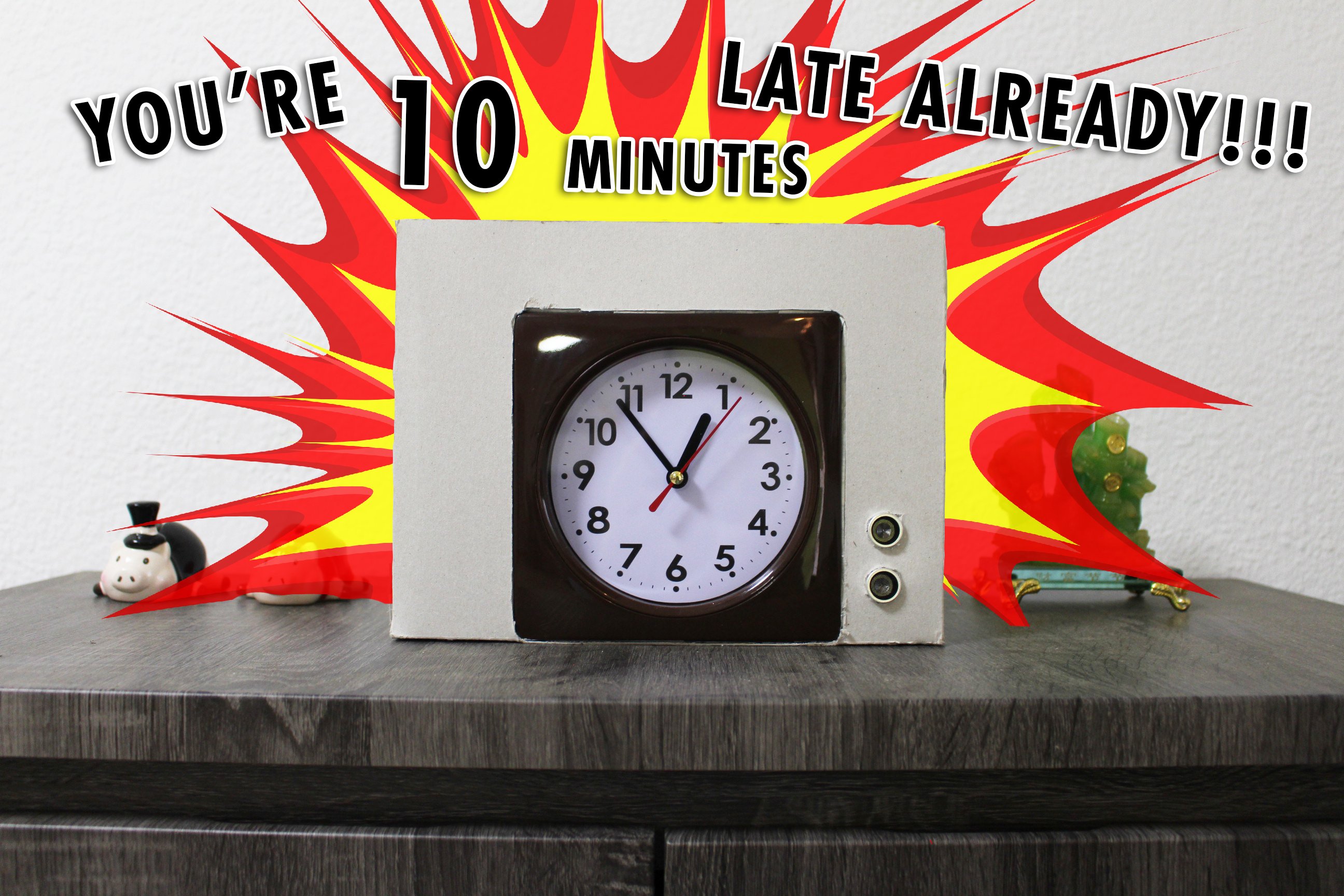 To view all photos at higher resolution and gifs, please proceed to: https://drive.google.com/open?id=17KCQ7ZUC2A8KgOx18z-wq2roRWGXF5mH 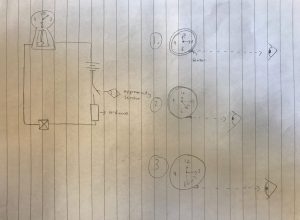 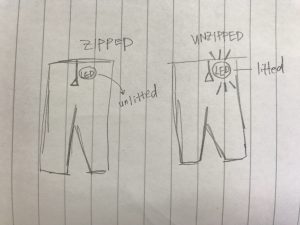 Shao Jie and I initially wanted to come up with an idea that would help someone. Hence after much brainstorming, we decided that the people who needed most help were those were constantly late. We settled on bringing forth a ‘You’re 10 min late already!!!!’ clock.

After our idea pitching, we were told that it was feasible and that we could do up a card board prototype with just 1 hand. 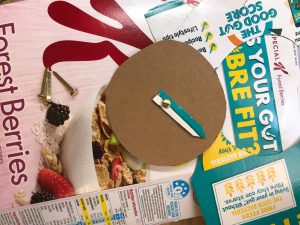 Initially the idea was simple, <gif 2>,
all we had to do was code a motor that spins 360 degrees and combine it with another code that moves the motor faster to 90 degrees position when the sensor detects something and moves back when the sensor does not have a reading.

However, we came to realise a lot of problems with this concept.
1. Biggest problem was making the motor spin 360. 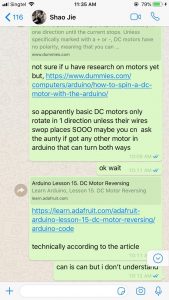 We gave it an extra thought and realise we thinking too much already. We just needed to hack a working clock because it was already moving 360- this would solve the above mentioned problems.

Since at this point we have lessened our load, we decided not to settle and added a buzzer to enhance the user experience. 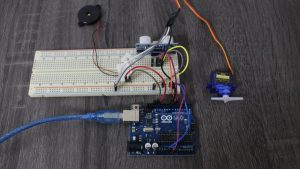 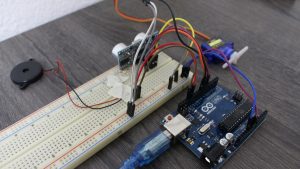 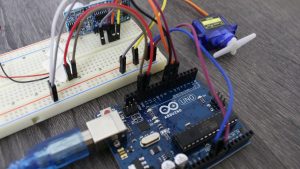 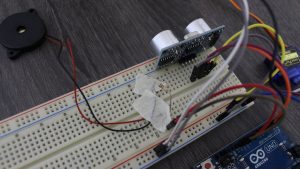 First, we learnt how to code on using a ultrasonic sensor to control a servo motor. 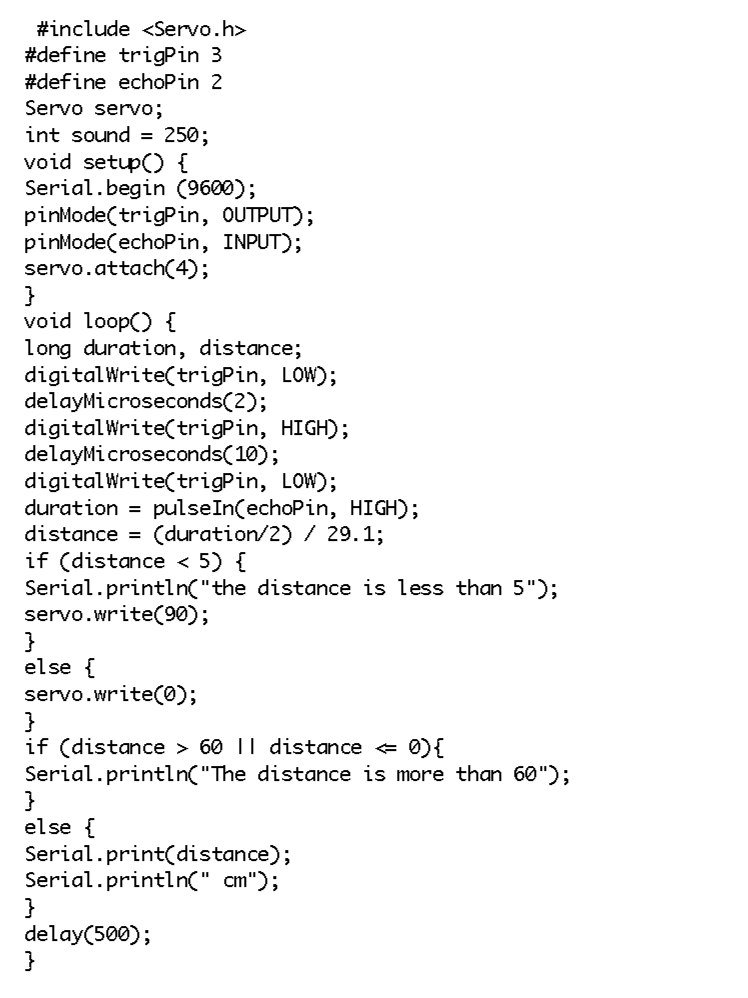 Initial code taken from the internet, the video above, to control the servo motor using ultrasonic sensor. 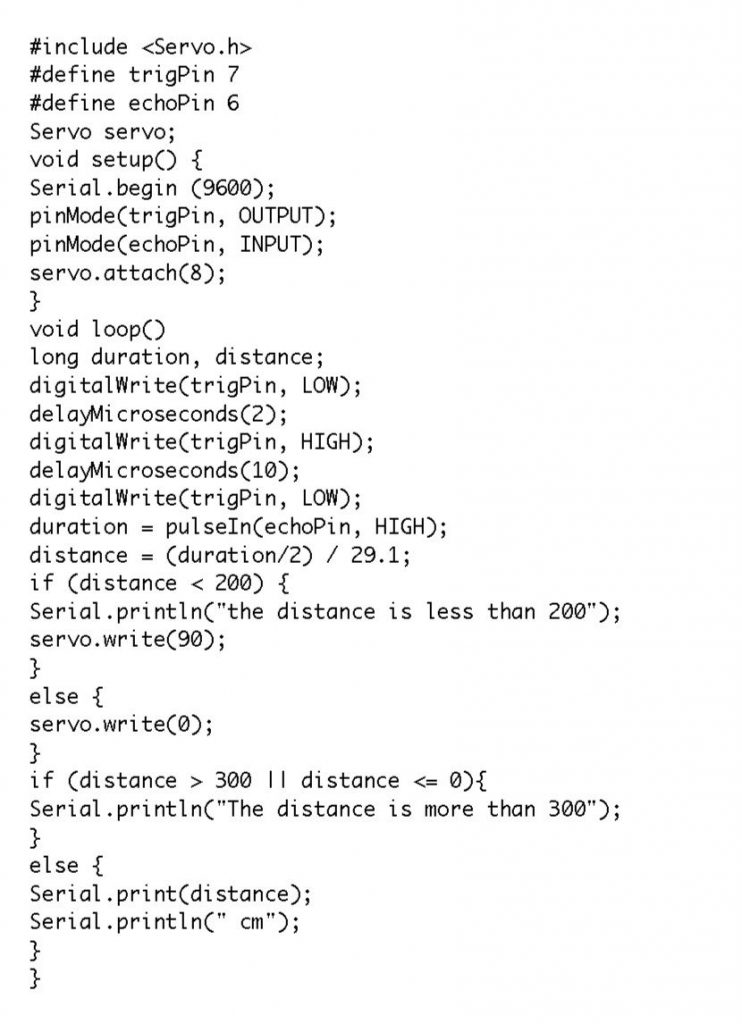 Code modified to the pins that we connected our sensors and motors to. Problem was that the distance we changed for the sensor to detect was not what we wanted and the servo motor rotated anti clockwise instead of clockwise like a handle of a clock would. 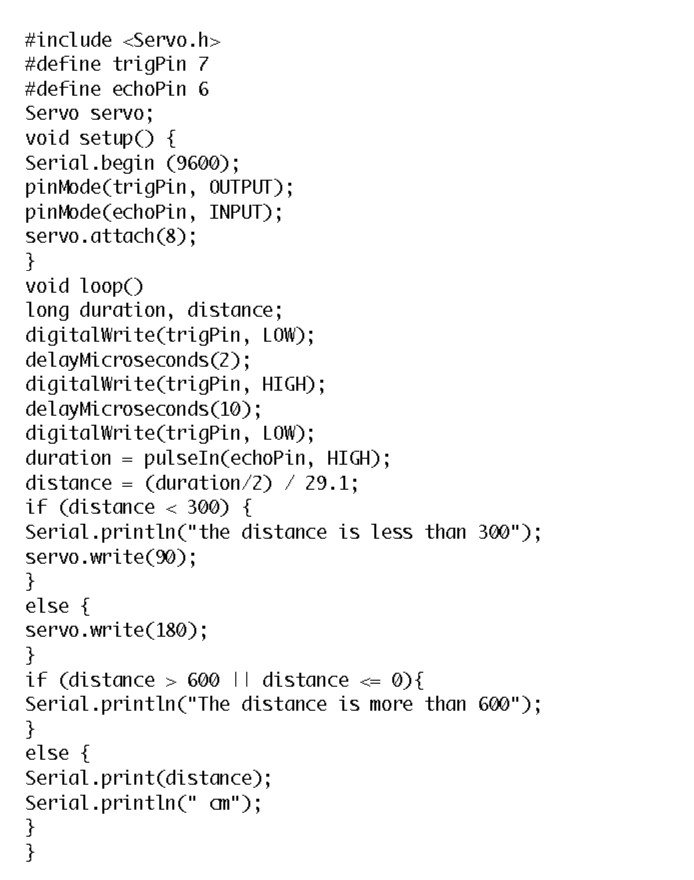 Here we changed the distance at which the ultrasonic sensor will sense a movement as well as changing the rotation of the servo motor to clockwise. 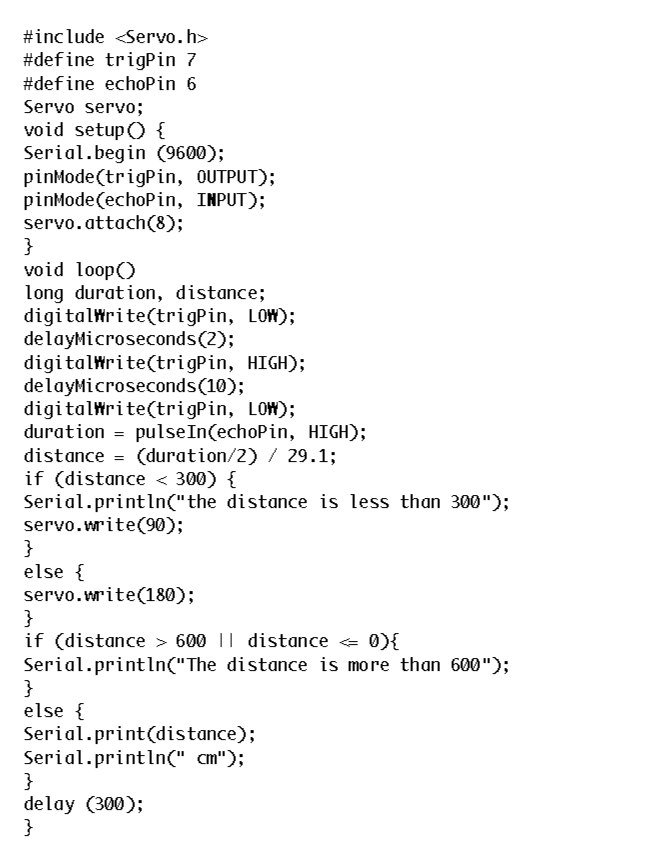 Next we added a delay of 0.3 seconds because due to the ultrasonic sensitivity, the servo motor keeps flickering, random movements/ rotations. The delay solves this issue and stabilises the flickering. 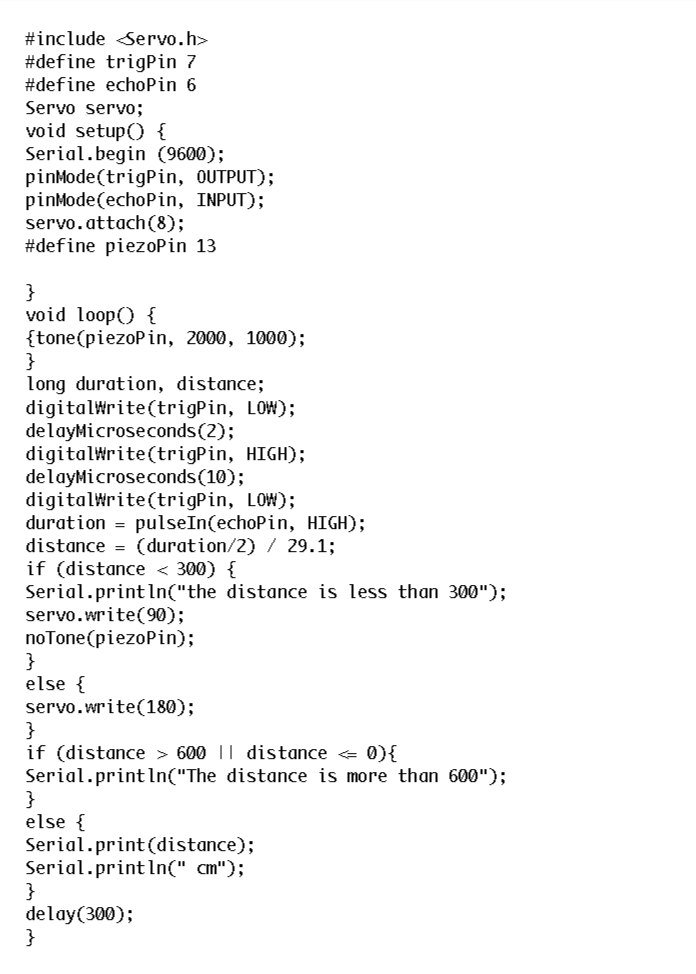 Finally, we added the code for the alarm to alarm when a movement is detected, i.e. the user stands in front of the clock. 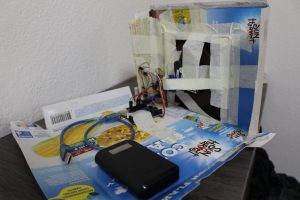 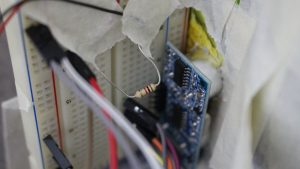 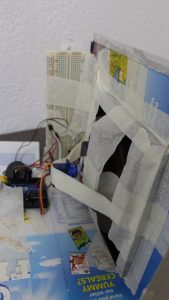 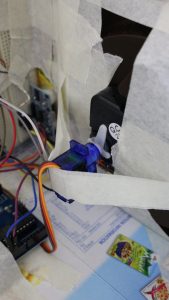 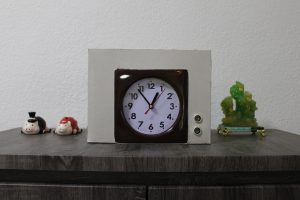 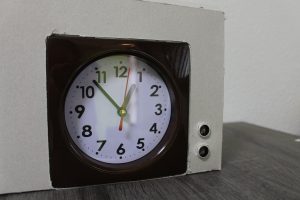 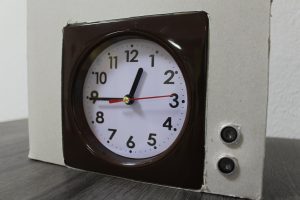 2. From their reaction, our participants were generally intrigued by our object both the concept and the making. They wondered how it was made and were surprised about how we attached the servo motor to the clock.

3. First problem surfaced when we wanted to make the whole object from scratch, using just Arduino and motors instead of having an existing clock. There were difficulty finding a code for using servo motor to make an analog clock as a servo motor can only rotate 180 degrees and not continuous 360 degree. For this we wanted to but another motor but realised we could just buy an existing clock and hack it which will be so much easier to achieve the same results. Hence we scrapped the making the clock part and since we only needed the motor to move about 15 degrees clockwise and anti clockwise, we still can use the existing servo motor instead of buying another. Other problems that surfaced during the process are in 1. which leads to the object not behaving the way we intended. A thing to improve will be the finishing if we were to continue building upon it but since it’s a prototype, cardboard will suffice. 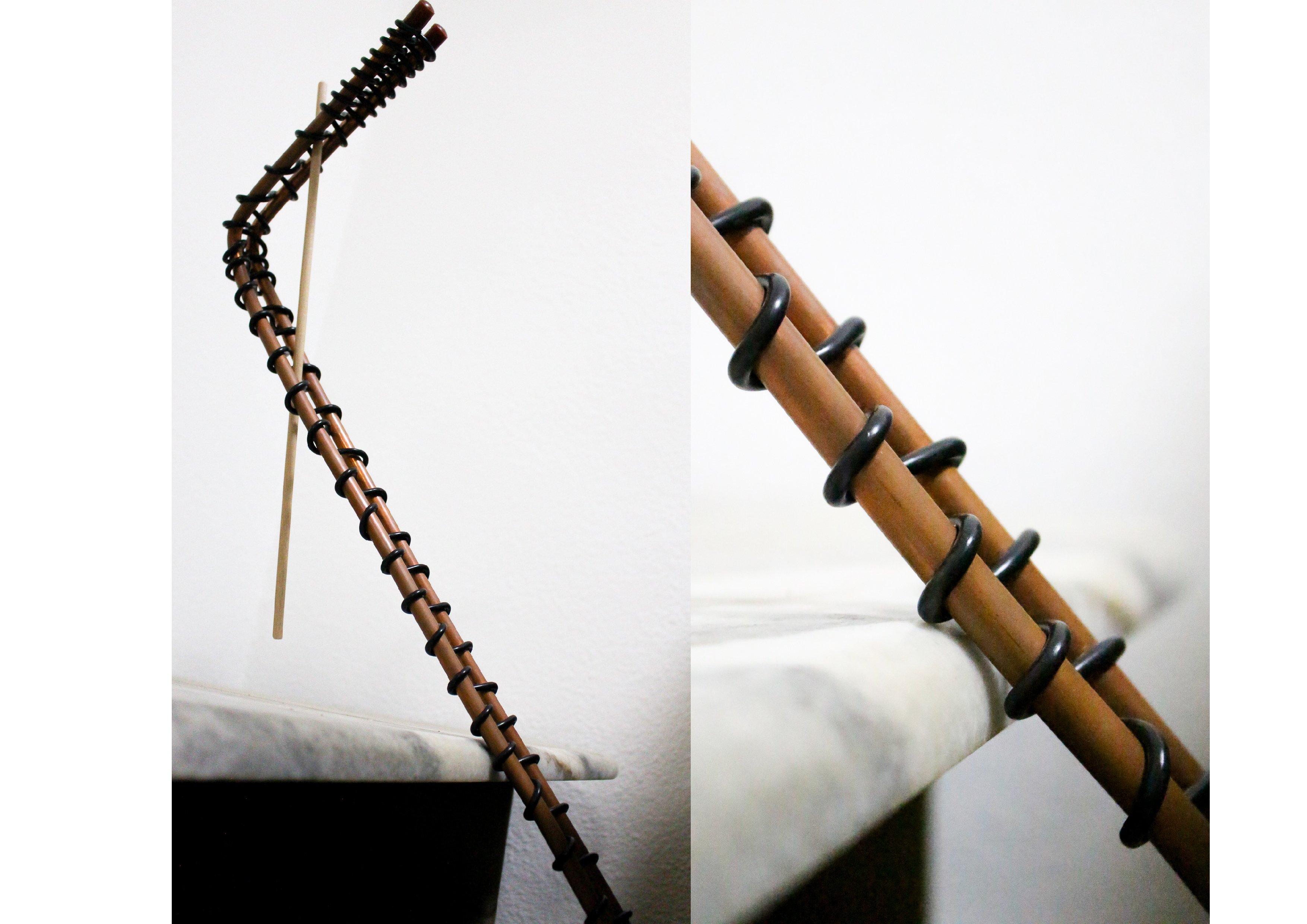 To view it at high resolution: https://drive.google.com/drive/folders/1U_r3lCQKzKmPop0RSXZYyhbaLRpm1Xuj?usp=sharing 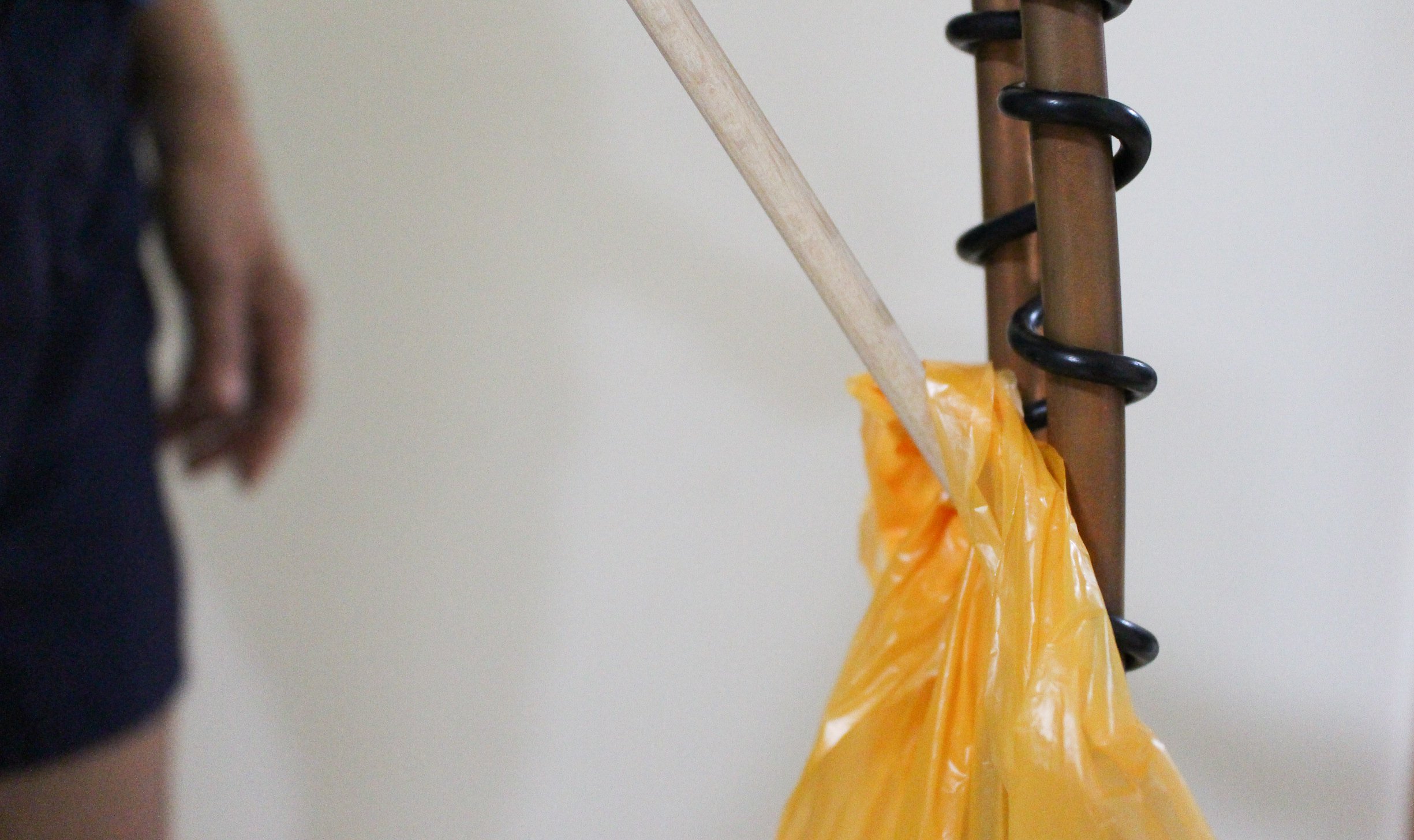 I created a folder for my infographics because there was a limit to how big my file could be.