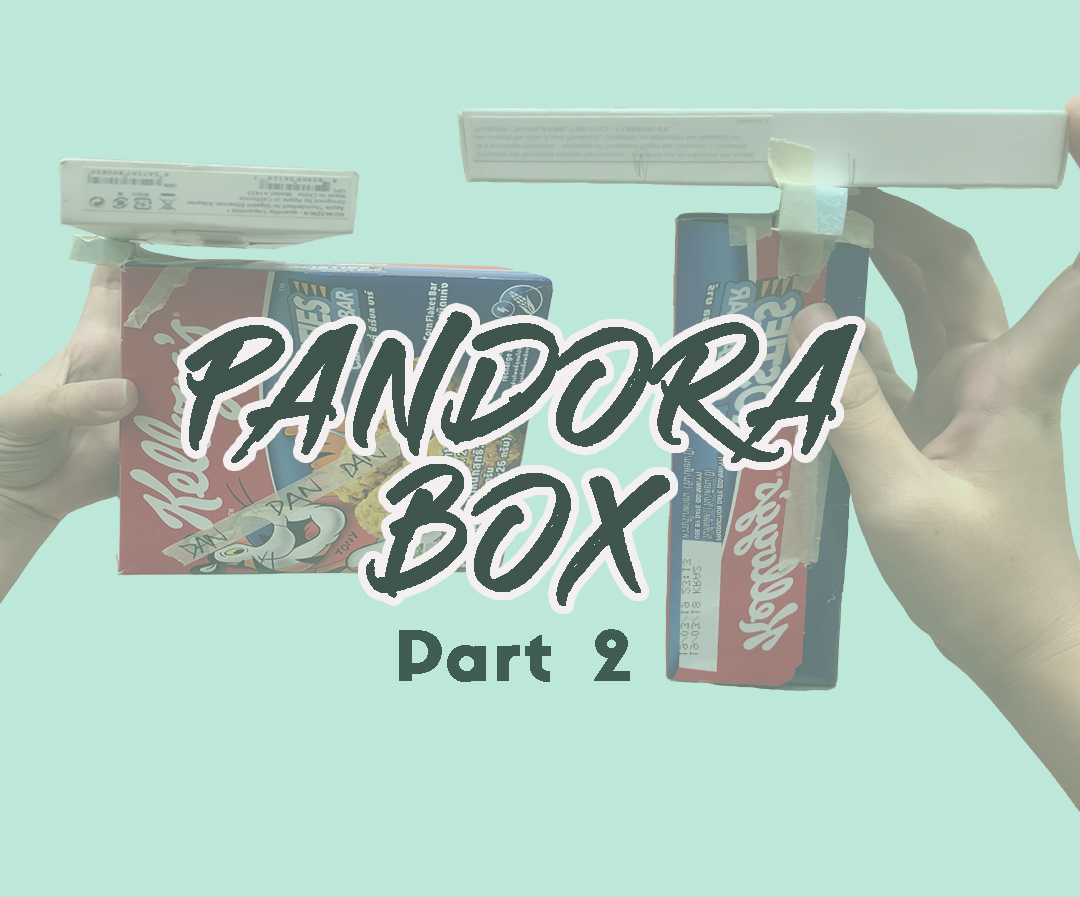 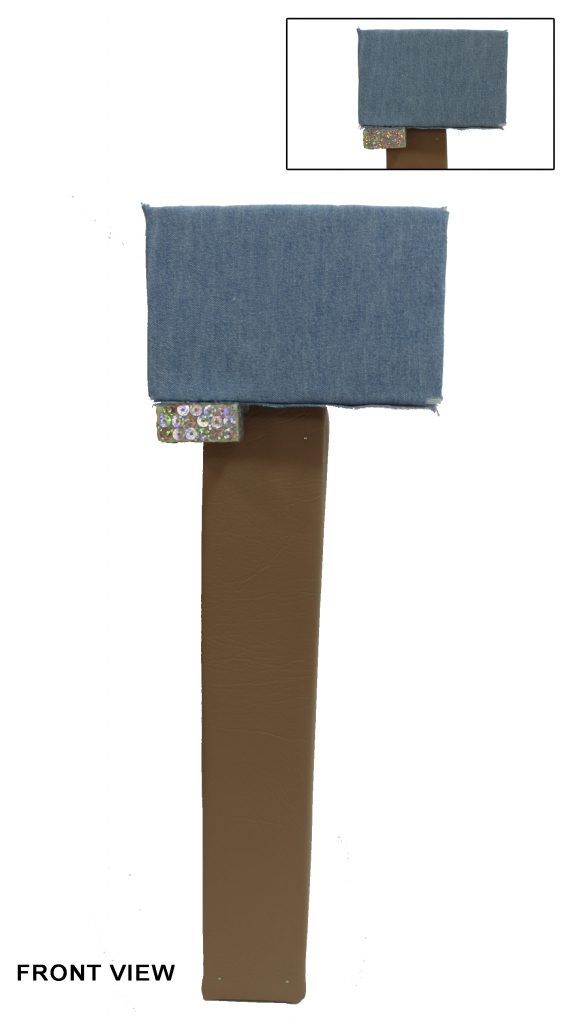 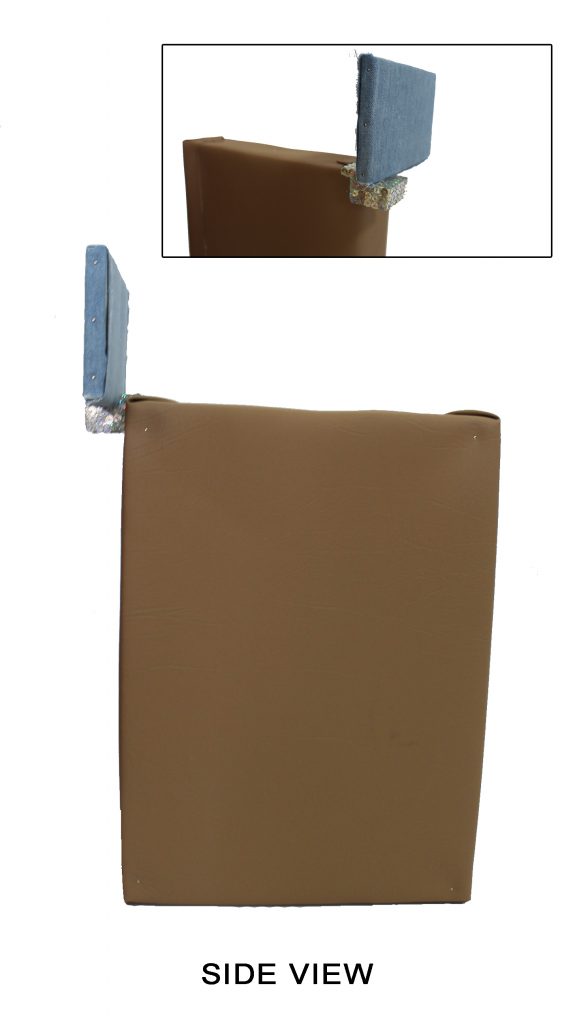 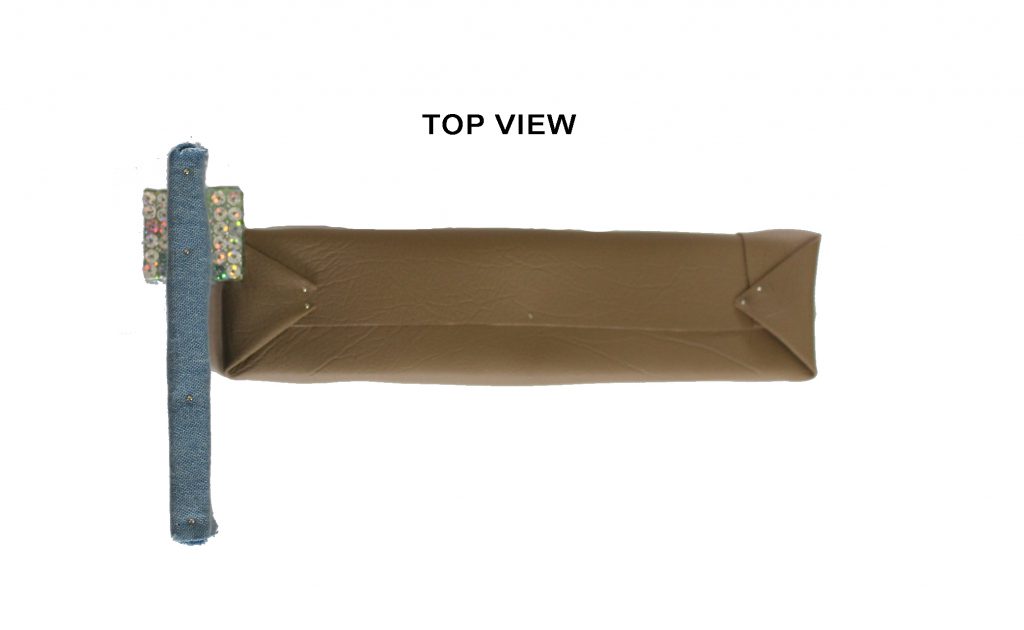 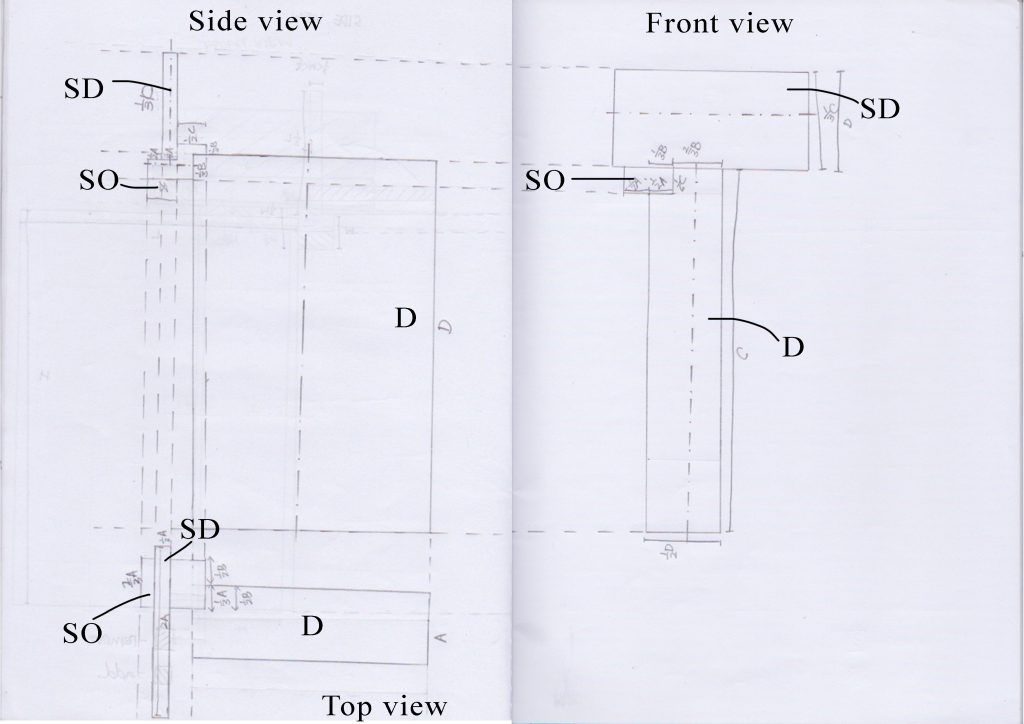 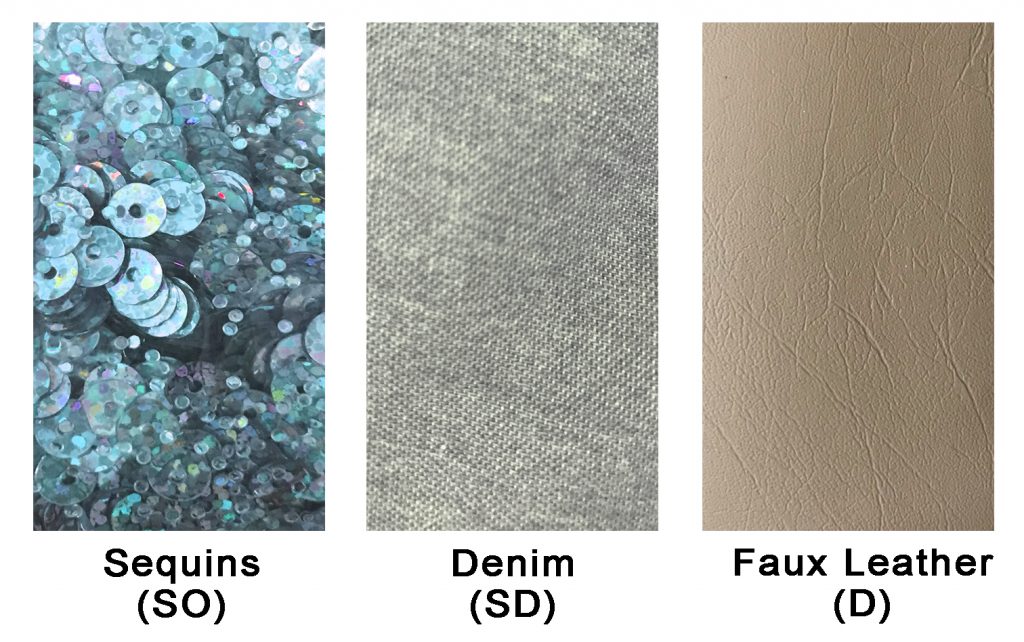 The final materials were chosen because I wanted to bring out the different textures and elements there were in different kinds of fabric. The way they were pieced together would complement one another to fix one cohesive piece.

The faux leather used on D would bring out it tough-ness and how bulky it is.

The denim used on SD would give it enough characteristic to bring out its existence but not enough to steal the show.

The sequins used on SO is to grab attention so that it would not be lost in the bulky D. It’s almost illustrates the ‘bling’ ‘the finishing touch’  that Cheryl describes of a SO. 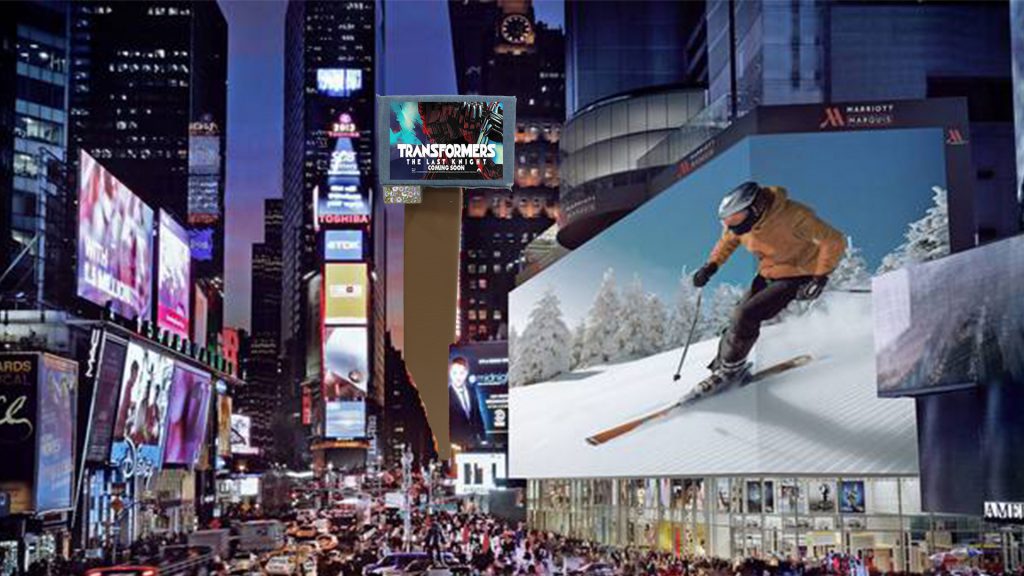 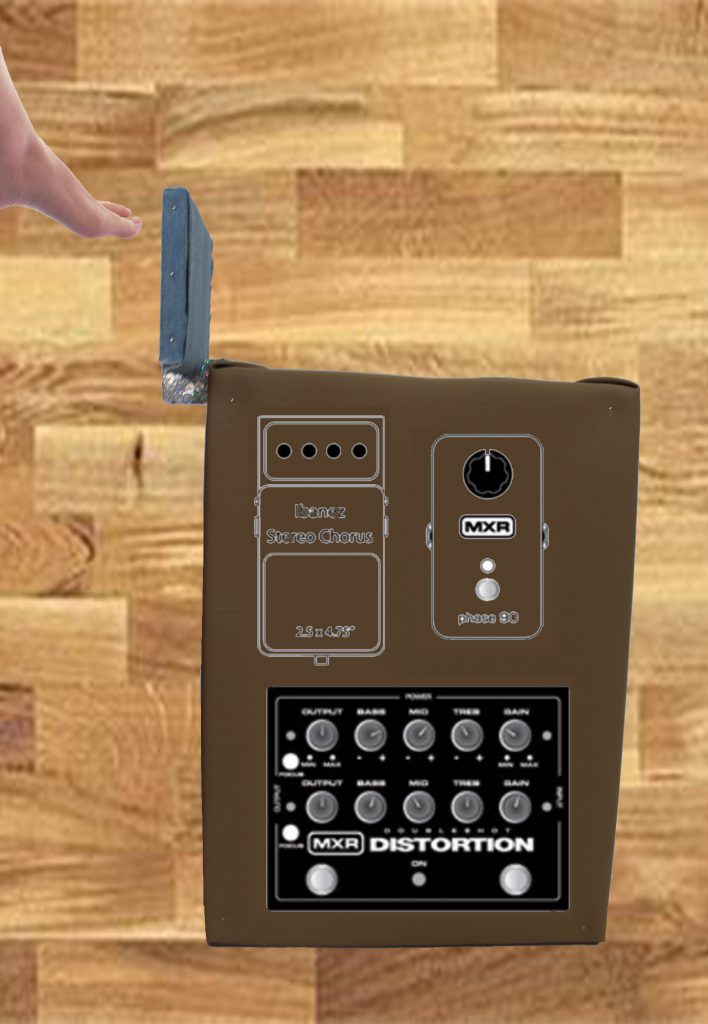 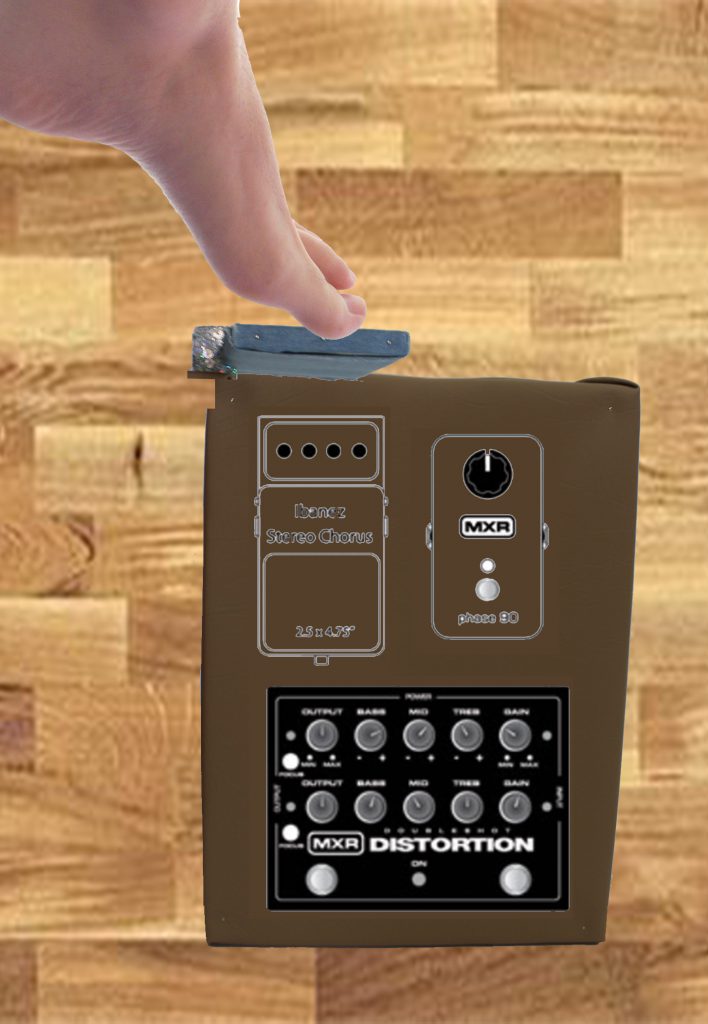 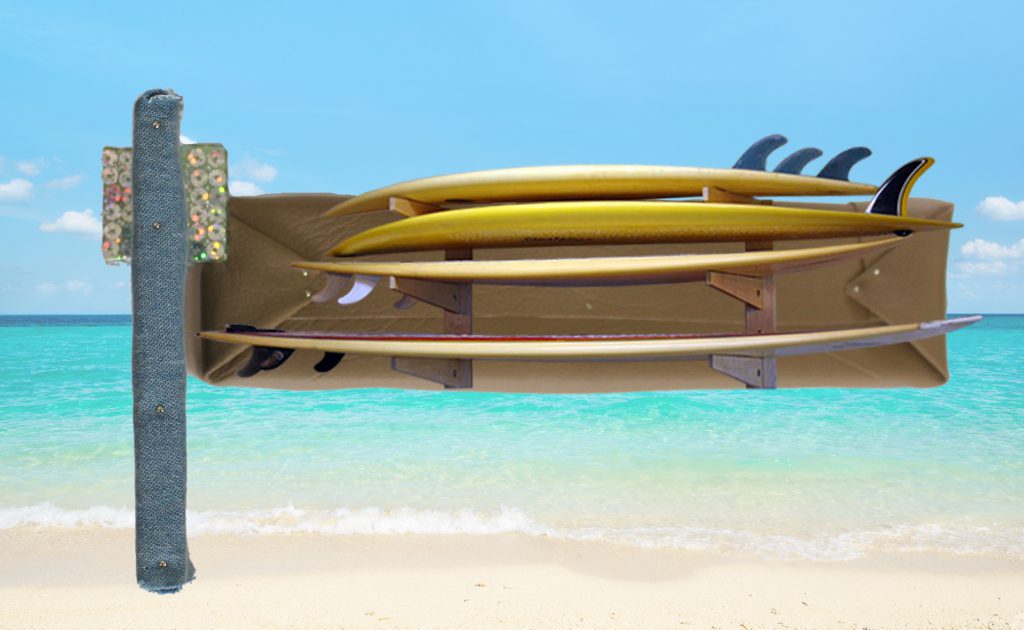 The project has taught me to the concept of distinguishing D,SD and SO. Even though I still don’t have the sharpest eye for it, I am still going to hone the skill of integrating it into my future designs because I do see how it acts as the fundamental breakdown of an object. 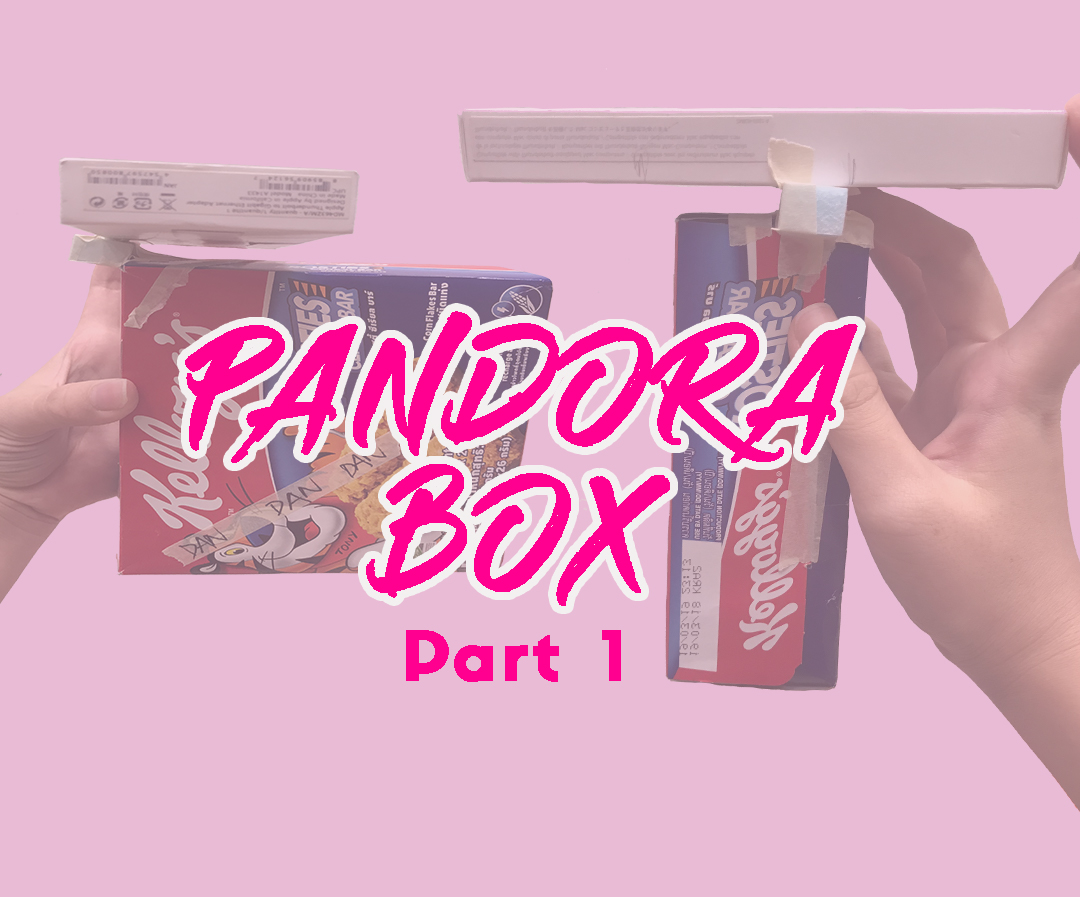 According to Dictionary.com, it is to combine in such a way as to enhance or emphasise the qualities of each other or another.

At first, there were 3 3D Sketch models. 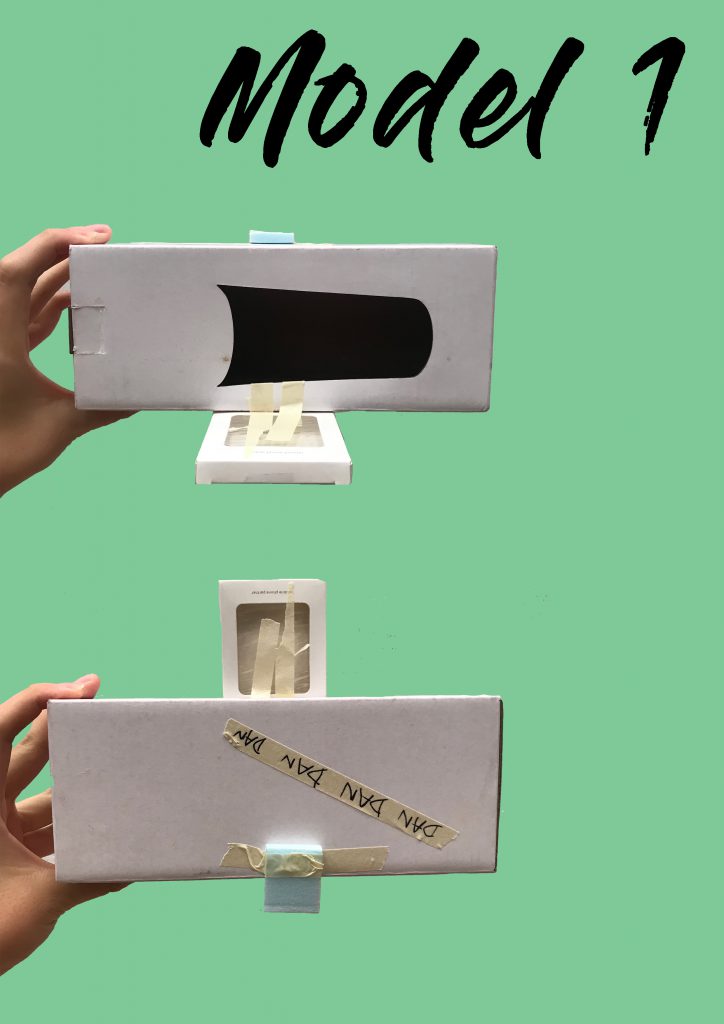 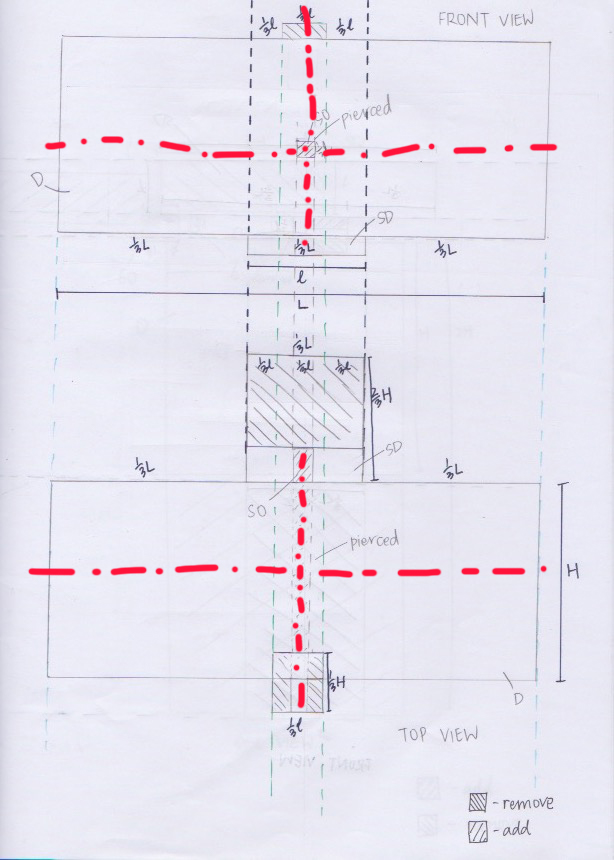 Model 1 was created down the line of symmetry into to act as the base of comparison between 3 boxes. This helped to bring out the differences in the width of the boxes. However, Model 1 had too many similar lengths.

In order to make it interesting, I have attempted to pierce the SO through the D (still at the line of symmetry). 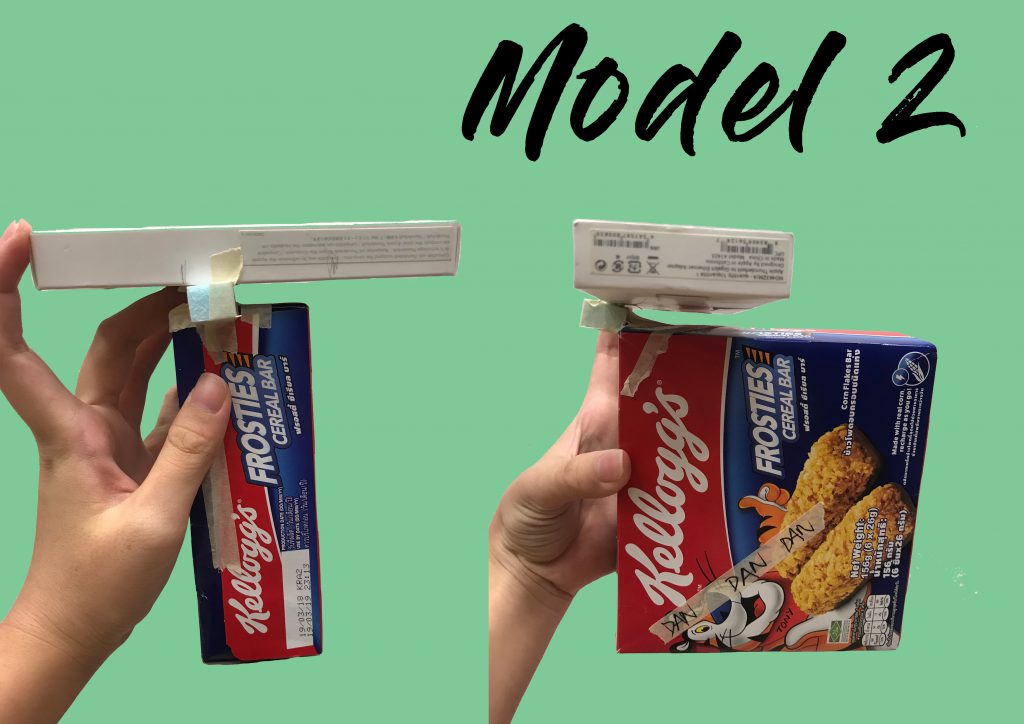 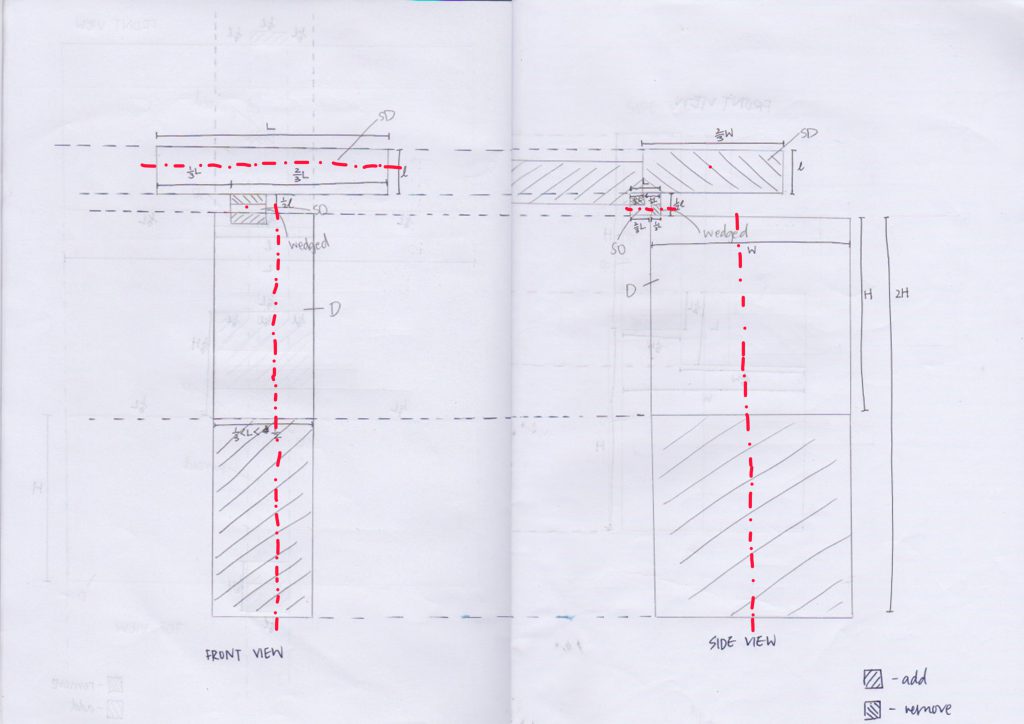 Model 2 was created with the intention to play with moments. To do so, I had 2/3 of the SD hanging out and having the SO act as an anchor that the 1/3 mark. One concern was that L could have been to similar to H.

Hence, I decided to double the length of H in order to greatly distinct it apart form the rest and also to give it its own characteristics of ‘Bulky-ness’.

I also decide to wedge SO and then move SD in front in order to move away from the boxes being flushed to 1 side. 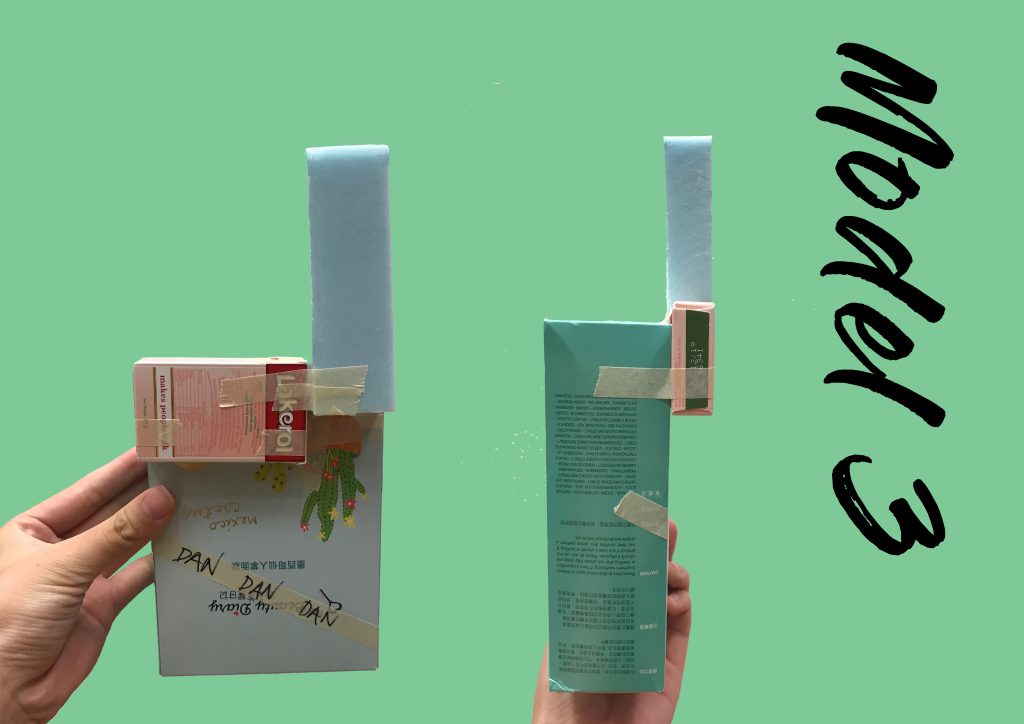 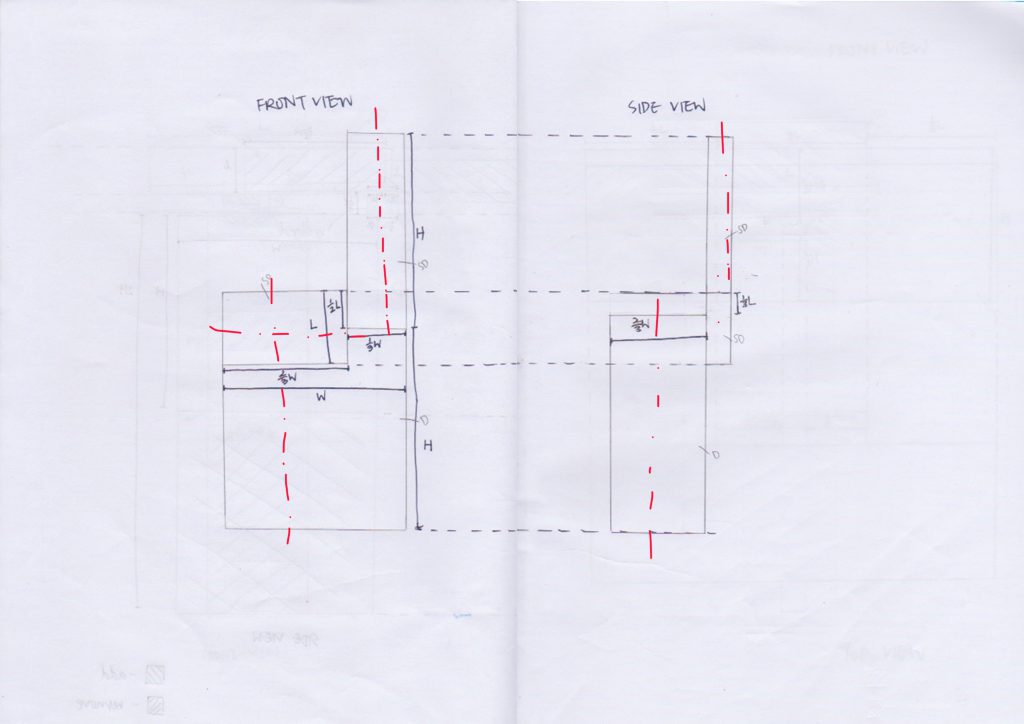 Model 3 was built around the idea of having the length 2 boxes(SD and SO) to match and line up the length of 1 box(D). However, even though it might have brought out the characteristic that D was large however, SD and SO lost its touch and was outshined. It was also noted that the boxes tend to flush to one face.

Hence, since this concept is not the best to bring out the word ‘Complementary’, this model was eliminated at this stage. 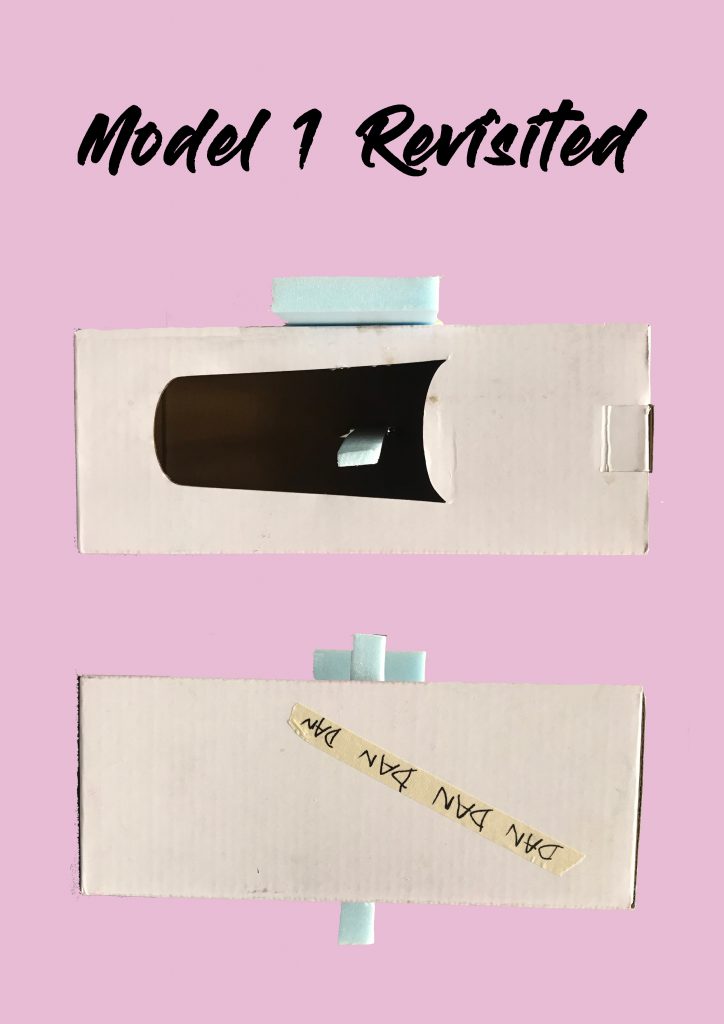 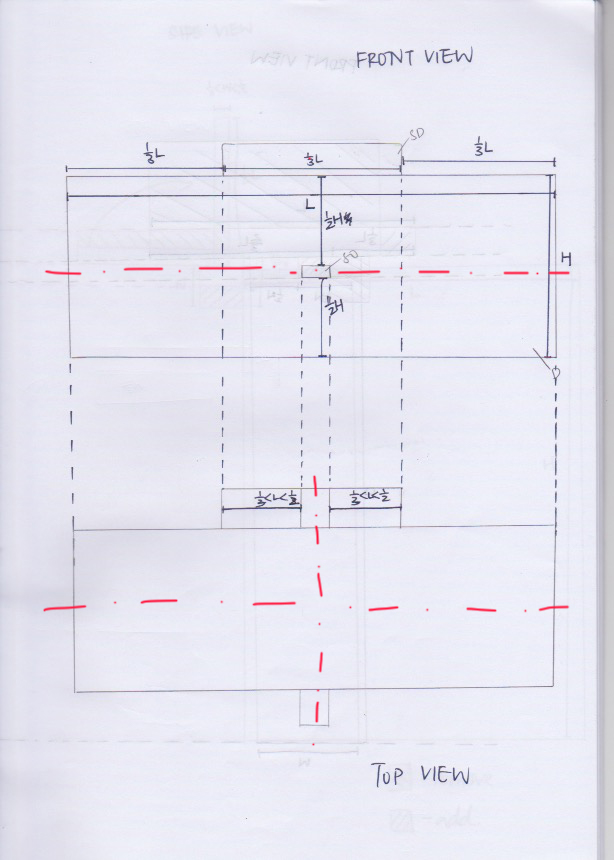 Revisited model 1 and made the changes. However I decided to drop this model at this stage because SO and SD still stands at an ambiguous stage whereby both of which still looks pretty similar. Piercing SO into the box also played a factor in the ambiguity. Hence, despite the rectification, I believe that model 2 would have more potential than model 1. 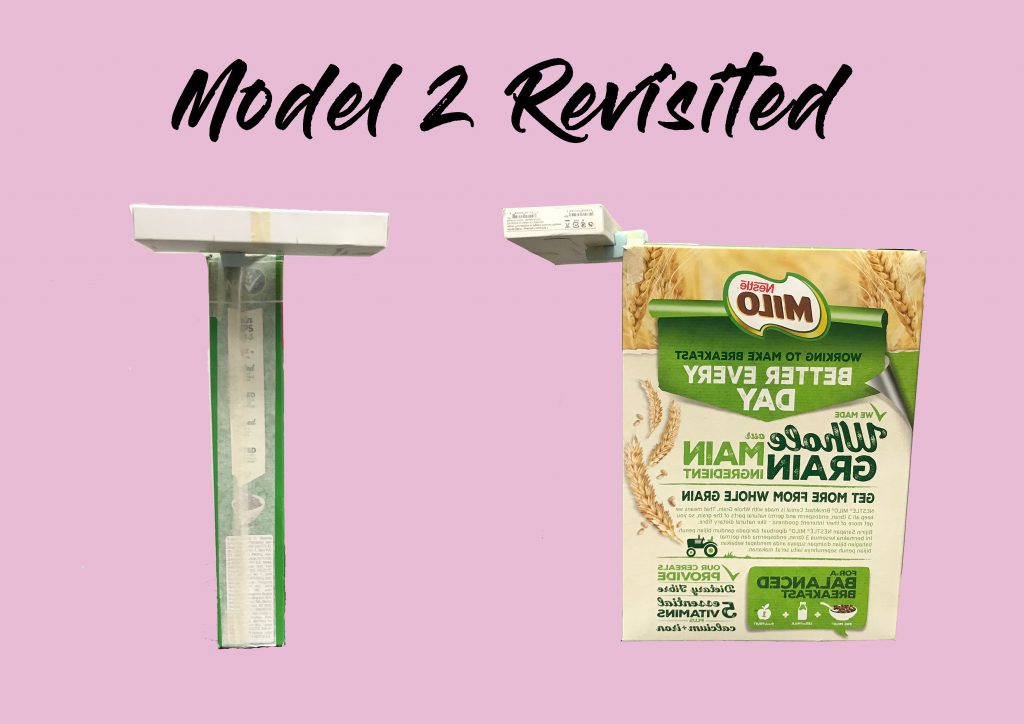 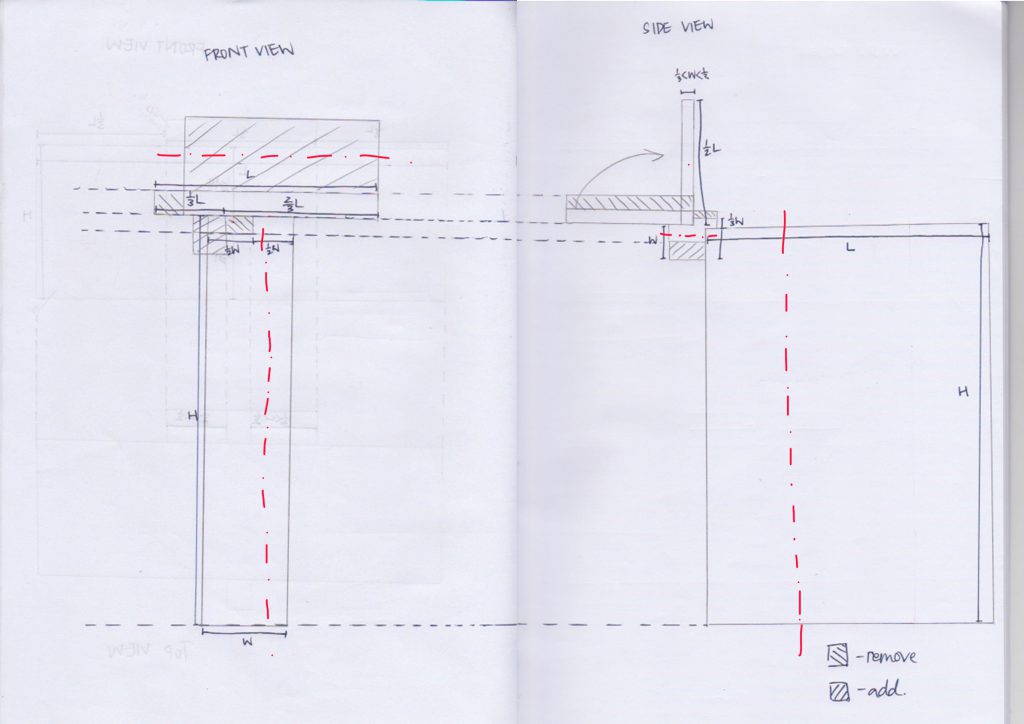 Personally believe that Model 2 had a more distinct difference in SO,SD and D. I decided that the orientation on SD could have been changed in order to help with its distinction in the front view. I have also decided to move SO to the left slightly to give it a more interesting structure where SO is jutting out. Some adjustments still needs to be done such as shaving SD by half and adding more foam to the SO in order to make sure that the lengths don’t match.

Keep a look out for the next post on how the final model 2 will look like as well as its applications! 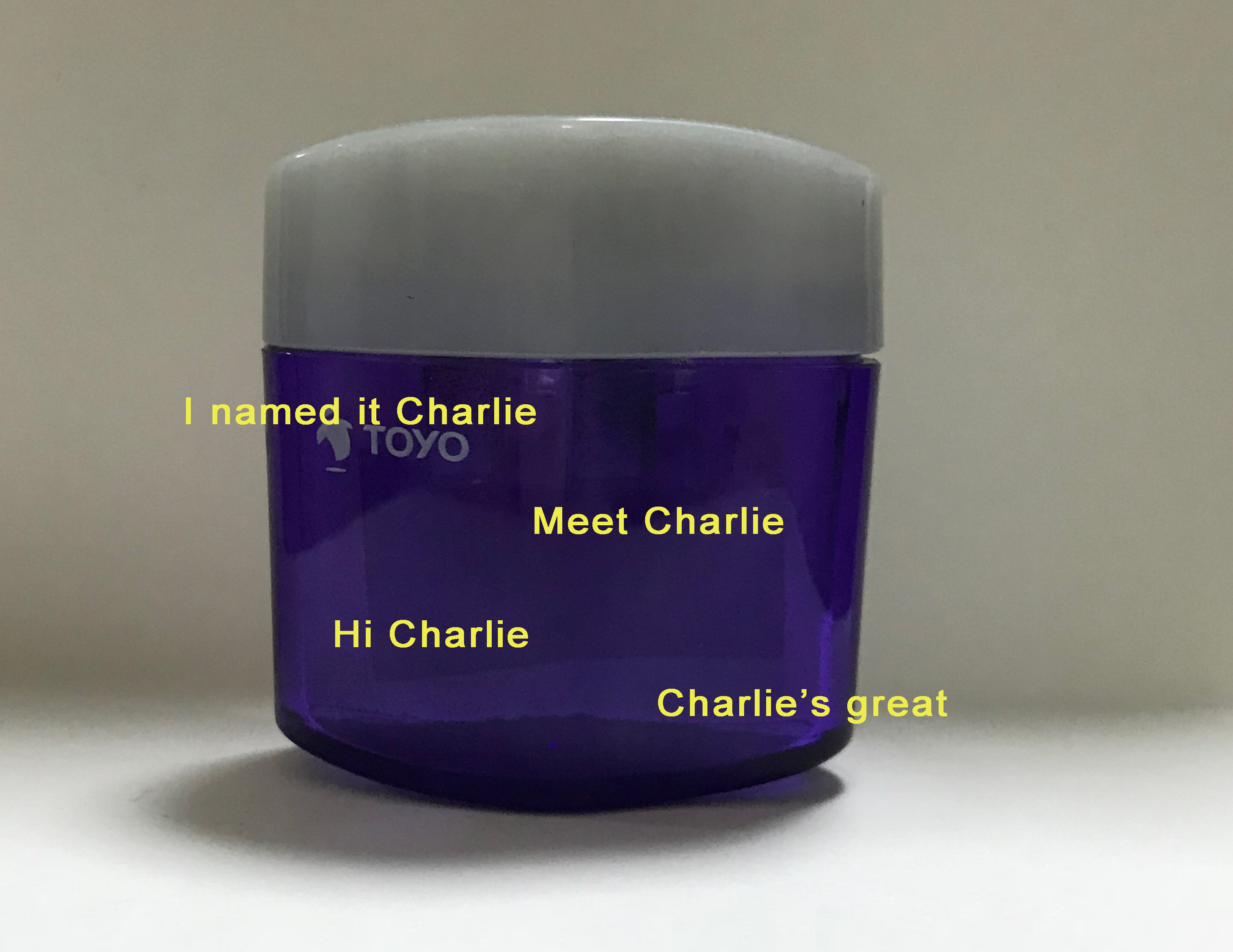 Meet Charlie. Clearly he loves purple (dominant). As for grey- not so much (dominant). He’s been labelled TOYO (sub-ordinate) but its 2018, he isn’t just going to accept it. On first look, you will notice he’s really curvy. He is really great. A really great Sharpener. 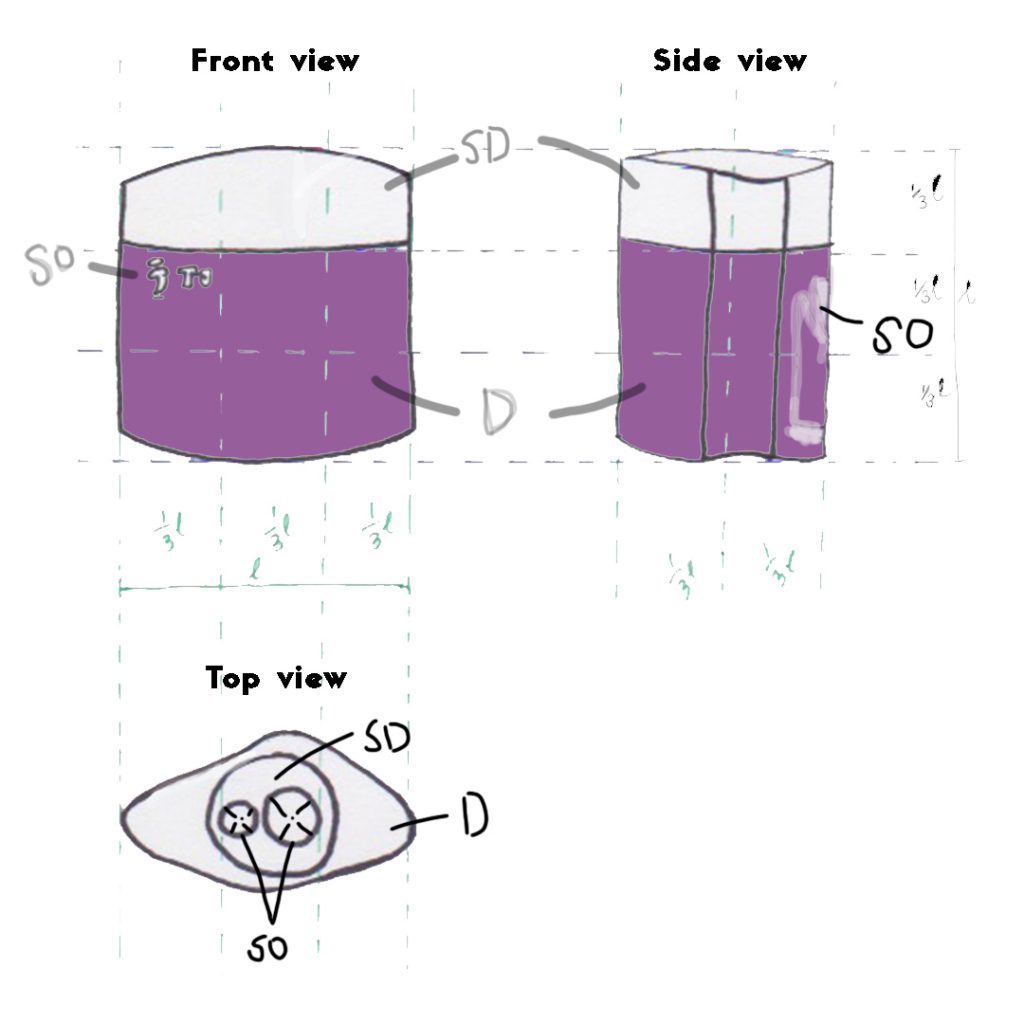 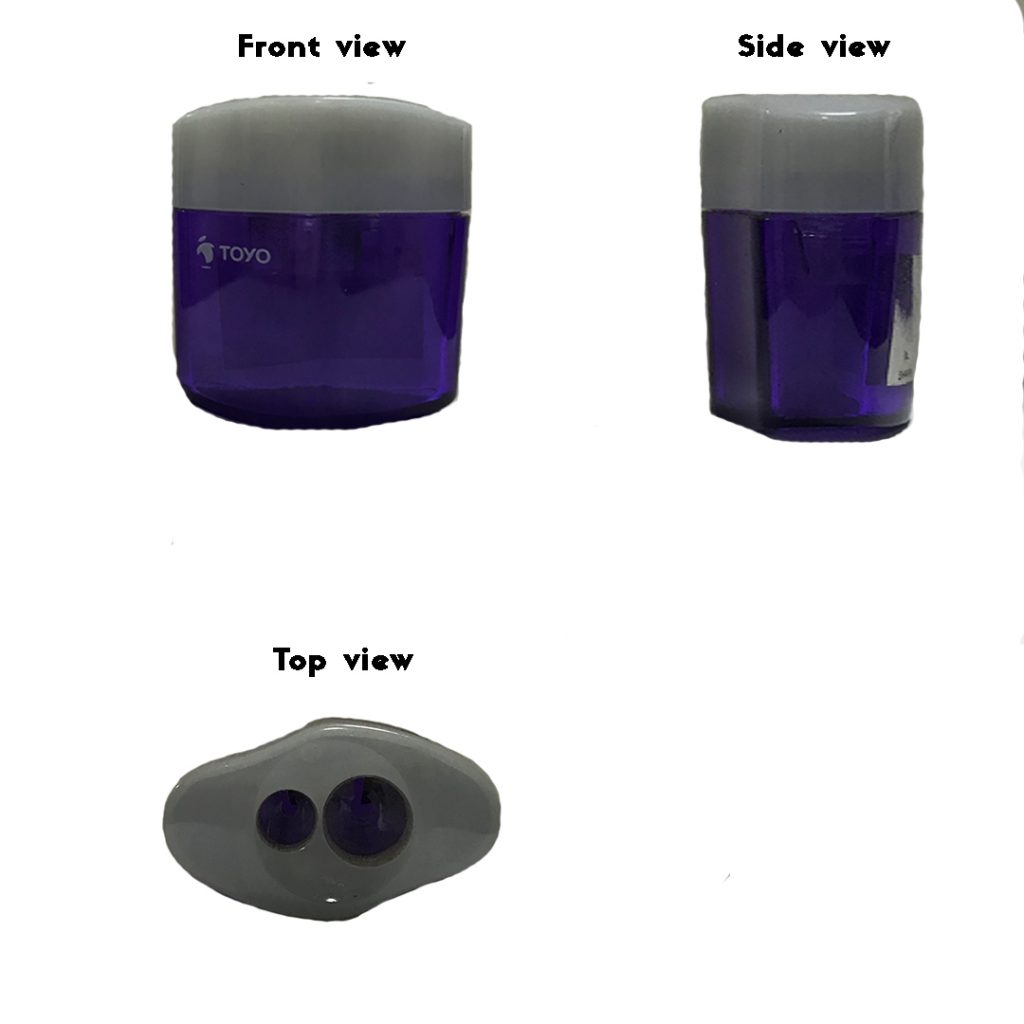