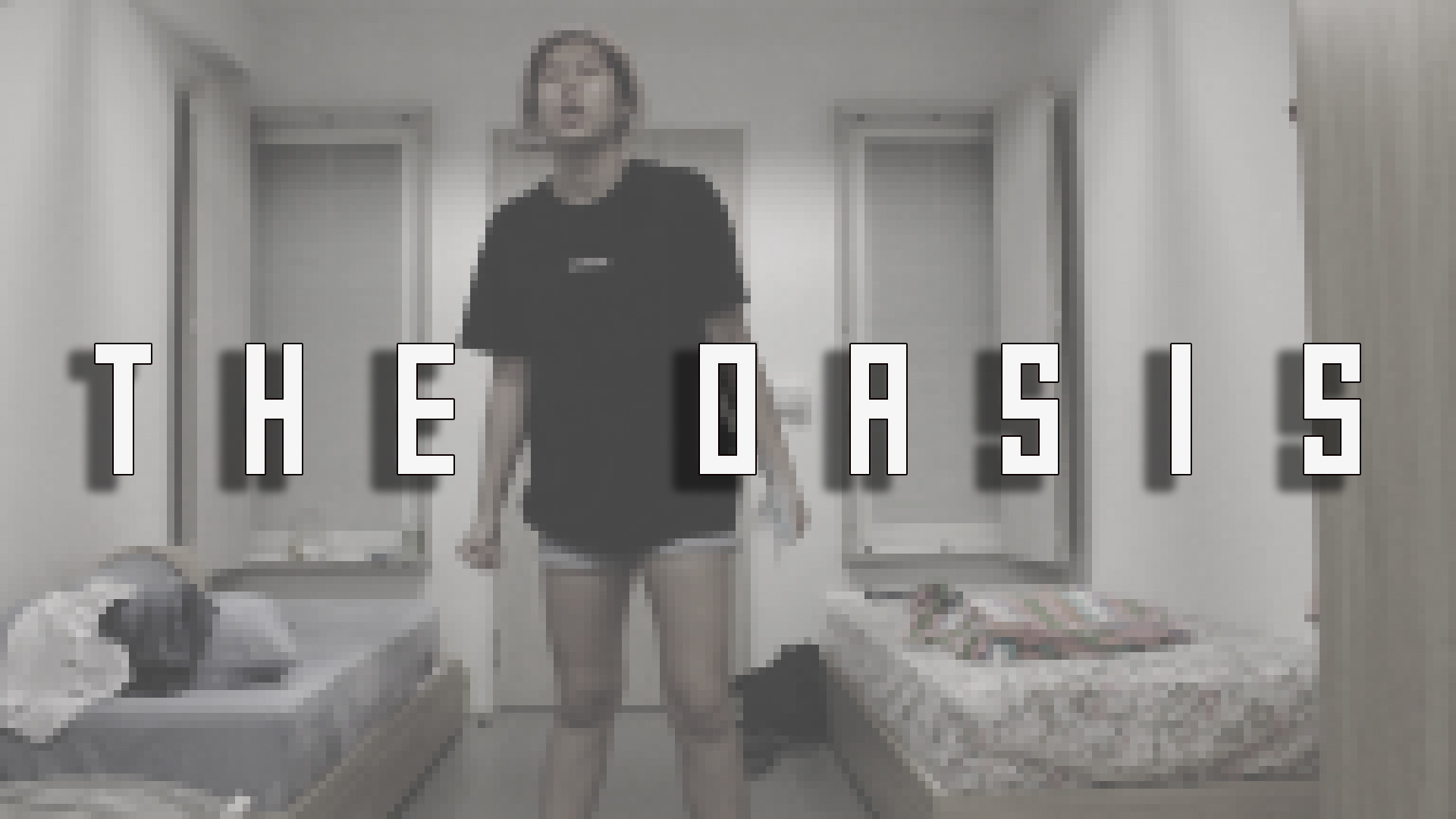 However, before continuing to Stage 3, 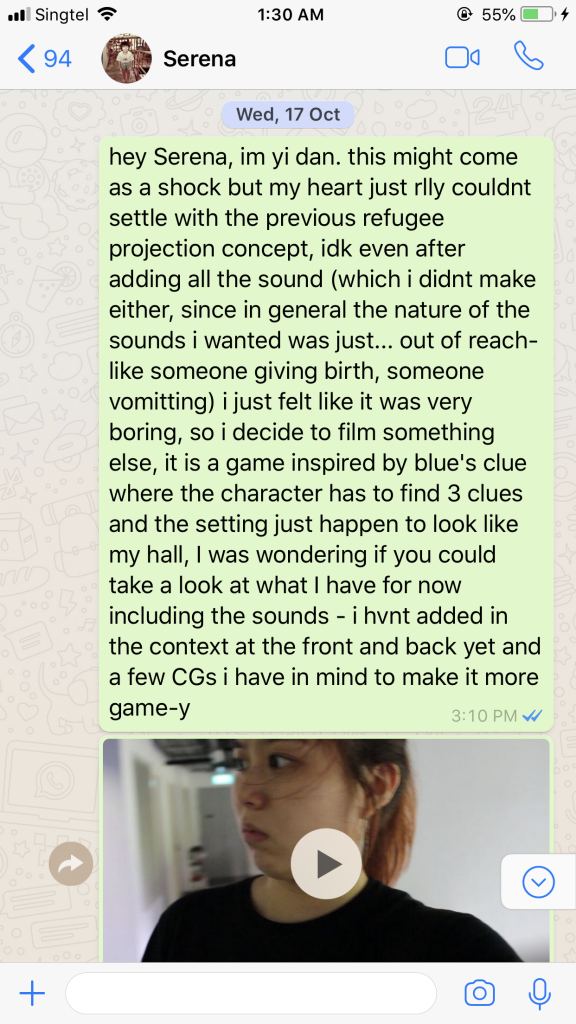 So, yes, I went back to my list and decided to re-do with Idea 4.

Really glad given the limited time, the second idea didn’t turn out too shabby

This video is titled ‘The OASIS’ to pay tribute to its inspiration. This short video is inspired by the film Steven Spielberg’s Ready Player One. What you see is my character, which looks like me, in a virtual reality space. So in Ready Player One, avatars were able to gain coins the VR space by playing games in different sectors, to buy stuff in the real world such as gears, running tracks ; so similarly, in my video, my avatar was initially worried because she had no more cash left.

Also, in the movie, there were many retro references made such as RoboCop, Startrek, so I tried to do something similar by using a Windows pop up, Super Mario’s coins, sound effect and the avatar was also playing a game based of a old cartoon show Blue’s Clue.

Why I chose this concept, because I wanted to show how cartoon, game made sound effects can merged with real life sounds can come together simultaneous to form cohesive. It might be a virtual reality space but you can still use real life sounds to aid the message you are trying to send across.

Filming and organic sounds were done by me.

I mainly used the technique of Foley, such as, to recreate the sound of
1. the first contact of the hands with the cloth hangers: i placed a metal straw into a cup and swirl it around
2. arms swinging: i grabbed the curtains and dragged it down really fast
3. footsteps: i used my leather wallet to hit against the table because leather would provide a soft tension upon lifting up
4. body stretching: tore tissue paper and recorded the sound just before the breaking point.

These are a few examples. I mainly looked at tutorials and researched  online. Such as: https://www.youtube.com/watch?v=TSARKDwU0og&t=776s
Then I varied the real-life sounds to give depth to the actions such as how hard i’m hitting the shelves

I have also given sounds effects to the actions my avatar made, such as, her head spinning, her body stretching and her eyes opening to exaggerate her actions and these sound effects were from Creative Comms.

I also had voice-overs to let you hear what my character is thinking, and to provide engagement.

Then the computerised sound effects such as the ‘Round 1’ ‘Game Over’ Narration or the Mario coin sound effect to tie the whole retro, VR theme together.

Hope you enjoyed my documentation!